Review: Gas At The Barbican Known of course as a club producer and co-founder of the Kompakt label, Wolfgang Voigt is a man of many talents, but it’s the GAS moniker under which he released a series of ambient techno albums in the late ‘90s that, taken as a whole, have become one of the most revered bodies of work in modern electronic music. Extolling the virtues of repetition, last year the writer David Stubbs memorably described GAS as “the link between Krautrock and the great dancefloor movements of the late 20th/early 21st century”.

Having become disaffected by the “tight-ass” rock and pop scene of the ‘80s, Voight welcomed the “anonymity” of acid house, and his home city of Cologne became a particular techno stronghold in this brave new world. Inspired by Voigt’s teenage acid trips in the Königsforst, GAS is a space where, according to Voigt himself, “the forest meets the disco” – a bit reductive, to be sure, but this gets right at the essentials of the project that draws on notions of the sublime and the role of the forest in Germanic art and folklore.

In fact the name ‘GAS’ itself gets right to the very heart of the music – that is before finding it to be missing, or rather, evaporated. Dense yet simple – not quite ambient, and not fit for any but the most adventurous dancefloor, although of course it draws heavily on the structure and repetition of German techno. Anyway, Voigt revived the project earlier this year for the acclaimed Narkopop album, the first since 2000’s Pop and a worthy addition to the original quadrilogy. The shows that he’s been performing in support are his first in a decade under the GAS name. 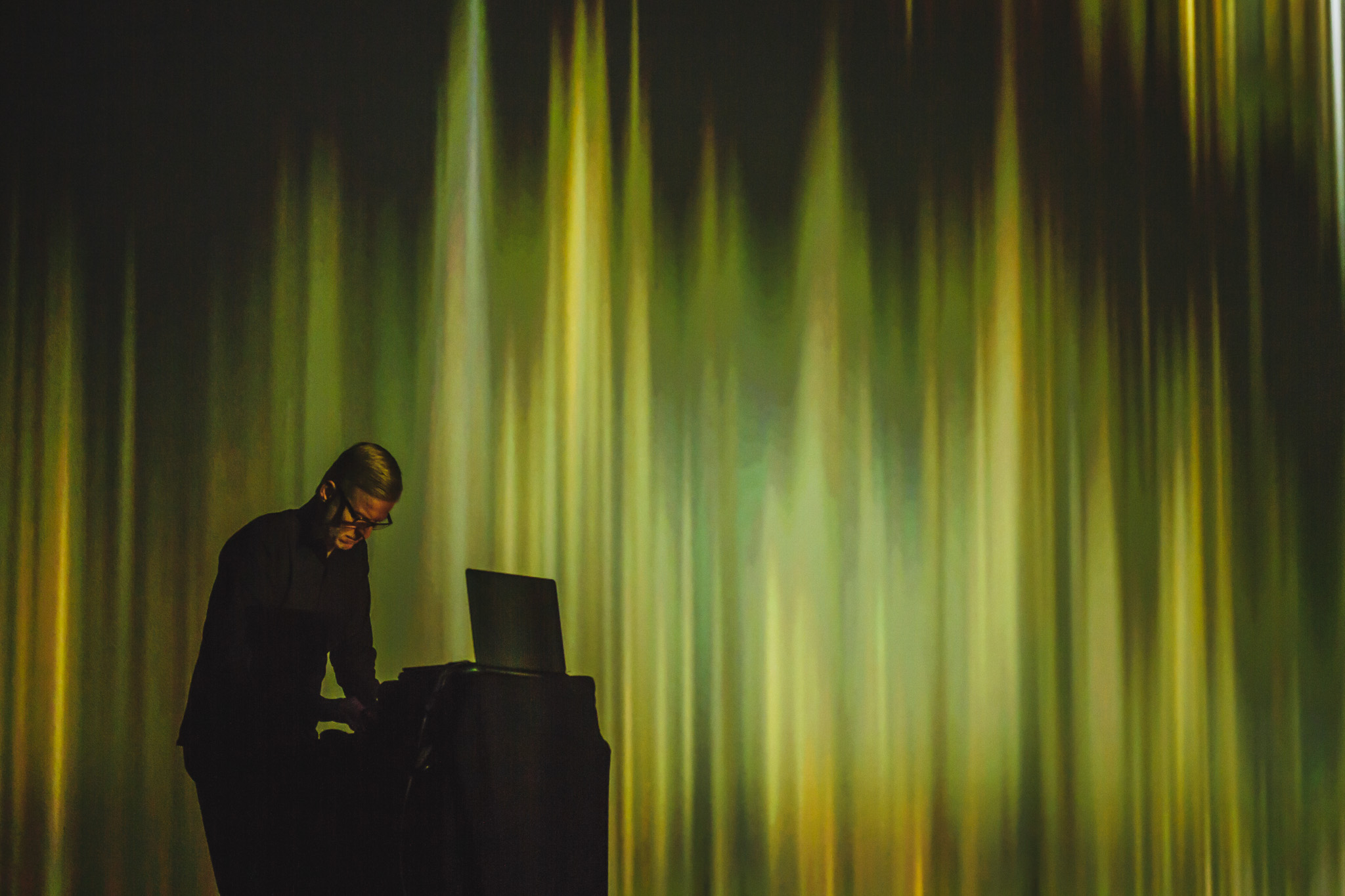 Now look, I’m not gonna lie – I’ve been looking forward to this show a lot, but it’s Sunday evening and I’m feeling well sleepy after a heavy weekend, not helped by the very comfortable seats in the Barbican auditorium. Thankfully though, my rattled mindstate proves to be the perfect way to appreciate an evening of heavy ambient. I spend half the show in rapt attention, hooked on every subtle shift in sound. The other half I spend slumped in my chair, eyelids flickering – usually this would be the nadir of professionalism, but tonight I’ve convinced myself I’m engaging in the most appropriate way. I think.

Huerco S. is up first to whet our appetites. It’s an inspired booking – in recent years the US producer’s music has come to resemble GAS’ in attitude if not in form – claustrophobic ambient that carries echoes of the club within its dark contours. It’s a slight shame the visuals aren’t up to much – they resemble a trippy Durex commercial or a Windows screensaver tooled specially for acupuncturists’ waiting rooms. The music is left to do all the heavy lifting, which is fine – built on thick, sludgy drones and erratic, hammering percussion, it’s a harsh monolith of sound that occasionally feels like it’s coalescing into a melody but then immediately pulls back into the dark abyss.

Soon Voigt glides onstage, his pinched, urbane figure taking up position behind a podium holding his laptop. Dressed in black, with that great screen behind him, you’d be forgiven for thinking he was about to deliver an Apple keynote speech. It’s a no-frills approach to performance (I believe he’s just triggering loops on Ableton) but entirely befitting of the music, which seems to resist any suggestion of being ‘performed’ – it simply is; one long, flowing piece that ebbs and flows in its movements. Though a significant proportion is taken from Narkopop, individual tracks are not easy to discern, so all-encompassing is the effect. At points there are these drawn-out, glacial melodies but they’re hidden among the thicket and you have to strain to hear them. 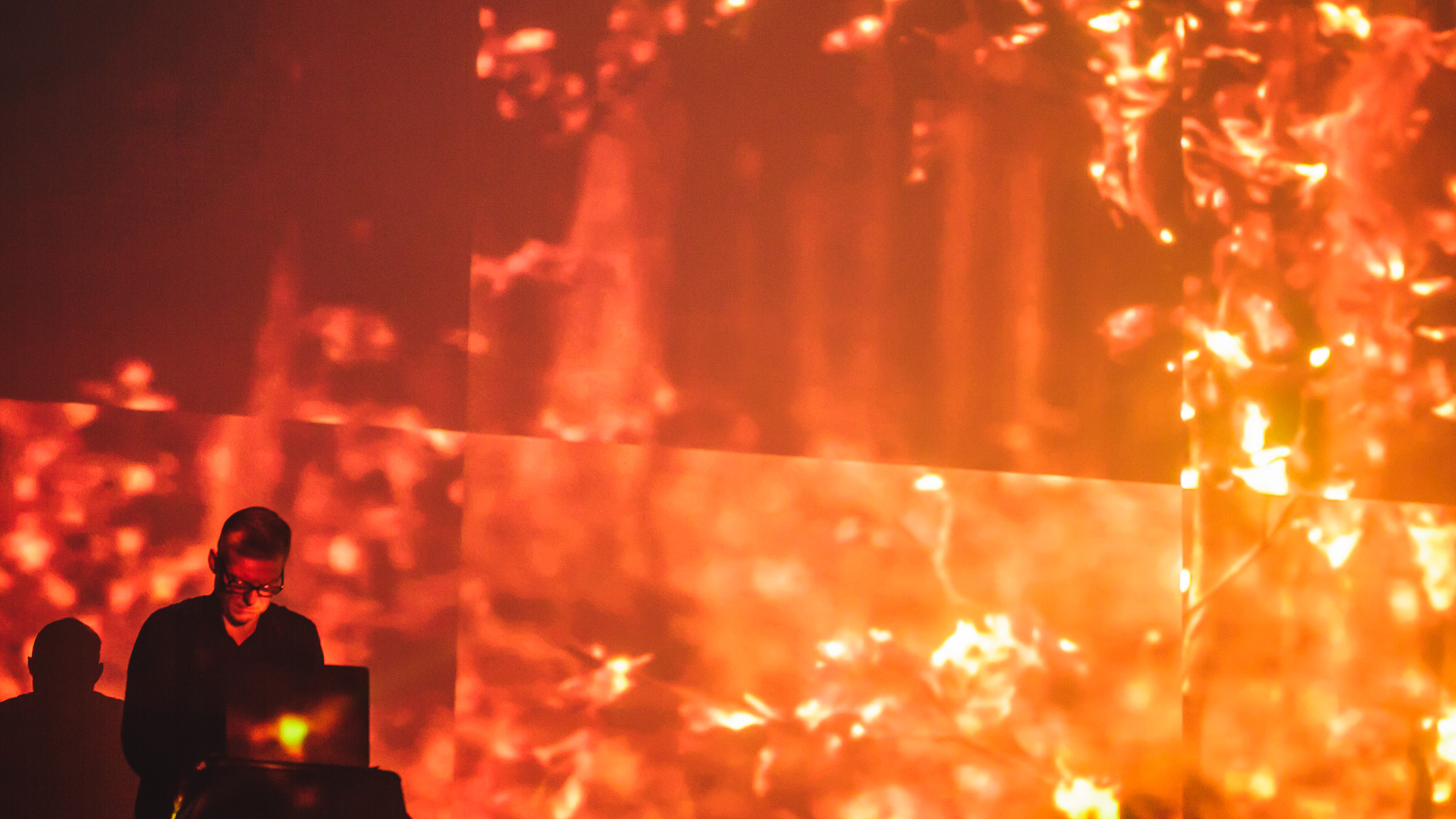 The music expands to fill the huge space, and I feel as though I’m stranded in a thick fog of sound. It’s as easy to get lost in exploring the shifting sonics as it is to zone out to the distant, muffled kickdrums. Enjoying experiencing the concert as a totality rather than as a series of moments, I alternate between submerging my head in the tank and enjoying the pleasures to be found rippling on the surface.

The main thing that keeps your attention though is the digital visuals, which are astounding and perfectly synced to the music that Voigt is controlling from his laptop. It almost feels as though the music was created to fit the images, rather than vice versa. It transports you right to that forest – and fittingly, given that Voigt spent his time there tripping his balls off, it keeps teasing the boundary between fantasy and reality with twisting camerawork, kaleidoscopic effects, pulsating glows and heavily saturated reds, blues and purples. The emotional range conjured up is staggering, especially given the thematic limits.

Throughout the unbroken performance it’s near impossible to judge the reaction of the seated crowd, so gradual are the dynamic shifts. But when the performance finishes and the letters ‘G A S’ slowly fade to life on the screen, Voigt steps out humbly to the front of the stage and is met with rapturous applause and appreciative energy which is finally unleashed after building for an hour. The word ‘timeless’ is undoubtedly one of the most criminally overused adjectives in music writing, but now removed from the minimal techno explosion around the turn of the millennium and the period which the GAS project helped to usher in, it’s easier to enjoy Voigt’s strange, unknowable, evocative music as pure sound, untethered from its reference points. That the performance leans on Narkopop’s more immediate, symphonic elements helps tie it to the concert hall space, and results in one of the more memorable performances I’ve heard for quite some time. 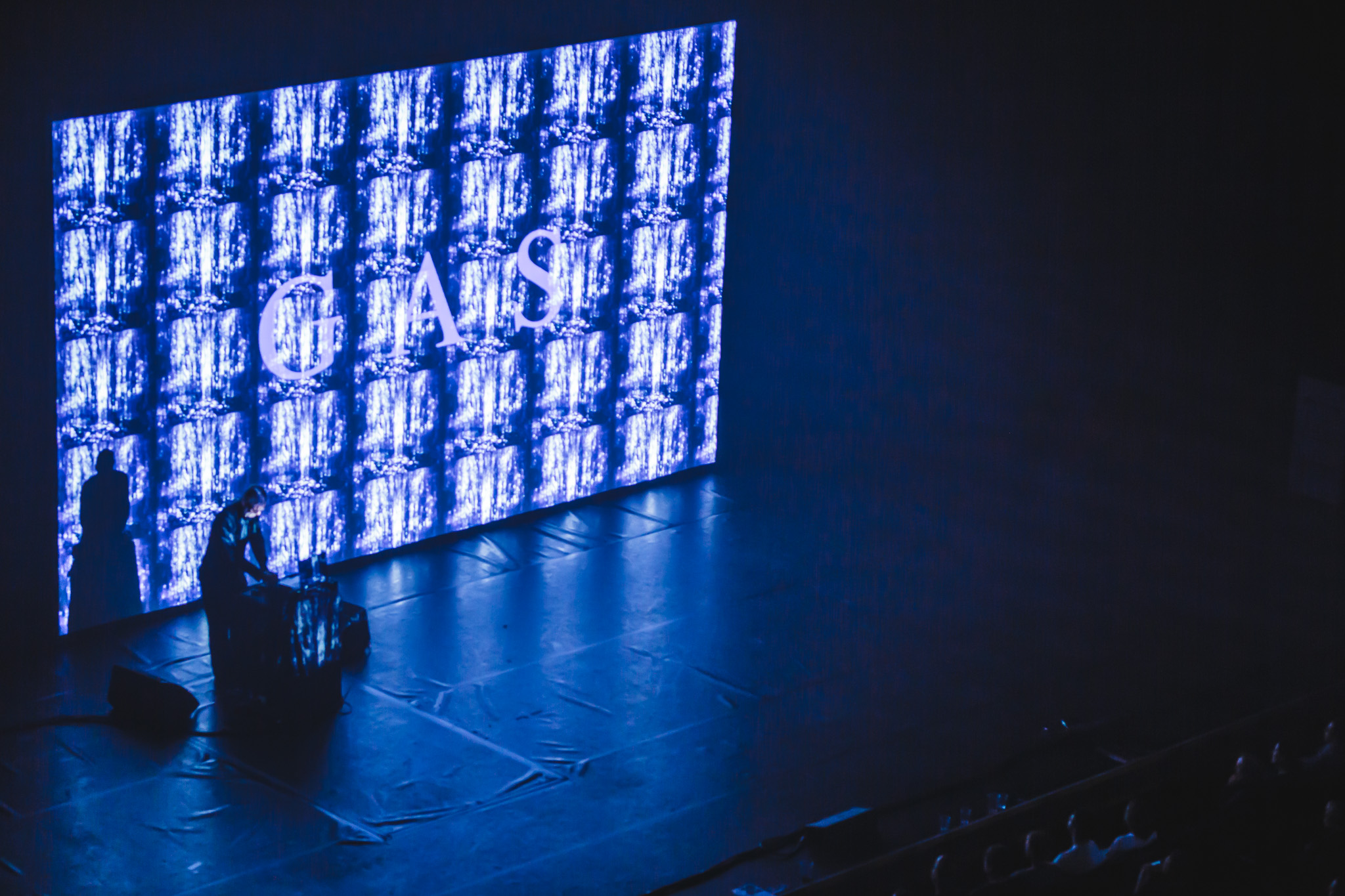