With a cluster of events scattered all across Amsterdam for the much beloved ADE, it can be hard to know where to go, who to see, and who to give your money to. I’ve got a few suggestions…

Right. If you’ve managed to swindle the whole week off of work, you’re one of the lucky ones. In taking advantage of this ‘mid-week liberation’, I’m hedging my money on you’re arriving at Schipol on Wednesday. So it should.

If you’re concerned about this early arrival, fret not, there’s a climax of events that will steadily guide you throughout the week until De School’s closing party on Sunday night. 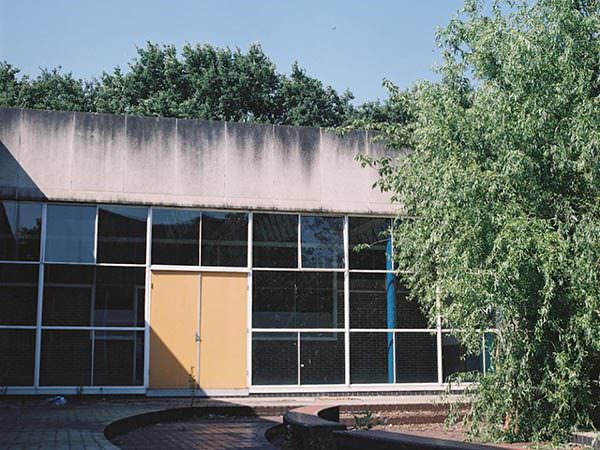 Conversations in the lead up to the festival have rightly called into question Konstantin’s appearance on four different bills. For obvious reasons, it feels appropriate to suggest that make your way over to “ADE Talks Equaliser – How Can We Be Heard?” at LAB111 (16:00 – 23:00), hosted by the Leeds-based DJ collective “Equaliser” for a late evening talk discussing questions such as: ‘What can we do about male dominated line-ups?’, ‘How can everyone feel safe on the dancefloor?’, and ‘How can we be heard?’.

The collective aims to promote the talent of cis-women, trans women, non-binary and trans people through the setup of workshops. I don’t doubt that this five-hour talk will touch upon a number of different issues which urgently need addressing in light of recent episodes.

Now, the finishing of this talk aligns itself nicely for you to either go and loosen up to Mr. Andrew Weatherall (all night long) at Radion, or check out “Dance With Pride” w/ Avalon Emerson alongside Dr. Rubenstein and others at Shelter. And despite whichever side the coins lands on, I suggest you take it easy at either of these parties, play it safe and ensure that you have plenty of minerals left for the rest of the weekend. It’s going to be a long one.

Chances are that you’re waking up in an AirBnB you’re renting, or maybe even on that mate’s sofa who you met during that weekend you spent in Berlin over the summer. They told you it was ‘cool’ for you to crash at their place when you were in town, and you’ve actually defied all odds by taking them up on that very offer they’re now beginning to regret.

Wherever you might be, if you’re looking to get involved in what ADE has to offer, hold tight. Popping over to De School for €5 to see what the RA and Dekmantel football teams look like in a pair of tight shorts will likely be the main attraction for many, but if you’re rocking around with an ADE Card and you’d rather hear Legowelt talk about cassette tape culture, then head down to ADE Festival Hangout for a 45 minute talk (free for ADE Card holders).

The “Body in Revolt x ADE” event strays away from the slightly ‘nerdier’ options above. This event sets out to explore the link between club culture in the way it can be utilised as a form of activism – using the large-scale protests in Tbilisi as well as the Boiler Room episode from Ramallah in Palestine as two very good examples of the power of dancing. If you fancy putting your brain into gear and explore the fundamental relationship between politics and music then I suggest that you head down to Stichting Mediamatic for this.

Feeling brave, how I could I possibly refrain from selling the idea of going to Noorderschip for the highly anticipated “Ransom Note x Spun Out” event, starring Timothy Clerkin and Optimo. Should my obvious bias towards the Ransom Note leave you unsatisfied, however, the Jack x Pinkman party w/ Lokier and Gamma Intel will no doubt be providing an assortment of flavours over at JACK Amsterdam. 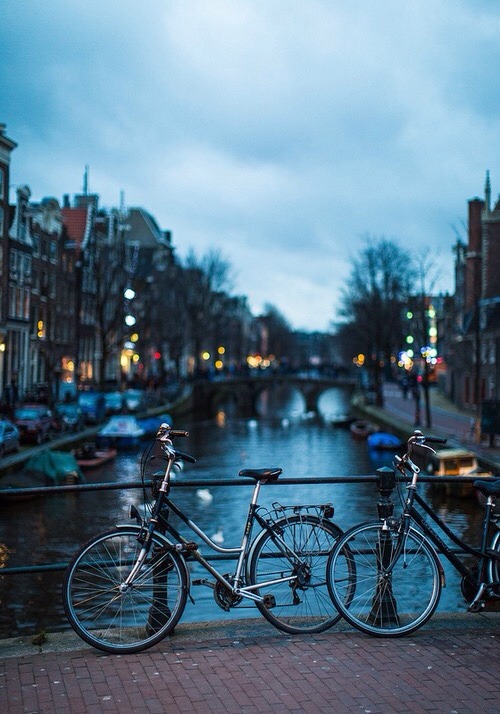 For anyone who’s familiar with the sounds which have been engineered over at Düsseldorf’s Salon des Amateurs, it will be obvious as to why this is very much a day for the Salon – I know at least I’ll be.

Kicking things off nice and early and getting those juices flowing is “The Record Bag(s) of the Salon des Amateurs” over at the ADE Festival Hangout early in the afternoon. You might have to have an ADE Card for this, but if you do, an insight into the record bag of Salon residents Vladimir Ivkovic & Lena Willikens will no doubt keep you on the edge of your seat with an anecdote or two about some obscure 7”s.

You can find your second dose of the Salon administered to all those who head down to Garage Noord for a dance. Take a seat on your newly rented bike (I recommend the place next to Killa Cutz Records) and head over to Ivkovic, Willikens, Rabih Beaini and Merel. Playing until seven o’clock the next morning, expect the usual amount of weirdness and a lot “chug”.

Another one worth catching is Die Wilde Jagd at Muziekgebouw aan de Ring. The Düsseldorf & Berlin-based band can safely say that this year’s been strong one for them. Their latest album “Uhrwald Orange” blew all of us a way with its hypnotic, down-tempo grooves that will no doubt keep you swaying for hours if you go and see them.

Again, if neither of these are up your ‘straat’, the Cosmic Rhythm Label Showcase w/ Jovonn and Rhythm of Paradise at Volkshotel will cater for the house(ier) lot amongst you… In the event that this fails to meet your Friday night needs, Ricardo Villalobos along with the usual suspects will be cooking up something special at Elemenstraat that night too.

Oh, and uh, “Giant Steps x Music From Memory” will be next level whilst Marco is also up to his usual tricks. 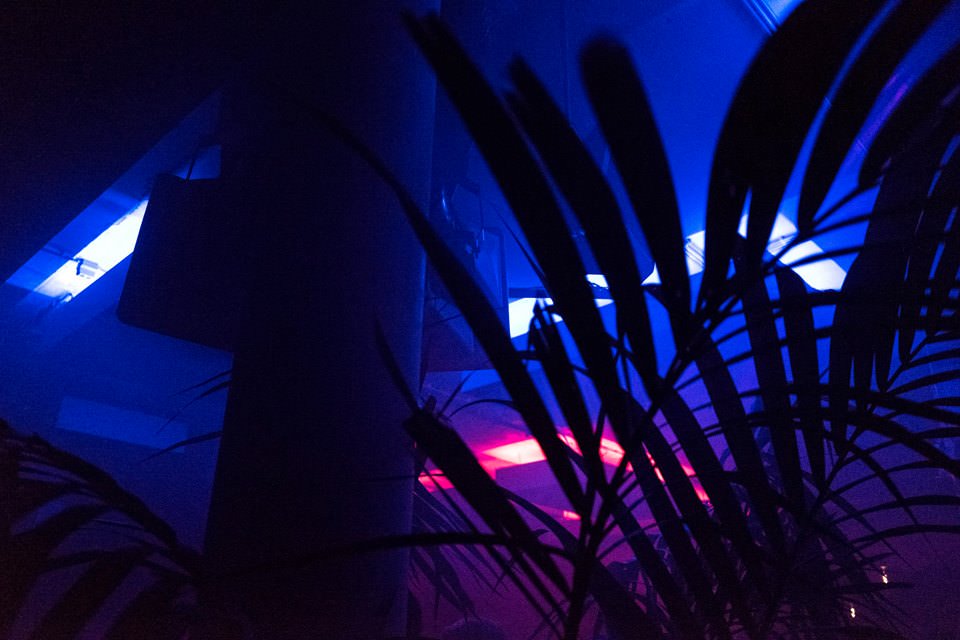 Should you have abided by this guide religiously, you’ll probably be yearning for a change of scenery by this point.

Catering for this change, I suggest that you get on your bike and take what’s left of you over to that coffee shop you always go to whenever you’re in town and do some digging down at Red Light. 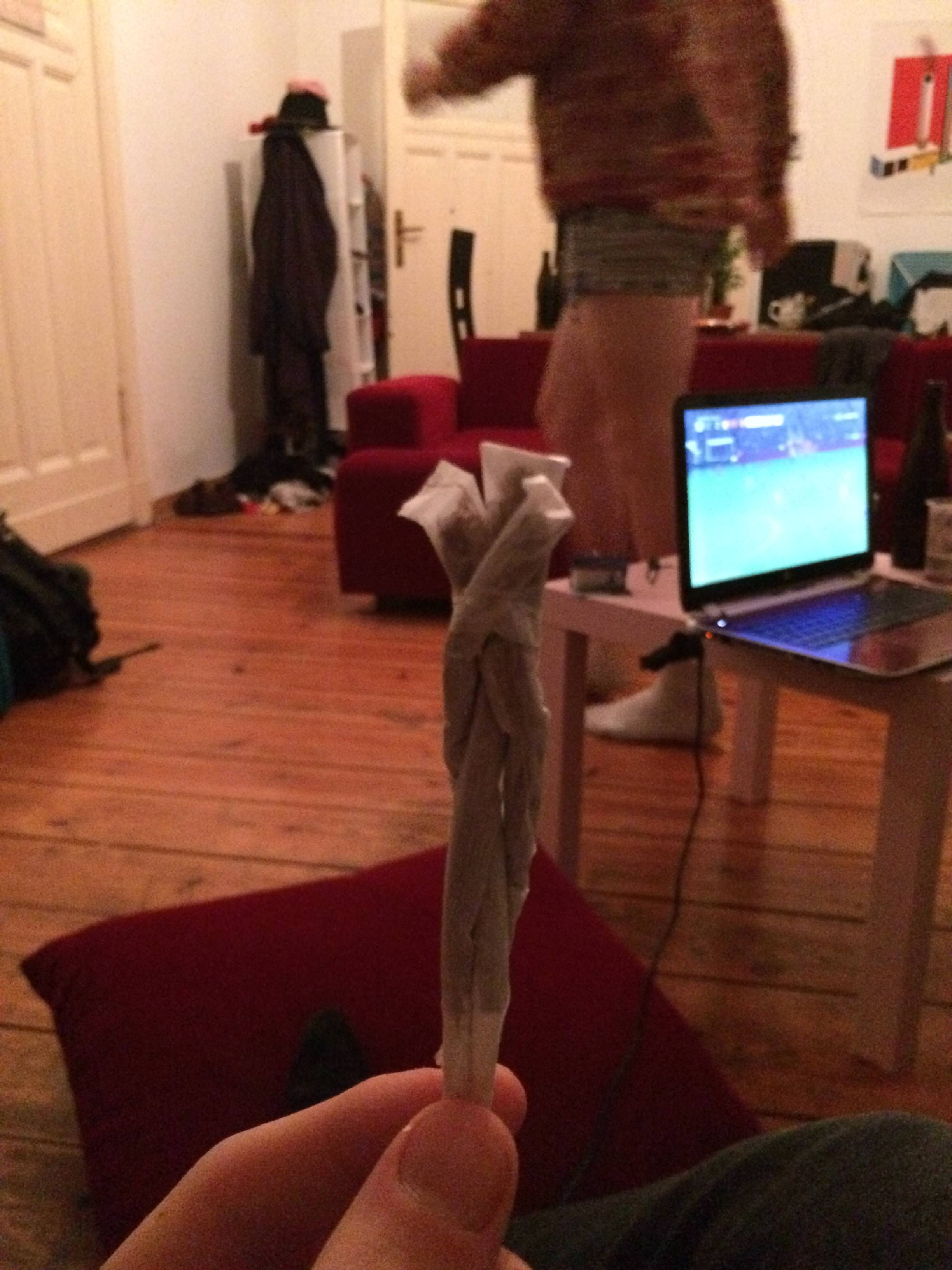 Sunday afternoon is a Richard D. James afternoon. A surprise show you wonder? Not quite. You can, however, you go for a ‘sit-down’ in the basement of Amsterdam’s Volkshotel listening to Aphex Twin’s Selected Ambient Works 85’-’92 Part 1 & 2. Very rarely does one get the chance to experience this on a sound system, so you probably should.

Head down to De School for the end of Het Weekend… It will be special. See what’s left of you front right.

Optimo, Autarkic, Timothy Clerkin, Mehmet Aslan and Bawrut will play at the Ransom Note x Spun Out party during ADE. Tickets can be found HERE.