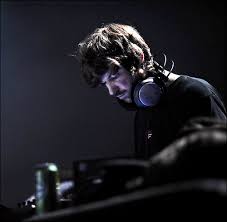 We are the music makers and we are the dreamers of the dreams.  Willy Wonka via Richard D. James

Jamess avant-garde impulses emerged almost as soon as he was potty-trained. As a small child he messed about on the family piano, exploring different tuning scales and hitting the strings inside instead of the keyboard, In an interview taken from Simon Reynolds excellent Energy Flash, James explains how he bought a synth when I was twelve, thought it was a load of shit, took it apart and started pissing around with it.

Born in Ireland 1971 to Welsh parents, James grew up in Cornwall. The Cornish peninsular differs from the the rest of the UK and its geographical remoteness permeates James sound throughout his productions. Widely regarded as a masterpiece, its fair to say that Selected Ambient Works 85-92 had such an effect when it was first released in 1992 that it changed the lives of many and gave a whole new outlook on techniques and rhythms for electronic music, taking it out of a party scenario and straight into homes and radio stations across the land. It’s seminal piece, that has influenced so many in its wake, the effect of which still resonates deep within.

SAW, along with Classics is being reissued on R&S this month for the first time with sleevenotes – seen as a chance to educate and introduce a whole new generation of electronic music enthusiasts to R&S, a label that defined a whole era and genre in dance music.

Aphex Twin is also back in Ibiza  for the second year in a row at the We Love… closing on 25th September. Those that were there last year – including myself, look at the way I blow my own trumpet by including a video I took from last year in here!! – will now the enormity and incredibility that took place. I’ve seen him a few times since then and can honestly say it was up there with his best performances I’ve seen, certainly in the distant past. Check the lasers… mmmmm.

Anyway, so the lovely people over at We Love… & R&S Records have got together with yours truly – that’s the R$N in case you were wondering what you were reading – to offer one lucky the chance to Win a pair of passes plus drinks to the closing fiesta on 25th with Mr James alongside other such luminaries as Rephlex DJs, James Zabiela, Jozif & Joris Voorn amongst a plethora of others (Check the full line-up here) – on top of that R&S have given us a pair of both Aphex’s Classics & Selected Ambient Works to complete your aural pleasure. Who knows, if he’s playing ball this time we might even be able to get him to sign em… don’t hold your breath tho!

To be in with a chance of getting your hands on all this goodness simply email comps@theransomnote.co.uk with “Jesus, you are really spoiling us this time. Aphex Twin @ We Love…  plus beautiful (!) R&S reissues… how do you do it?! Please pick me: in the title. Winners notified next Thursday.

In the meantime why not Stumble Upon Aphex:

How to create Aphex Twin effects using Reason – “Raise your hand if you like the whacked out time stretching effect that you can here on tracks fromartists such as Aphex Twin.”

Does he just slam the keyboard?

Aphex Twin Best Of? Downloadable too!

Come to Daddy? Ummm…no thanks.

APHEX TWIN @ We Love, Space, Ibiza. visuals by Weirdcore. from weirdcore on Vimeo.

Check up on R&S

We Love… Space, Sunday September 26th 2010 – The Closing Fiesta from We Love

Good luck n’ all that… x