At Home With… Rex The Dog
Minute Read

At Home With… Rex The Dog Rex has been relatively quiet as of late, however last month marked the release of a new EP on Kompakt Records, the Cologne based imprint run in collaboration between Wolfgang Voigt, Michael Mayer and Jürgen Paape. It was a return to form and his first musical outing since 2016. Raw analogue driven energy combined with the club focused orchestration the record label has become known and loved for. A true hardware guru and a fan of all things modular the EP demonstrated the deeply rooted talent he and his music has come to represent over the years.

We invited him to guide us on a tour of home, a small insight into his treasure trove and means of thought.

I like the living room, at one end it's all quite chilled and you can listen to music or watch TV, and I have my nice things. The other end of the room is a nightmare of clutter.

Share with us your favourite recipe. How did this recipe come about and any tips for our readers?

I really like Jamie Oliver's Toad In The Hole recipe. It's very greasy in a good way . If you put too much oil in, the batter blows right up and fills the oven like cavity wall insulation. It's great. In the picture you can see actual rosemary on the pages from the last time I made it. 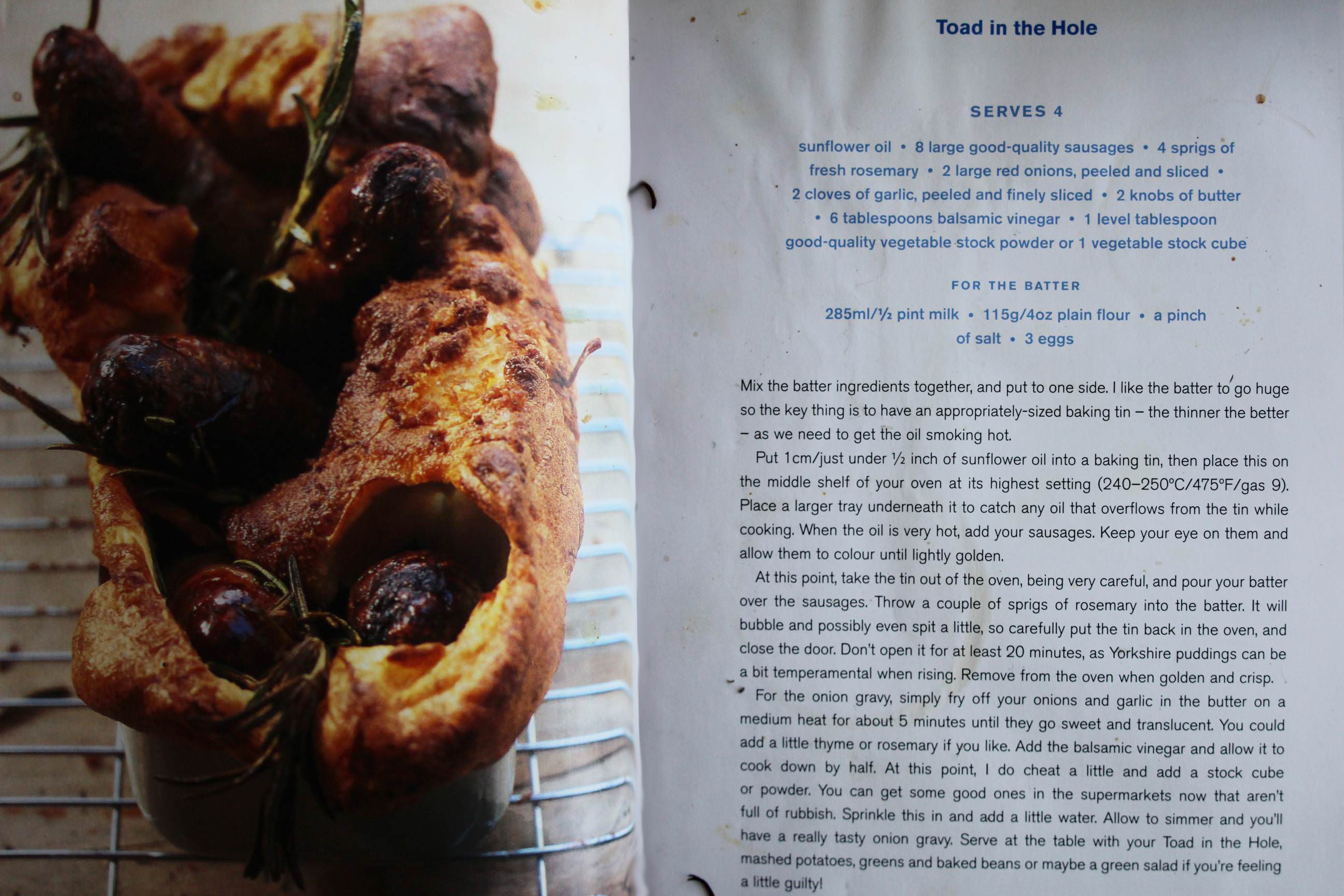 I have a TEAC A3340S reel to reel tape machine which is like my 'ceremonial' listening machine. It's a bit of a retro fetish but it sounds great. I transferred the last Aphex Twin stuff onto tape and it sounds so good. I also made a 'Songs Heard At Panorama Bar' reel which is great. There's a basic Sony amplifier and then some big old 80s Pioneer speakers I got on eBay. 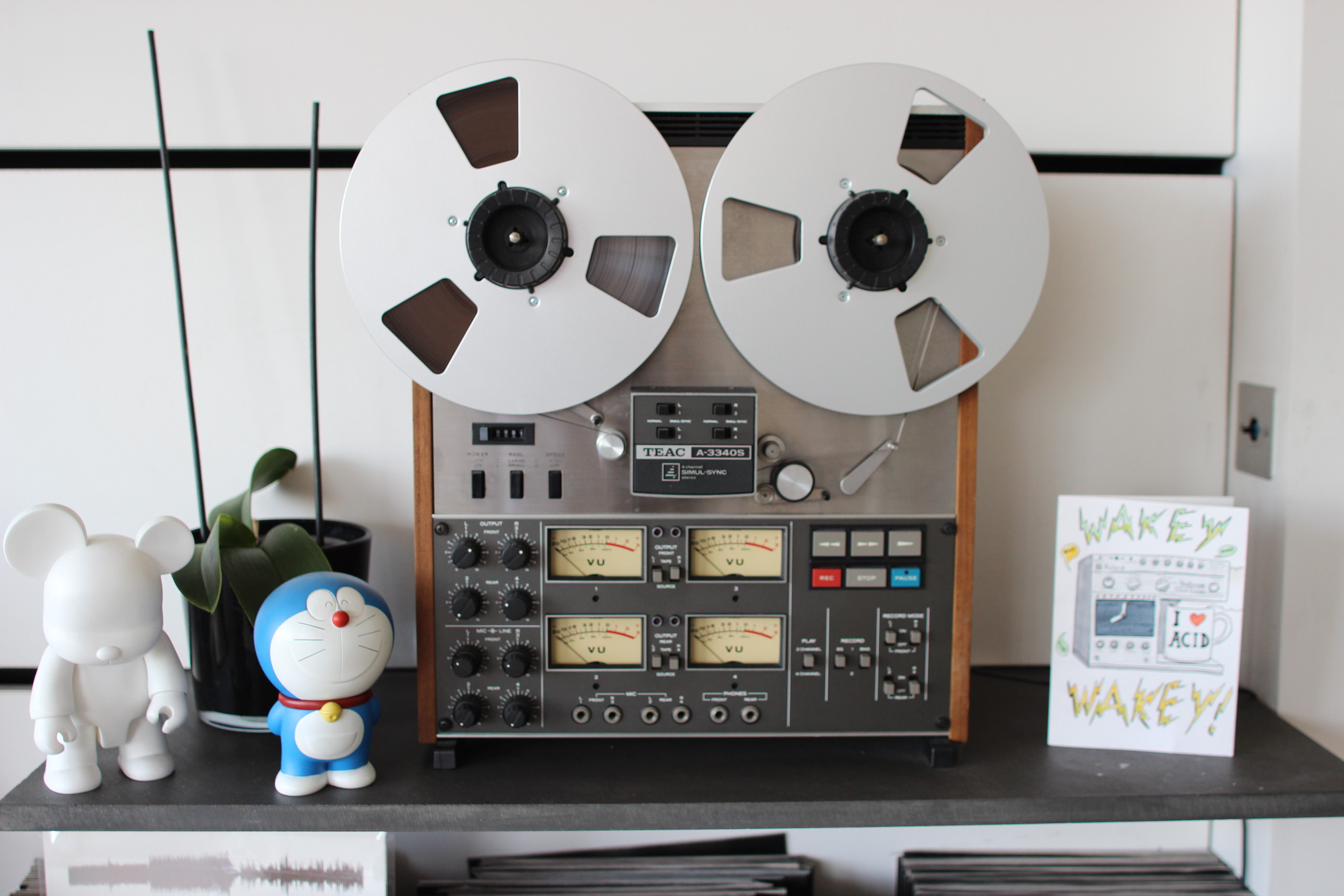 35mm film and yoghurt. I rarely clean it unless I spill something. 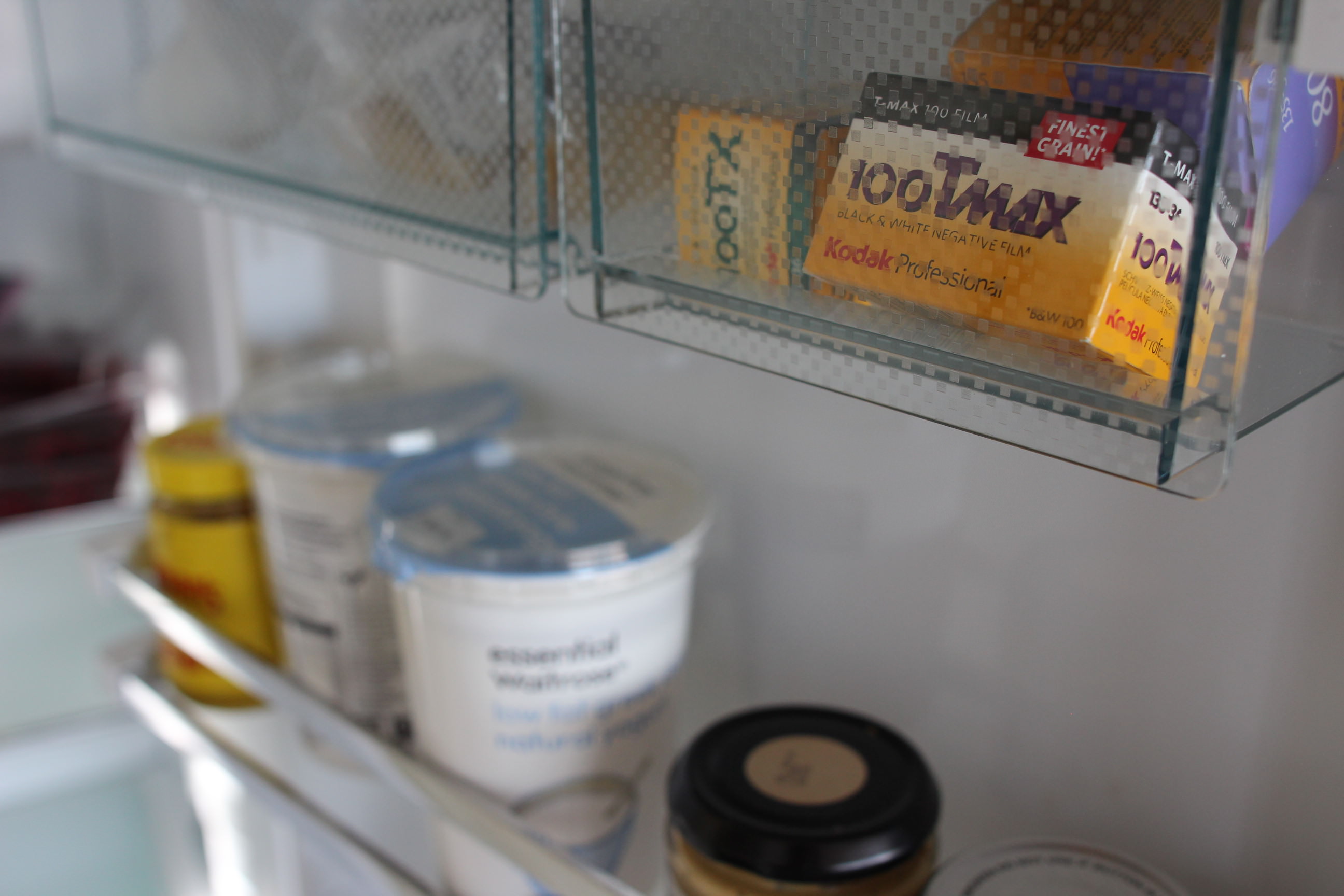 Half minimal and chill, half panicked and cluttered. Check out the boxes of leads and crap. It's all overflow from the studio and makes me stressed every time I look at it. 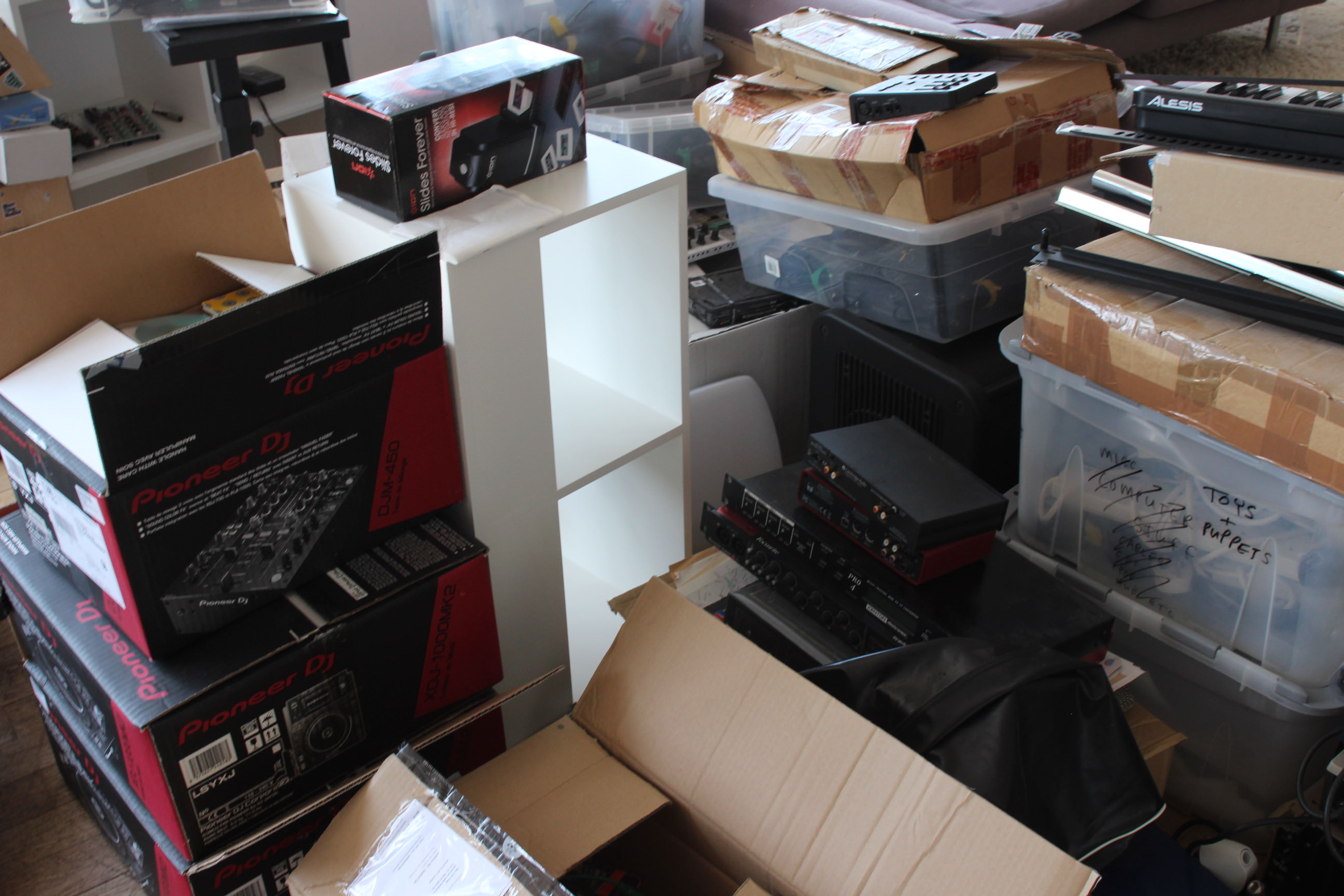 Er… I can put up a shelf but I can't mend a toaster.

Porridge with blueberries and raspberries – and tea.

No, I'm terrible with things like that, I use them for a bit, tell everyone it's amazing and I'm going to do it forever, and then I put it in a cupboard.

Ha ha no, I got stuck in the lift a few times though. There's no intercom or anything so you used to have to call the fire brigade. I think there's a maintenance number to call now.

Actually, across the street they may have done quite a lot. I try not to think about it.

It’s a lazy evening, no time for cooking. What’s your takeaway option?

Dominos Pizza. I wish it wasn't true. It makes me sick to think about it right now.

I like dinner on my lap in front of the TV. It still feels special.

What are your favourite things in your living room?

Well my friend Ed made me a card for my birthday, and it was maybe three birthdays ago but I've kept it up because it's so good. It's a TeaBsmade. The drawing explains what that is. It's got such good details in it. Hope the photo is high enough resolution! 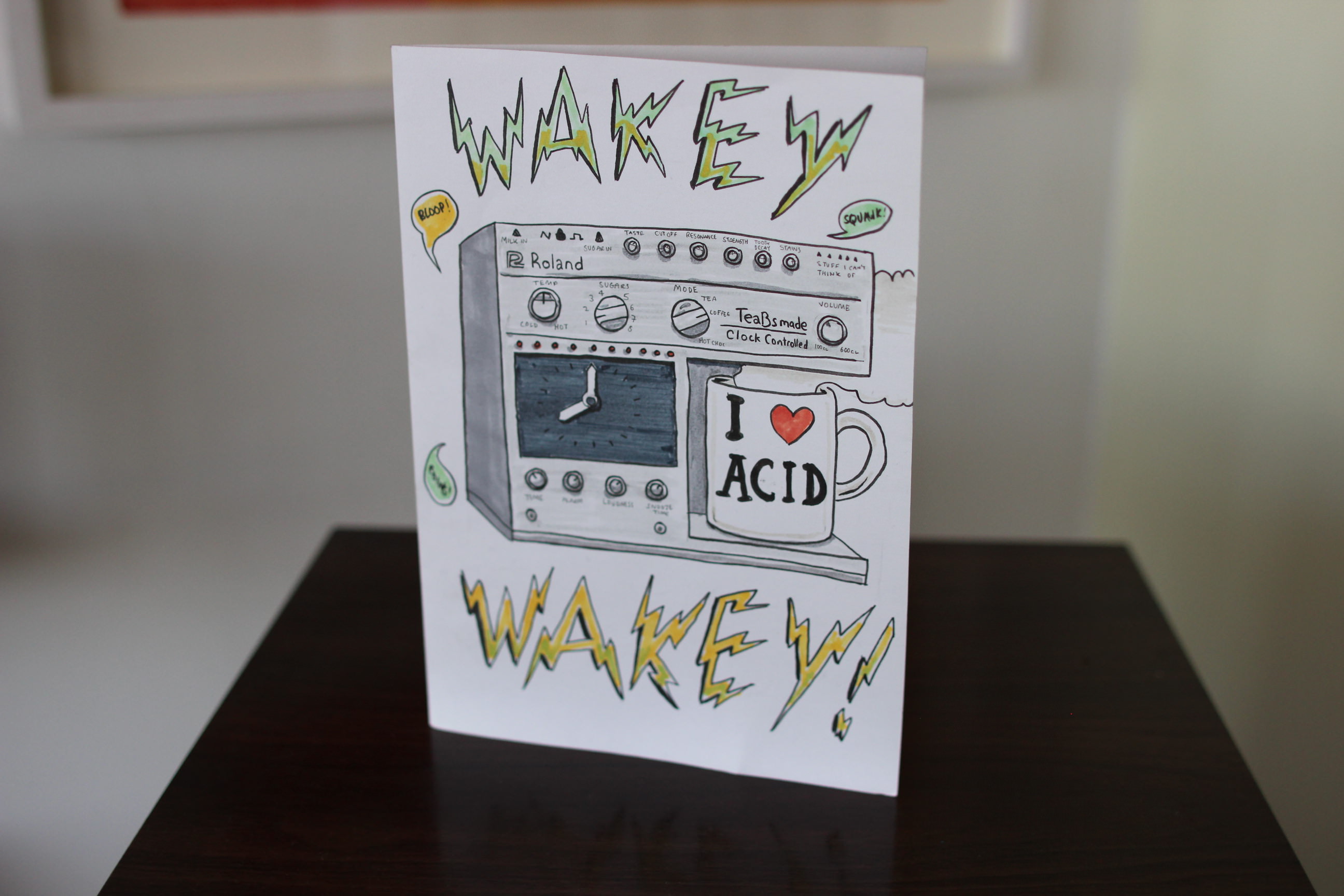 I also have a screen print by the artist Sister Mary Corita who was making very graphic pop art in the 1960s. It has a quote in it from one of her mentors: 'For you are a blade that is the fire… ' which I used for a track title a couple of years ago. I love it. 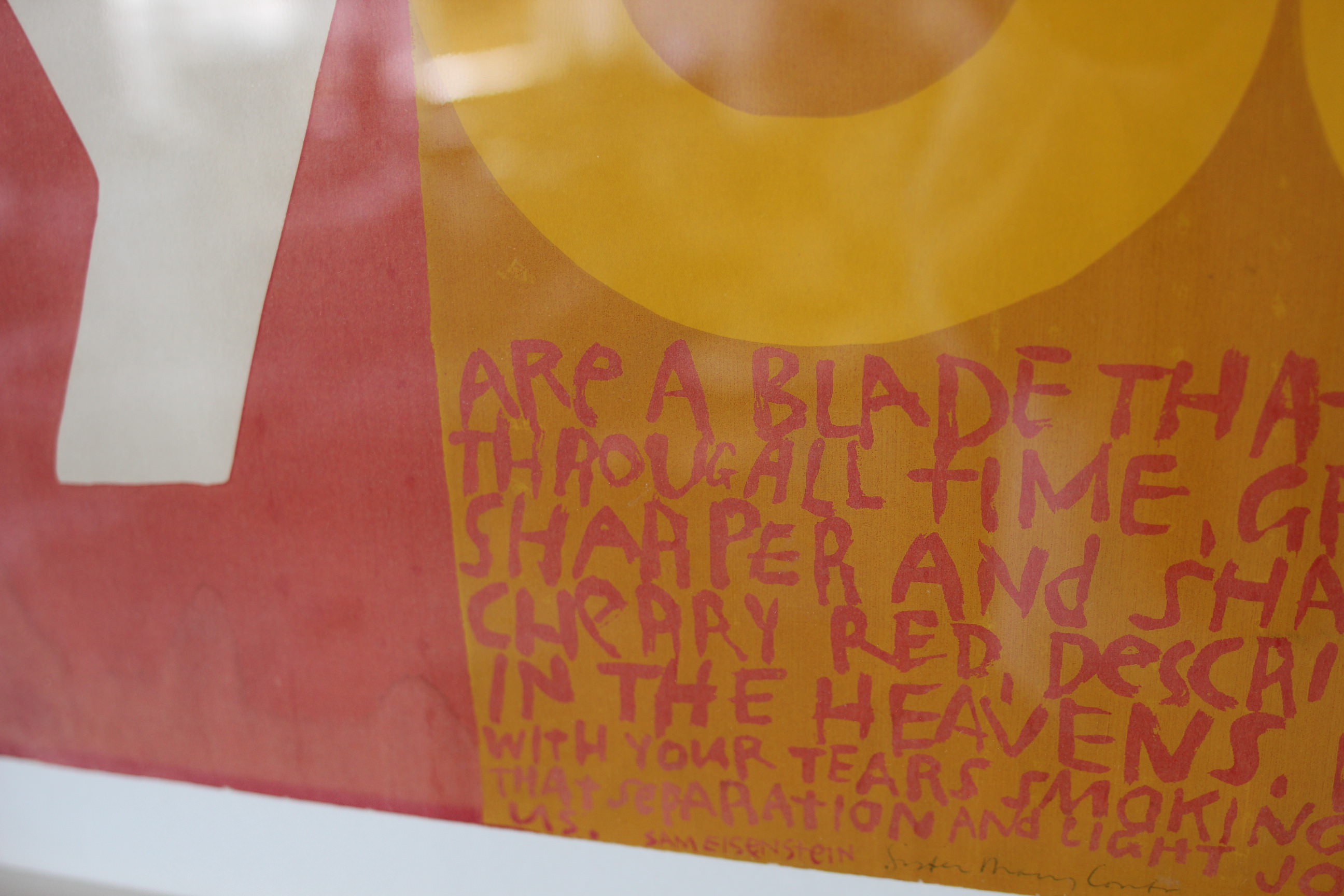 I have these big R E X letters too. I think they used to hang on the side of a canal boat. 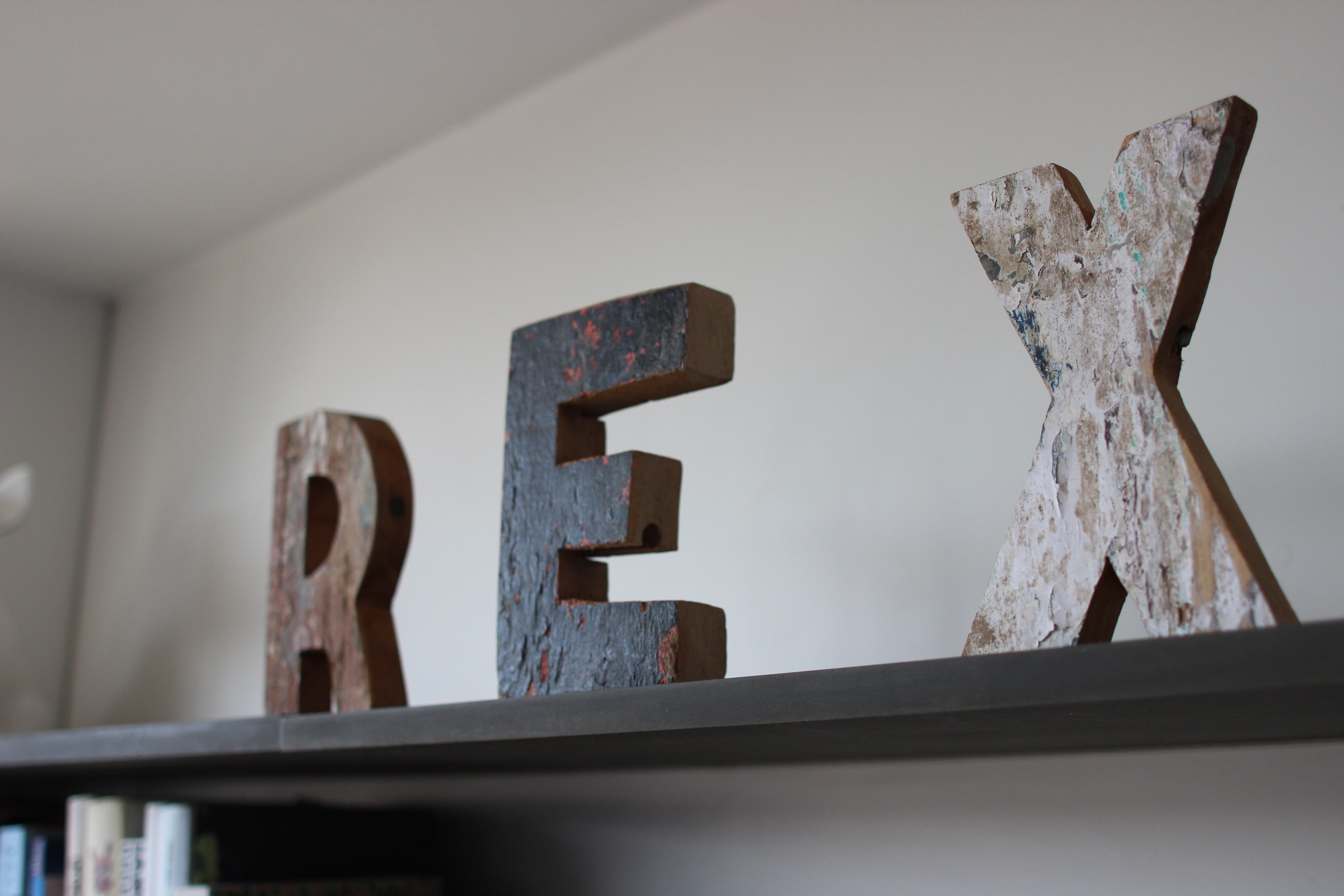 We love cats here at R$N, but just love people with pets. Is there a special furry/ feathered/ scaly creature in your life, tell us a little about them?

Actually, I lied for years that I had a real dog called Rex. I even lied to Michael Mayer right from the start. Ever since then, I've had to go through this cringey explanation of where Rex was each time he asked about him: 'oh, yeah he's at my parents this weekend because of the, er, marathon?' I think Michael still might not know. Or he chooses to still believe.

Are you a messy person? What’s the worst state your home has been in?

I aspire to order, neatness and serenity. I don't achieve it.

What’s the worst room-mate you’ve ever had?

I had a great flat mate when I was a student. I used to try to tease him. I told him once that we had to pay the wallpaper bill or the wallpaper would be cut off. I think he just thought I was an idiot. He was (and still is) really good at digging for records and he'd find interesting ornaments. He gave me the Michelin man I have on my shelf. 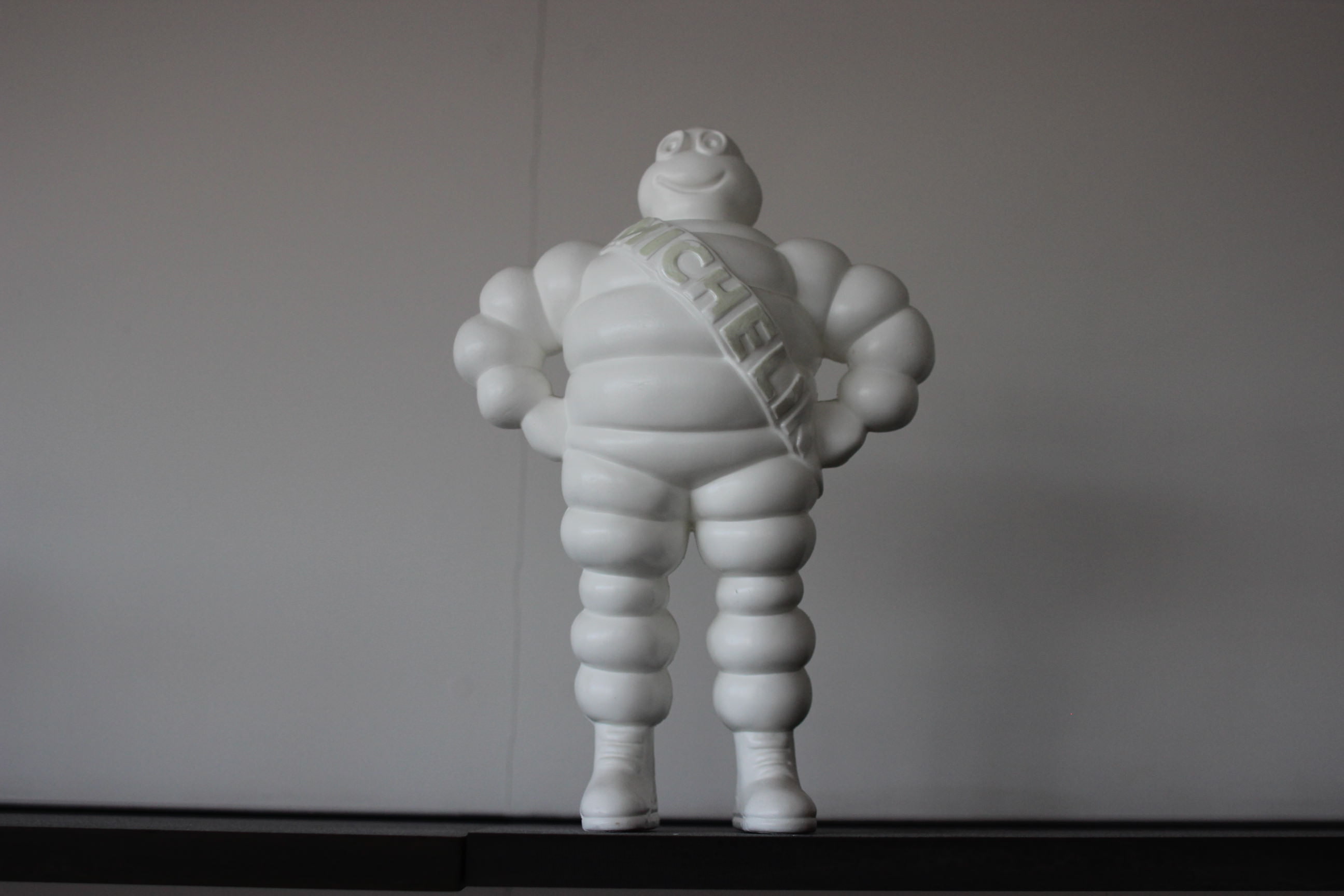 Elmo
Kermit
Alf (maybe)
Gizmo (I'd keep an eye on the time, to check he stops eating before midnight, jeez)
R2D2
C3PO

This would be so good – I'd only have to serve pop tarts and crisps, and maybe some machine oil.

No, they keep changing, does anyone have a regular postman still?

I'd have a terrace so I could have a barbecue. I feel like I'm missing out on that.