At Home With… Neil Landstrumm There are few whom have ventured as far and wide as Scottish producer and disc jockey Neil Landstrumm. His music is undoubtedly a hallmark of the evolution dance music has taken in the United Kingdom and beyond – his releases have featured on the likes of Peacefrog, Tresor, Planet Mu, Killekill and Music Man Records spanning more than two decades.

Not one to stand still he has weaved a narrative which has seen him blur the lines between genre and stereotype, alienating some and inviting others at various points along the way. However, his consistency and creativity is undeniable and inspired in an age when it can become very easy to become stagnant.

This month marks the release of a new collaborative EP with Brain Rays, an experimental return amidst the fierce electronic abyss. We invited Neil to guide us round where he calls home…

General Tso’s chicken. Tri fried battered chicken in a sweet chilli sauce /glaze with fresh ginger / garlic , sesame seeds, peanuts and fresh steamed broccoli with white sticky rice. I used to order it in New York from Chinese restaurants and just learned how to make it myself.

What's your favourite room in your home and why?

I prefer being outside in deserts or hills to be honest. So i’ll chose the great outdoors as my favourite room. I ride trials bikes in the Scottish Borders hills and forests and drive my 1980s Land Cruiser to the Sahara last year with a few mates. Id rather be there than here. Its a great mind cleaner. 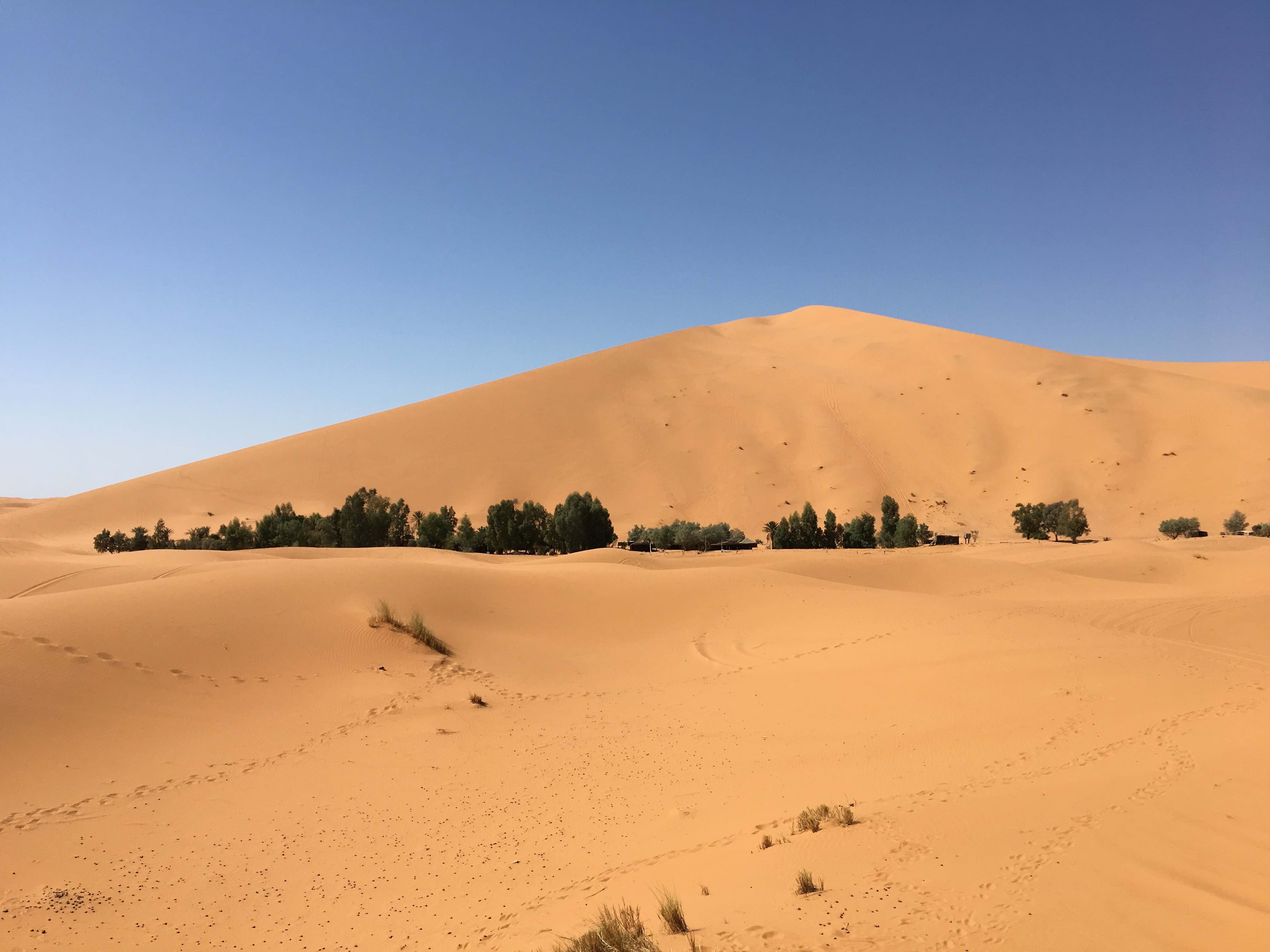 What's in your fridge right now? How often do you clean it?

Its full of lies. Never clean it out. Ever. 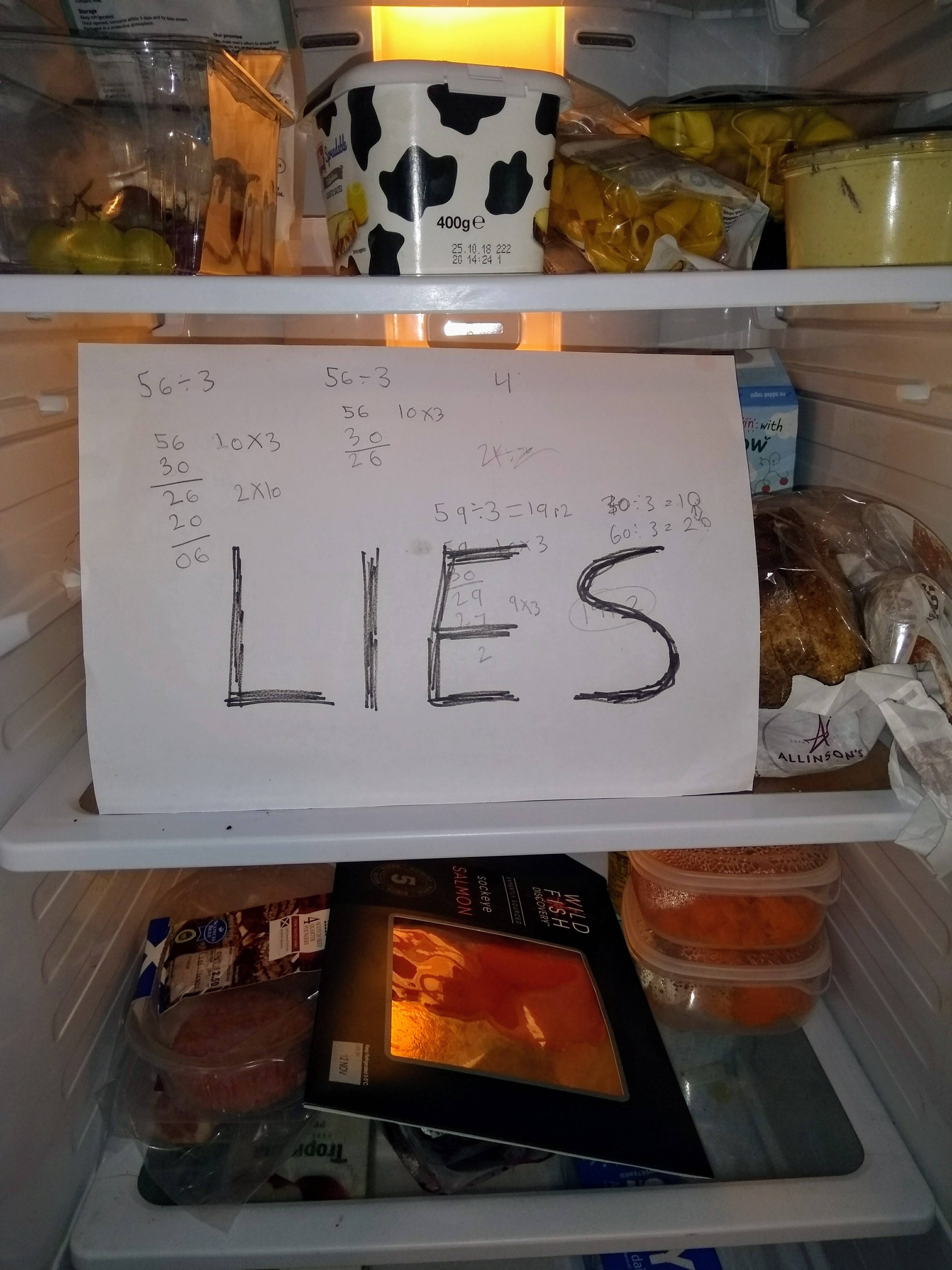 A combination of terrifying memories of my past, trying to exist in the present moment and a promising stylish and glamorous future. Sand everywhere, mud on the towels and existential angst. Inspiring piles of dusty detritus, beautiful plasterwork on the ceilings and many unanswered questions. Trinkets from world travels , engine parts, loads of books and the many records i have produced over the years.

DIY. I have hands, a brain and youtube. By the end of it you know how to do it better the next time. Im a better mechanic though. 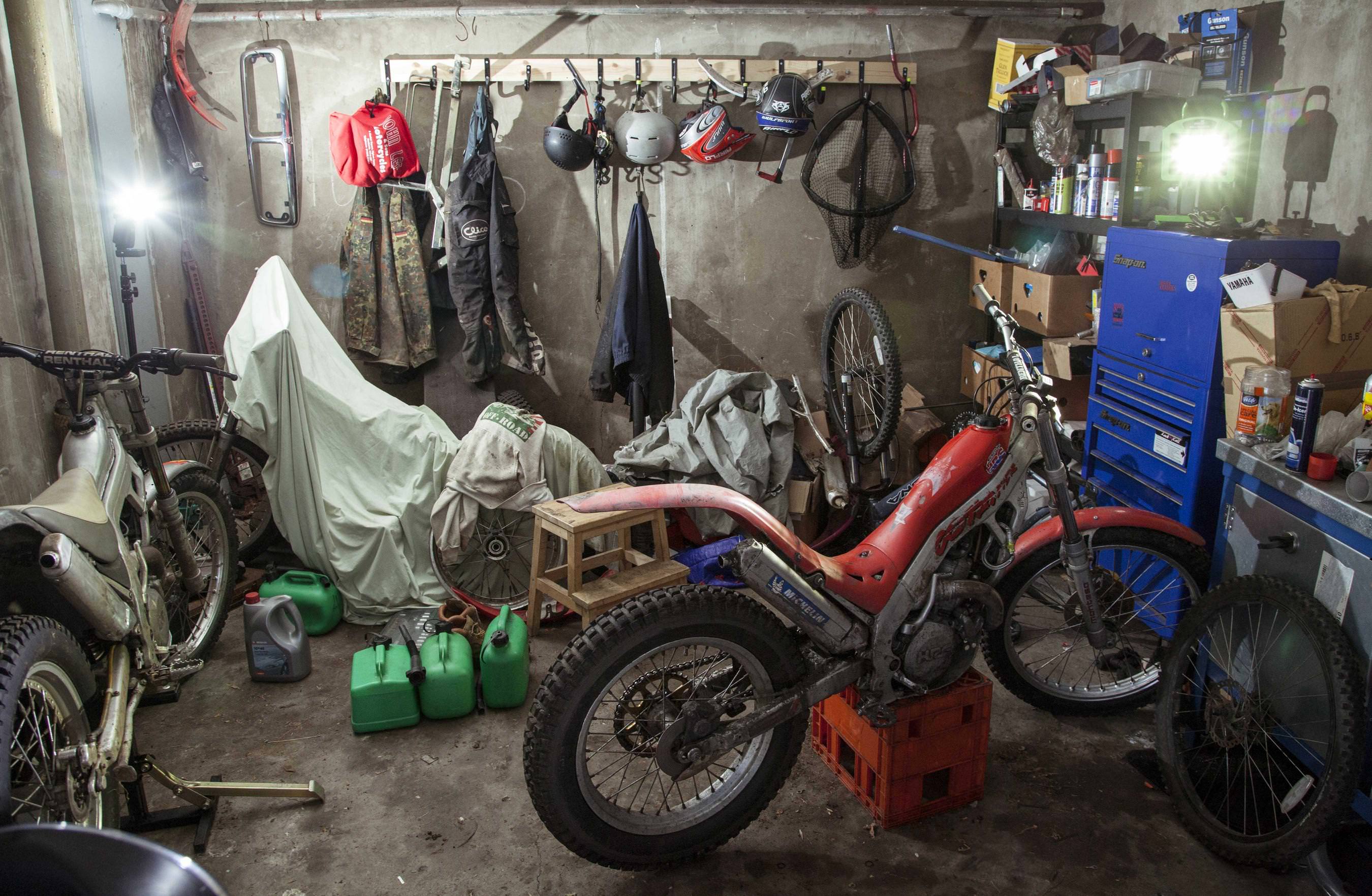 I usually have a fresh coffee, two slices of toast and some orange juice most days. Muesli if i am weak and lonely. I once ate breakfast next to Afrika Bambaataa in Detroit. He ate a lot of grits i noticed and a Huge stack of pancakes. 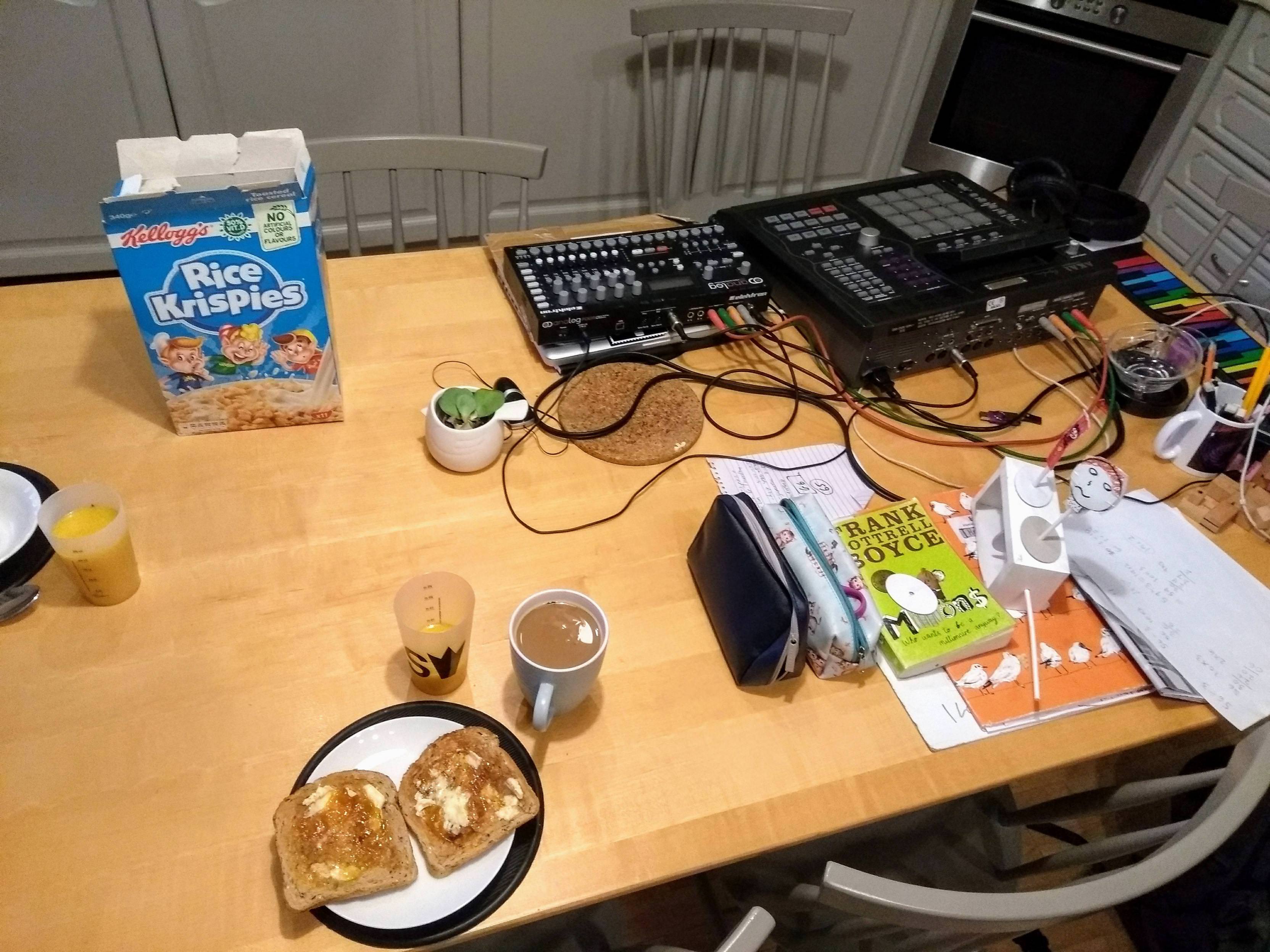 No and No . Booze , pipes and laughs with mates do me the world of good.

Who is your neighbour? What do they do? If you've not talked to them… maybe now would be a good opportunity to.

Inconsiderate narcacisstic sociopaths from London. I'd rather eat my own spleen that engage with them or their kid who shouts exactly the same thing at 6am every morning. They do ‘branding’ and like looking at themselves in the mirror and running around in the flat like twats and listening to awful ‘show’ music whilst shrieking. The really weird thing is they have an entire wall with EMPTY Ikea photograph frames in the living room. yes EMPTY. I’d rather talk to the Lolly-pop lady down my daughter’s school to be honest.

Yes. I drove my land cruiser in front of the house, climbed on the rood rack, leaned a ladder against the house and climbed in the top window.

No but my nob fell out once in front of the postman as i answered the door It's a lazy evening, no time for cooking.

What's your takeaway option? Who do you use? Do they know you and expect the usual order from you?

Kebab Mahal. Best curry in Edinburgh without a doubt. If the old man is there you know its going to be possibly the best meal of your life. Yes I always order the same thing.. Chicken Rogan Josh, Chicken Tikka Starter, Two Garlic Naan , (the chicken tikka comes with rice). Doesn’t everyone?

On the Table with knives and forks.

Forsyths in Peebles makes the best pork pies and coconut buns ever .You don’t need anywhere else.

Just a load of meaningless kipple I have up on shelves and my studio walls. It's just stuff. Look at the photos.

My mate Colvin’s dog is called Yes and he is great company. Excels at catching balls mid air and bringing them back ad infinitum. Katie, the cat who is scared of hats, suitcases and everything else basically who lives with my parents. Nice cat.

Are you a messy person? What's the worst state your home has been left in after a party?

I'm someone who makes piles in many forms. The worst mess was probably when that natty dreadlock was smoking cocaine in joints and it took ages to get the smell out the flat. Jamie Reid was there also who designed the Never Mind The Bollocks cover for the Sex Pistols. He didn’t make a mess though. My friend was convinced there was a child inside the heater. Thoughts were lost just as they came out mouths before being fully formed. It was messy. 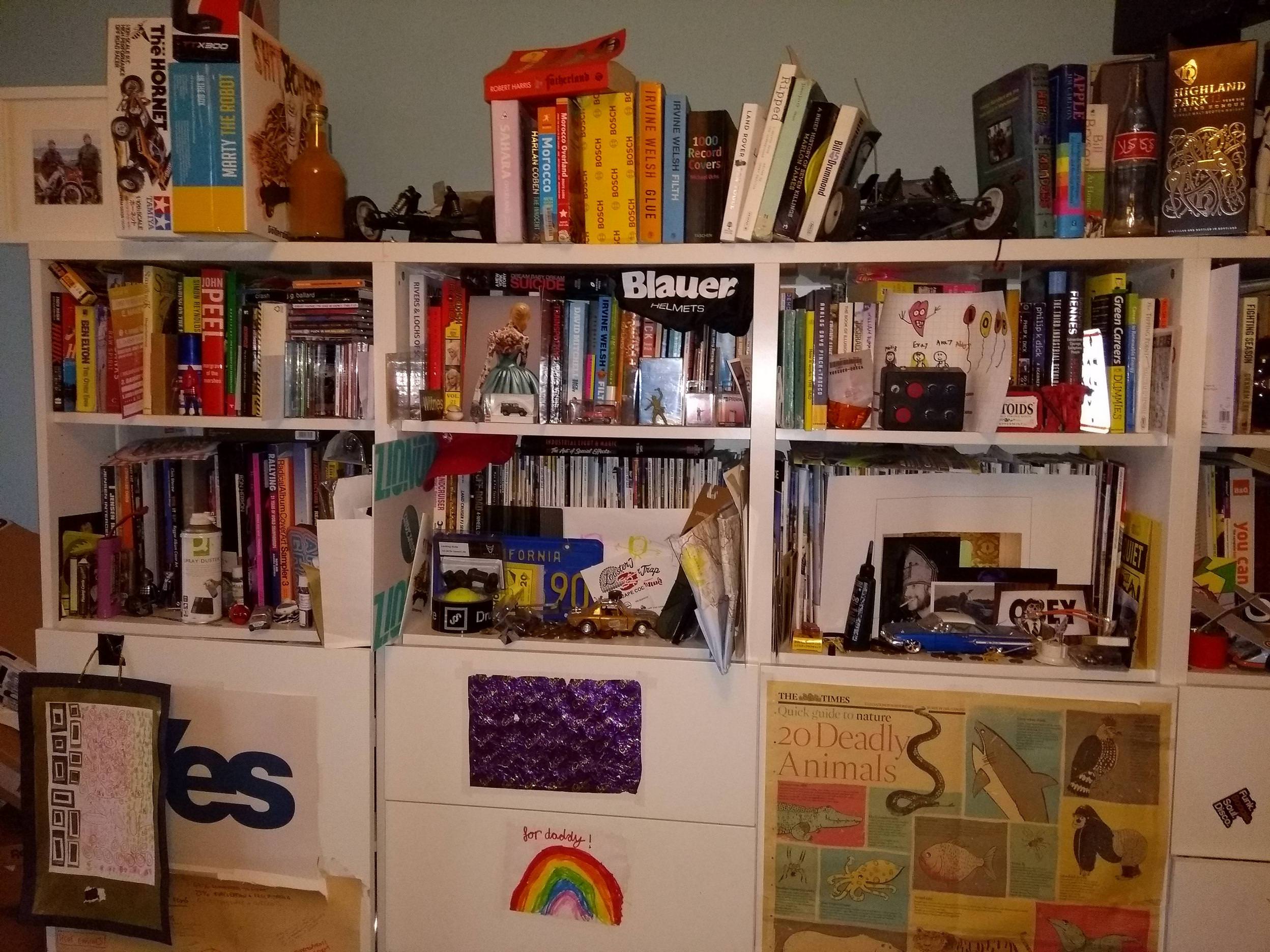 What's your most annoying habit as a room mate if indeed you do have a room mate?

Having motorbikes in the kitchen.

What's the worst room-mate you've ever had?

I can’t say I have ever lived with any total wankers. On the whole I’ve been lucky or perhaps just chosen well. One mate hid a whole bag of E’s in my SH101 battery compartment during the ecstasy wars of the 1990s which I wasn’t that amused by after the Drug Squad had been round looking for him after he robbed credit cards from sorting mail at the post office.

Is there a view from your window, balcony, front door, terrace? Can you share that with us? Who do you look for coming along the street?

I look for my daughter Eva coming back from school. I miss her. Always. She is my video director by the way. 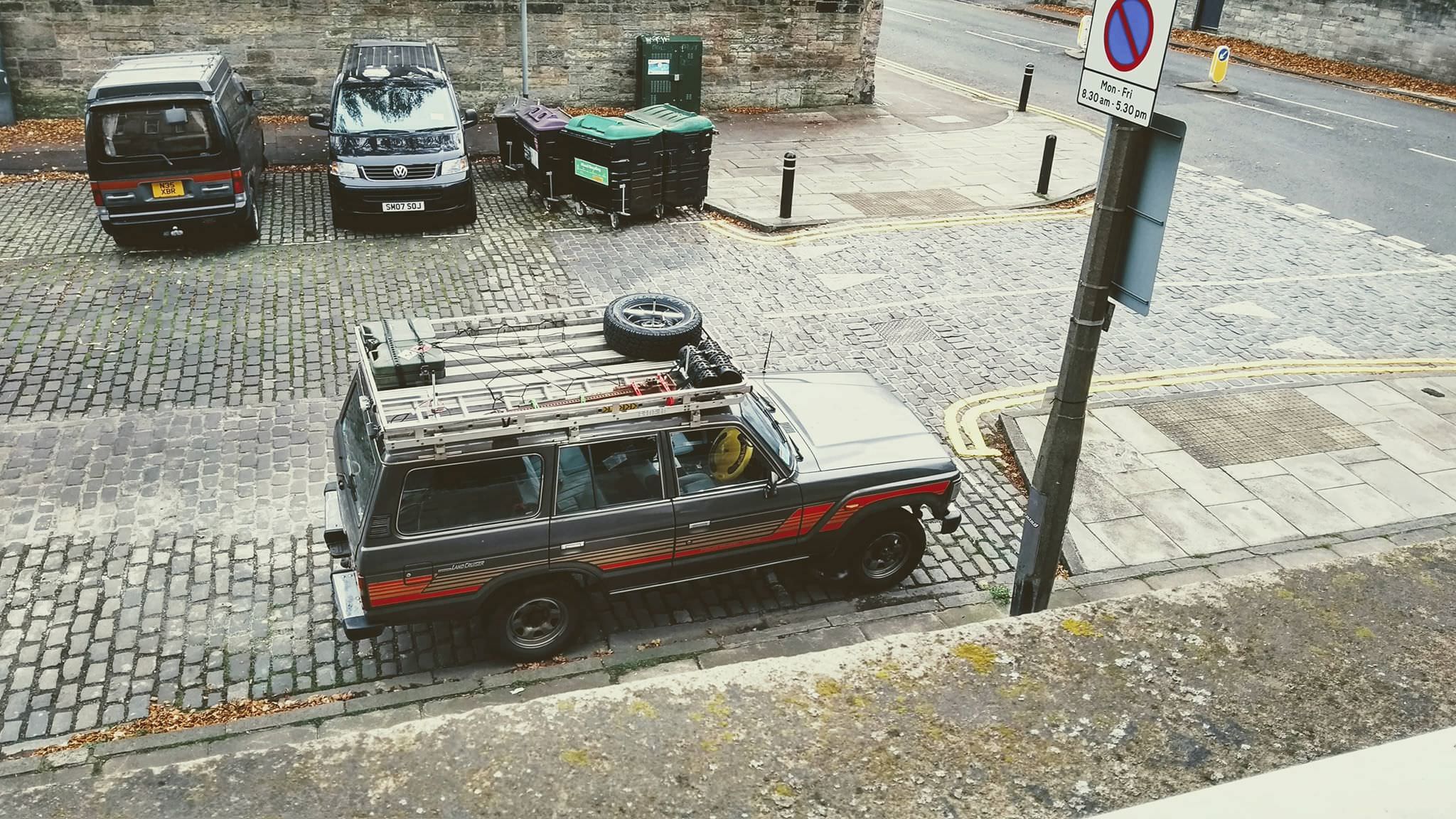 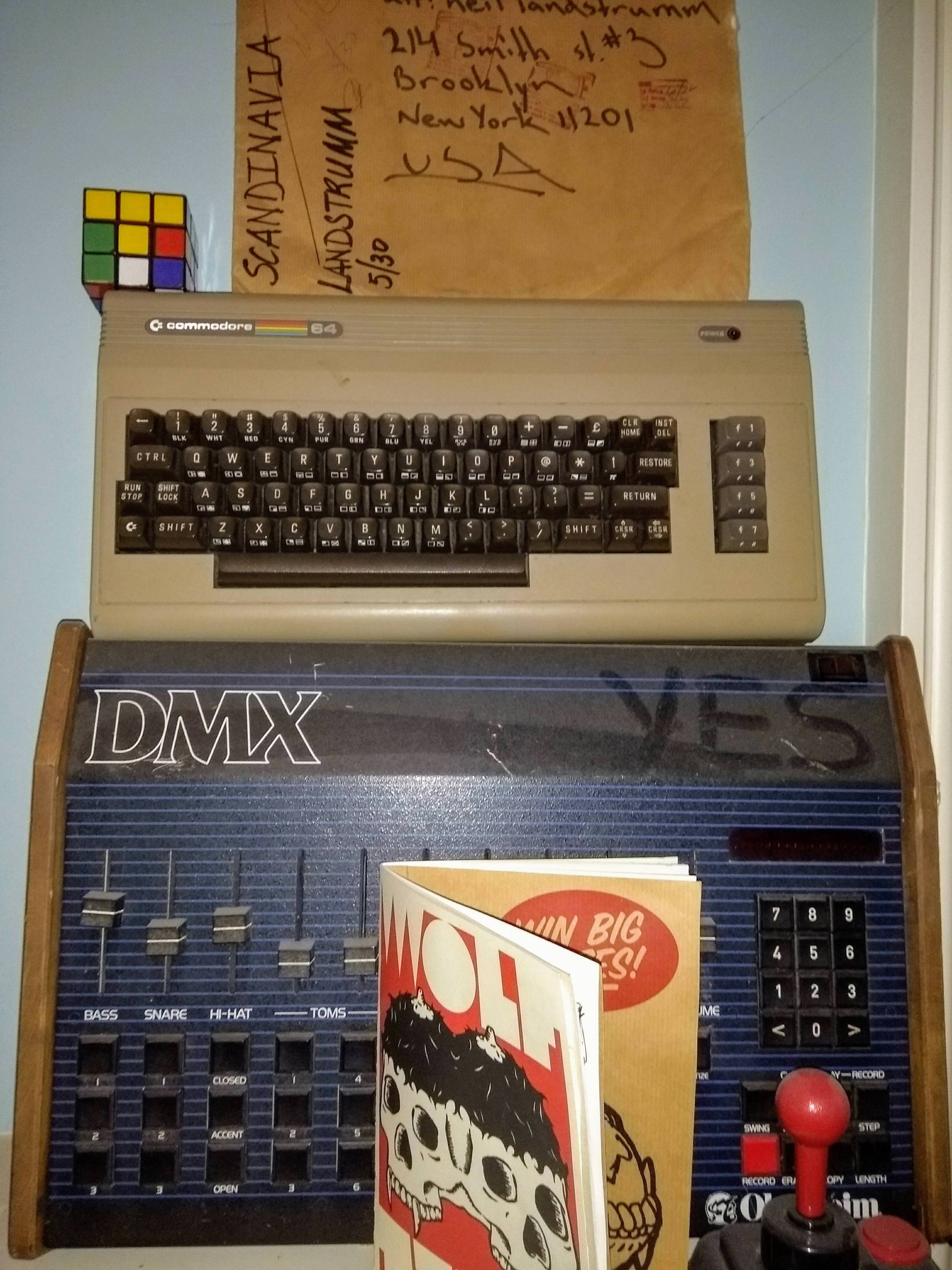 They change all the time but I have exchanged pleasantries and political opinions with a few of them. My MOT tester is called Leckie though and he is dead sound.

Where do you listen to music in the home and what's the set up?

I have a few set ups. Nothing fancy really. Silver 1210 and a Nad amp I have had since 1993 in the living room. I use headphones a lot. 2.1 full monitor system in the studio with the analogue dinosaurs. I have a stacked mp3 player and a Bose speaker I take to the Sahara to listen to tunes in the desert in my land cruiser. 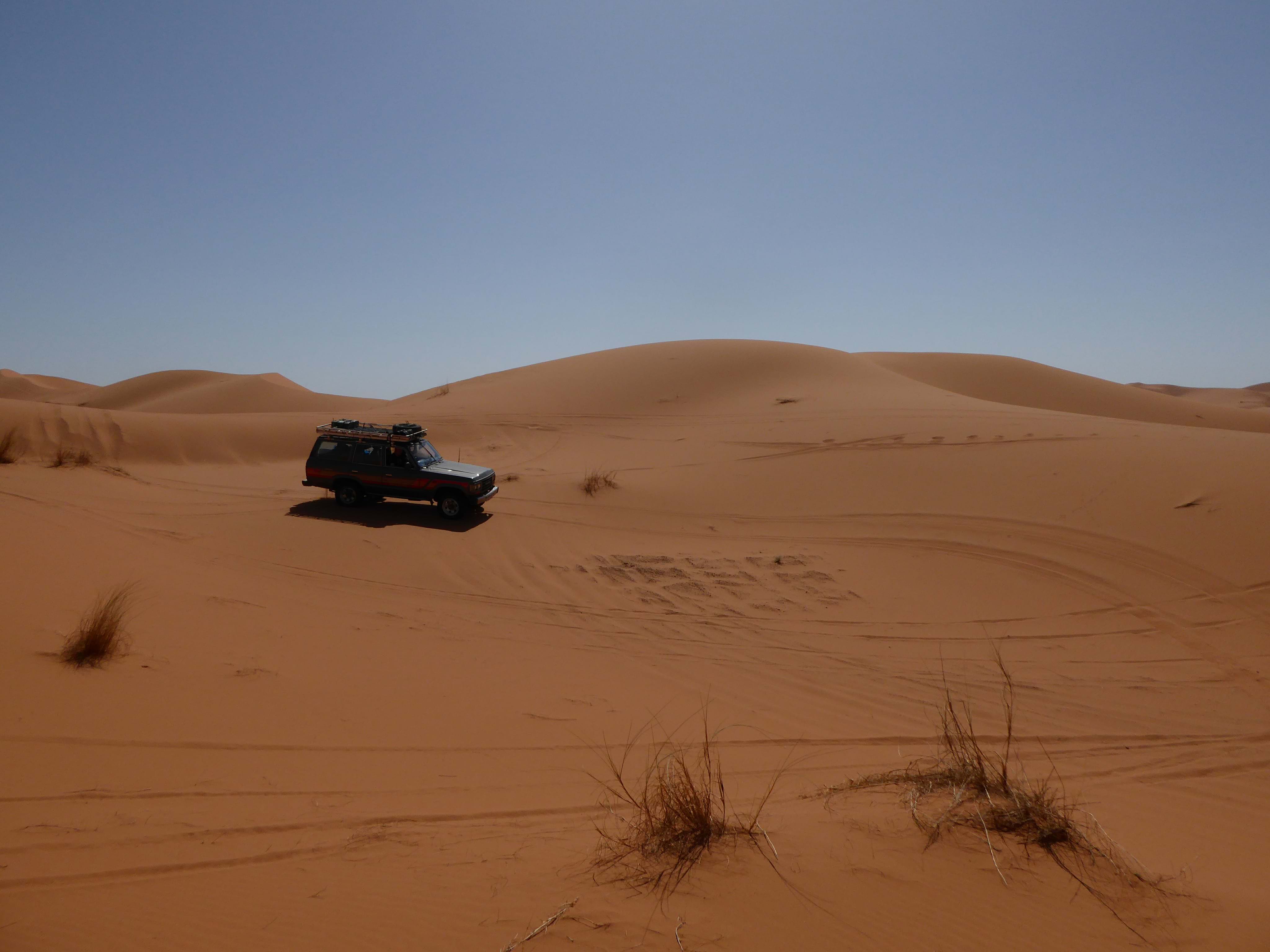 I'd like to be able to live in it again. Long story. I’d also remove all the rich, boring corporate wanky people that have invaded the area and ruined it with their pod-like tastes, Audi’s, general blandness and creativity vacuums.

Anything else we've missed about your home you'd like to discuss?

Yeah no one likes a Tory. Ever. And fuck BREXIT also. Scotland wanted to stay. Im a sexless Gas. Go See thru ! 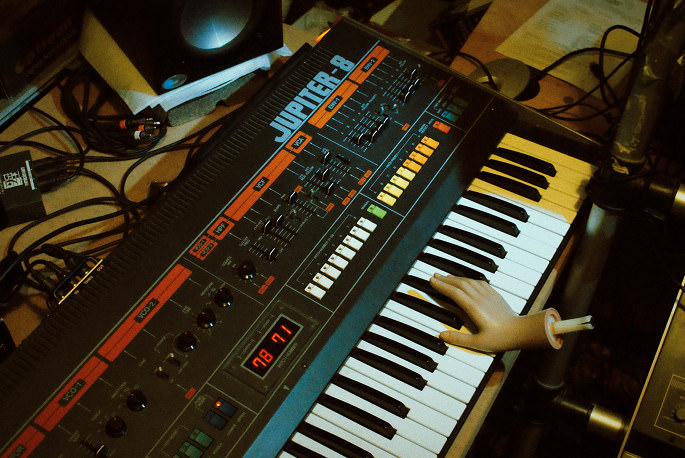