There really isn't much left to say about Chicago, the birthplace of house music and a city which has acted as an endless source of inspiration for millions the whole world over.

Dj Deeon & Gettoblaster have seen it all, done it all. They were there, been around the block and played a pivotal role in the evolution of the Dance Mania movement and Ghetto House crossover. As personalities, they come through larger than life and speak honestly about the trials and tribulations of Chicago and the dance music world.

Earlier this year the pair worked on a collaboration, a new EP focussed on channeling the spirit and soul of 1996 and one track in particular, "The 302". They turned it round in fine style, offering a reimagined take on house music for the present day.

We asked the pair of them to interview one another as they reminisce on old machines, downton parties, sex lines and the heady days of Chicago..

Gettoblaster: What City do you think has the best food?

DJ Deeon: Chicago of course! My home town and where I currently reside. But lately I’ve been cooking on my own, so I don’t really eat out as much as I used to. I feel a lot better when I eat what I cook. I don’t go out to eat anymore. When I did it would be Lou Malnati’s Deep Dish Pizza, Harold’s Chicken Shack, Zacotaco which is a Mexican restaurant. Maybe Red Lobster which my daughters like, or Olive Garden - there’s so much choice to eat here, it’s ridiculous.

Gettoblaster: Which one of your tracks has not left your playlist since you made it?

DJ Deeon: “The 604” which was released on Numbers a few years back. It was named after my old apartment and where my new track “The 302” was also made. This release has been a long time in the making as was stored in the locker for a while before the Gettoblaster guys came and did their thing to give it that killer edge! 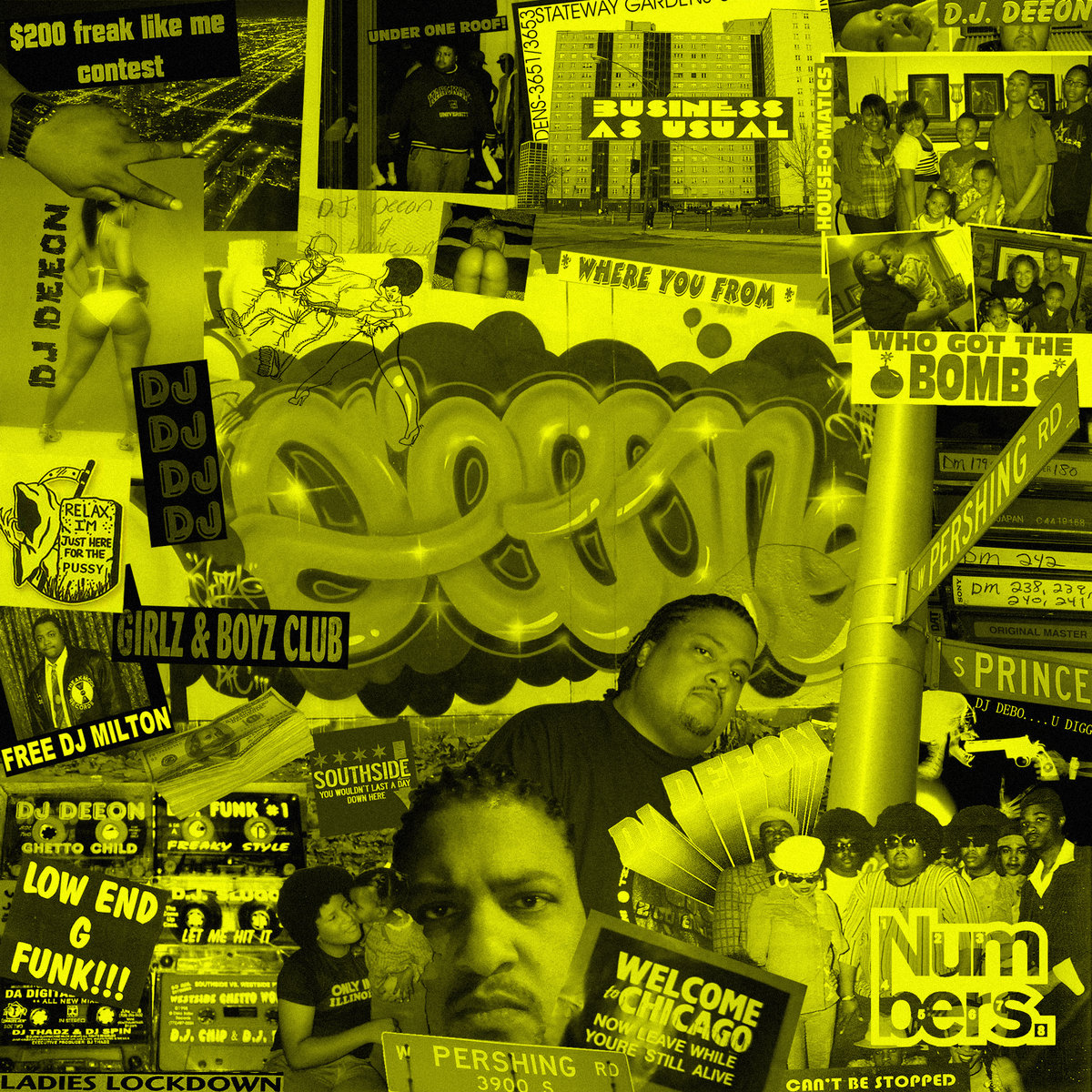 Gettoblaster: Which piece of gear have you used the most in your production career?

DJ Deeon: TR909. It’s a stone cold classic and there’d be no Ghetto House without it. Previously that’s all I had back in the days, there’s nothing like those heavy kicks, hi-hats and toms. Once you stick with one thing you get pretty good at it - so that was my baby. I bought it from my friend originally but I sold it to DJ Funk who sold it to Houz’Mon. So it’s still in Chicago somewhere. I’m not a big software guy, I'm not a computer guy, but now I'm using the MPCX so I get to use so many files of different drum sounds.

DJ Deeon: It’s gotta be the Casio! I liked the sounds in it, the one second sample time in it. You can actually get really creative with one second. I made “Work This M.F.”, “Akceler 8” and House-O-matic with it. The vocal samples, snares and round shots.

Gettoblaster: Have you ever called a sex hotline to talk dirty before?

Gettoblaster: Our last studio session was really monumental in my opinion. Working with you and Bad Boy Bill was a ton of fun. What was your favorite part of that session?

DJ Deeon: My favorite part of our last session was the conversations and the knowledge of different opinions and politics about the DJ industry. It’s very political over here. The kids that DJ listen to promoters and let the promoters influence their sound. Whereas in Europe everybody does what they wanna. It’s much more open minded than in the US where it's all pity politics and is kinda racial if you ask me. Most of the guys in our industry are white, very few are black. Europeans just don't care about anything but the music, it doesn’t matter if you're Black, White, Mexican, French, Italian. It doesn’t matter. Over here, if you’re gay, or whatever, it’s too much politics but it’s alright- I’ve been around a long time so I’ve been through it all.

I lived in a black area and DJ’d in a black area - it was perfect, I wasn’t looking to venture out to get into the white clubs, I was never ever thinking about the clubs anyway, I always wanted stuff to stay underground. I was never thinking about getting in the big clubs anyway, at first they wouldn’t play our music at all - slowly as we got more popular in the streets, the streets influenced the clubs and other DJ’s liked to play our stuff and it grew from there, we got a little radio play on a Friday night. I think the industry is in a good place, there’s so much music in the world, you can overdose on music.

There’s so much to choose from. To have one style and stand out is crazy cos everybody is doing everything. Some guys are doing multi genres, they’re doing techno, house, trap doing hip hop, they’ve got a whole bunch of genres they’re trying to do. Just focus on one and try to be really good at it. You can do all this stuff but you’ve got to do it well. I just copied what I heard - Steve Poindexter, Mike Dunn, Farley Keith, Steve Hurley. I just took my twist on House Music. I guess they call it Ghetto House cause I’m from the Ghetto, but pretty much all the guys were too. I get classed as that because I’m from the Housing Projects, I’m Ghetto. The profanity and everything that I talk about is considered Ghetto but everybody uses profanity. Everybody likes a big booty bitch and that’s what I like and I’m just expressing what I like. I guess it’s kind of Ghetto, kinda ratchet and beneath some people as they put this stuff on a pedestal. I don’t do that, I’m just me, because all I like to be is me. 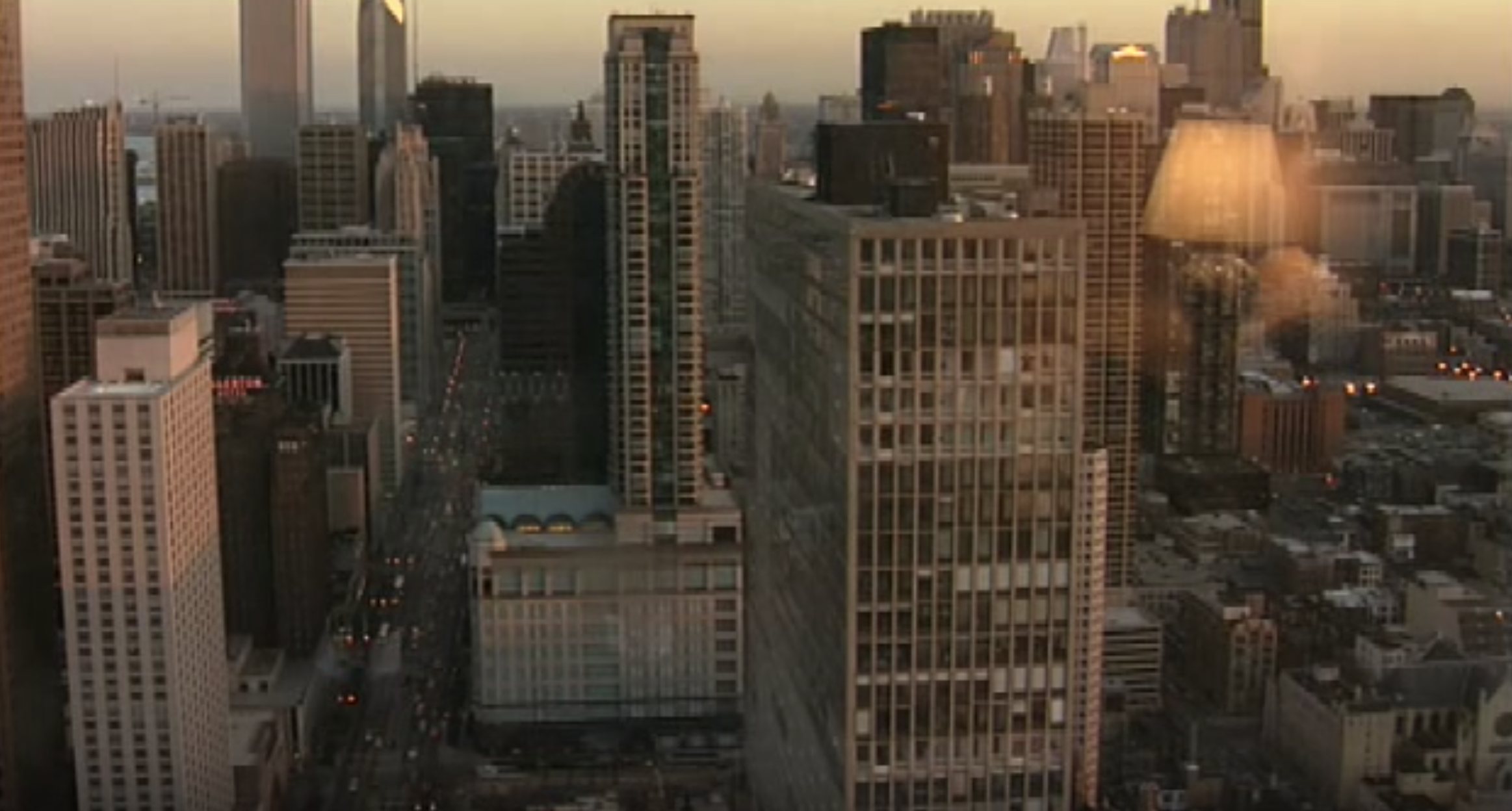 Gettoblaster: I agree, the conversation was great. One thing I can say is music has brought us together with some of the coolest people. It’s amazing how so many of us come from such different parts of the world but were inspired by so much of the same stuff. Growing up we all never really thought spinning records and making music was gonna be what we did for the rest of our lives, when did you realize this was gonna be what you were gonna be doing for the rest of your life ?

DJ Deeon: In the late 90s I just knew I would hit the lottery. Still, I never thought that I would be doing this to this day. I'm just addicted to the sound. So I pledged allegiance to it from day one in the early 90s. I’d been producing music since about 85’ / 86’ and then in 93’ / 94’ I met Ray Barney. It was 10 years before I started releasing because I didn’t think it was possible. I thought you had to go to a studio and get studio time for 40/50 dollars an hour and do it professionally but if I’d known I could do stuff in my house and I could record on a DAT...

The DAT Machine really changed the whole scene, it changed everything - I could record right in my bedroom where I was at. I went and talked to him and he said to bring some stuff down now and I took him the DAT, he came back a week later, said that he thought it was really good and that I should come down and we’d get it mastered. That’s when we released the first “Funk City” EP on Dance Mania and it did really well. Gettoblaster: Isn’t that the truth? When we first got into this, making music wasn’t even a thought. If you woulda told us then we were gonna be making music and playing parties around the world, we woulda never have believed it.

Gettoblaster: What record have you played most during your career from another producer?

DJ Deeon: I would say "Pump It" By DJ Funk. That tune has the best energy! I met Funk hanging around at the Dance Mania office, we would bump into each other here and there. Sometimes he’d be up there and I would come up there and it’s just a coincidence that we met. He told me he liked my stuff and I told him I liked his stuff which was cool. I’m from the South Side, he’s from the West Side, Dance Mania was the thing that brought us together. It was a great place for all the guys to hang out. He had his own EP and he had some nice basic sounding funky tracks and I was looking for stuff like that - besides playing my stuff, I was looking for other stuff to play, his was pretty good and he had so many tunes on his 112 it was crazy.

Gettoblaster: That is a great one. I think ours would be Plastikman “Spastik”. What is the weirdest thing you’ve been offered to eat?

DJ Deeon: RACOON, it was on my grandmother's table. Whole raccoon. Eyes, teeth, feet and all. She seasoned the shit out of it.

DJ Deeon: It was pretty good…

Gettoblaster: I think ours was pigs feet in a jello type thing. Eastern European food... still eat it every couple months.

Gettoblaster: If you were playing your last set ever before retiring.... what record would you end with??

DJ Deeon: Voodoo Child’s “Voodoo Child” which is one of Moby’s aliases. I first heard it in a mix show back in the early 90’s. It just had that energy, it had a sample of Marshall Jefferson, the energy is crazy. The middle part where it breaks down and it goes off to a little spacey simple melody and comes back in and hits real heard, there’s a lot of energy in that record and the crowds love it too.

I play a simple style, not crazy about the rise up stuff and the builds: just funky straight, great tracks. Not a lot of echo, not a lot of reverb, just straight tracks with a nice bassline, some tones - minimal shit that hits hard.

Gettoblaster: That’s awesome, I think ours would be “The Word Is Love” by Steve Silk Hurley.