Dubbing his output as 'system music for the body and the soul', Significant Other's sound is crafted with the club in mind, though there's a cerebral quality to his crisp, bass-driven sonics.

After making his debut in 2018 on Darwin's Spe:c, the UK-born, NYC-based producer went on to release 12"s for Well Street Records, Oscilla Sound and anno, following those up recently with his first ever long player ‘RESIDUUM’ on Manchester's YOUTH.

When he's not in the studio working on his own ventures, alongside pal and fellow DJ Only Child, he's running Club Night Club: a party series that recently launched a label arm with stellar EPs from Herron and Design Default.

Off the back of his debut LP release, we got him on board for this week's 'Wednesday Alternative' mix...

Please introduce yourself… Who are you, where are you and what are you?

I’m Significant Other, a DJ/Producer/Party Thrower based in Brooklyn, New York. I’m from the UK originally but have called NYC home for the last five years.

What does your music sound like? Can you draw what you think it sounds like for us (an image from the old internet is acceptable)?

I’m really bad at describing my own music so I asked a friend who sent me this which I really like! 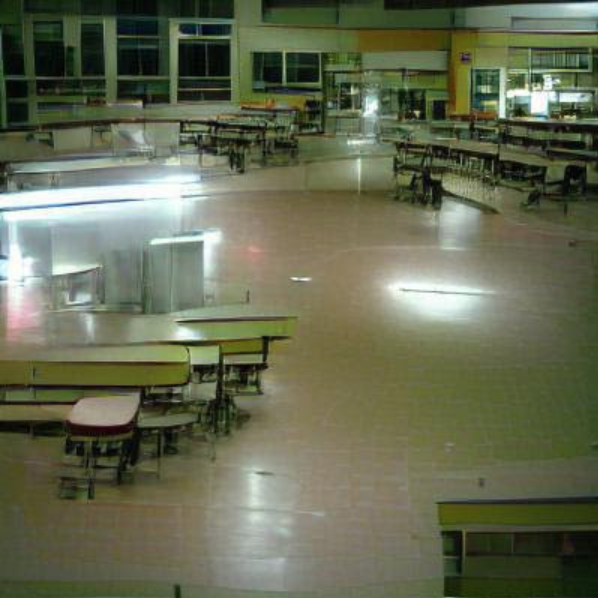 A recent review called my latest record “glum but resilient”, and several friends were quick to point out that was pretty on the money.

Where was the mix recorded?

At a friend’s place using their decks, as ever.

What would be the ideal setting to listen to the mix?

What should we be wearing?

Something warm, it’s starting to get cold out.

What would be your dream setting to record a mix: Location/system/format?

I love playing in non-club settings (as long as the sound is good) - I’d love to play a rave in some creepy abandoned location. When I was a teenager people used to do these parties in an abandoned swimming pool on the outskirts of town. At the time I thought it was the coolest thing ever - so something like that with a big rig would be wicked. Or a forest maybe.

Which track in the mix is your current favourite?

Hard to pick.. I’m really happy to have been able to include two from the new project ‘XRA’, a collaboration between Bruce and Lurka. The whole record is sort of everything I want out of dance music at the moment. Another current favourite that’s in there is the tune ‘Sleep’ by Varuna off their new Genesis EP on Amenthia Recordings - real sleazy textural goodness!

What’s your favourite recorded mix of all time?

Aw man that’s a tough question. I don’t think I could ever decisively pick a favorite but personally I always come back to live recordings that I witnessed in person. I think there’s something special about mixes that have crowd noise recorded. One that I really rinsed over lockdown was a live recording of Logos playing at Club Night Club in 2019. For whatever reason the set was exactly what I wanted to hear at that moment in time, and I think the memory of feeling that way makes me revisit the recording a lot.

Again I don’t think I could pick a fav of all time, but this b2b by Special Guest DJ and Perila was on constant rotation this past winter, definitely needs to be heard!

What was your first DJ set up at home and what is it now?

The first DJ setup I had was two Stanton turntables and a numark 2 channel mixer. After that I had CDJ 350s for a bit which I still miss. I haven’t had decks for a while but am slowly getting a setup together piece by piece.

Eesh tough question: I guess maybe the track you start on? Cause that to some extent dictates what the track you end on is gonna be.

What were the first and last records you bought?

I honestly can’t remember what the first record I ever bought was. I remember I got those Stanton turntables off gumtree and the guy insisted I also take his 50 Cent ‘Before I Self Destruct’ LP ‘cause none of his friends had wanted it. It’s funny I spent all my money on the decks so I had to wait for a while to buy records, so for a few weeks I was teaching myself to mix with literally only 2009 era 50 Cent tracks.

The most recent records I bought were DODDUB2 by Dävid (a sick, no nonsense dubby 12” I’ve been loving recently) and the “Euphoric Studies" EP by Kamron Saniee.

If it was an animal what would it be?

One record in your collection that is impossible to mix into anything?

Bumi Uthiri (LP001) by Uwalmassa, but in a good way! It’s a record I play a lot even though half of it is really difficult to actually beat match. That’s why it’s sick though - all stumbling, gamelan influenced drum madness, doesn’t need to be right on time.

Anything else we need to discuss?

My debut album ‘RESIDUUM’ is out now on YOUTH. The project was in the works for a long time and I’m really happy with the finished record - check that if you haven’t yet!

Club Night Club (the label and party series I run with Only Child) has some really exciting stuff on the way. A few records lined up that I couldn’t be more excited to get out into the world. More news on that soon..

Cheers for having me!

Sparse compositions from the multi-instrumentalist, composer and academic.

Nina Stanger: The 'Shine A Light On' Mix

Based in Aberdeen, let Nina accompany your Friday in style.

A label showcase from a special musician.

Ruin: The 'What's Your Nature?' Mix

Vocalist, writer and sex worker Ruin uses this mix to contextualise her thoughts and feelings.

The Italo Body Music creators welcome us into their alternate reality...