Far better than anything a colony of termites could achieve.

Far better than anything a colony of termites could achieve.

Individually, termites are very simple creatures. Just a few millimetres in length, the translucent insects have only very basic brains, and communicate through a limited vocabulary of pheromone signals. But, collectively, they work together to build the most impressive colonies whose intricate design and complexity resemble vast cities. The human brain, on the other hand, is probably the most complex object in the known universe. It may look like around 3 pounds of set porridge, but it’s actually made up of hundreds of billions of interconnected neurons, meaning that this 3 pounds of porridge produces all of human experience, art, culture and intelligence. But put a few of these brains together, maybe add a little booze, and can they self-organise their way towards pitching a few tents? Well judging by some of the quite hilarious attempts I witnessed this year at Field Maneuvers, I’m guessing we might have something to learn from our distant cousins the termites. But, I ask you, do you think a colony of insects could put on an electronic music festival with as much love, dedication and attention to detail as FM? To be honest, I doubt they’d even get as far as booking the location or applying for the licence.

Nestled in a corner of rural England, Field Maneuvers is relatively small as far as festivals go. You have the main stage, the Sputnik rave dome and the Field Moves tent which is hosted by Jane Fitz and Jade Seatle’s Night Moves party. In between these are an assortment of food tents, a couple of bars and some hay bales for seating/falling over in the middle of the night. It’s not a fancy affair, but who needs bells and whistles? 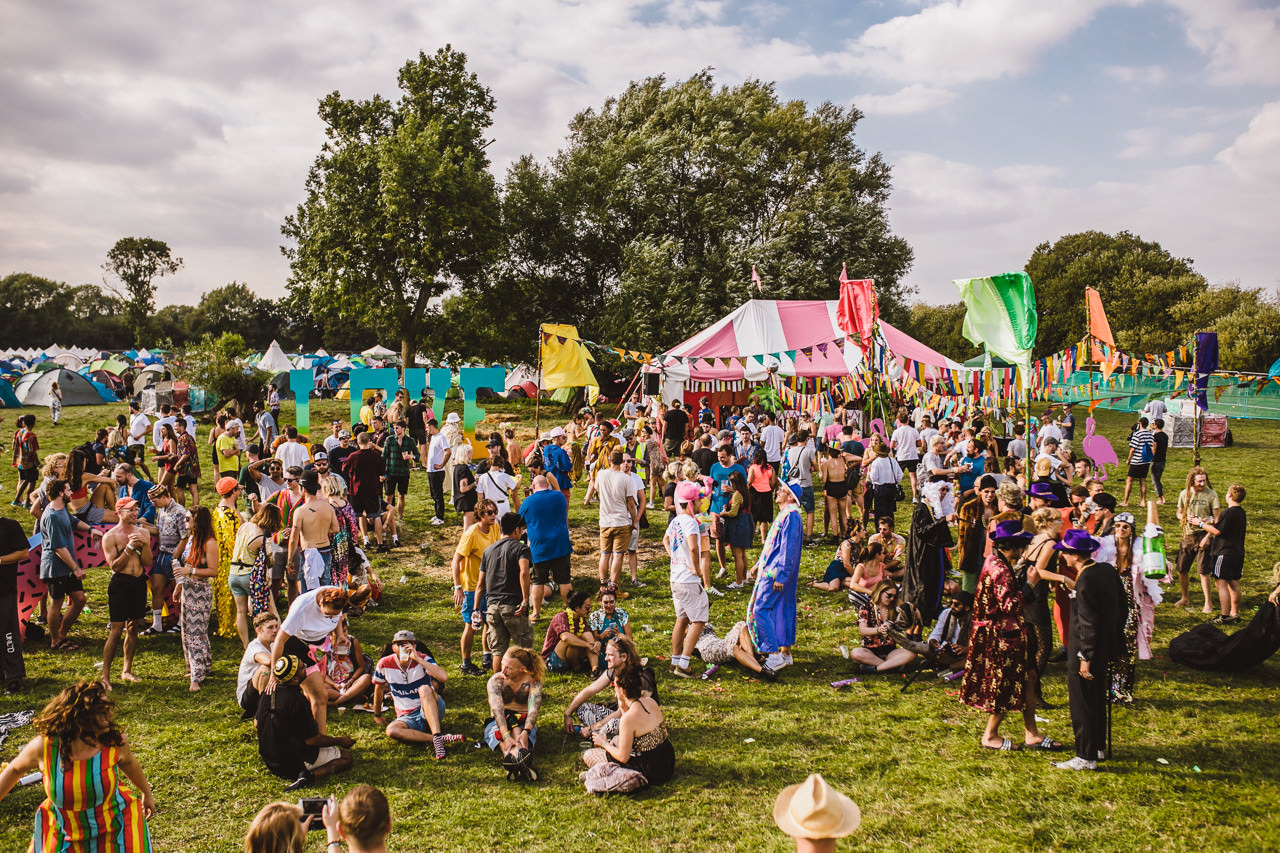 Some lovely people in a field

This is my second year at Field Maneuvers and in the spirit of full disclosure I should let you know that I DJ’ed there last year and even played a very last minute ambient set this year. And, after the dust has settled on this year’s festivities, I can safely say that I will be going again next year whether as a punter, a DJ or even if they just let me in to clean the loos.

The thing that strikes you first about this festival is the feeling of community around it. From the first moment you step on site the people involved in making it happen, from the sound crew to the bar staff to the organisers, everyone seems completely dedicated to making this the best weekend it could possibly be. Many festivals these days are run by large agencies that manage multiple events and for them, each engagement is just another set of numbers on a page. For the people involved here, they pour everything in to the production because not only do they want the people at the party to have the best weekend, but they also want to have the best weekend themselves.

One of the most obvious ways that this manifests itself is the line-ups. When you take even the most cursory look at the main festivals on the circuit in Europe you can see the same few (mainly male) headline acts going from festival to festival topping the bill leaving crowds bored and not allowing any space for fresh talent to step up. The beating heart of Field Maneuvers isn’t the guesting DJs, even though they put lots of time and effort into booking the best guest DJs and they certainly aren’t the usual suspects from the bros club. This year the likes of K-Hand, Powder, Eris Drew and Grooverider were stand out names in a line-up that made my eyes bulge out of my head when I first saw it. But, the team have put together a core group of residents who play year in year out, and are the very life and soul of the proceedings. Big names such as Nick Höppner, Ben Sims or Jane Fitz come back year on year and there’s a strong pool of talent that might not be on as many radars as they deserve. The likes of Iona, Local Group, Violet & Photonz and too many more to mention are all extremely talented DJs who can rub shoulders with the best of them. 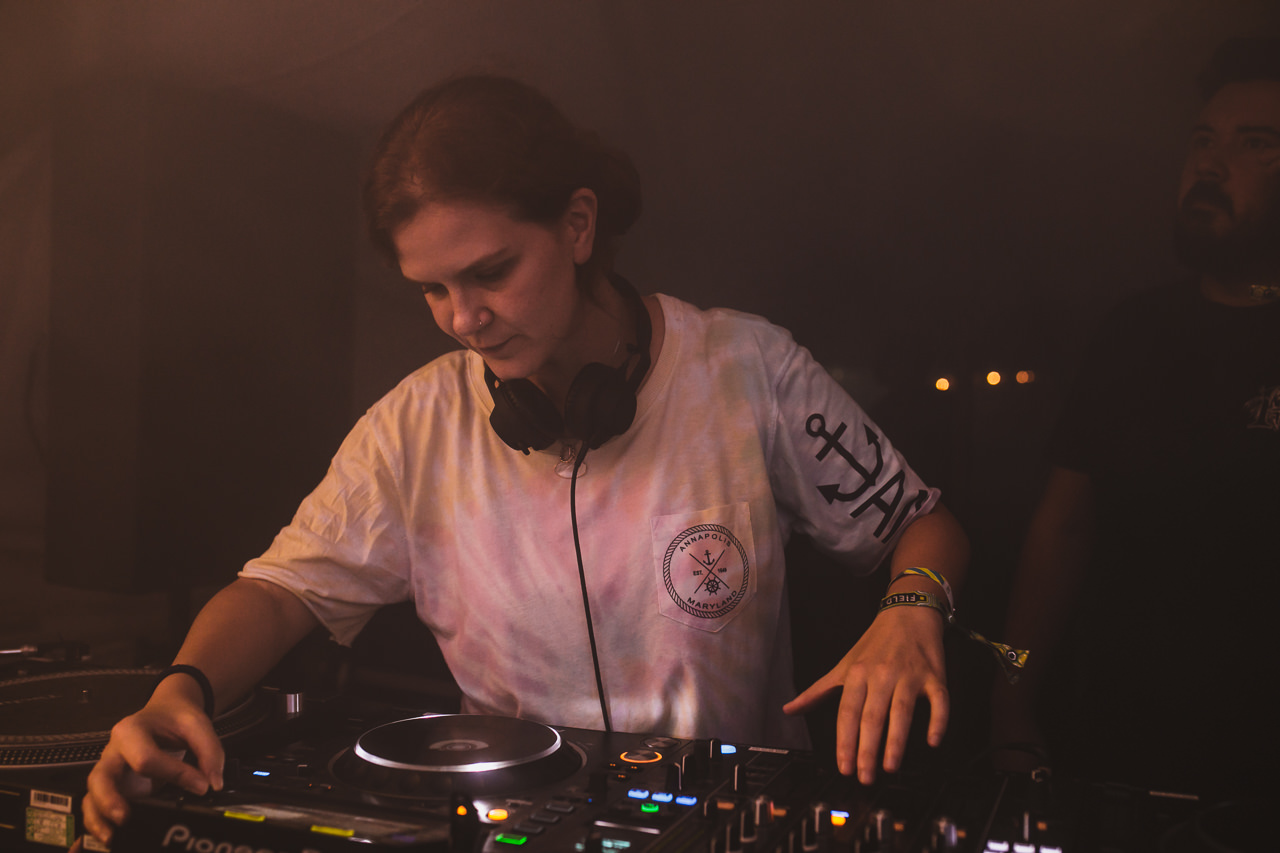 There were few things that struck me as different this year, one of which was a slightly younger feel to the crowd, which is definitely no bad thing. Too often parties split themselves off as being one for the “older heads” (crinkly old ravers who get their dementia pills mixed up with their pro-plus tablets) or one for the "younger crowd" who may know what an Instagram is but defintiely can’t hack it at the after party. Well this year it felt like there was a nice balance between codgers and toddlers and it made for a nice dynamic. I’ll leave you to work out which bracket I fall into but I should mention the Vibealite stickers on my Zimmer-frame (feel the vibe, see the light).

The second thing that stuck out was the addition of the 24 hour ambient tent, and this was nothing short of a stroke of genius. The three regular music tents are set up with the usual functionality of any rave space. DJ at the front, lights down, sound up, and let’s dance. And this is very much the way it should be. But the ambient tent was set up as the perfect space to bring people together to interact and meet. If you sat on the side-lines at 5am watching the room you could see small puddles of conversation attract each other and congeal, until the whole floor is an interconnected mess. A request for a lighter turns into a two hour heart to heart. A shared bottle of water becomes a life long friendship. And the music wasn’t treated as an afterthought either, with people like Mixmaster Morris, Jane Fitz and 12th Isle gracing the decks. Watching Miro Sunday Musiq expertly build up layers of atmospherics while a churning sea of post-ravers did their thing arranged on cushions and sofas was one of the highlights of the weekend.

Down by the Docks: Junction 2's 'Inner City' Review

"Would it be everything they’d waited for for so long? Might their energies have changed? What would it feel like? Were they ready?"

The odds were up against GALA for this weekend; pandemic-related restrictions and the vacation from their preferred date of May bank holiday were big knockbacks, but it really did everything it needed to and gave everyone just what they wanted.

A bundle of smiles, hugs and laughter at the family-friendly festival in Hertfordshire

The last weekend in partyland...