So the BBC is at it again, retelling the story of the birth of rave culture. I get increasingly worried when I see programmes like Everybody in the Place in the schedules… just how exactly can anyone retell this story for the umpteenth time and teach us anything we don’t already know? And even if they do, the rose-tinted and drug-addled memories of those who were actually there can cause a whole load of pointless arguments on social media.

But we still watch them. Even when we think the journalists are wrong about history or the usual rent-a-quotes have overstated their own importance within it, we still have a nice trip down memory lane and feel glad we watched (although we might not admit it publicly).

This documentary was different. While I felt thoroughly glad I watched it, most of the gladness came from being challenged by such an original format. Rather than the usual formula of a load of historic footage and pithy soundbites from the eminent and famous (punctuated by an earnest narrator telling us how it really was back then), the viewer is instead faced with a classroom full of A-Level students being told the story by Jeremy Deller: former Turner Prize winner and general champion of cultural history. 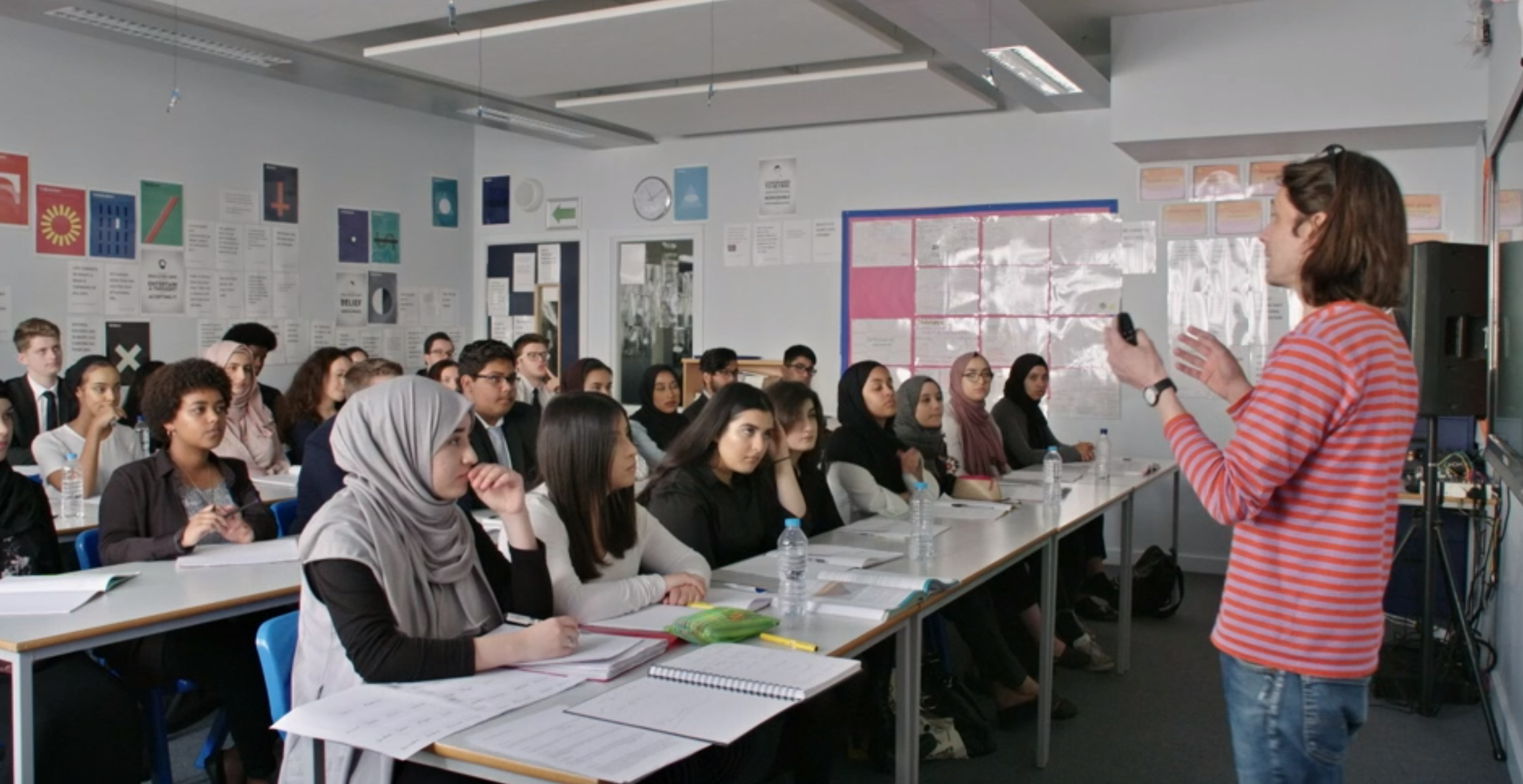 The ‘story’, as Deller tells it, contains some of the more under-rated factors that tend to get swept away by the usual narrative of ecstasy pills, Oaky, Rampling, Ibiza, The Hacienda etc. It was certainly nice to hear mention of how affordable technology empowered DJs to become bedroom producers and also how the same DIY ethic was fundamental to the black sound-system culture that helped incubate early house music in the UK. There’s even an analogy with Marxism in the opening exchanges which gives the biggest clue as to where this is all going.

Everybody In The Place is most certainly not an exhaustive breakdown of the names, times, dates and places of the rave explosion - it is basically one man’s view of what he thinks it all meant. In fact, the only time I can even recall the name of a British DJ being mentioned was right at the end when one of the students read out a quote from Neville Watson (“…it was more ‘punk' than punk ever was”).

Despite so much that was untold, I would much prefer to hear an abridged story with a purposeful sociological slant than a story purporting to be all-encompassing. This to me is where journalism about clubbing history should be going. We’ve had four decades to regurgitate the detail of the individual scenes and genres but so little of this time has been spent objectively quantifying the social meaning. People like Derrick May and Danny Rampling have certainly not been shy in talking about matters of society down the years, but it’s refreshing to see a more academic standpoint from someone whose views could not have been influenced by any notoriety they had at the time of the story.

I wasn’t really there myself at the beginning (aside from being an 8 year-old who thought 'Ebeneezer Goode' and ‘Injected With a Poison’ were funny), but I most certainly have been there to witness many of TV’s botched attempts to retell the story, and sometimes worse: the irrational debate that follows them. For a few days in the year our social media feeds descend into name-calling and regional posturing normally the preserve of football fans and their “banter”.

Thankfully in this case we were spared the semi-famous DJs stoking it up by crowing about why they weren’t mentioned (presumably because the programme ignored all of them in equal measure), but nevertheless, you didn’t have to look very far to find the views of Angry-Retired-Caner of Twitter:

Firstly, the point about drugs - this is the easy one. People took amazing pills at the early raves did they? Well thanks for that, I’d never have guessed. WE ALREADY FUCKING KNOW MATE.

The political/leftist point is more interesting. I’ve certainly spent much time in the past enraged with people in documentaries who make lazy analogies between creative culture and news events they can conveniently find archive footage for, and on the face of it, Deller placing the miner’s strike at front and centre of a lecture about the rave explosion looks like a bit of a stretch.

If you were in South London in 1989 your route into rave culture was surely not defined by miners’ strikes or new-age travellers. Similarly, if you got off your nut in a disused warehouse in Blackburn you probably weren’t on that dancefloor thinking “up yours Thatcher - I’m going to have this pill because you put my dad out of a job”. But why was that warehouse disused in the first place? And how many years of grim news had been seeping into the minds of promoters before they decided to think like anarchists and throw parties that subverted the law of the land?

Even when promoters were putting on nights for no better reason than to knock out shedloads of gear to the punters, the politics of the day was always in the background - it simply had to be. And in the case of the outdoor free-party scene, the political meaning could be a lot more overt.

If Deller’s citation of Detroit wasn’t enough, just look at Berlin if you want another example of how a musical scene thrived against a backdrop of social unrest. Decimated in the war and then occupied by the allies for 40-odd years, West Berlin was the only part of West Germany where young people could live and avoid national service. Then the Berlin Wall came down to reveal an abundance of empty buildings in the east that became home to a load of experimental pacifists and punks (and as Deller pointed out, some recently uprooted British rave promoters)…. surely it is no coincidence that Berlin ended up with a massive rave scene afterwards? 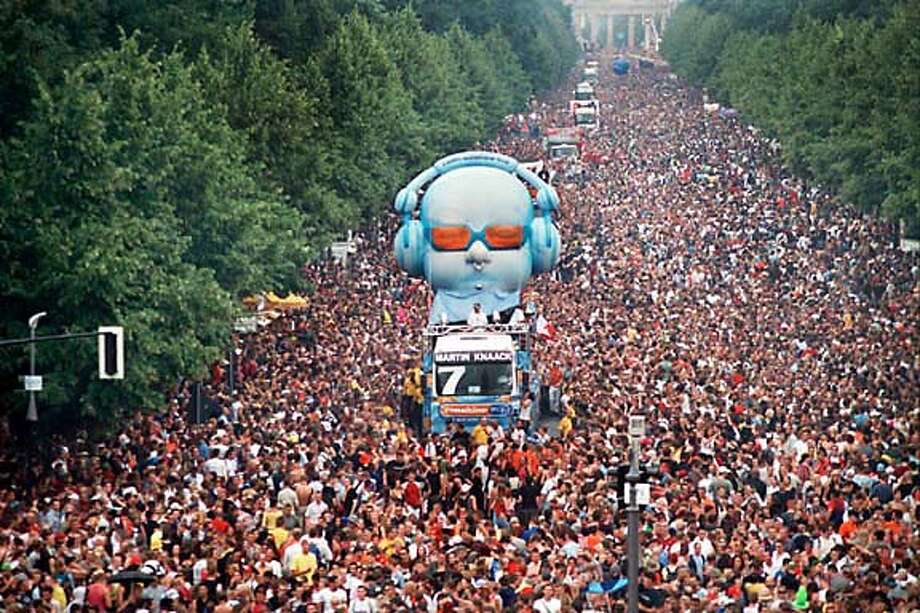 Where Deller kicks the ass out of other journos and programme-makers who should have been qualified enough to know better, is that he doesn’t pretend to be an absolute authority. The full title of Everybody In The Place: An Incomplete History of Britain 1984 - 1992 is smartly self-depricating, and at no point does it say that anyone “invented” or “brought house music to the masses", or that one social event “caused” an entire scene.

On the other hand, last year’s Can You Feel It - How Dance Music Conquered The World tried to tell us that we wouldn’t have had house and techno if it wasn’t for “a chance discovery” by Pete Tong! (as discussed at the time in this R$N article) The tone Deller adopts when explaining his argument is key in my opinion. “It’s just an idea I have about it… that the miner’s strike affected the rest of the 80s.”

This might not seem like much, but by humbly declaring your angle you can actually make your journalism more fair than by pretending there isn’t one. The standard objective of the past - especially at the BBC - was to go all-out to demonstrate a position of neutrality. But as we saw with Can You Feel It…, a fair story is not guaranteed by simply using a ’neutral', authoratitive-sounding narrator and quoting eminent people who were actually there. And as an aside, did the cowed-neutrality of BBC political journalists successfully deliver the truth during the Brexit debate?

The genius of Deller putting himself in the first person and setting up a lecture to a load of teenagers is that you know exactly what he’s driving at and who his audience is from the very beginning, and so you can decode his arguments accordingly. Yes, there are some broad brushstrokes at times and one or two assertions I winced at, but the context renders them inoffensive in my eyes. As a TV viewer of the lecture you can put yourself in the position of overhearing a story rather than being directly told it, and therein lies some additional creative license.

While it is possible that the students witnessing Deller's lecture will go away thinking that ravers were more politically conscious than they actually were at the time, I don’t think this invalidates the programme. Whether the public likes it or not, we are going to see more and more documentaries told unapologetically through the eyes of an individual, if nothing else because broadcasters and production companies cannot afford to pay for the layers of journalistic formality they were able to in the past. I think this can actually be a good thing, as long as you have the right storyteller.

The disagreers are vehement, taking to social media to remind everyone how good the music was, how good the pills were and how completely disinterested they were in the politics of the day - but will they admit this programme made them think in a different way about ‘their’ scene?

Probably not. It’s so much easier for people to moan about why their favourite thing wasn’t mentioned. And yet, on the quiet, even the haters will have learnt something from this programme. Hats off to Jeremy Deller and the BBC for being brave enough to do something different with a story that people are so darn protective of.

More articles by Mike Boorman can be found here...

Should we still be arguing about who ‘discovered’ house music in the UK?

House nation: the state versus the rave pt 1

House nation: the state versus the rave pt 2