A lot has been made of dance music’s ‘hot topic’ this year. Are we facing an existential crisis within club culture or are we not? I know where I stand but there appears to be as many sat upon the fence as there are speaking out or discussing the facts.

If dance music is truly an all encompassing, welcoming family, within which identity is irrelevant, then why is it that I often find myself outnumbered on the dancefloor? Why are girls still amidst the minority?

This is not necessarily a bad thing, no, not at all. However, I am simply curious as to what might be the reason behind this clearly apparent division. There’s no sign on the door which reads ‘men only’, there isn’t a manual which instructs males do it better and there’s certainly no lack of social applaud when a female star rises to the attention of others.

In the face of such a question I have found myself upon a quest of sorts to determine the reason behind this stark divide, whilst drawing particular focus to techno as a genre.

A small online survey was conducted anonymously and distributed amidst socially relevant music focused groups, the results themselves made for interesting reading with 80% of those who answered identifying as male as opposed to 20% female.

What could be the reason behind such discourse? Where lies the behind of this controversial demographic?

Let’s puzzle over this mystery of possibilities…

First of all I’d like to ask a question for the men:

“How would you feel if you walked into a rave and the majority of the crowd were female? Would you feel an element of insecurity? The lack of being taken seriously or would you simply feel like the odd one out?”

There is no correct answer here...

“Perhaps you might not bat an eyelid because hey the selector is outrageous, the sound is on point, the vibe surreal and even better there’s a room full of intelligent females who know what’s good for them… What would it be?”

At this point you might re-evaluate your choice of activity. Sink or swim - stay or flee, prisoner or individualist, conformist or maverick, opt-out or opt in.

This brings us onto the debate of what music is and should be to the individual. Let’s be blunt - no man, woman or otherwise should ever have to ask themselves whether they have the right to access a creative art or space. Any belief which states otherwise is simply faulty.

Since when should music represent one particular ideology, belief, gender, role or behaviour. Or even more cause someone to debate the validity of their own interest, feeling discouraged from taking part. Well... Moonshine-malarkey to that. At the root, music is and should be based upon emotion and instinct, if one is discouraged from following such feelings then something is clearly wrong.

For those of you feeling skeptical about your own interests or tastes, caught up between what you really want and what society tells you to believe... just remember the journey of self-discovery and expression you’re on.

So, imbalance is confirmed through first-hand experience. Personal surveys recorded through the likes of the ‘Identification of Minimal Music’ group and stats from ‘Women In Music’ showcase a wealth of similar tales. Here are some of the theories behind why women are “less interested”...

Such observations left me questioning myself…

“Could this be true, do our hormones change our musical taste? Is my testosterone imbalance the reason for my infatuation with minimal? Could our fluctuating monthly cycles be the answer to varying interest in jungle, hardcore and techno?”

On the other hand it is plain to see how location might influence taste or interest. Growing up in the suburbs of Detroit or Berlin could lead a life astray from pop culture, instead encouraging interest in inescapable sounds stemming from hard-edged heritage. Such places have never been perceived as idyllic in the sense of inhabitance, but from the perspective of freedom, abandonment and creativity they could be viewed as paradise with less focus on gender and social background. A cultural hub of unorthodox sound.

However, it then makes for interesting analysis that many respondents to the questionnaire stated that they felt less of a gender gap at dance events in the Netherlands. Some even remarked that in parts of Eastern Europe, Romania, Lithuania and Poland females seemed more passionate towards electronic music and techno than men. Does socialist equality and cultural identity play a role?

Such ideas have led to the analysis of self and gender. Our relationship with our identity, our needs, our interests can be complicated and conditioned. Perhaps we have been led to believe that impenetrable sounds are less ‘female’, more ‘androgynous’ and hence out of reach. It could be likened to the shock and surprise that a young school girl faces when she chooses to play the drums as opposed to the piano. Heads turn and people talk.

Elsewhere some believe the idea of staying up till tomorrow’s dawn, sweating with joy and late night revelry isn’t considered ‘girly’. The result? A male dominated space lacking diversity and intimacy. Is it really any wonder that there aren’t more women in dance music when such discouragement is rooted in far deeper social conditioning - it’s a vicious cycle.

We should be supportive, proud and respectful of the fearlessness shown by girls prepared to dance with reckless abandon. Their love of music and desire to be amongst it all that matters.

From the moment we are born, our gender immediately decides how we are to be nurtured. Females are encouraged to be purely maternal whilst men are expected to be thick-skinned. However when these boundaries blur and a female is seen to be ‘androgynous’ or a male is found to be more in touch with his ‘feminine side’ it causes confusion and shock.

The survey offered an observant and insightful response. More than half the males noticed and were aware of this divide; responding that dance music should be ‘genderless’, unadvertised to either sex and that personally “they couldn’t care less” about identity within dance music. Does that make them senseless or purely unaware? Probably the latter given that they’re the ones having a blast.

Feelings of confusion and uncomfortability came up a multitude of times with the male-swept dancefloors being described as “weird”. Some even went as far to declare that without the fiery female company, stimulants alone aren’t enough - the dancefloor feels “sleepy”...

One spokesman stated that in fact this “questionnaire itself creates the divide not dance music.” Point valid but it caught your attention didn’t it? Ultimately the only way problems are addressed is through discussion.

Tessa VDB of Femmes De La Fete, an Amsterdam based blog which aims to shine a spotlight on everything in the underground music scene touched by women, approaches the subject from a different trail of thought…

“For me, for DJ’s it’s about stimulation, you need self-confidence and to be able to think you can feed others with your taste. In nightlife you have the leader’s of the friendship group, the ones with the music vision and the group of followers and there is still too many male leaders. We as women are not stimulated to be leaders in that we can move this many people with our taste or voice.”

It is her belief that the way forward is to encourage the few “leading and activating ladies” to find one another, group together and set an example for the broader scene. She further expresses her need for such qualities to exist within women in music, sharing the following anecdote…

“My close friends did like to party with me once in a while but they never really felt the same about the music as I did. It was this in turn which drove me to travel alone to a festival in Romania, nobody could or wanted to join. I took an Airbnb alone, met up with girls I’d only ever spoken to online and made new friends with whom I now stay connected through a shared passion. In fact it was so successful that next year lots of their own girlfriends want to join too.”

An inspiring female warrior and the power of the rave in action... 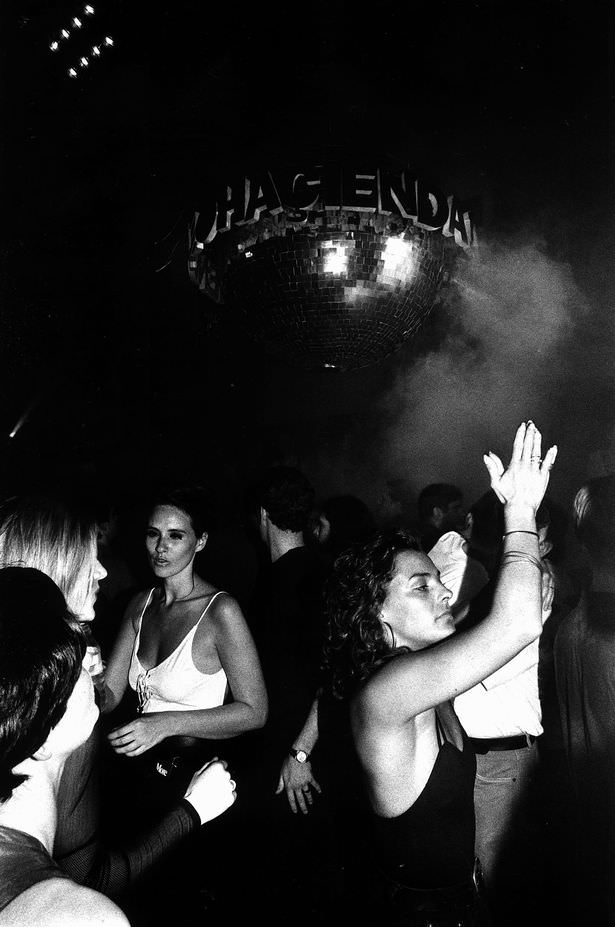 So, where does all this leave us? Will we ever reach a 50/50 quota? Figures like Carl Cox have been backing women for a long time, stating recently that it’s absolutely “necessary”. Elsewhere, others such as Moxie, Haai and Heidi have all pushed similar sentiments but warn to be careful... it’s not what you book, it’s who you book.

Meanwhile should males be seen to be mentoring females or would that in itself demonstrate a divide? Apparently to acknowledge such a divide is the reason behind the issue itself....

Conclusively there is no conclusion.

Some still refuse to discuss or address the debate entirely and you’d be surprised by the number of successful female DJ’s who have declined to comment or feature as part of this article.

Given time, space, room to be heard and no judgement we can create a truly inclusive space. In my personal opinion, there are quite simply not as many girls actually interested in the minimal and techno scene. I often enjoy myself at these nights amidst a male dominated crowd but think it’s a shame that there’s not more girls to enjoy it with. However, now so more than ever, it is important to ask whether this is due to lack of interest or something bigger?