This Week.. Rubbish, It's All Rubbish

"My fake plants died because I did not pretend to water them."

This Week.. Rubbish, It's All Rubbish

"My fake plants died because I did not pretend to water them."

"My fake plants died because I did not pretend to water them." - Mitch Hedberg

"One advantage of talking to yourself is that you know at least somebody's listening." - Franklin P Jones

"A day without sunshine is like, you know, night." Steve Martin

As a recession looms and a black cloud hangs over the heads of a nation we can only be thankful for the very fact that soon the planet will be too hot to live upon and we will all be burnt to a crisp. Rejoice!

Anyway, this week has seen some heroic deeds, some stupid heeds and wrestling stunts on instagram feeds.

Meanwhile Jeremy Corbyn became an honorary member of the Green Brigade in Romania - a well earnt break from battling Boris. A dad jumped into an aquarium in what may be the most dad esque stunt of the year and Boomtown is back again.

Are you a fly-tipper? No, not a cool, generous diner... someone who throws their garbage / unwanted appliances away in unsuitable places for waste disposal. Well, be warned...

Did you know that the legendary MC, MC Devvo, was, in fact, a primary school teacher? A fucking school techer... He was fired earlier this year after bosses discovered he had a secret double life as the 'foul-mouthed rapper', whose hits include 'F**k ‘Em Young', 'Summertime Gash', and 'Donny Soldier'. 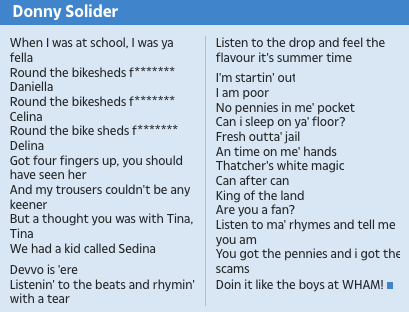 So, 'murica and it's gun problem is still a thing... another two shooting sprees last weekend. At least 31 killed in Texas and Ohio. And that makes 246 dead prior to the weekend and nearly 1000 injured.

Isn't the weather utter shite at the minute, eh? It's nearing mid-August and there's some wasteman weather front about to hit the UK this weekend, whilst the previous few weeks have been autumnal at best. The Trump administration removes quarter of all climate change references from government websites...

And Chinese authorities have declared a red alert as a powerful 'super' typhoon (Typhoon Lakima) heads towards the eastern coast, which is currently battering Taiwan with winds of more than 190km/h (120mph) and is due to reach China's Zhejiang province on Saturday.

Closer to home we mourn the cancellation of several festivals taking place this weekend, specifically Houghton, who announced the devastating news via social media yesterday amidst fears for attendee safety due to the nationwide weather warnings. Absolutely gutting for all involved! Here's to a bigger, stronger 2020 edition.

"Hello Alexa... How many schoolchildren were hired illegally to make you work for me?" 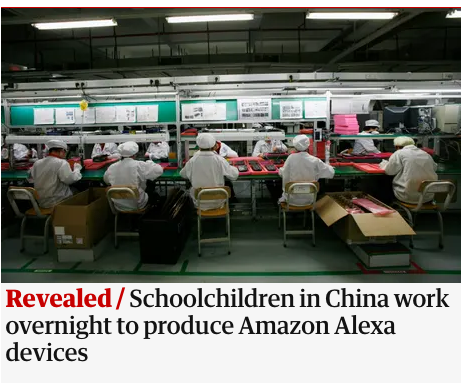