The Russian producer guides us amidst the backdrop of the city.

The Russian producer guides us amidst the backdrop of the city.

There have been tall tales to emerge from St. Petersburg, stories of late night dancing and hedonistic parties with good people and well versed dancefloors. In the nineties it was regarded as the rave capital of Russia and based off recent reports it would appear to be in as good a state as ever.

Maruwa is an up and coming producer from the city, a singular dj who exists against the sprawling urban backdrop channling far reaching influences from beyomd her years. As a classically trained pianist and a child of the 90’s / 00’s, Maruwa's productions link emotional impressionism and IDM atmospherics with tropes of breakbeat hardcore and rawness of dancefloor oriented house.

Russia remains unchartered territory for many dancers and disc jockeys, this feature is an insight into the place that Maruwa calls home, shining a light on the enigmatic personna of an unassuming city.

She guides us around below...

The Greenhouse of the Tauride Garden

"The greenhouse of the Tauride Garden is a small kingdom of summer, tropical flowers and majestic trees in the heart of cold and grey St. Petersburg.

I love this place, because there I can relax from the city noise and the wayward weather, which does not make us happy with no sun for most part of the year. By the way, interesting exhibitions and concerts are often held here. The light show during concerts on the background of giant ficuses and palm trees looks particularly impressive.

On the second floor there is a cozy cafe with a view of the greenhouse space. There you can drink coffee, snacks and French cakes." 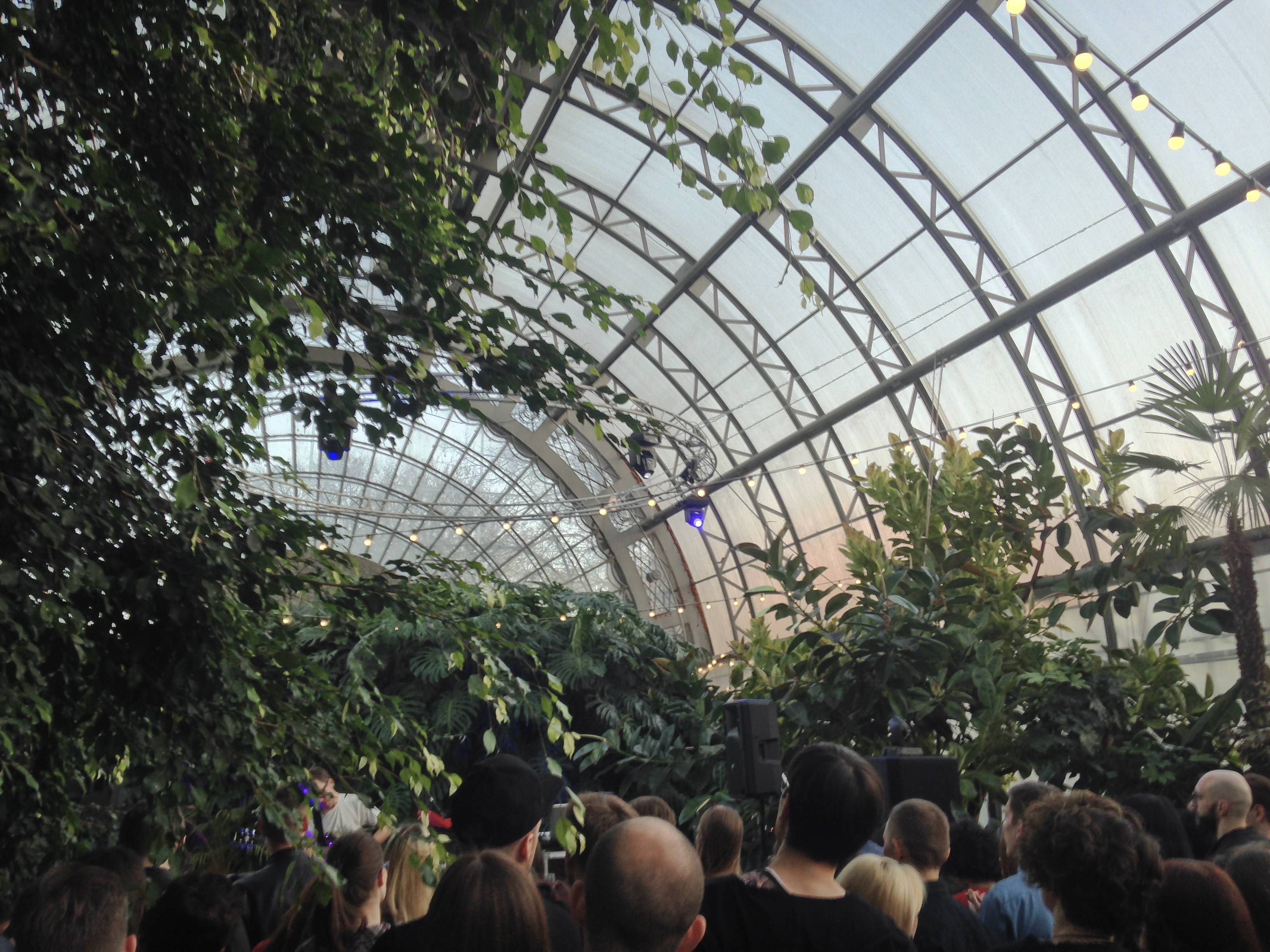 "St. Petersburg is known for it’s hidden places. The Chinese cafe Tiger Lily is one of them. You can get there only through a flower shop located in Passage — one of the oldest department stores in St. Petersburg.

The highlight is it’s gothic constructivist interior: designer furniture inspired by the 60s, industrial lamps and carved doors coexist in a sterile white space, and a giant stained glass window separates the kitchen from the dining room.

I love to come here with friends, to grab a bite and chat in a calm relaxed atmosphere. The classic broken cucumbers with cashews in a spicy sauce, ‘Bang Bang’ shrimps and Dim Sams are a must try." 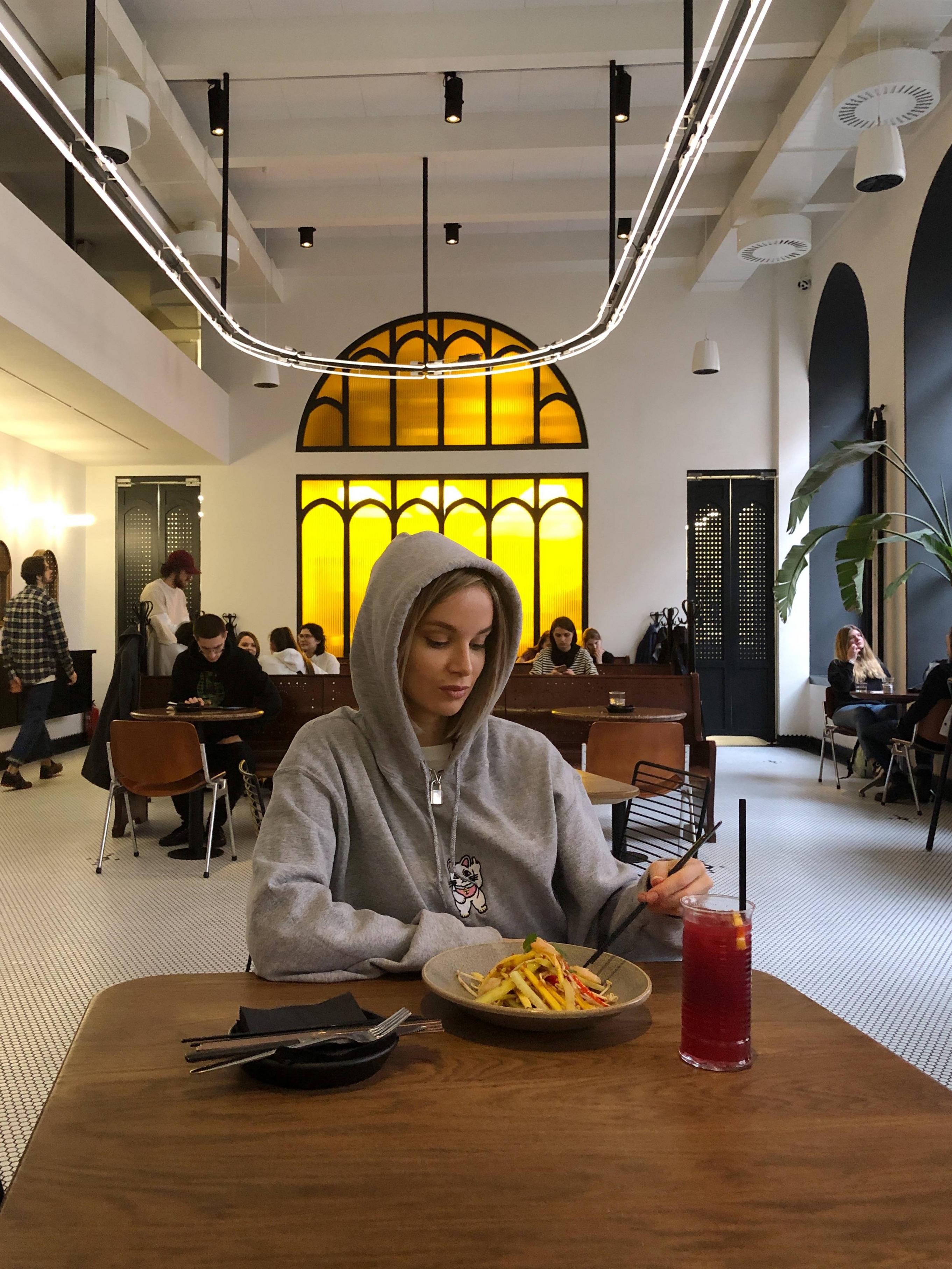 "Underground radiohub and community with curated programmes and live broadcasts. The owners of TEST FM rent a room in the industrial area next to the wood factory. The bright space with huge windows, a lot of unusual antiques, old renovated furniture and a small bar together create their own unique atmosphere.

For many local DJs and clubbers it has become a tradition to come here on Sundays to chill and play for friends after the noisy Saturday parties. Also, sometimes vinyl markets take place here. Admission is free, but you must first contact the owner." 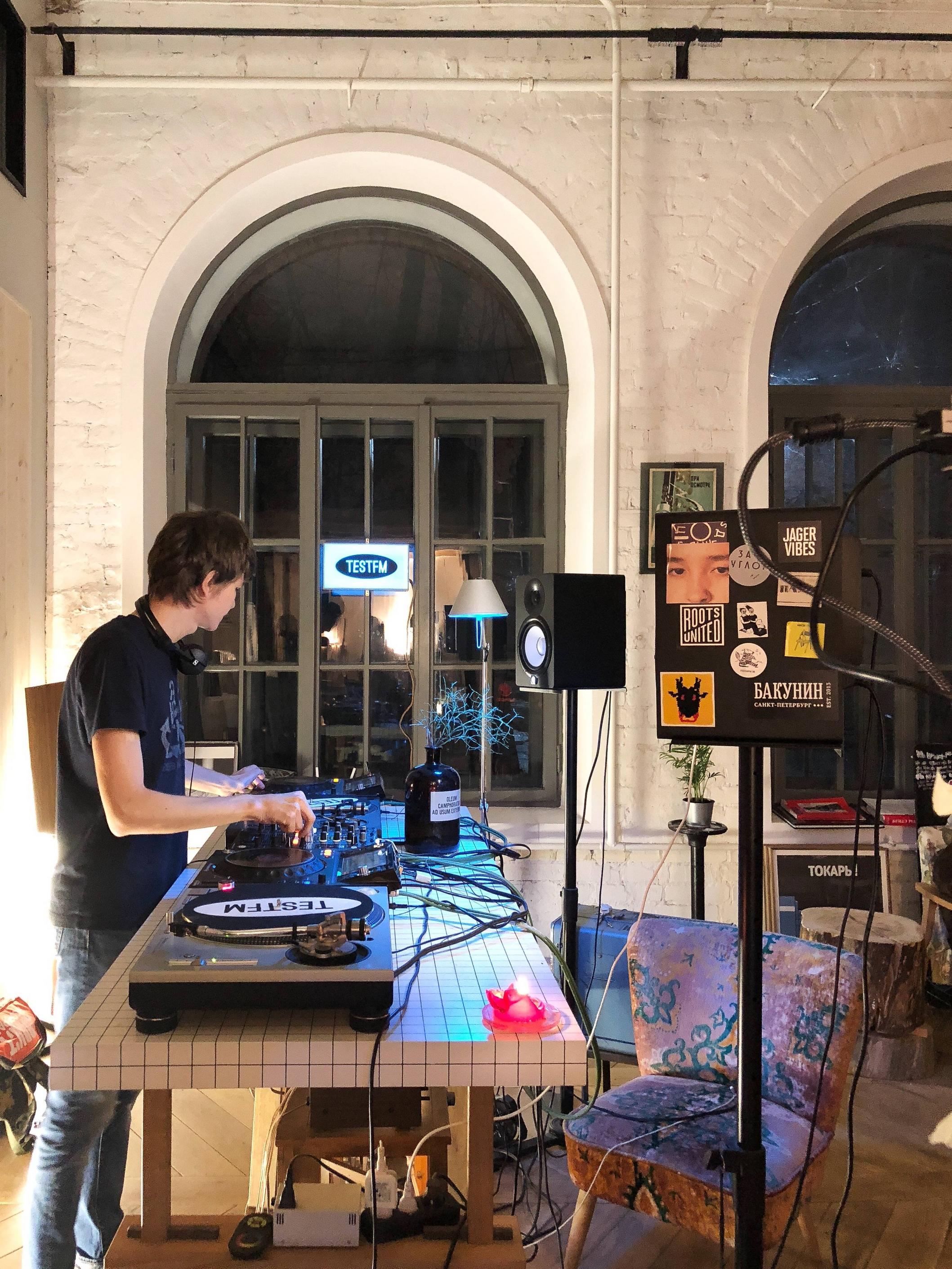 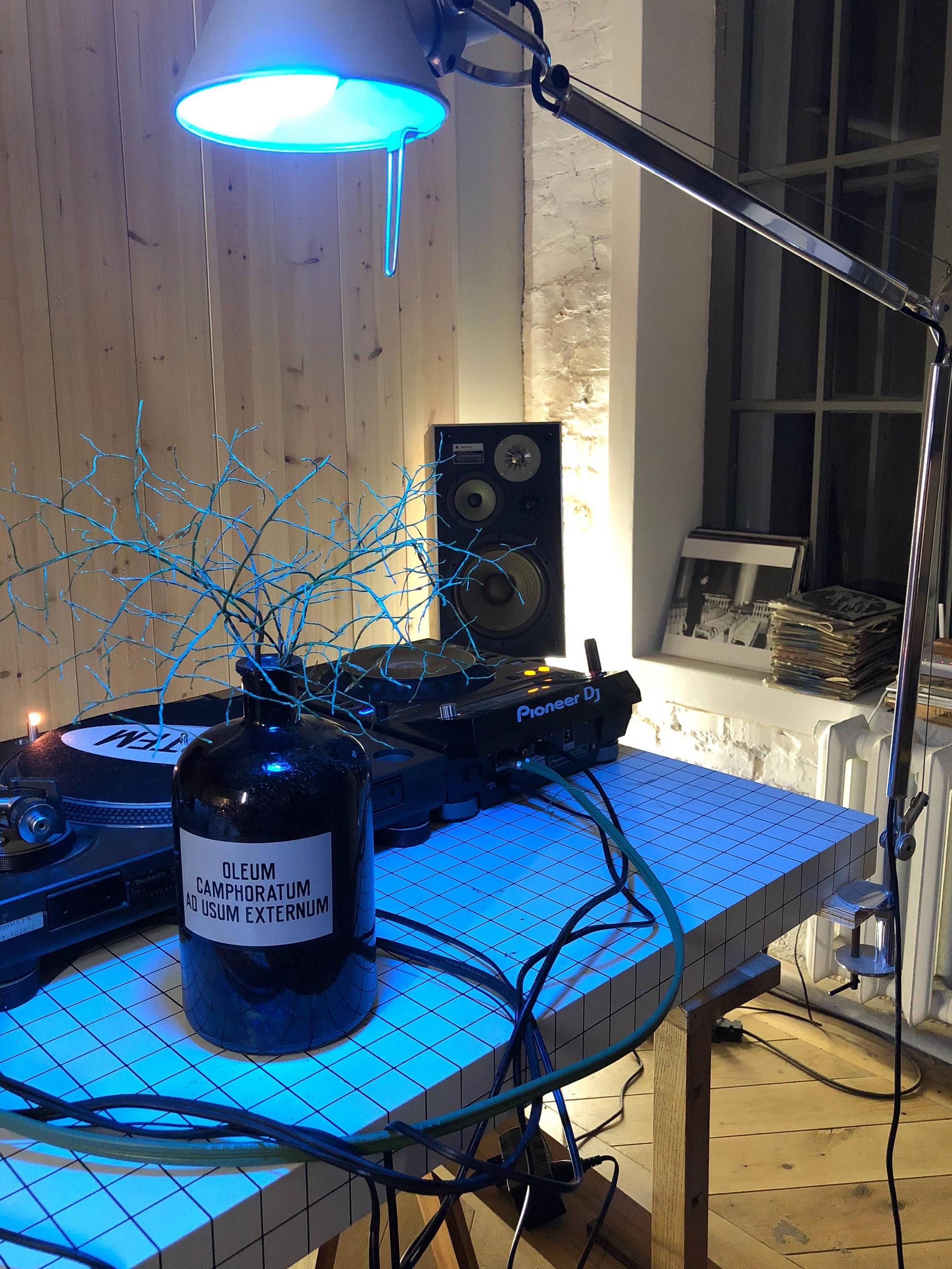 "There are many lovers of Italian cuisine here, and I am one of them! During last few years a lot of small places such as Pizza 22 cm made by enthusiasts were opened around.

Everything is lovely here — the name, the interior and the prices (most dishes cost up to 5-6 euros). Pizza is cooked in a wood-fired oven, and the owners regularly go to Naples, where pizza originated, for training. Here you can find not only some traditional classics, like Margarita, Pepperoni and Napolitano, but also experimental tastes such as pizza with pear and gorgonzola or with duck and caramelised pumpkin. If you like pizza, this is just a must visit place in St. Petersburg!" 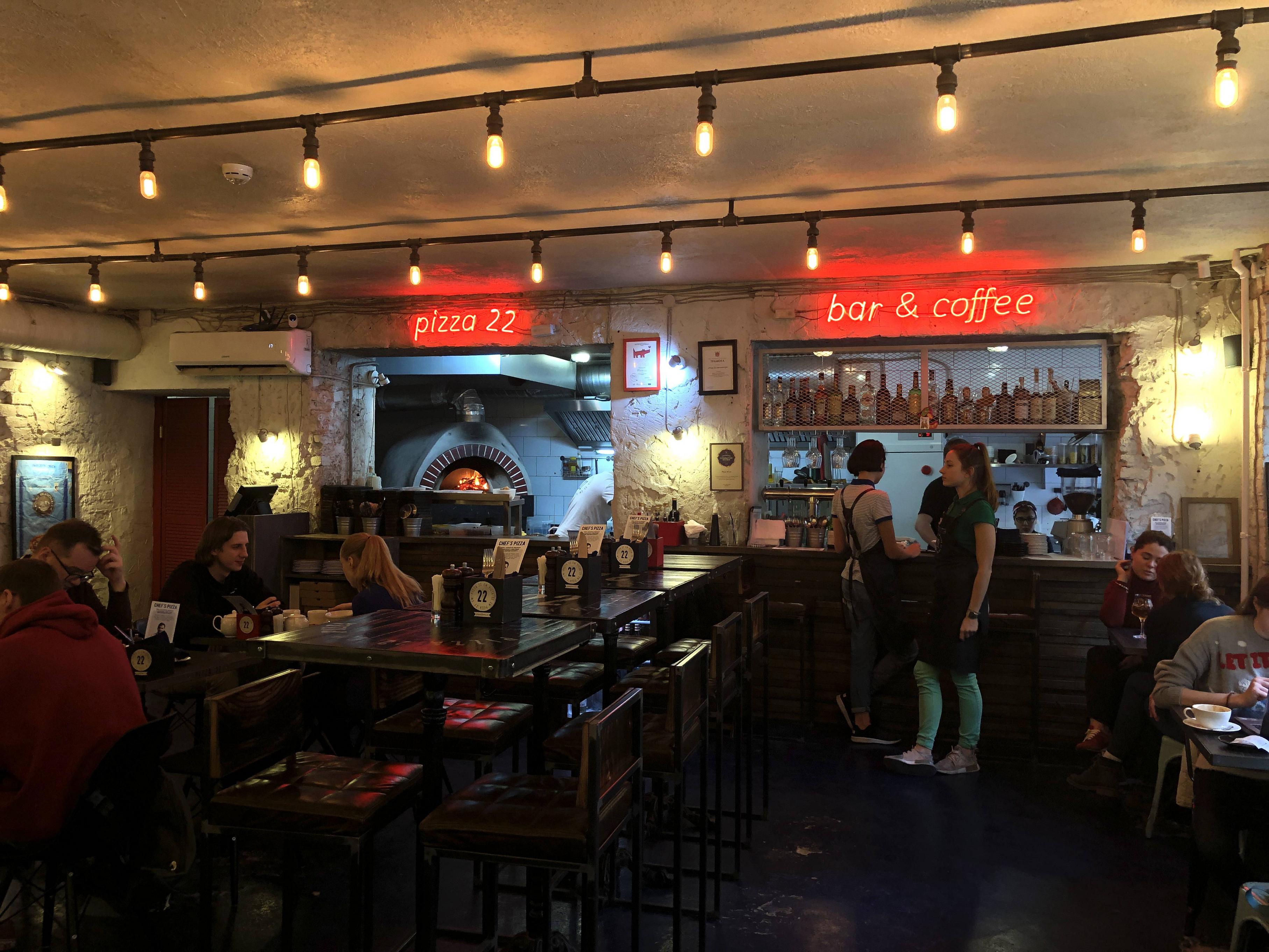 "Have you ever been to the Soviet cinema? If not, then you still have the opportunity.

House of Cinema, which was built in the style of the Italian pallazo, immediately attracts attention when you turn out on Manezhnaya Square. I love this cinema for the atmosphere of the USSR. There are no crowds and no long queues, and there you can not buy cola with popcorn.

House of Cinema often shows art films and masterpieces of different years, which can not be seen in large cinemas. Sometimes I even go there alone: after watching a movie I can stay alone with myself and think about what I’ve seen. There is also a nice little cafe, where you can drink coffee and enjoy the magnificent view, which opens from the windows." 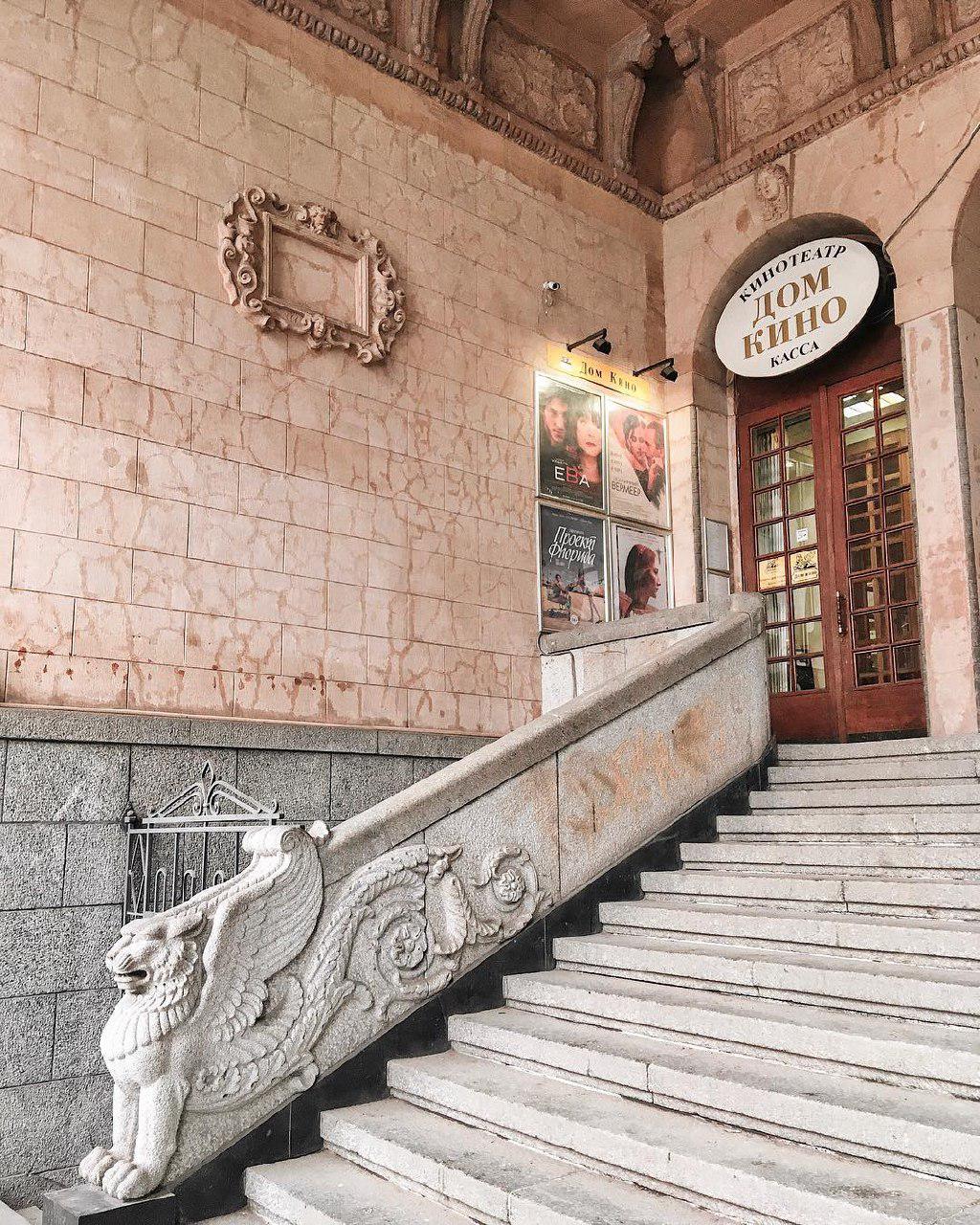 "Speaking of the nightlife in St. Petersburg, it is impossible not to mention ‘Konyushennaya Square’. At the surface it seems that nothing special is happening there, but if you go to the yards located behind the square, you will immediately get to the very epicenter of the nightlife. At least ten clubbing venues are located here. For myself, I could highlight club called Tancploshadka. I like the easy, relaxed vibe of the club: palm leaves and disco balls do their job. The club often books very cool musicians and DJs: during last six months there played Floating Points, Young Marco and DJ Seinfeld.

Another place to mention is Mosaique. It is located in the former tsar’s stables, with huge arched ceilings and tiles on the walls. Here you can dance on PA’s in the dark to some techno from local DJs and foreign guests." 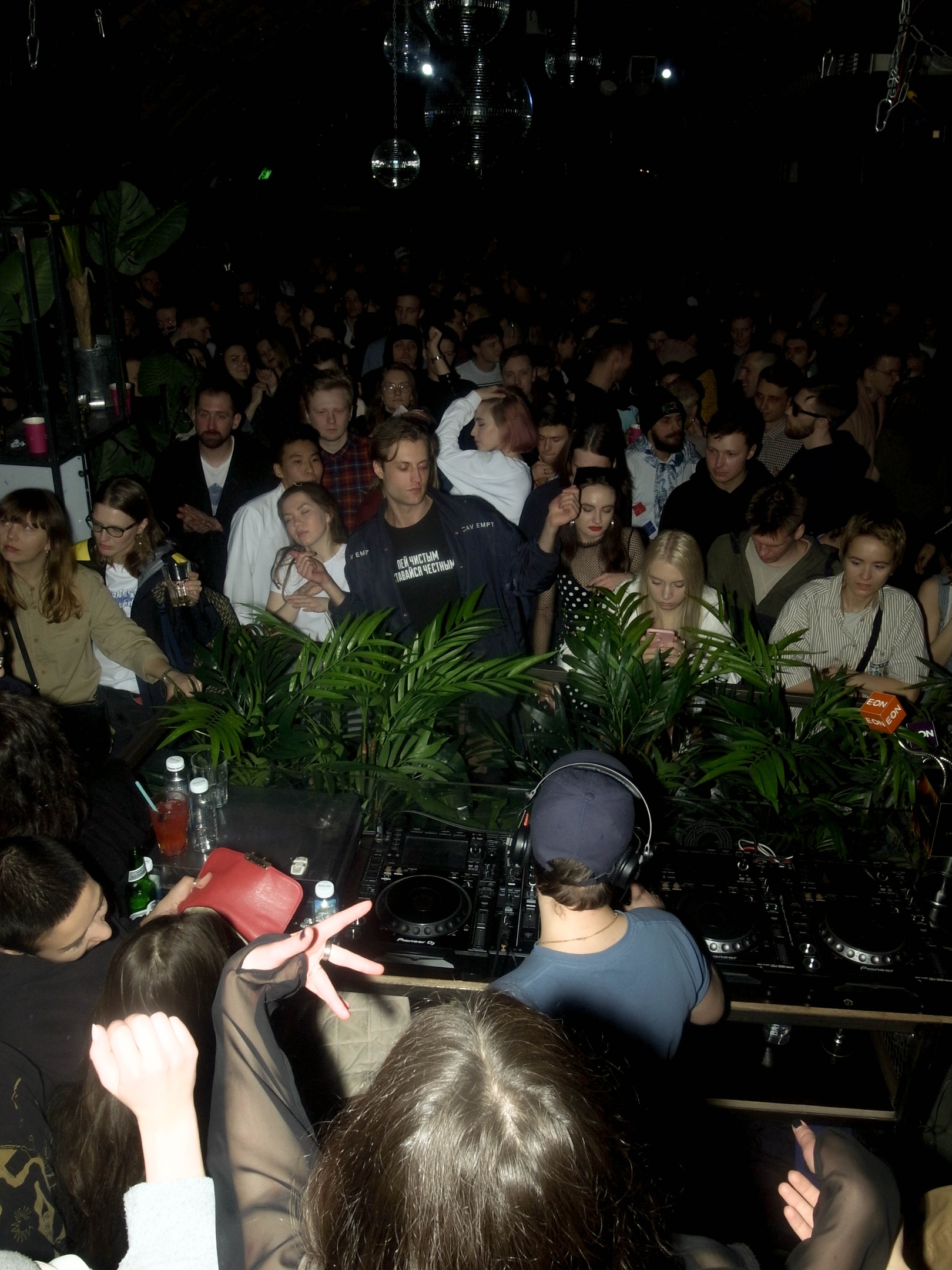 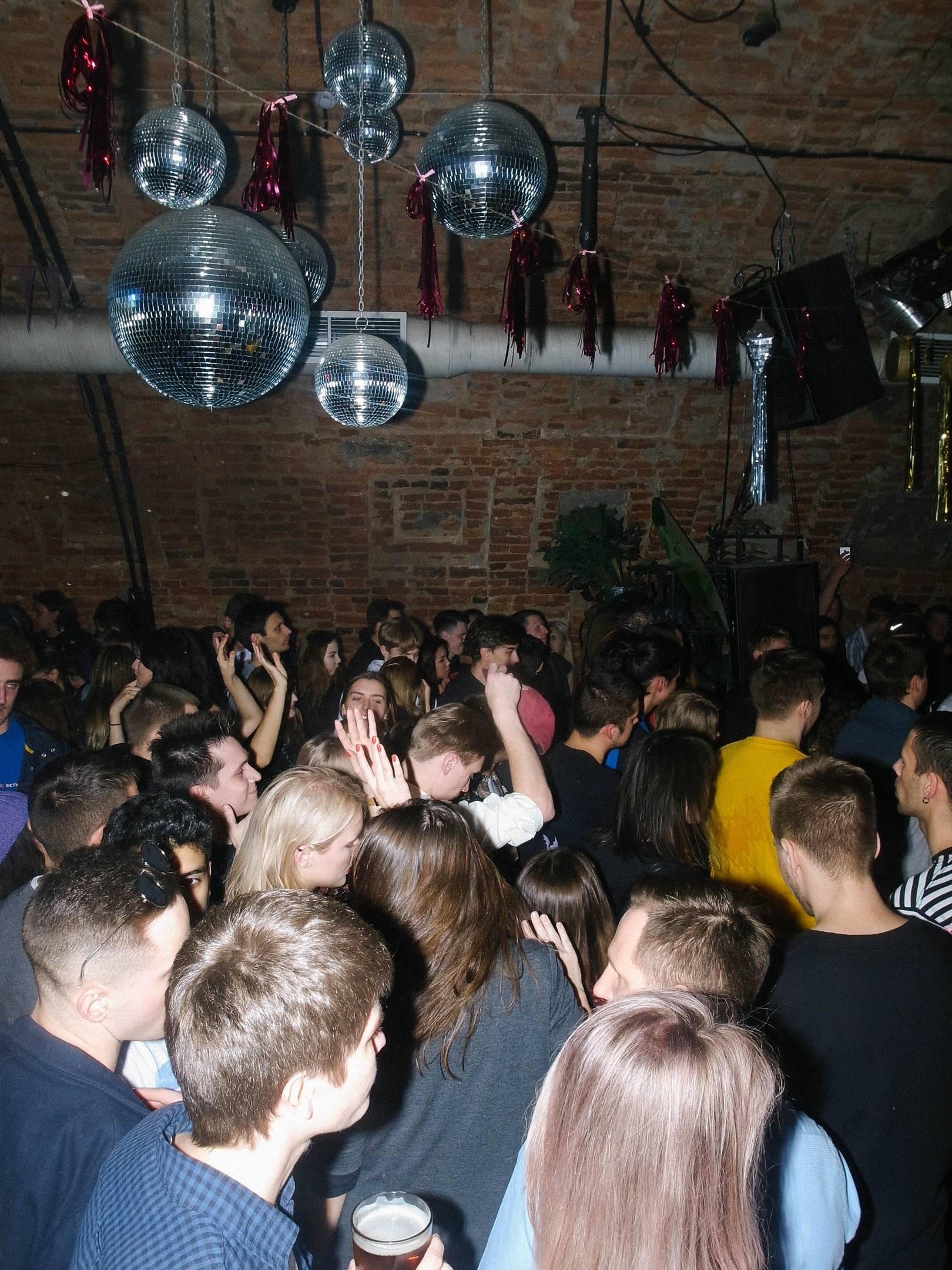 "If you like Japanese cuisine — here you are! Checked repeatedly by me and my friends — this is the best sushi in the city. Laconic interior, decorative items from dark metal and grey concrete walls: nothing distracts you from delicious food. Recently I introduced this place to my friend from London and she was so in love with it that she promised to have dinner there every day before leaving. I highly recommend the roll Rainbow and the roll with salmon and guacamole." 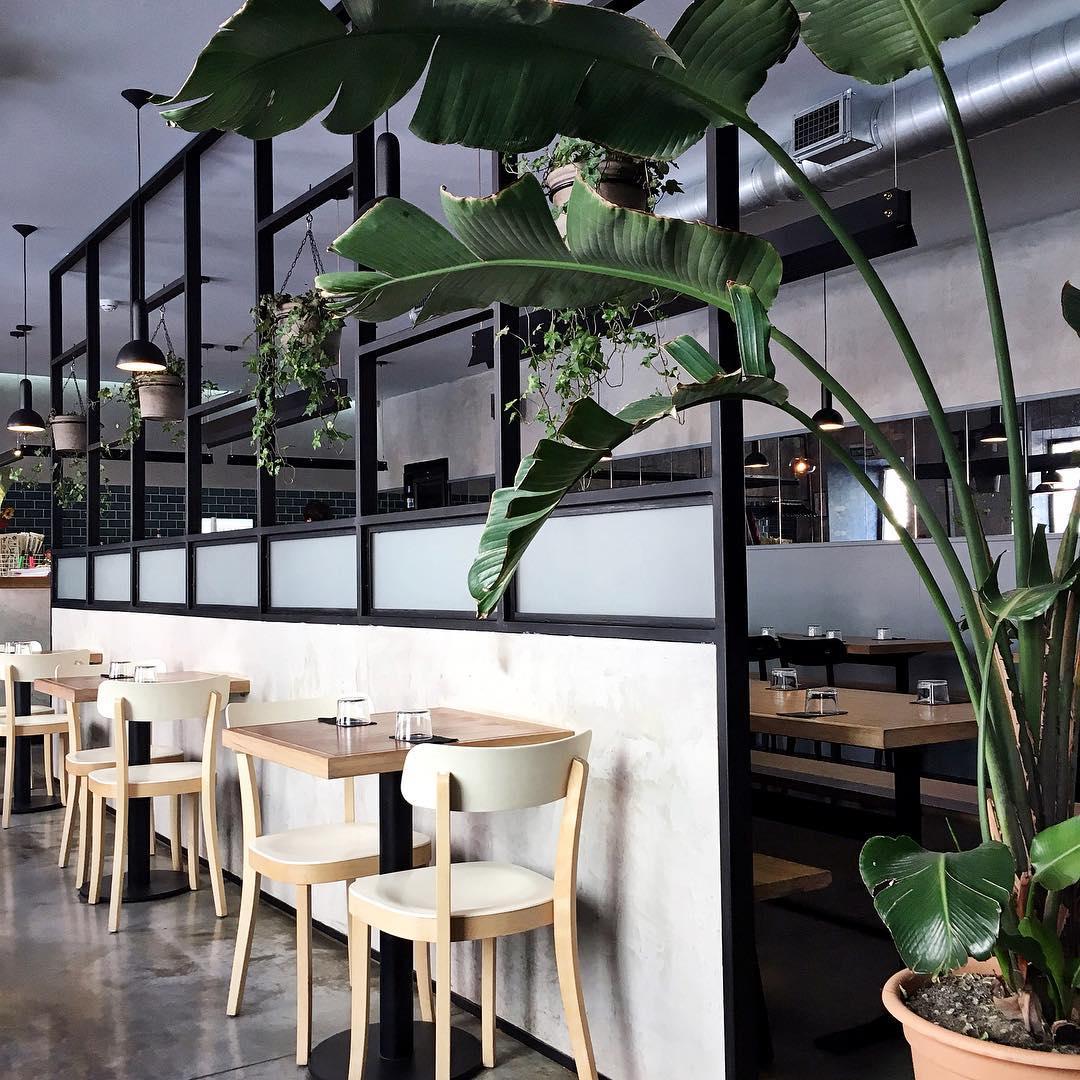 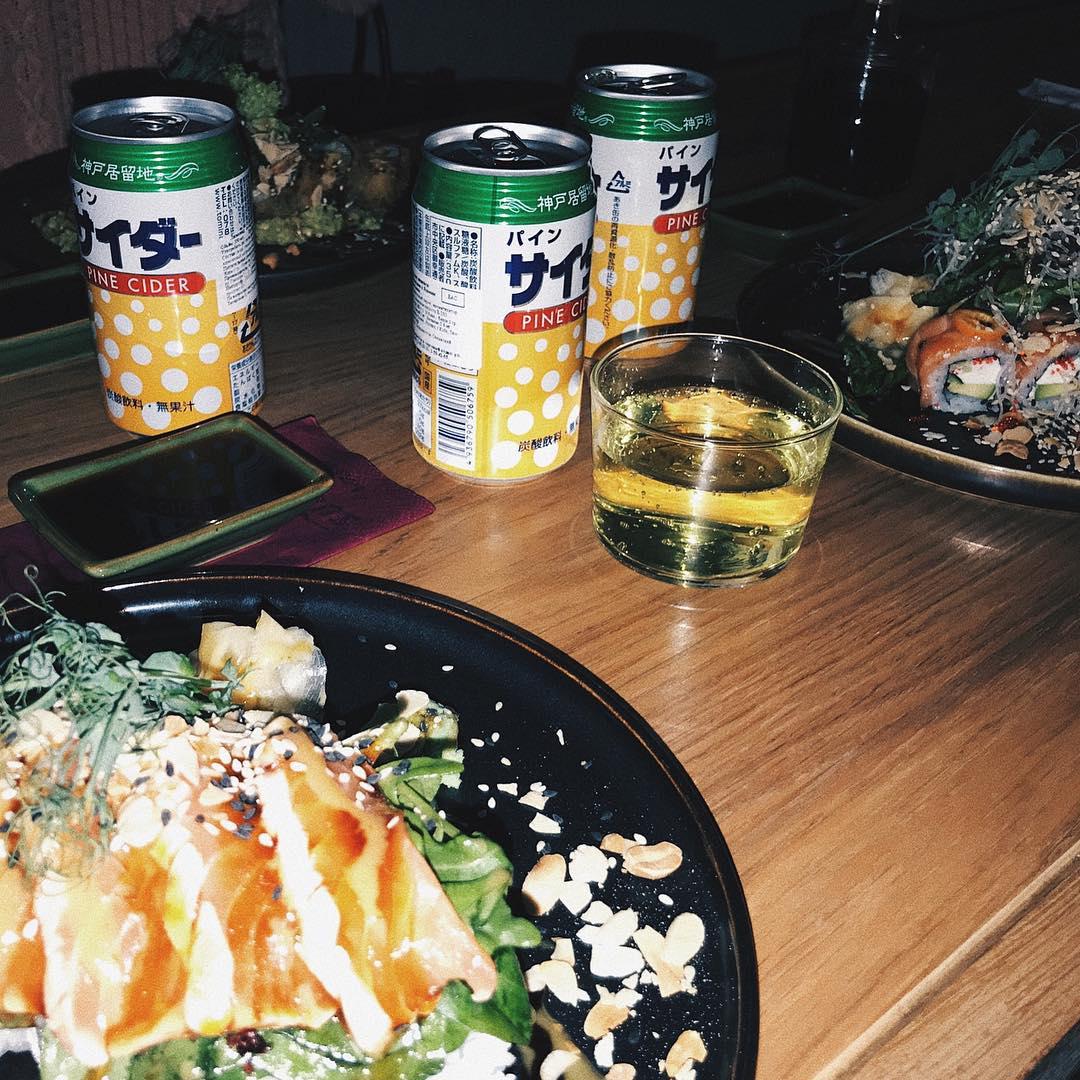 "I live not too far from the Pulkovo airport and Pulkovsky park is one of the closest parks to my apartment. I often work at home and I like to come here during breaks, taking with me a cup of coffee and some pastries from a nearby bakery. Perfect place to feed the ducks and hide from the sun under the trees’ shadows on a hot August afternoon. On weekdays there are few people and the atmosphere is very calm and chill." 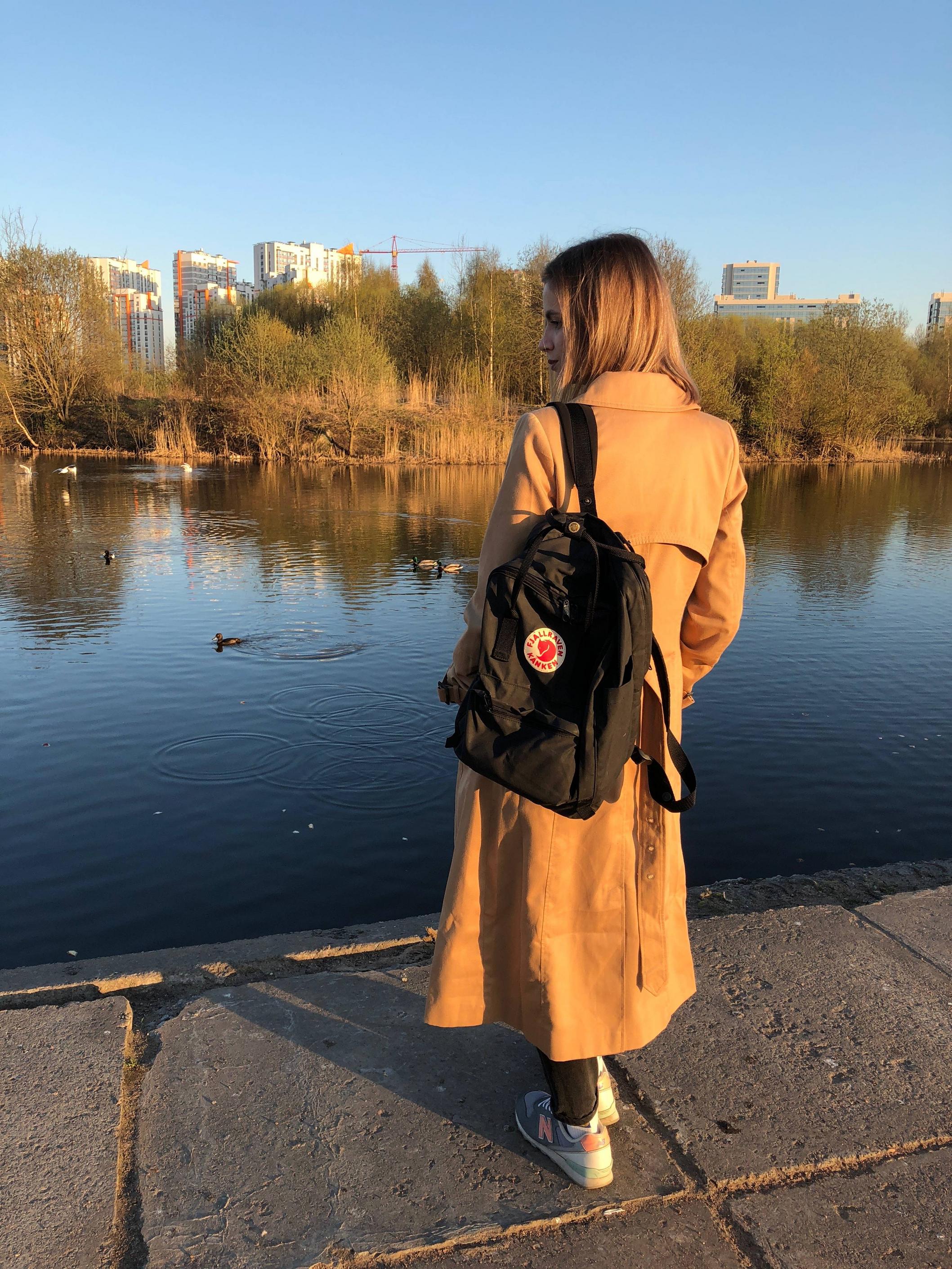 "Unfortunately BAZA — one of the oldest vinyl stores in St. Petersburg was closed in 2018. Sasha Hoopa, one of the participants of the Roots United promo group, who once worked in Baza, and Anatoly Balagurov opened their own recordshop. If you want to pick some cool stuff from local dance scene check the Russian crate!" 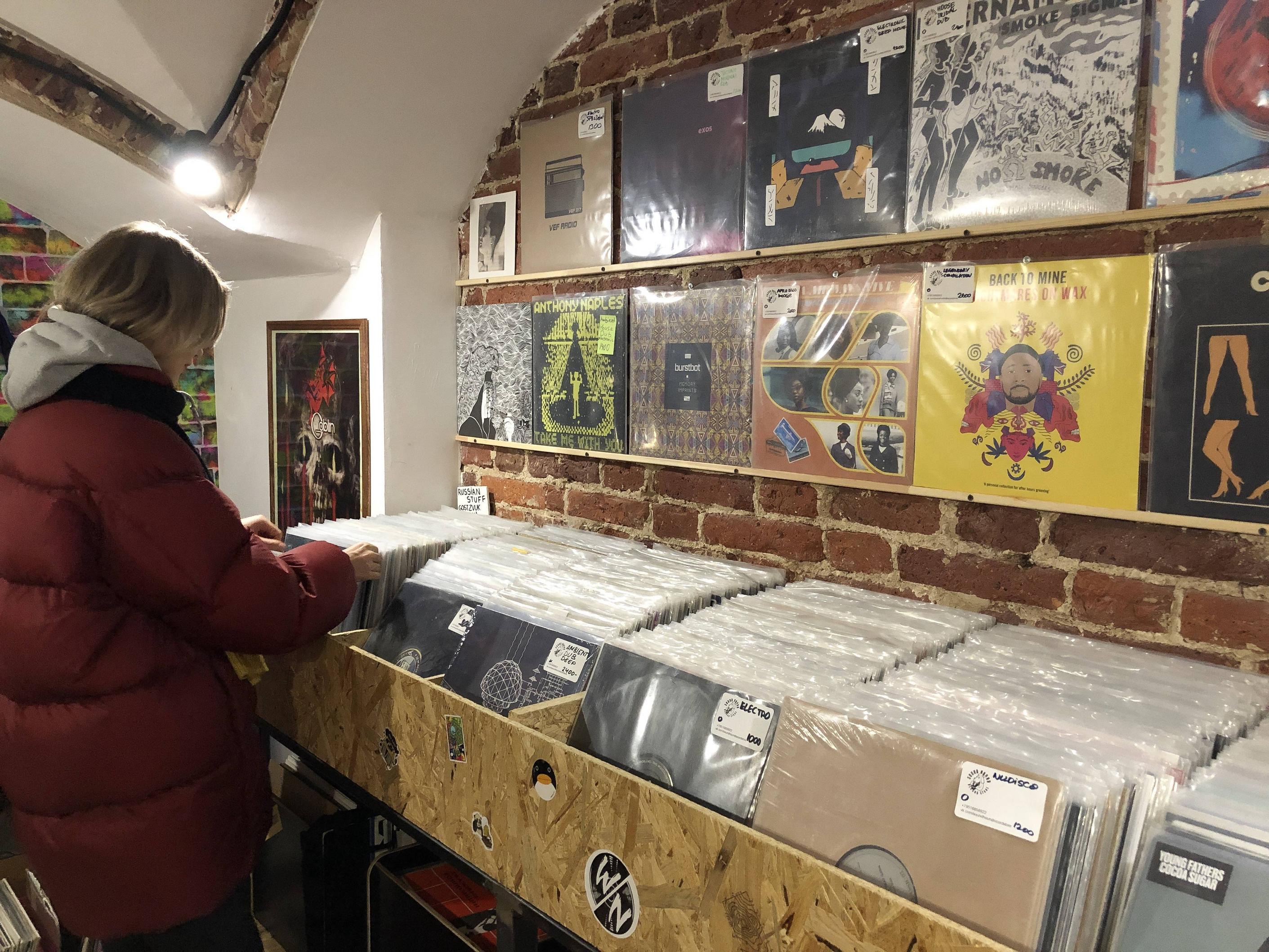 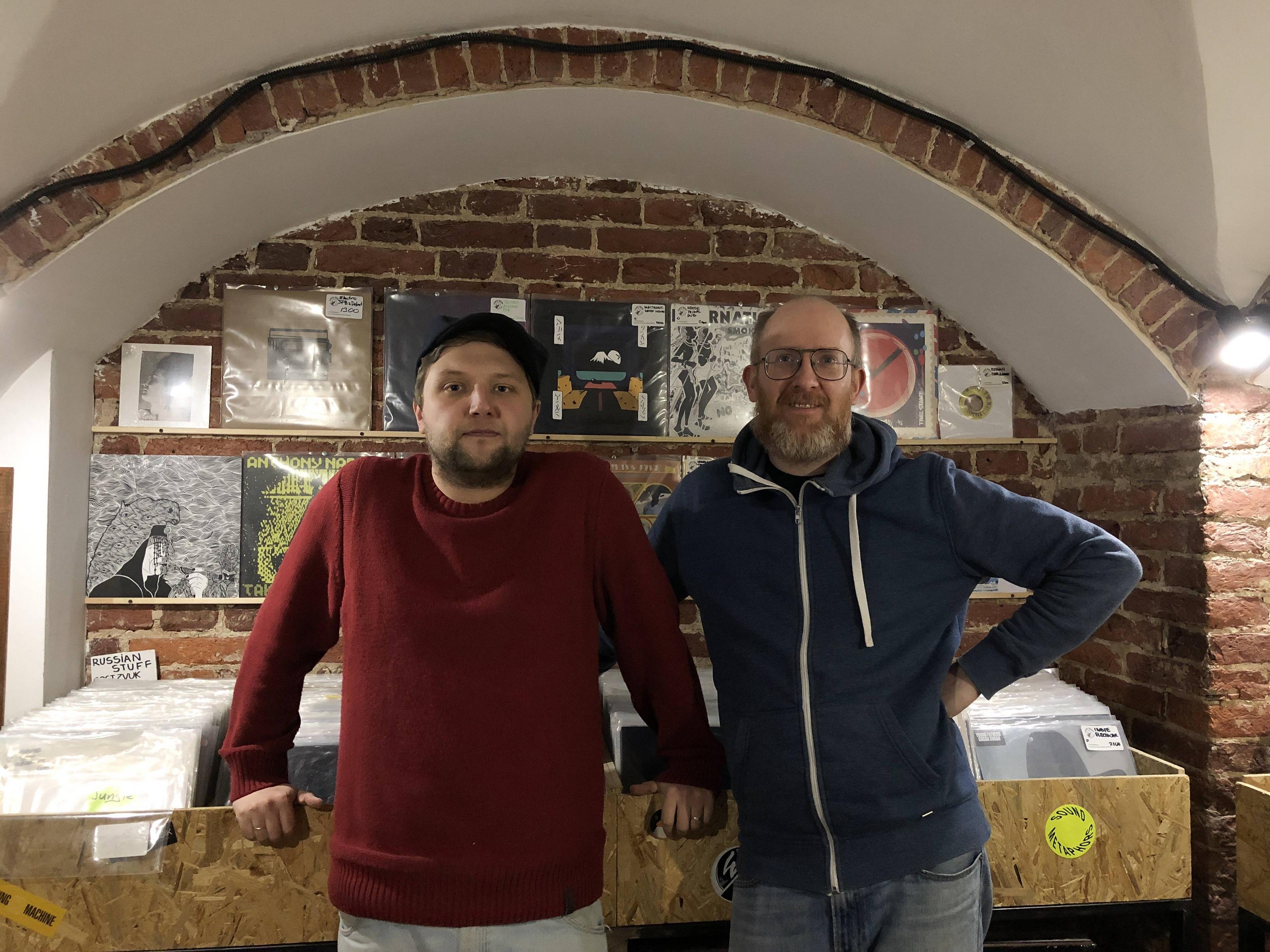