'Nothing' Police Can Do About 'Creepy' Cliff Richard Cut Out

'Nothing' Police Can Do About 'Creepy' Cliff Richard Cut Out

This just in from Brighton's regional news source The Argus - we're just going to go for a direct quote, because The Argus have nailed the crucial details with a succinctness that's a joy:

"A man phoned police after his neighbour posted a giant photo of a grinning Sir Cliff Richard in the window overlooking his dining room.

"James Maltby said the image of the beaming pop star was “creepy” but police told him they could not do anything about the picture – because it was not a zombie."

Apparently Mr Maltby has been caught in a suburban dispute with the neighbour in question, having reported him to the council for some sort of perceived breach of planning permission. Maltby is now convinced that the neighbour is striking back, via that well known revenge technique : THE CARDBOARD CLIFF STARE. This is the torment Maltby has to deal with on a daily: 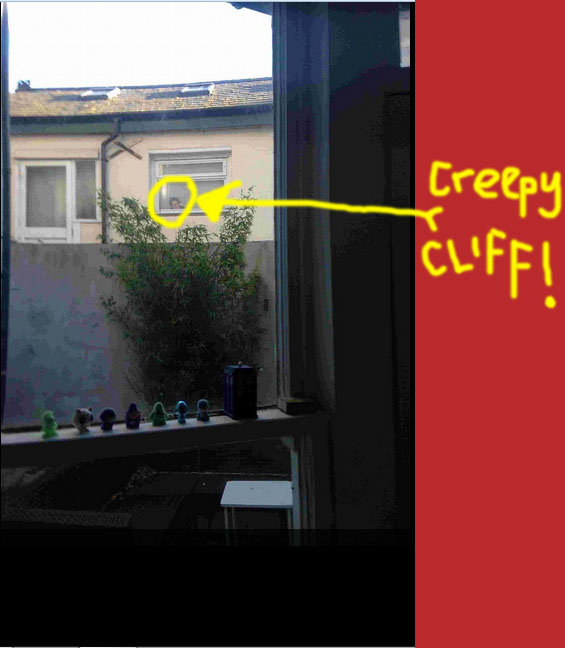 “I woke up and he has stuck a picture in his window of a face of Cliff Richard looking down at us." Maltby told The Argus.

“I called the police and they said there was nothing they can do about it.

“It is a creepy image. I think he is trying to send us a message saying he knows it is us.”

The neighbour - improbably named James Dean - has denied that he is using the chilling visage of the Richards as an obscure (yet surprisingly effective) form of assault, telling journalists that he was  “surprised to find myself amidst a most bizarre misunderstanding” and the image was posted by a “comrade” as a “comical greeting”.

Competition time! Have you ever scared a neighbour with a cardboard cut out of Sir Cliff Richard? Or, indeed, a cardboard cut-out of any other aging, yet still remarkably virile crooner? You have? Great! Provide us with photographic evidence and you will WIN A PRIZE.*

*prize may require you coming to Wetherspoons with us.