"Imagine what we once had”: Commodifying nostalgia for nostalgia

Bicep, Burial and the shadows of the Left.

"Imagine what we once had”: Commodifying nostalgia for nostalgia

Bicep, Burial and the shadows of the Left.

The melancholic plucks echoing across 'Glue'’s soft but shrapnel crisp breakbeat have floated deeply across the UK, planting nostalgic seeds across an entire generation. Bicep’s track gently works its way into a glimmering flicker of reflective intoxication - hearing it back, always seems to transport one directly to the people and state in which you first tasted it.

It’s a testament to the artist that this wistful remembrance is by no means unintentional. The accompanied music video pointedly reflects upon the concept of nostalgia within the fabric of British society - a poignant and stark examination of bright, carnivorous rave worlds transformed into derelict warehouses, void of being. Although this invocation of the “imagine what we once had” feeling within dance music is a well rehearsed line of thought, their vivid reminiscence of “lost futures” for a new generation makes the track an impressive creative feat.

However, there is quiet anxiety lying behind the facade of gentle nostalgia that Bicep present. As we slowly move further away from any lived experience of the time the track aims to embody, it starts to become mediated to us purely through a symbol of loss. It’s not really there. It doesn't actually exist anymore - a past is simply being resampled for new ears. We’re left stuck in this endless cycle subconsciously mourning, constantly failing to reorient and recreate new movements through new sound. 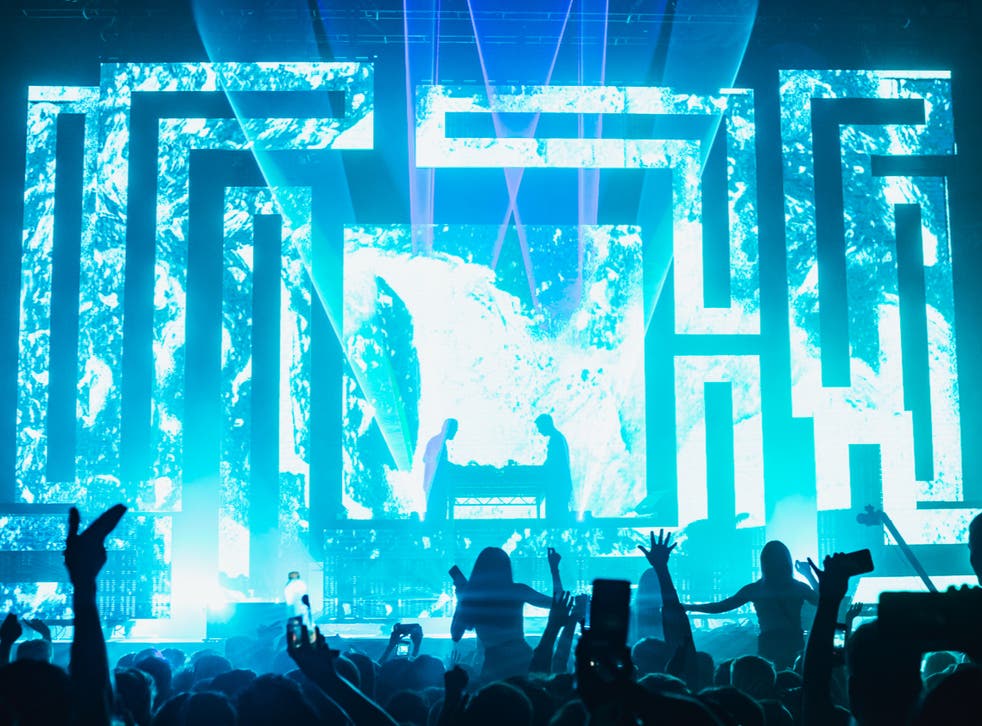 Yet, it’s not just a sound or a breakbeat we can’t seem to escape. The track evokes this existential yearning for the 90s, for a type of people, for a vision for Britain that would most likely have been ours to continue. Instead, we’re left with the ghosts of our cultural predecessors looming over us as we dance away in the shadows of a decade that failed to sustain itself, pining for a utopia that could never materialize.

Alongside this trapped being, lost in rave culture, visions for a socialist Britain have similarly become more of a cultural artifact than actually a real part of our present. Corbyn’s 2019 catastrophic defeat shouldn't be viewed as Labour socialists suddenly becoming Tories because of their hatred of immigrants and their Brexit-fuelled desires. Rather, the institutions and the people that drove the vision of Britain that the New Left helped define, simply do not exist anymore. The malaise felt on that night was primarily an imaginary image of Britain crumbling and an uncomfortable crystallization of the state of our reality. Corbyn was appealing to ghosts.

Nonetheless, Bicep’s sound is a stunning homage, structured around archetypal amen breaks and synth-fuelled soundscapes. A culmination of the emotions of UK dance music's past homes, packaged neatly for a new audience - a starter pack for a scene and the impetus for many to dive deeper. Yet, in their creative success, the pair have created a commodified nostalgia - not for any real past memory that we’ve experienced but purely for the feeling of nostalgia itself that is rooted deeply in the psyche of UK dance music culture. In doing so, Bicep have become the closest thing to a global mainstream household name underground music has ever seen. 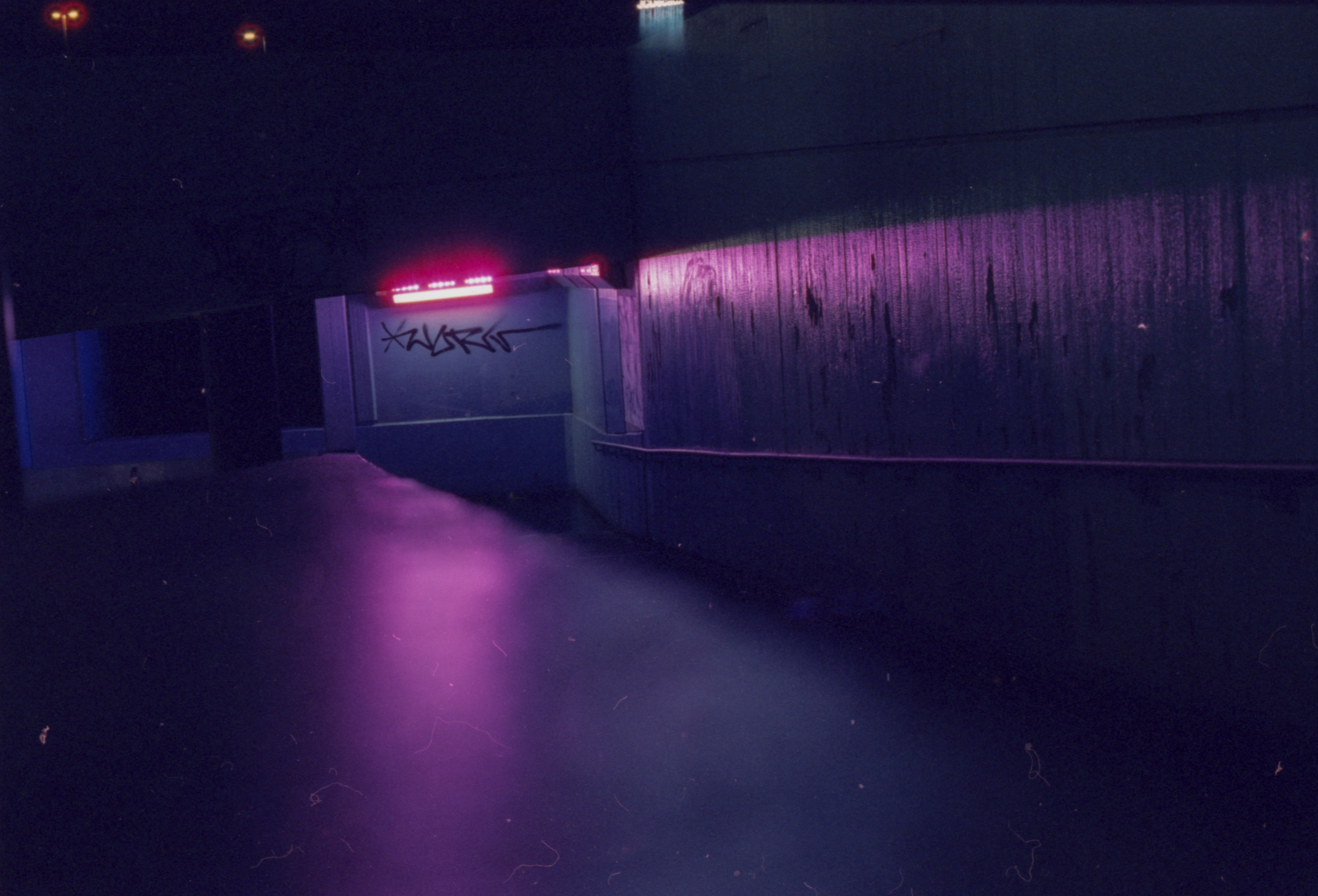 Unwittingly we find ourselves with front row seats, witnessing the failures of the 90s’ aesthetic radicalism to provide any form of sustained social change and instead morph into a new breeding ground for investment from weird energy drink companies. We’re left with an inert aesthetic motif, fit to be curated in a museum or monetized in a Netflix series.

A similar story can be found at the heart of the Labour party's current predicament. Keir Starmer’s not so recent election video heavily indulged in the valiance of Labour’s past heroics - the miners, the trade unions, Scargill, a teeth-gritted, steadfast and determined resistance to Thatcherism, yet counter-intuitively, upon being elected Labour leader provided no semblance of an attempt to recreate this past spirit for a post - Covid Britain. To be fair to Keir, he may have known what he was doing - communicating with our past by resampling cultural symbols in directionless ways can easily evoke a sense of nostalgia for the being they represent.

However, in a post - Corbyn Britain, where we have started to see the unreality of this vision, Starmer’s attempt to mediate Labour’s leftist past to the public as a symbol of loss, something we should reminisce over, leaves us in a trance-like delusionary state. A state where we only exist in this stagnating present, where a future vision is cast away as unimaginable and fanciful. A state where a Labour opposition leader seems unwilling and unable to posit a Leftist future to oppose years of deepening social and economic division. Not even one convincing enough to entice those who have felt it most, constituencies like Hartlepool, former Labour strongholds who, dismayed and uninspired, have slithered off into the menacing machinery of an ever growing, Boris-shaped, Tory England. 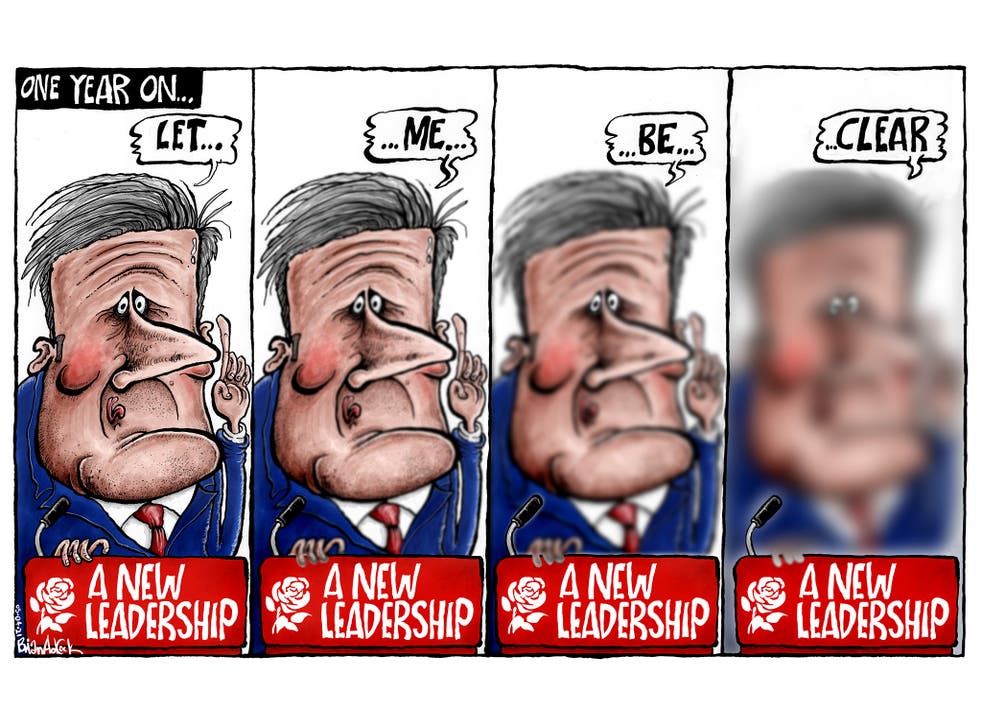 When empty, unreal symbols are plastered over the windows, denying reality to seep in and blind us, imagining futures beyond our dire present becomes impossible. However, what is more dangerous is the lack of acknowledgement of how dire the present situation really is. Bicep’s homage to the ecstasy and hope of the 90s, similarly to Labour’s visionless politics, inebriates us from the void that a stagnation of social change has left us in. A temporary antidote of escapism from our reality, with a 30 pound ticket + booking fee, giving us the most profound exploration of the “what could have been” feeling 21st century British culture has to offer.

Having said all this, the experiences Bicep create do still deeply resonate - they place us within the story, firmly in the acclaimed lineage of UK underground folklore. Yet the reality these artists inhabit is worlds apart from the motif they represent. Compared to a music scene where only a small sample of faces, venues and even records made their way to national consciousness, Bicep now represents a new hypervisible type of artist, one whose sound is intrinsically linked to a firm virtual presence and brand aesthetic. Whilst often facing away from the crowd in their live sets, the duo's logo is splashed all over the venue through lasers and lights. Even the most inebriated clubbers could make absolutely no mistake; they are most definitely at a Bicep night.

It’s admittedly slightly cynical to argue that the duo’s entrenched visible identity lurks on the borders of a digital marketing campaign. However, the recent creation of their own augmented reality for Instagram to promote their recent release makes it difficult not to appreciate the similarities between brands transforming our virtual worlds into hunting grounds for attention - a far cry from the anonymous face hidden behind the collective ecstasy of underground music. This stark estrangement from UK dance music’s cultural roots can sometimes feel like a ship stranded at sea. One can feel we’re a bit off route but the past seems so distant now that maybe it's not even worth trying to imagine how to get it back. Dancing fear away in unquenchable nostalgia is anyways, a lot easier. 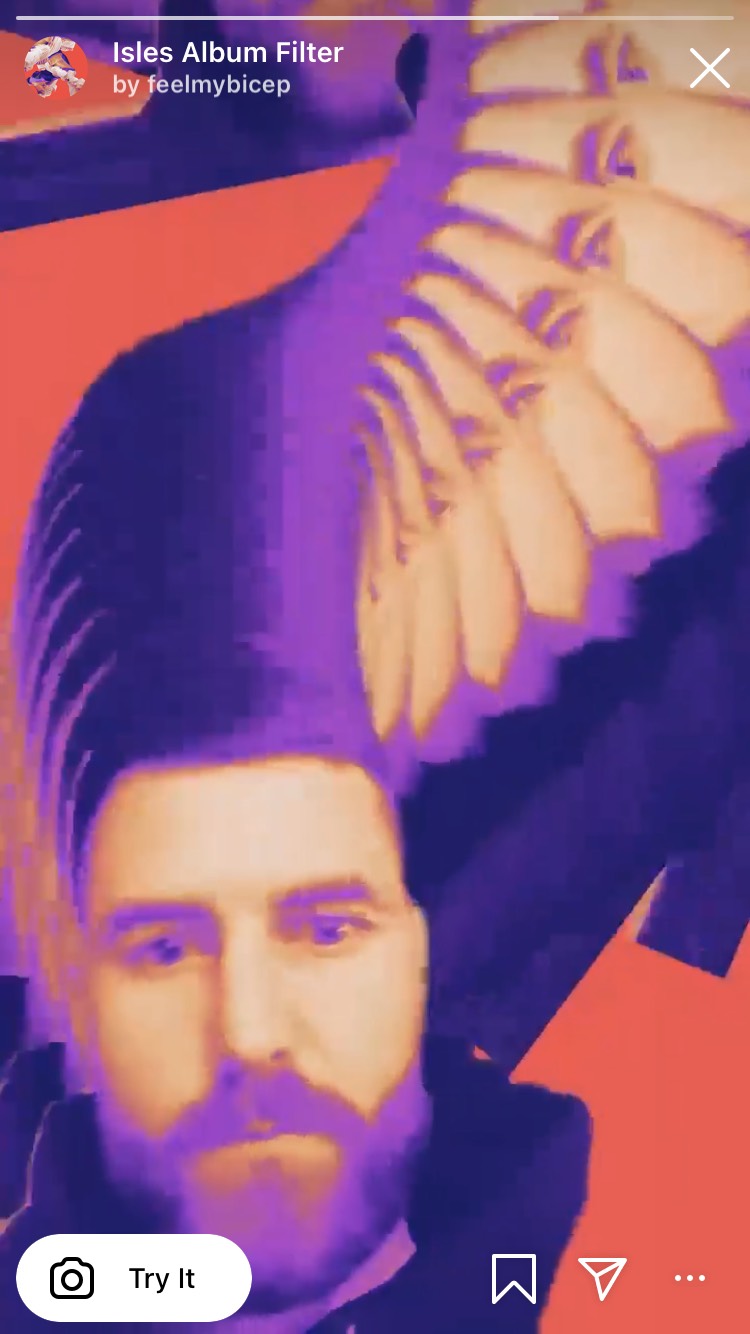 One towering contradiction to this picture of contemporary dance music is Burial. His 2007 release Untrue was a subdued yet seismic event and cannot go amiss in any conversation about a melancholic nostalgia in the UK cultural landscape. Whilst Burial and Bicep’s work are tied together as works of genius due to their articulate depictions of such abstract emotion, they lie on opposite ends of the spectrum of UK dance music. Compared to Bicep’s hyper-visibility, Burial rejects any form of media presence, still relatively unknown to the public a decade later. He epitomizes a sort of pride in anonymity - “I just want to be in a symbol, a tune, the name of a time…. It’s one of the old underground ways”.

Burial’s sonic divergence from Bicep is key in the different stories they tell. The south London producer’s dark and emotionally porous dystopian world allows us to see that everything is fucked, everything’s gone, we’re living in a death city. Life has been whittled out of our being and we roam a submerged amusement park like decaying zombies gently losing sanity between our 9-5s, lonely bus rides home and online zoom therapy sessions. His female vocals pitched down and male vocals pitched up create gender neutral angels, fallen victims of past fantasies, silently caressing our heart in the raw, barren reality Burial unveils within us. Rather than claiming blissful ignorance in an indulgent nostalgia for nostalgia, Burial’s anti-hero status is earned through a cathartic nostalgia that craves our dark present. 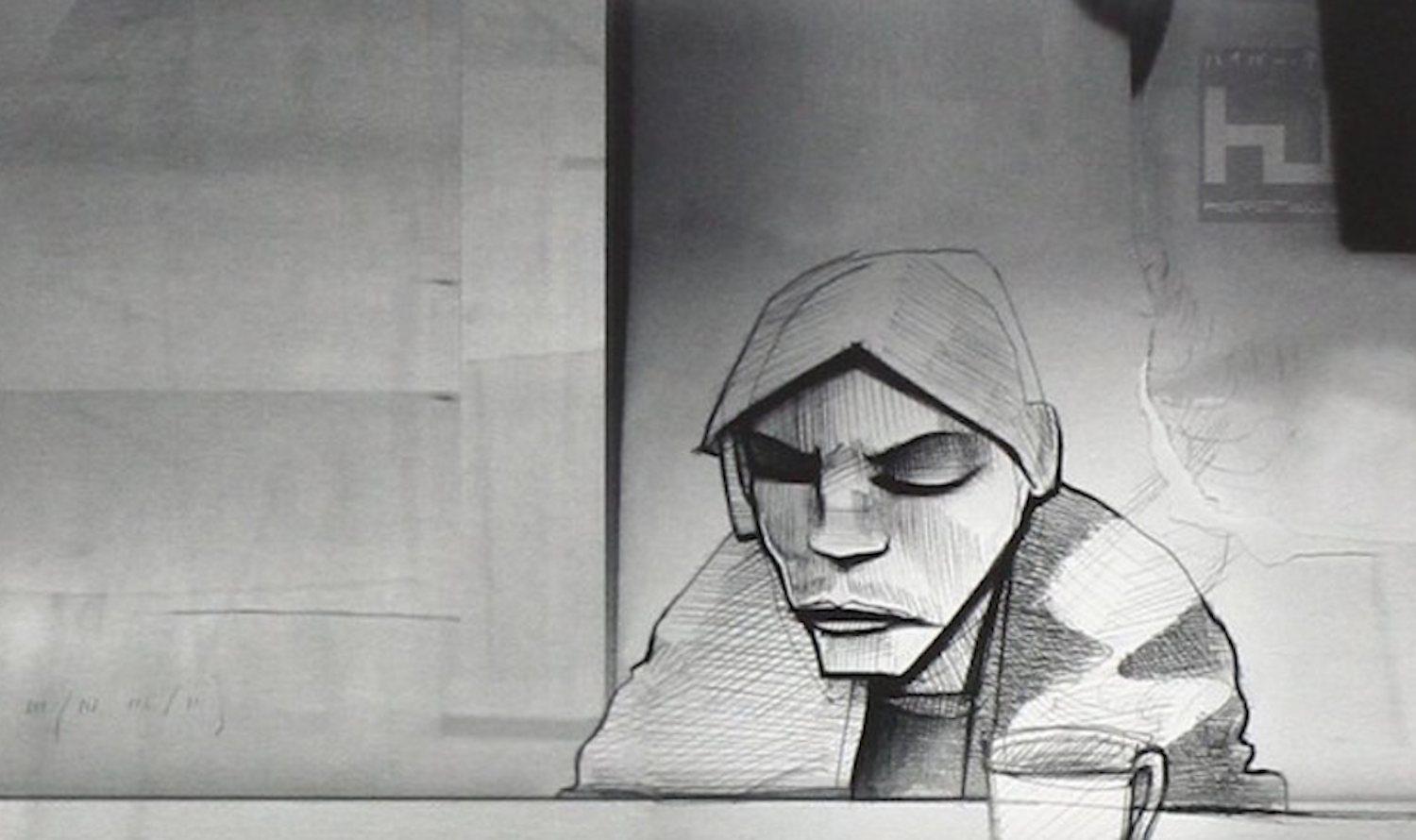 Yet the artist cements his timelessness by luring us into this world, constructed through a culturally embodied melancholia and slowly lighting the fire of 90s euphoria until it explodes in a charged and electric deliriousness on the final track “Raver”. An alchemist performing within the rules of their own parallel dimension, Burial creates ecstatic hope from malaise, something not possible in the reality he is only too willing to represent. The album embraces the listener in a deep meditative cocoon that slowly sheds its skin, revealing a luminosity that beams through caged walls, a shining pearl that reflects within us an unbridled optimism for the future that we had forgotten we once had. In doing so, for a whole generation Burial creates a new emotion, a new way of feeling, a new way of relating to dance music. Ultimately, an energy that can inspire us to not ignore our present but to mould something beautiful out of it, however sad it may be.

His relationship to dubstep is particularly interesting - an artist so closely associated with the movement, his sound completely transcends the traditional boundaries of the genre but still somehow clarifies and crystalizes a spirit of the music. If dubstep is darkened husk slowly heaving in response to the electric vibrancy of jungle, Burial resurrects a blindingly effervescent take on it. One that inspires us to consider what can be rather than that which is. It's at this point that Untrue moves beyond conversations about 90s rave culture but is relevant universally to our mental sanity. His seminal sonic energy implores us to not shy away from darkness. Whilst it evidently exists, surrounding us no doubt, the record can bring an unexpected peace that I’m sure, can help us all imagine ways out.