'Who knows how the future will look but, at least for the moment, I don’t want to nourish my anxieties with questions like “when will I DJ again?”'

'Who knows how the future will look but, at least for the moment, I don’t want to nourish my anxieties with questions like “when will I DJ again?”'

For the majority of last September I was getting up very early to go to work in a prison near Paris – the Centre Penitentiaire de Meaux. I was participating in a theatre and music project alongside inmates (who were already spending eight to 15 years of their lives in prison), the Paris Chamber Music Orchestra, three professional actors, the pianist Shani Diluka and the theatre / opera director Olivier Fredj.

To give you some background, in 2019, to prepare for the project, writing workshops were held that included terminally ill patients of the Pitié Salpetriere Hospital, a homeless shelter, a retirement home and the prison I was visiting.

The idea was to connect different entities, institutions and people whose paths would rarely cross. Some of the writing that came out of the workshop focused on the “before” and “after”; on confinement, the perception of time, death etc. of the pandemic this brought me to a very emotional introspection and reflection — all these words suddenly gained a different meaning, another kind of urgency.

But most of all, it was the experience of working with the detainees, this utopian moment of a small society working towards a specific goal, and everything we were learning during the process, that was truly unforgettable. 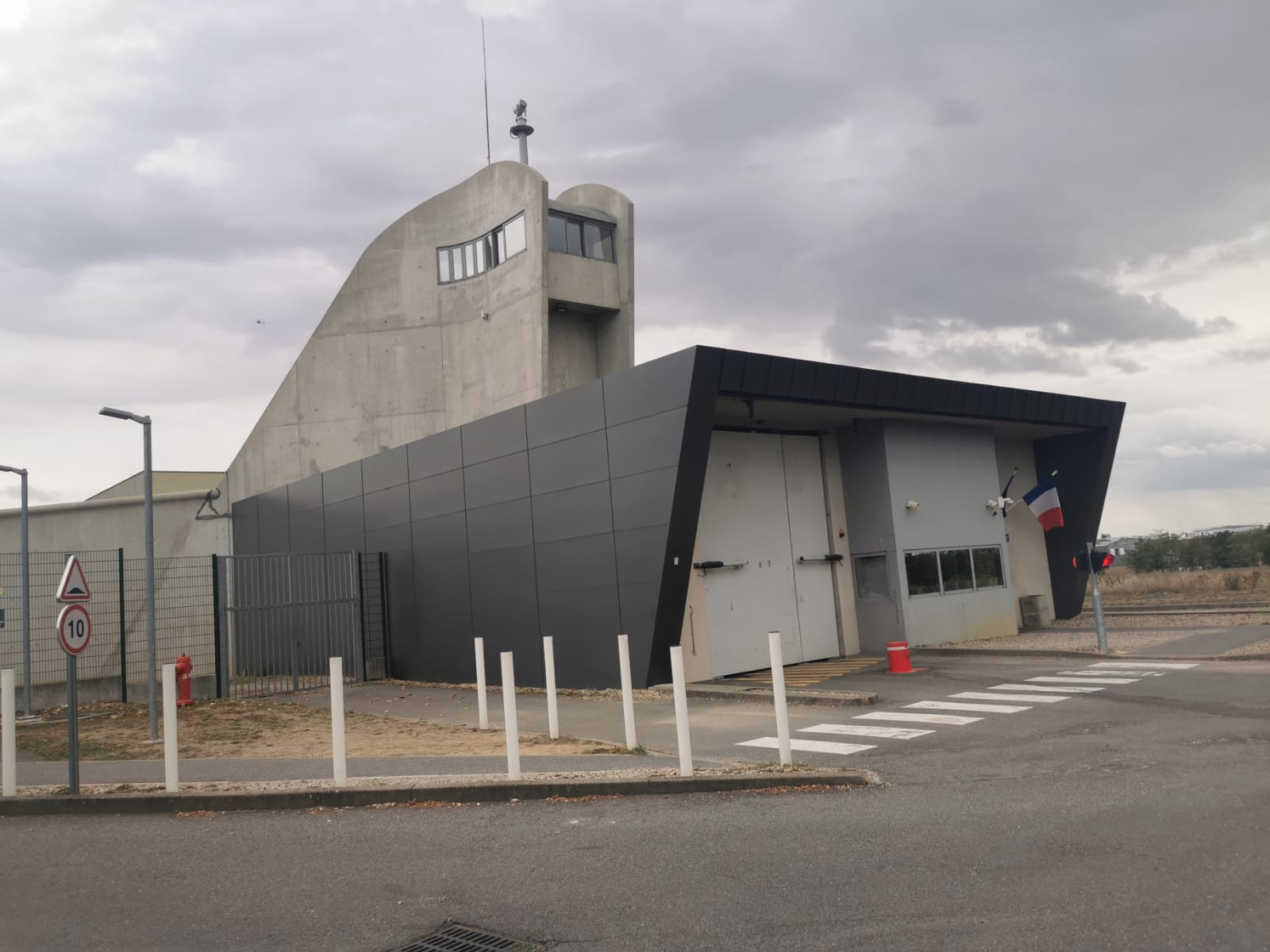 The new situation in which I, like all of you, found myself in, forced me to relate myself differently to my work. On the one hand, there’s the obvious - no nightlife - but on the other hand there’s also the end of a routine, of developing releases, focusing on deadlines, promo and touring.

I could observe in many other artists how the initial motivations of playing and also making music had shifted towards the pressure of a steady production output out of fears: the fear of losing relevance, the fear of not getting gigs if you weren’t constantly caring about your “visibility”, the fear of the audience not liking your productions, the fear of your music not being digestible enough for the tastes of this mainstreamed underground – all this for me seemed to lead towards a new normativity in dance music in which the artist was becoming a content creator.

Who knows how the future will look but, at least for the moment, I don’t want to nourish my anxieties with questions like “when will I DJ again?” I'm also not bothered by the idea of thinking about my public image, about “visibility” or “creating content”. I’ve been sensing a profound attraction towards my inner world, the nature that surrounds me, the few direct encounters with people that I can have, and the new ways of maintaining meaningful long distance communication with my peers in music.

It happened that my birthday was during the time I was working in the prison. The participants had prepared a little surprise for me and we had a small celebration in the rehearsal space. There, I had a little but relatively powerful sound system that connected  to my equipment.

As it was quite a festive mood and we were starting to cut a cake they had baked for me, I thought this is the perfect moment to play a track that would make everybody dance. As most of the inmates were of Algerian descent I decided to play this wonderful Rai classic. I didn’t understand the lyrics and wasn’t sure about the context so, as not to offend, I asked one of the inmates if it was cool to play the track, to which he gave me a smile and a thumbs up.

In no time we had a little party going on, and everyone was dancing, even singing along (most knew the lyrics). The atmosphere was joyful and emotive. One prisoner came up to me and told me that the last time he had danced like this with friends to music with such volume and subs had been 8 years ago.

At one point the situation got a bit out of control as the music was resounding around the whole prison - we even started to hear cheerings from the cells. So the responsible person working in the cultural program of the prison – a resolute and strict woman from Naples with an enormous heart - said to me: “very cool, Matias, but I think you should stop now…” So I found a nice ending to my one track set, putting some delay on the master…

What was so moving for me personally in addition to this whole event, was the fact that it was the first time since February that I had been in this situation of playing music and having people dancing. On top of the whole experience of working on this project, this specific moment touched me profoundly and made me think of the work a DJ does as I understand it or, as it again and again takes shape in my mind.

This idea of bringing a track, a song, to its moment, to a situation. To look for the moment a track will have the most impact, and above all – to play for others, not for yourself. And not to reduce the idea of the DJ to someone who’s playing in a club for an audience that already knows what to expect.

It made me think of, for instance, creating a manifesto of the “situationist DJ” who abandons nightlife to bring music and its impact into other spaces.

In many conversations I’ve been having with fellows in our music work we’ve been talking about “education”. 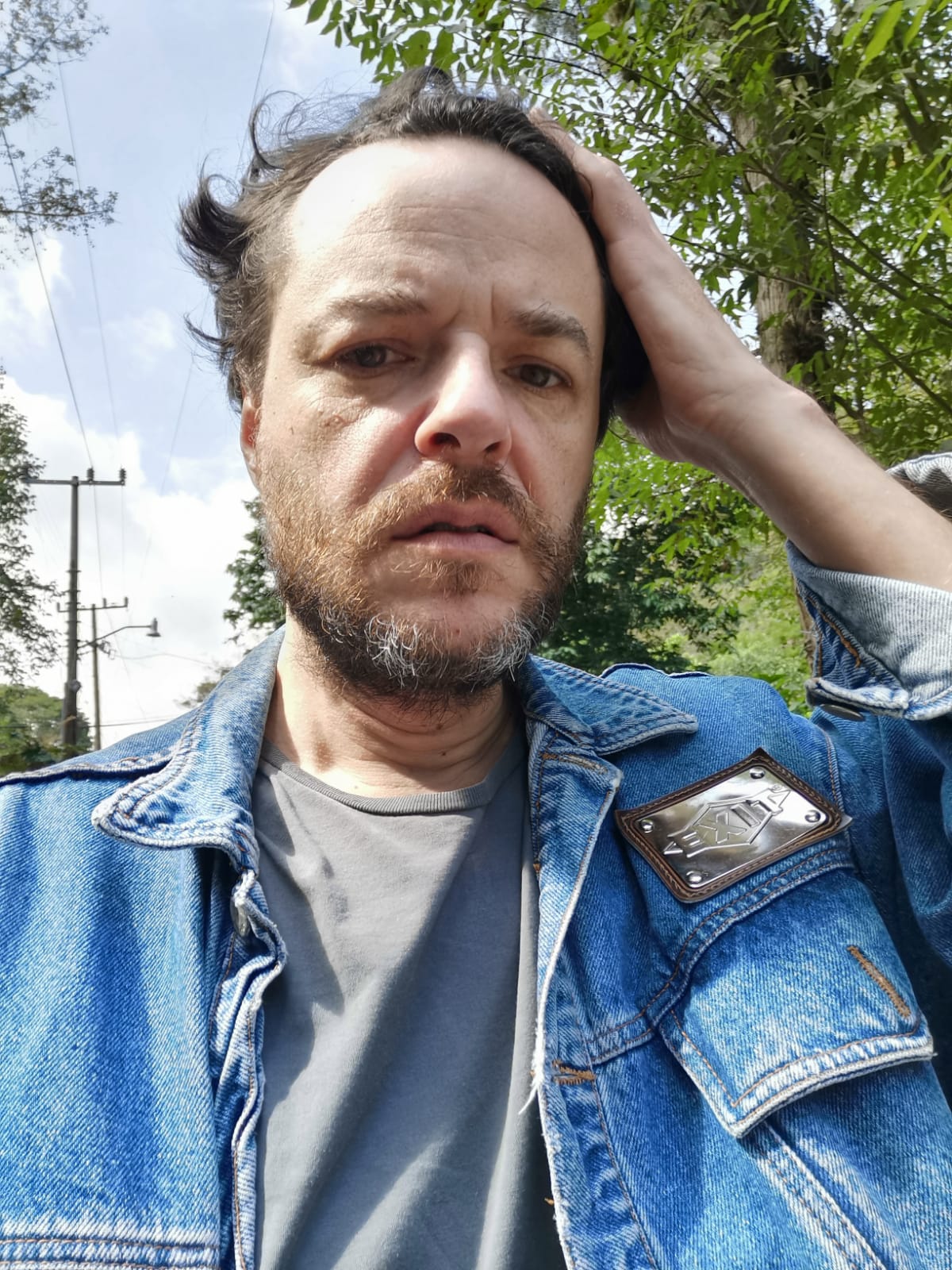 1) Playing tracks against cops in January, hidden in a balcony in Santiago, irritating the police forces who couldn’t tell the source of where that music was coming from.

2) Trying to enter into a dialogue with nature via making music in a forest. As chance or intuition confronted me with our current situation, I’d already taken the decision to spend some time far away from the cities.

3) That small party in jail.

I wanted to share this experience with you, an experience that I am still digesting, and think that I still must reflect on more.

In my weekly conversations with people around the globe I've been sensing the fatigue, the anxiety, the sadness and desperation. But also the steep learning curve we’ve all been going through which has empowered us with new tools that we will be able to apply in our lives, and in our ways of making and playing music.

Also another common thing in the threads has been a growing sense for the magic in life and the telepathic or empathic communication that doesn't always need a phone. And last but not least, the necessity of empathy and compassion towards our community.

I personally think that 2020 should remind us of our basic need for solidarity and collectivity outside of personal gains.

In that sense 2021 should be the year in which we as an artistic community get on our feet again and release a flow of marvellous creativity and togetherness, despite all the odds. Difficult times are coming and we should help each other. Having conversations with many of you I've been sensing the will to do this, and of everyone becoming an integral part of this new process.

Beginning this new year, I felt the urge to somehow share this with you. Maybe it inspires you in a similar way.