Now then, here is a bit of a treat. As part of Record Store Day 2020, whenever that may now be, Atjazz Record company will reissue a number of expertly remastered versions of tracks from the inafamous Rah Band. The group is regarded as one of the most special studio projects to emerge in the 70s and 80s and was the brainchild of Richard A Hewson.

The Rah Band's back catalogue is incredible, featuring some distint and truly original takes on funk, soul, disco and the balearic fringes which influenced music at the time of recording. The production value was always excellent and each track was a showcase of stunning originality and ingenuity.

It's incredible that so many of these tracks will now be available in their best audio definition as part of what is quite frankly a special, special release.

We are honoured to have Richard A Hewson to take us through the record in more detail, track by track... Listen HERE. 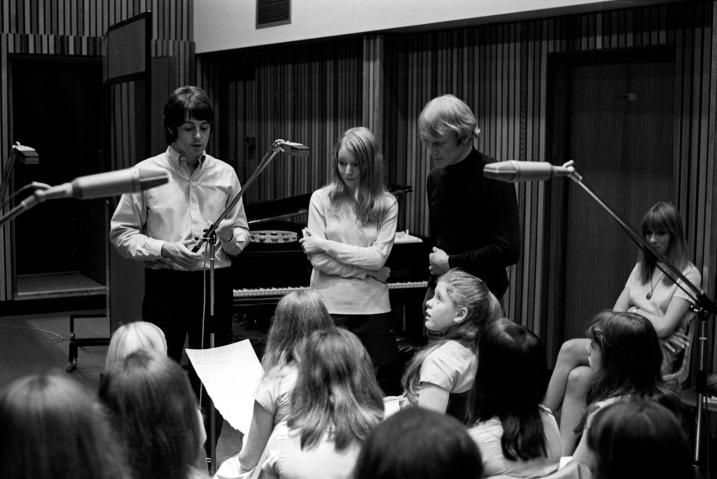 I had just discovered “ white noise sequencing” on my Roland SH5 driven by the very primitive sequencer – each note had a separate knob to twiddle, a complete nightmare. but it was new kit so used it to get that “steam train” effect.

Again using that primitive Roland sequencer, I discovered you could sequence 2 notes at the same time - wow! so as with all new tricks I used it to death!

I had a mad Scottish friend who was crazy about the Highland Fling (can’t imagine why!) He said to me one day “Betcha couldni write a toon like that” – So I did!

There’s that pesky sequencer again. This was when I was going through a phase of horse riding and had a mad idea of getting a Falcon to sit on my arm like Lawrence of Arabia as I galloped over the fields hunting rabbits – never did though.

Riding on a Fantasy

Still on the horse riding at this point ( I fell off shortly after this!) The vocal is by a very young Sylvia Mason – possibly one of her first ever recording sessions.

This was my attempt at sounding like a cool Black American funky dude, trouble was when I first recorded “float- just let yourself float” my voice sounded all light and thin and English, so got out my trusty pitch shifter and lowered it a couple of tones and voila – funky dude!

Messages from the Stars

Oh no there it is again, though this time using the SH5 sample & hold plus ring modulator knobs ( went a bit OTT on the voice- over on this one!)

Out on the Edge

And again, afraid so, but I was getting a bit more tasteful with it. The sax is by the great Pete King (not Ronnie Scott’s partner – the other one) Pete normally plays the Alto sax, he is widely regarded as one of the finest in the world, but here is on Tenor sounding incredible.

Ah, a new discovery on the SH5 - flanged white noise for that wind effect. This was the first ever vocal on a Rah Band track. I didn’t have a singer in mind for it at first so I said to my then wife, who was a good pianist, sight reader and cleaner “ Hey put that duster down and sing these notes for me from this lead sheet” What came out was a non diva type natural voice that just worked perfectly for the song.

Shadow of your Love

Whoah -- stereo vocal sample -a first for me, courtesy of a Bel Delay.. more new kit – gotta be used, and the ex strutting her stuff (I think this new found singing thing went to her head a bit here)

Me doing a Hammer Horror type hissy “Slide” vocal here & there. We all went a bit crazeee in the middle. When Greg Edwards played it out on his Capital Radio Soul Spectrum Show he said “Hey what the hell were you guys smokin’ when you made this? I want some!!