Earlier this month an album emerged on AD93 - a label which remains determined not to be pigeonholed and refuses to exist within the confines of genre.

Moin is a group made up of Joe Andrews and Tom Halstead (Raime / Blackest Ever Black) as well as long time collaborator and percussionist visionary Valentina Magaletti (Tomaga / Vanishing Twin). Their new album "Moot!" is a left turn of sorts, more reminiscent of abstract post punk, alternative rock, psychedelia and grunge than much of their own respective material has been previously.

It was described very specifically as an "experiment" by the group. The label indicate it was "to be enjoyed, not as a spectacle."

We invited the band to talk us through the record track by track as they touch upon the inspiration and identity behind each piece. 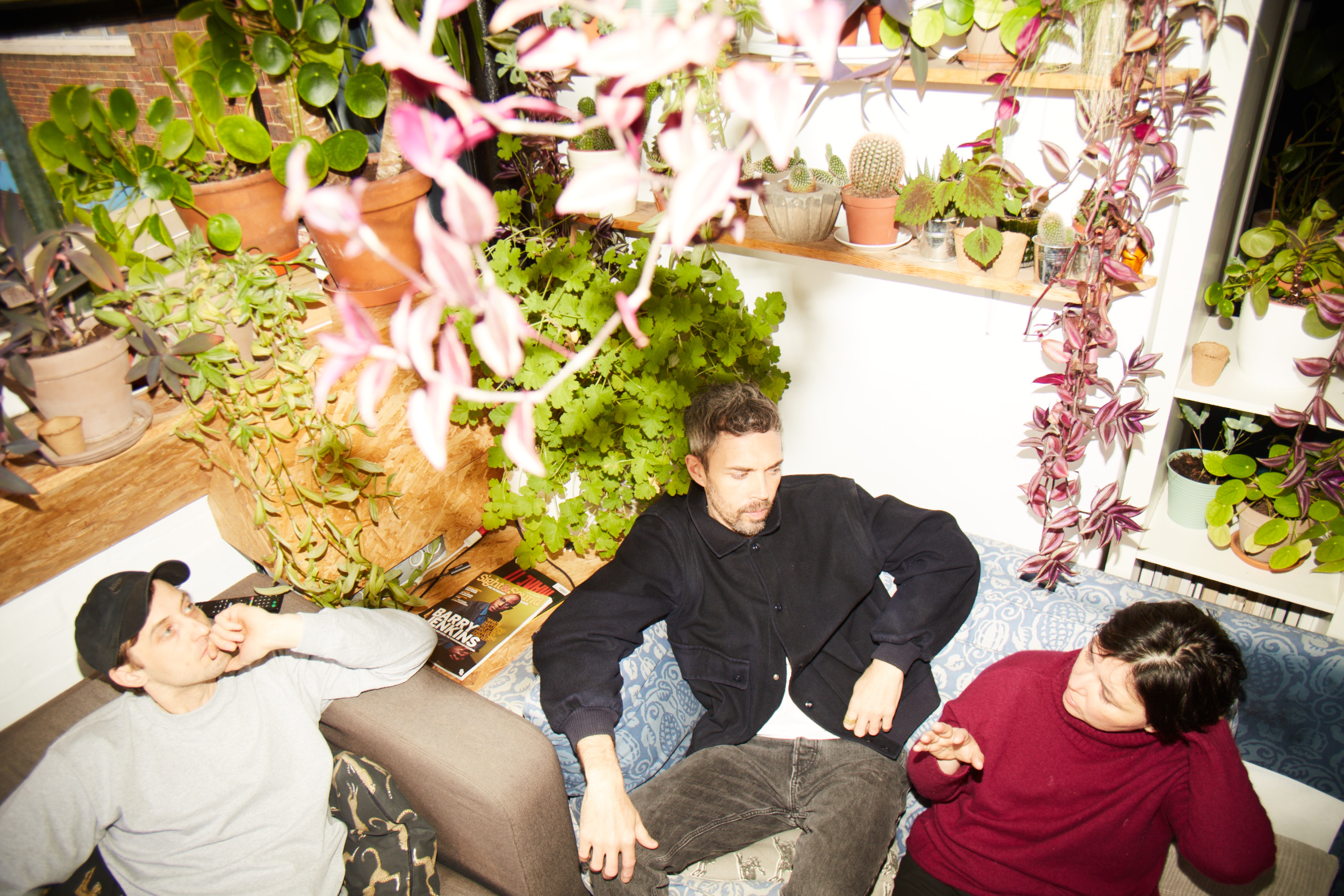 This was the first track we completed and really set the tone for the record, not sonically, but in the heavy use of samples with live instrumentation. It felt liberating to be so direct with the approach. Due to the strength of the samples we saw the track as a kind of vignette which allowed us to stop worrying about replicating a particular sound or style and just enjoy the mood that the combination delivered. It became an ode to the fine line between the spiritual and the rotten in a cartoonish kind of way!

We wanted something fast that was based around the effective simplicity of alt rock, melodic enough to keep you locked but tough enough to still feel caustic. To mess with this combo we used a drawn out composition that pivoted off an amazing vocal sample from a spoken word piece by the artist Thea Other. We wanted it to feel familiar, almost recognisable, but at the same time subvert it just enough so you're not quite sure what to anticipate. It was a bit of a Rubik's cube compositionally for a while but fell into place suddenly, always a good feeling. Like alot of the tracks, the vocal sample takes the place of the singer but only appears intermittently, letting the music feel instrumental but still with a human presence. Its reminiscent of how dance music works in some ways really, which is a big part of our musical lives so makes sense perhaps.

Probably the most 'Raime' sounding track but not by design really, guess that mood is never very far away. The beginning of this track was the guitar. We've always loved african music in many forms but the guitar in 70's and 80's highlife was something we wanted to explore. While we were messing around we came across a synth sound that just seemed to gel with the sentiment of the guitar and the development of the bassline, making a deeper almost gothic atmosphere. Slightly unexpected as we were attempting to make something with more energy but the nuanced mix of elements created a good counterpoint to some of the tougher tracks on the record. 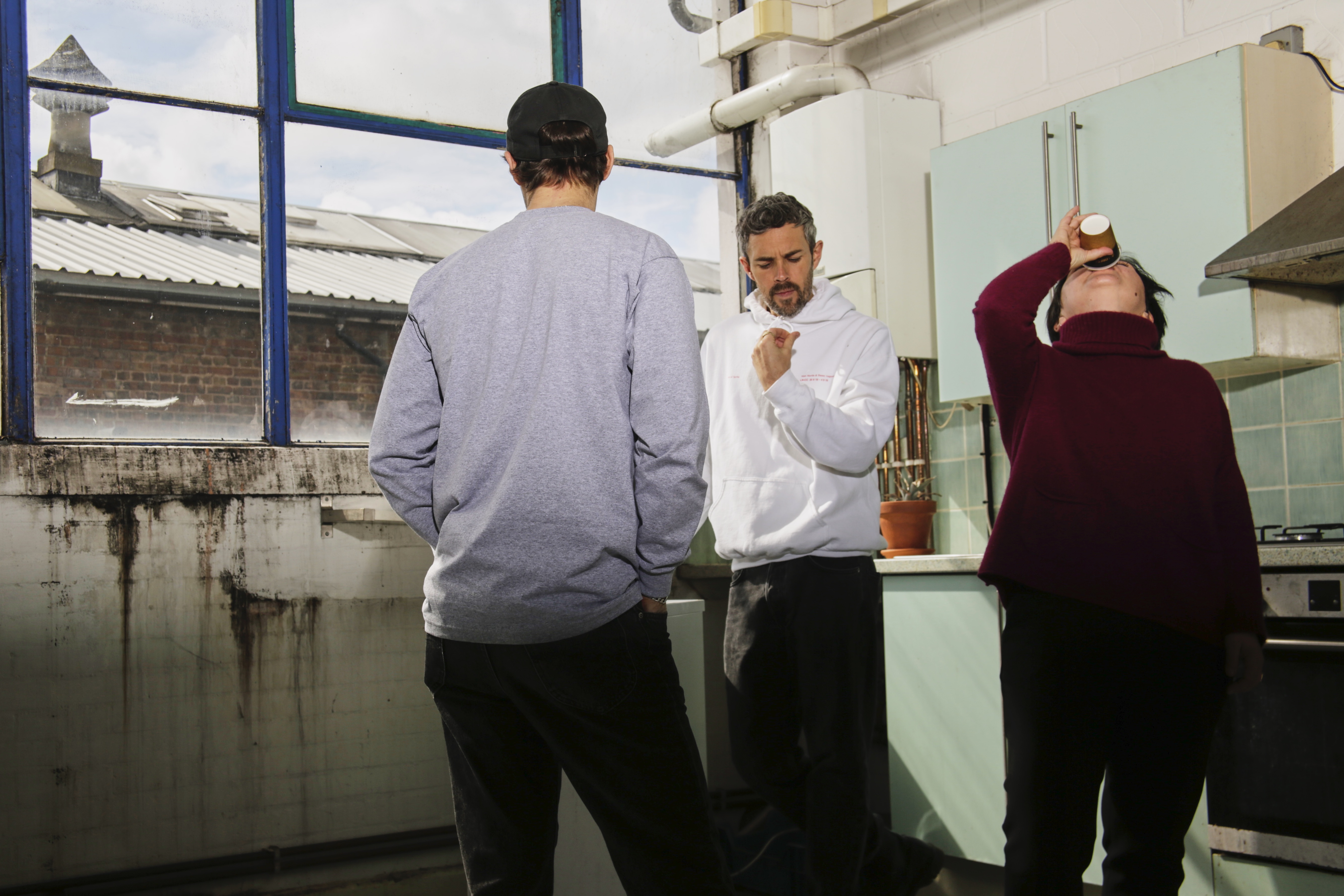 4. Right Is Alright, Wrong Is To Belong

Sharp but cosmic jam that plays out emotionally through the vocal shards. Probably more of a 'post rock' influenced sound but it's character coming from the strange combination of traditionally acoustic and electronic/sample components. We dismissed this one initially for feeling too conventional but after revisiting it and trimming the fat, it turned out to be alot more compelling and surprisingly deeper than first expected. Vocal samples in this one are all from fail compilations on Youtube which are processed through a gate, resulting in an almost fragmented delivery which give it a more abstract feel. This technique became a real favourite when starting a new piece; the essence of chance and unpredictability make it such a rush when it actually works. It's nice to feel you're not in control of everything. Which for control freaks has to be progress...

Valentina crushes the drums on this one and like all the tracks, that's what we started with. Because it's very rhythm orientated we had to play up to the speed and a post-punk jam felt natural. Straight forward goals with this one, keep it fast and direct. Foot down.

One of the most unplanned, fun and intuitive tracks to make and one of our favourites. This one began with no specific intention or influences other than the osmosis of listening to the type of music we do. It's an oddity that's comfortable in its own lumbering skin. The bulk was written in an afternoon and while packing up to finish the following day we decided that it needed something else to sign it off into a more cosmic end and what's more cosmic than a whacked out guitar solo. Never attempted before, it was done in one take, which felt fitting. One of those that you're not quite sure where it came from but couldn't image the record without it.

Tough comment on generation gaps. We all get left behind and this vocal sample perfectly expresses the type of rage that people seem to feel at this fact and that sadly has so many avenues for expression in contemporary life. We are all aware of this attitude so felt like dramatising it was a way to deal.

Always think of this track as a sail into the sunset. Basically a simple mood piece.  A direct and emo sign off.