Sutja's Metaphysical Circus: Even A Tree Can Shed Tears

A look at some of the rare Japanese bands and the innovators behind them.

Sutja's Metaphysical Circus: Even A Tree Can Shed Tears

A look at some of the rare Japanese bands and the innovators behind them.

I've been always a very passionate person, and by passionate I mean truly passionate. One of the best examples I can give you is right in front of you, it's me, here, talking to you freely and sincerely, sharing different stories to all of you – beautiful and curious freaks. I feel blessed to be here talking to you.

I'm sure many of you feel passionate about something. Being passionate is very important for us. Passion is not about having all the answers. Passion is not only about feeling good. Passion is about self respect, constancy and endurance - a journey of constant discovery. I could even say that passion is mysteriously sexy.

My passion for Japan began many years ago. I loved their culture, movies, books and magazines, but it wasn't until a few years ago that my passion for this country grew considerably. I started digging more deeply into their music and art and also I began appreciate and understand a bit more their magnificent cultural heritage, a culture that really caught me when I discovered all the Angura subculture.

Even A Tree Can Shed Tears is a beautiful compilation made by Yosuke Kitazawa, Patrick McCarthy, Jake Orrall and Matt Sullivan.

In the sixties Japan was fully immersed in an era of excitement and big changes. It was the post-war era and Japan entered a period of rapid economic growth. At that time art students from all different fields started to mobilize and work together against the Expo 70' in Osaka. It was the first world exposition made in Asia and there was people who considered that the Expo clearly symbolized the end of art - many of them felt that art was being prostituted and sold to commercialism. In their own words, art was losing its autonomy.

The Expo succeed and the disillusion was palpable.

During that time the well-known writer Yukio Mishima wanted to restore the imperial sovereignty, but he felt like a failure when in 1970 the government announced the renewal of the Treaty of Mutual Cooperation between U.S. and Japan. Mishima committed his ritual suicide at the Ichigaya self-defense base in November 25, 1970. 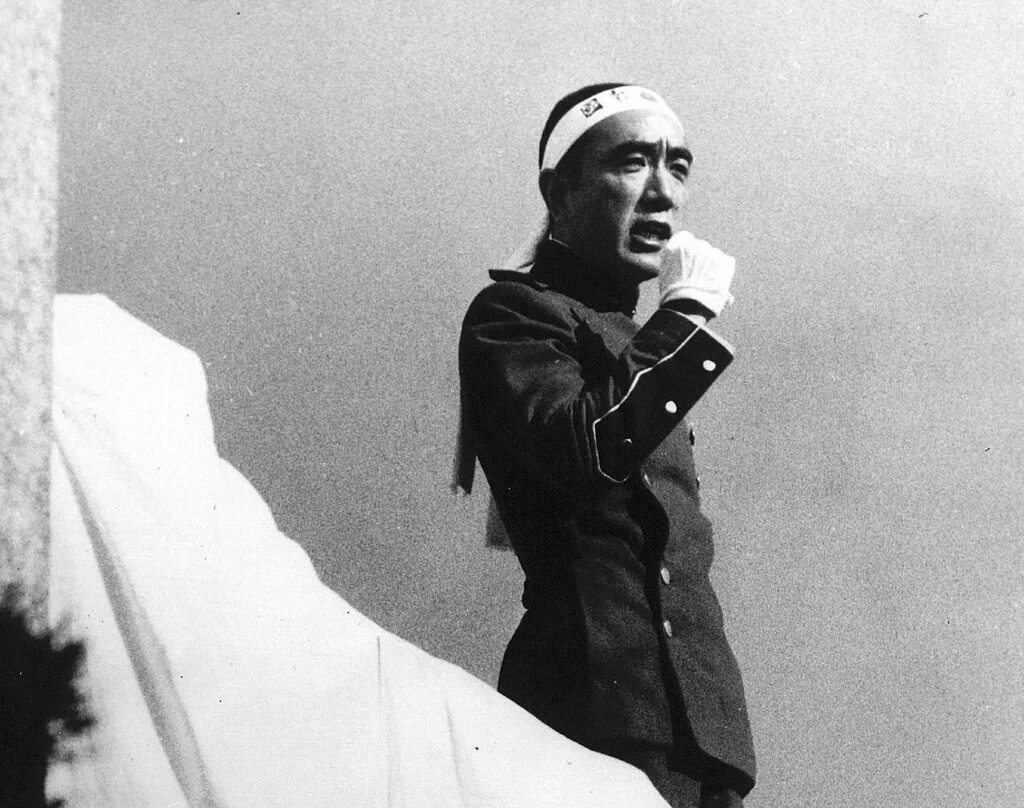 I just wanted to put you in situation, as you can see there was quite a lot going on in Japan at that time and musicians were a big part of all that movement. The music scene was divided in two – Japan and Kansai – and included large variety of musicians, some of these musicians were students with a big rock n' roll influence, others were activists who wanted to be heard by creating protest songs (also called College Folk), some of them came from the futenzoku movement (Japanese hippies) and were trying to have their own voice and some were just trying to be creative in a time that was quite difficult be heard out of the island. Labels like URC (Underground Record Club) appeared in the scene and created their own system (such as subscription only releases) in order to “fight” against the major label policies and strict lyric censorship.

Here are some interesting facts about...

Sachiko Kanenobu: She was a teenager when she recorded “Misora” with the help of the great Haruomi Hosono. In 1968 Sachiko signed with Underground Record Club – which was one of the first Japanese indie labels. Few months after the release of Misora in 1972, she secretly emigrated to the US and got married to Paul Williams (Rolling Stone Magazine).

Kazuhiko Kato: Member of The Folk Crusaders, a well known band from the Sixties – songs like “Kaette Ki Ta Yopparai” and “Magical Mystery Camel” blew my mind. Years later Kato and his wife from then formed the Sadistic Mika Band, a parody of Plastic Ono Band. Sadly, he committed suicide in 2009.

Takashi Nishioka: Member of one of my favorite Japanese bands - Itsutsu No Akai Fusen, Takashi came from the Kansai folk scene and was well known by his music production skills and experimentation. Later on, he created the psychedelic-folk band Tokedashita Garasubako, alongside Takasuke Kida and Tetsuo Saito.

Happy End: One of the most known bands of the 70s in Japan. Originally formed by Haruomi Hosono and Takashi Matsumoto (previously Apryl Fool) alongside Eiichi Ohtaki and Shigeru Suzuki. They started as the backing band of Nobuyasu Okabayashi. 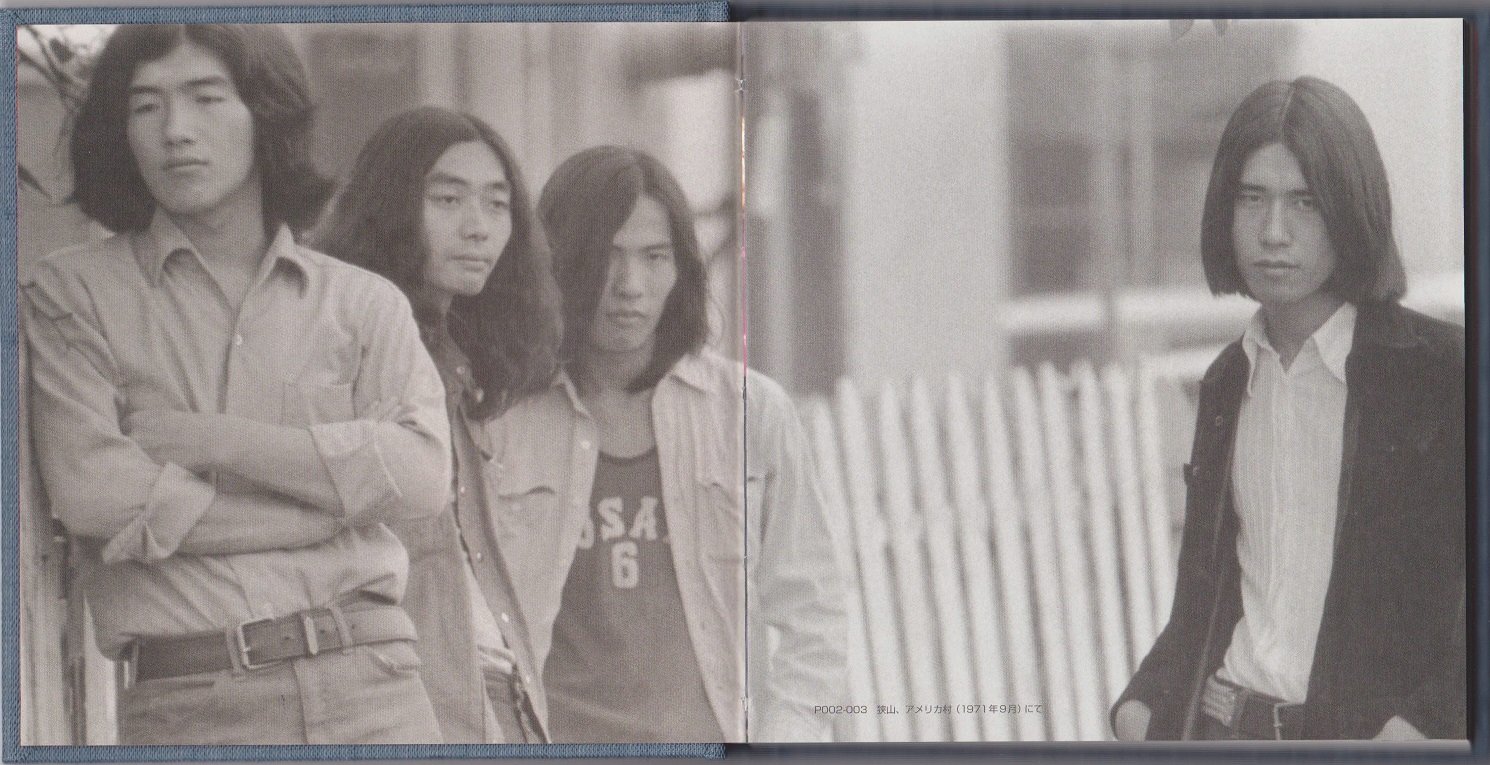 Haruomi Hosono: Hosono is one of the most prolific artists of this compilation without any doubt. Son of the only Japanese survivor of the RMS Titanic. He started playing with Apryl Fool in 1969, then continued with Happy End in the early seventies and then created in 1978 the well-known electronic band Yellow Magic Orchestra. As a solo artist he produced interesting albums such as Hosono House, Cochin Moon (alongside Tadanori Yokoo) and Bon Voyage Co. In the nineties he created the label Daisyworld, a label mainly focused on experimental music coming from Japan.

Tetsuo Saito: Member of the band Tokedashita Garasubako and also known as the “Singing Philosopher” - he released his single Ware Ware Wa in 1971 on URC records.

Maki Awakawa: I specially like Maki. She was a very interesting jazz/blues singer. She started singing regularly at the U.S. Army bases and also in different cabarets before being introduced into the beautiful and cinematic world of Shuji Terayama. Her lyrics are deeply influenced by the avant-garde poetry of that time. I've read that she was scouted to be an Enka singer. 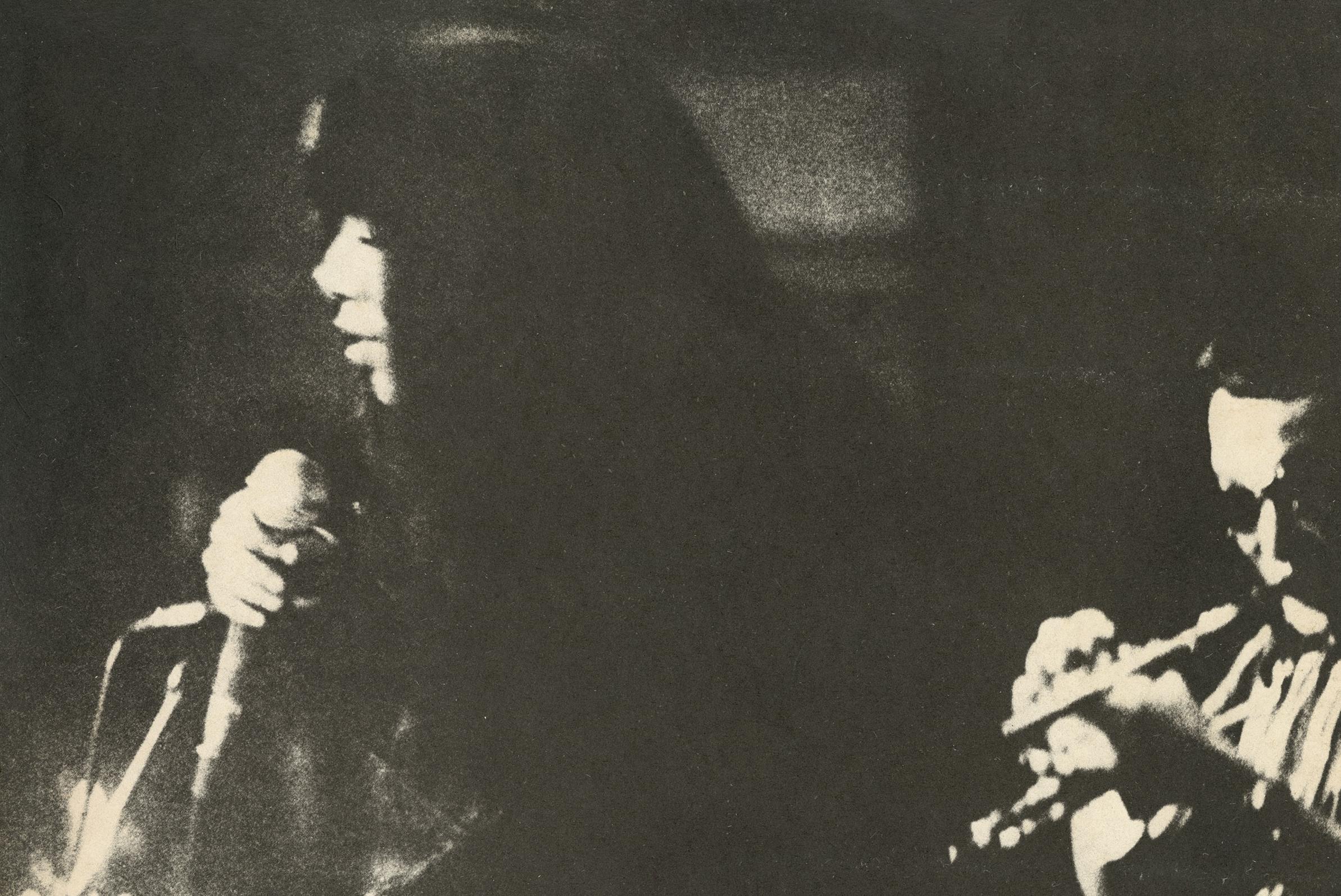 Ryo Kagawa: Ryo was a student from Shiga Prefecture, he started as a vocalist of a cover band. When he moved to Kansai he started working at Art Music Publishing, which was the publisher of most of the URC's roster. Zeni No Koyoryoku Ni Tsuite was released in 1971 on URC Records - with Happy End as the backing band.

Fumio Nunoya: Born in Hakodate, Hokkaido. He was a member of the Blues Creation band, a heavy psychedelic band where he sang in English. Fumio left the band after the first release in 1969 and decided to play with the band DEW during a short period of time. He started his solo career in 1973 with a beautiful album called Kanashiki Natsu Bate - where he sings in Japanese. 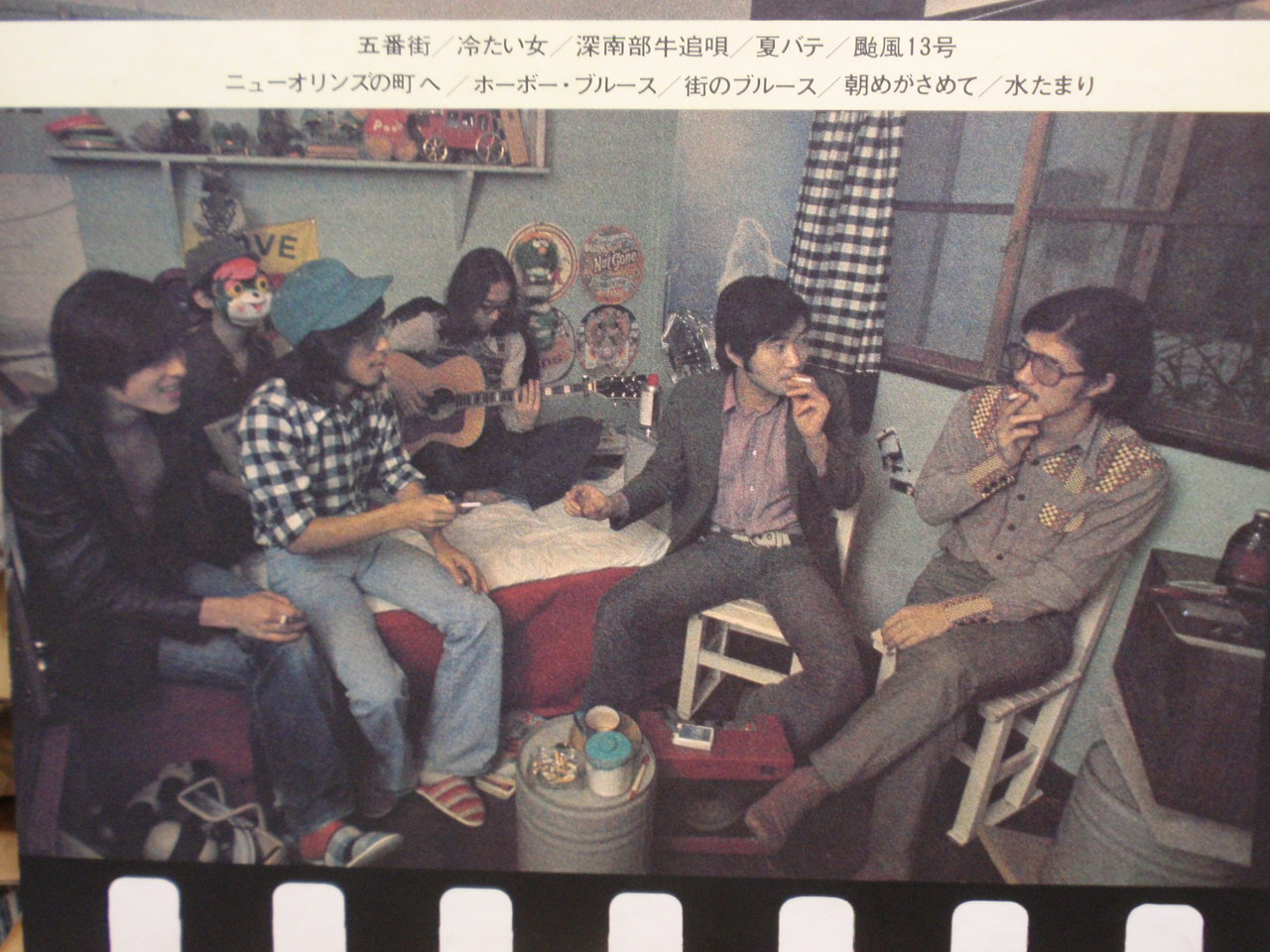 Thanks to Jackie from Light In The Attic for sending me this fantastic compilation, it has been a real pleasure to listen and discover this unique selection. Even A Tree Can Shed Tears: Japanese Folk & Rock 1969-1973 is out now. Buy HERE.