Gone To A Rave: United Tribes of 90’s Napoli It’s hard to emphasise the impact that rave culture has had on the musical landscape of Europe. There are so many stories to be told about local crews and collectives who embraced the culture during the 90’s and yet equally as many tales remain undiscovered and undocumented.

MBE Series have just released a new magazine documenting the underground club and rave culture of Naples in the 1990’s. It features a collection of photographs from some infamous illegal parties, extravagant late night raves and sun kissed escapades in the south of Italy. The limited edition magazine is almost sold out and offers a snapshot of life amidst the scene at this time, focussing on the role of a crew called United Tribes.

The magazine also comes accompanied by a rare lost and found mixtape from Paul Daley of Leftfield playing at a rave in 1994 in Napoli.

This was a story which fascinated and hooked us and so when we were approached and offered the chance to learn more about the infamous crew we leapt at the chance. First of all talking to Giovanni about the documentation of the project:

How did you come to be familiar with the United Tribes crew?

“I got to know the United Tribes stories as a kid. I entered the world and underworld of electronic music, the “festa”, when I was more or less 14 years old.. During those years I was often hanging out, wasting my time and especially my money in the clothes shop which belonged to a guy named Elvidio, best known as Elvio.

It was one of the few places, maybe the only place in my suburban town (near Napoli) where you could hear and discuss stories about events, Djs, music and nightlife.. With the benefit of time I would say that it was a sort of hub for youngsters who were looking for something different from the vacuum of the province.

The first stories related to Urban Tribes came from there, I remember people talking about the ECCHERECCA’ III event (now printed on cassette for the MBE series) as something out of time, something legendary.

Over the years the name UT has come back to me several times, between tales of emblematic figures from the historic centre of Naples and from people linked to occupied spaces in the city until the publication of the book.” 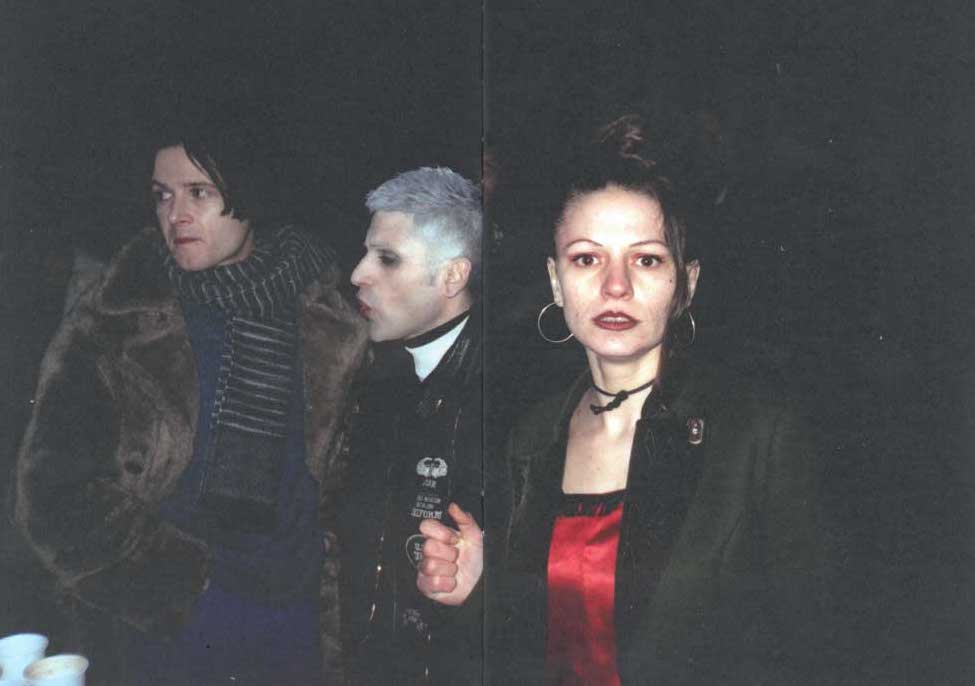 Describe your inspiration behind this project? Why did you feel it was important to document?

” I’ve always aimed to use MBE series to talk about Naples and its sometimes avant-garde and almost always interesting subcultures. The connection with UT seemed to me quite linear and spontaneous.

United Tribes had a vision of the ‘party’ that went beyond simple entertainment, see Hakim Bey and the utopian dream of the TAZ. They launched themselves into an adventure which was challenging the very notion of time.

Their revolution attempt consisted in bypassing the ordinary as their events didn’t have a start or an end. They were a progressive state of mind.

Ivan is shouting while the progressive sweating groove of Paul Daley is spinning:

‘We’re not in New York and we’re not in Cairo. We’re neither in Brussels nor in Amsterdam. We are not in Riccione. We are in Napoli!.’

I felt the need to document once again this outside story from my city of Napoli – knowing that the dream of that utopian tribe is live in this contemporaneity more than ever.”

How do you feel that the story influenced your own musical tastes and perspectives?

“I wouldn’t say that the UT story influenced my tastes in music or my perspectives. I didn’t frequent their parties and I didn’t know about them until my more recent years. In my teenage years they were just a kind of obscure mythology that for some other reason never deepened. However many years later I found myself so close to their vision, as they like to call it, an empathic utopian dream.. I would definitely have been sweating in some corner at their parties if I could have been there.” 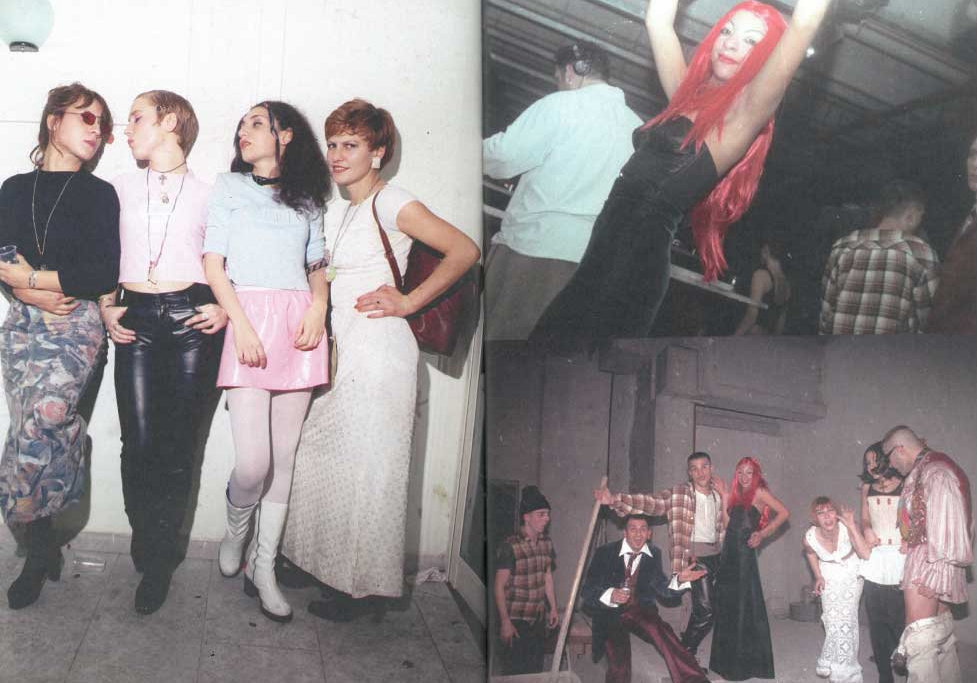 It’s fascinating to hear stories about the free spirits of Naples during the 90’s. Dancers who relished in the liberal freedom of self expression amidst a backdrop of sometimes rigid beliefs and dated principles. Naples at this time was still relatively closed minded and conservative as a city and society.

One of the United Tribes founders, Ivanmaria Vele, tells us more about the parties and experiences of the crew.

Describe the musical landscape of Naples during the 80’s – you say it was mostly post punk, how did that then evolve into dance and electronic music?

“Naples in the 80’s was a mix of all subcultures. An important moment was P.I.L’s concert at the Teatro Tenda Partenope. We were a bunch of teenagers with combed back hair and Doctor Martens. Back then I was a 16 year old from the modern residential area of Vomero. For me that concert was an almost mystical experience: I’m transfixed by the electrifying performance of the iconic punk par excellence and John Lydon, formerly of Rotten.

For the first time in Naples we moshing and spitting to remakes of Sex Pistols songs. At the same time we heard more of the evolved sound of P.I.L., a mix of ethnic tribalism, funeral ceremonies and psychedelic dub. This vision brings us – 7 years later – wholeheartedly into the “progressive-house” revolution to which I contributed in building with United Tribes. A cell of urban neo-tribalism militants who had formed to say NO to the commercial flattening of the disco scene and to the politicized alternativeness of the social centers.

A few years after P.I.L.’s concert there was the move away from punk and indie-rock towards house-music like Screamadelica by Primal Scream and the explosion of new electro beats by Joey Beltram, Front 242, Skinny Puppy, Nitzer Ebb and Clock DVA.

Outside the world was changing rapidly. When the wall fell we reacted with “In Gorbachev We Trust” by English group The Shamen.

The second brainwave takes place however in Riccione in 1990. We are living the Italian dream of late Reaganist hedonism. Pure fun. Titillla, Ethos, 99 and Vae Victis.  Garage house, electro and some bizzare mix of punk rock and rap.” 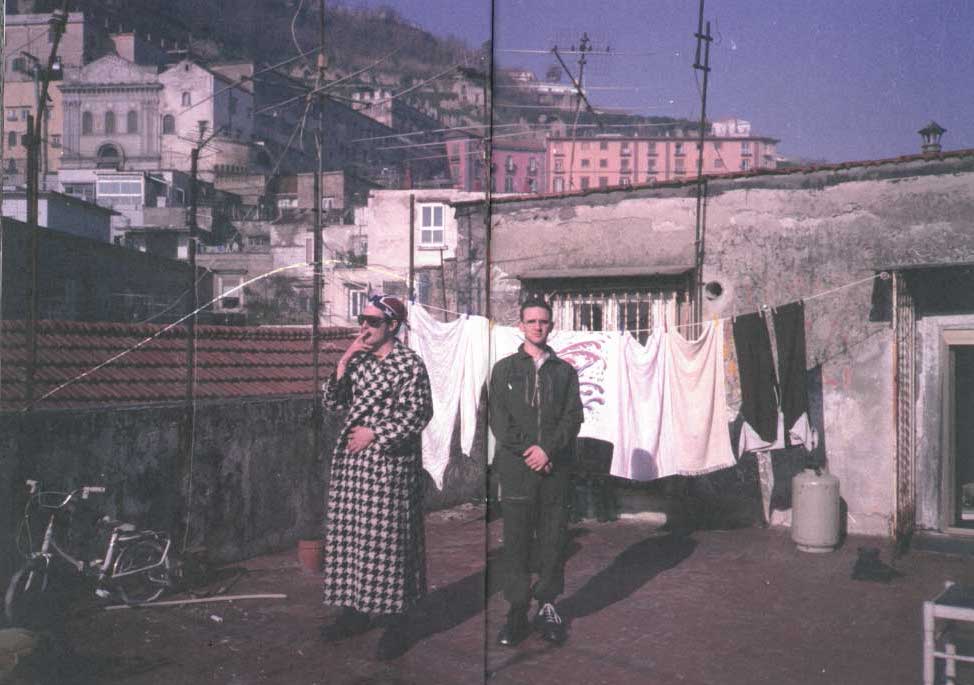 What was the first party that you attended? How did it make you feel and what can you remember from it?

“The first relevant one for this narrative might be the night in which three of us were at KIT KAT club near Trafalgar Square. It was a gothic and new wave one-nighter but on the other side of a magic door which divided the underground spaces was Rage, an acid house club night. It was like living in two ages at the same time. 1989. From intimacy and darkness to noise and those many coloured lights.”

What were the venues and spaces like where they were hosted and were they heavily attended?

“We had parties in the most incredible locations. Ancient castles, unreachable beaches, cave-clubs, huge warehouses, industrial spots. By definition we were the most purely underground of all as we were literally dancing amidst the ancient underground of Naples.”

Who were the first people to bring this type of music and culture to Naples, what impact did it have on the city?

“Naples has been a city of music for many centuries, we had Caputo as the best soprano ever. From the 70’s onwards Naples was a very experimental centre for new psychedelia, funk, punk, etc.

In regard to house musicm, at the end of the 80’s and beginning of the 90’s I would say that we brought many artists. We brought the most important American DJ’s of the time into Italy. Masters at Work, Tony Humphries, Frankie Knuckles, Dave Morales, Kevin Saunderson. They played in Naples first and then maybe in Milan or Riccione.

In 1993 we were at the Roxy in Amsterdam with the double night Latin Underground. I think it was the first and only experience of that kind at that time. I remember that in a local newspaper in Amsterdam they were talking about this group of Italians who were creating panic and delirium in the city. We were having fun. Almost as much as the Happy Mondays.

The release of ‘Open Up’ by Leftfield is the turning point. John Lydon singing “Burn Hollywood Burn”.

Finally, Punk is boomeranging back and we can happily return to moshing. We invite Paul Daley, one of the two members of Leftfield, to the historic Diamond Dogs and it all goes off. The spirit of John Lydon seems to linger in the air and the atmosphere is electric to put it mildly. The new era had begun. Naples and Progressive-House start to flirt before the arrival of Techno and Minimal in the years to follow. By now the groove had been etched.

Our resident DJs, three imaginary boys, Danylo and JG Bros… always favoured an eclectic style. Sounds of Acid, Techno, Balearic, Garage, Progressive and Tribal merged in a marvel. In terms of emotional involvement and substance our events were a few steps ahead of our contemporaries. The book that you have started to leaf through demonstrates this. We challenge those who claim to have done this or that before United Tribes. What is important is the intensity of the situations we created.” 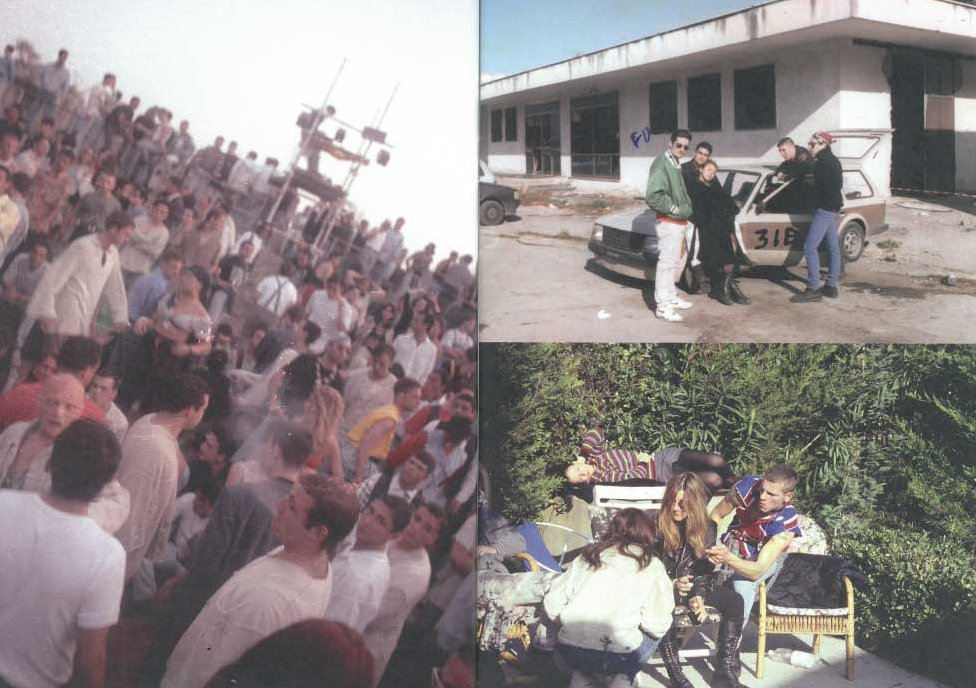 Were the parties ever busted or were the police unaware?

“At some points, we were monitored by the police and were busted a few times. In our book United Tribes, La Storia there is a chapter describing the most terrible police intrusion at one of our parties in 1994. United Tribes was an ideal for a living for some of us. Our events didn’t have a start or an end. They had a progressive state of mind. A good film maker could make a blockbuster out of this narrative. Yes. Indeed. We believe we were so unique and dangerously sexy.”

Judging by some of the pictures the fashion and style element was definitely important and played a part?

“Unlike the other groups of Neapolitan promoters, our collective was very fashion driven. The most eye-catching influences were Vivienne Westwood, Helmut Lang, Martin Margiela, Costume National. Our icons were Courtney Love, David Bowie, Coco Chanel, Johnny Rotten, Morrissey, Adamsky while the mixed style D.I.Y Resina (an incredible flea market where we could find all vintage stuff from the USA 60s and 70s) and high fashion of the 90s were mixed to a marvel.

Among our guests, Antonio Picardi, a true and proper style messiah, had a boutique that was evocatively named Closer (the second album by Joy Division). United Tribes still is a reference for those who love remixing cultures and styles.” 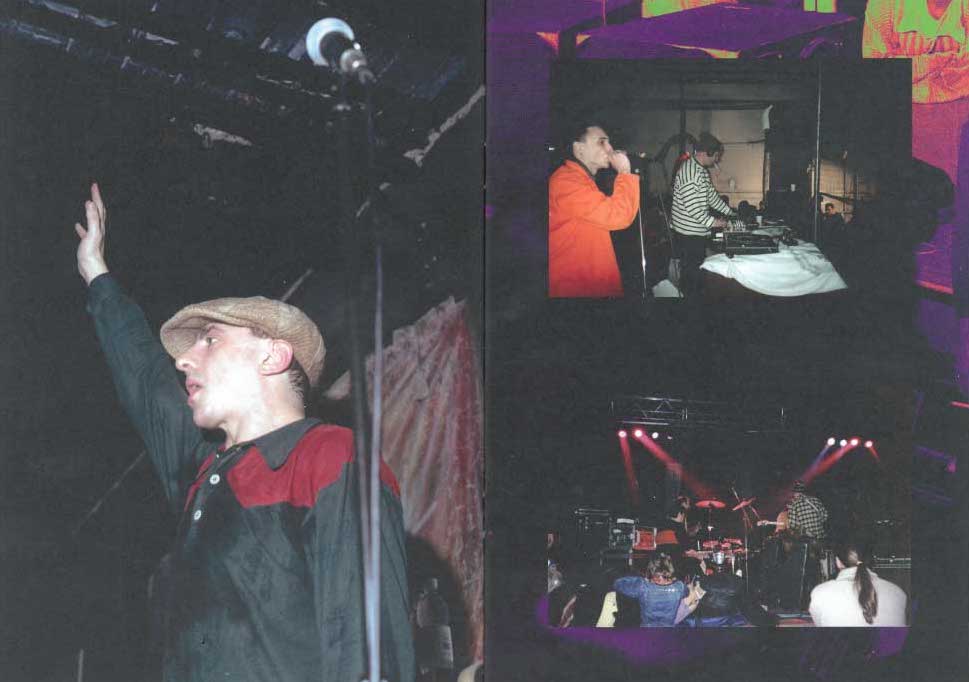