Next up in our humble mix series we are delighted to welcome Peak & Swift. A duo operating out of Germany who have helped to establish a community of sorts surrounding the infamous Salon – Zur wilden Renate in Berlin. The pair are enigmatic disc jockeys playing extended sets which reach across house, disco, techno and dub. The goal has always been to steer clear of the somewhat contrived minimalism associated with Berlin and the music industry within the German capital. As wild outlaws the pair have managed to hone their experience in a sound far which stretches far beyond the limits of the city walls.

This mix is an introduction to the realm within which they operate, a blend of cosmic house, italo and the far reaches of dance.

We are Peak & Swift aka Jan & Bene from Berlin, playing all kinds of dance music in nightclubs.  Also we are bookers and graphics designers at Wilde Renate.

Being residents at Renate or so long (10 years) we develop a versatile spectrum, sometimes we are banging, sometimes smooth and also sometimes weird. 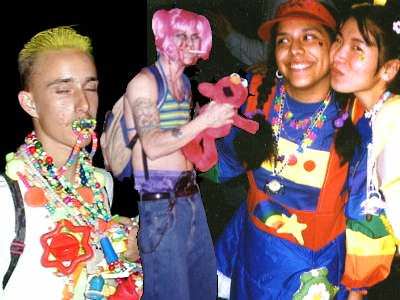 Would you describe Renate as your spiritual home? What does the club mean to you?

For sure! We are part of Renate since the first day, so it really shaped our life, our djing… basically everything. So it means a lot to us, probably most of our most memorable sets have happend there. It’s kind of our living room to experiment with new sounds and styles, our social hub, where we meet most of our friends. In short, our true home for true feelings.

How has Berlin influenced your sound?

When we started playing together 15 years ago it certainly did a lot.  In the last years our sounds is not exactly what one would describe as typical berlin style, may it be berghainesque techno or Katermukke sound. We are influenced and play music from producers which are mostly not living in berlin. With still being deeply connected to the berlin scene, sound wise we always had been different to most other berlin Dj duos.

Definitely! When we started there was just a handful of serious clubs in town, everything was much cheaper and the scene was smaller. Now we have much more really great venues, prices have raised in all segments and tons of new people are flocking in the city. Which is not a bad thing, change is always good and keeps you fresh!

In our studio at Renate.

A little bit more than nothing.

If it’s a podcast, so recorded without an audience: in the studio, we just love the sound there. If at a party, where ever the vibes are good.

Too hard to pick one 🙂

More a specific time than a dj, we would to be in the uk or ibiza in the late 80s or early 90s to witness it all start.

In a podcast, the first. In a club, the last.

We will continue our 10 years Renate tour in the coming months, after Robert Johnson, Bar Rotterdam and Claire Amsterdam, Grelle Forelle in Vienna, Charlie in Munich, and a showcase Tel Aviv will follow now, mostly with our fellow residents. Also we are busy in the studio right now, so stay tuned!