The Italo Body Music creators welcome us into their alternate reality...

The Italo Body Music creators welcome us into their alternate reality...

'Dreams don’t lie, reality is wrong': The manifesto for Pablo Bozzi & Kendal's INFRAVISION project is one we can get behind. Drawing inspiration from science fiction, 'Anticipations' and the disturbing era we're all living in, the Toulouse-born producers have fashioned their own distinct style that's captivated audiences from the get-go.

Their debut LP 'Illegal Future' on Fleisch was an introduction to the duo's slick, sexy, synth-driven sound: a concoction of Italo Disco, EBM, New Beat and Trance influences, brought into the present day, which they term Italo Body Music.

Before joining forces, both had made names for themselves in their own right through their dark, fierce productions and DJ sets: Pablo Bozzi through his residency on HÖR, work with EGONlab and release for Phase Fatale's BITE, and Kendal via his Ritmo Fatale label and his releases for David Vunk's Moustache Records and Dischi Autunno, the Correspondant offshoot that Pablo has also released on.

After an unforgettable high-energy Boiler Room debut recently, we're treated to another side of INFRAVISION's tastes with this slow burner of a mix fictionally recorded in the Terminator's Tech-Noir club, Los Angeles.

Hi, we are Pablo Bozzi & Kendal, both producers and DJs from Toulouse, south west of France, with Pablo now based in Berlin. This year we released our first LP called “Illegal Future” on Fleisch records under our  INFRAVISION alias, and now we are touring together as DJs, and soon live.

Our sound is a blend of multiple styles and sounds from the 80s & 90s. Italo Disco, EBM, New Beat, Trance, Break with a futuristic twist to give it a modern touch. We like to call it Italo Body Music.

If we have to picture it we think this movie poster is on point! 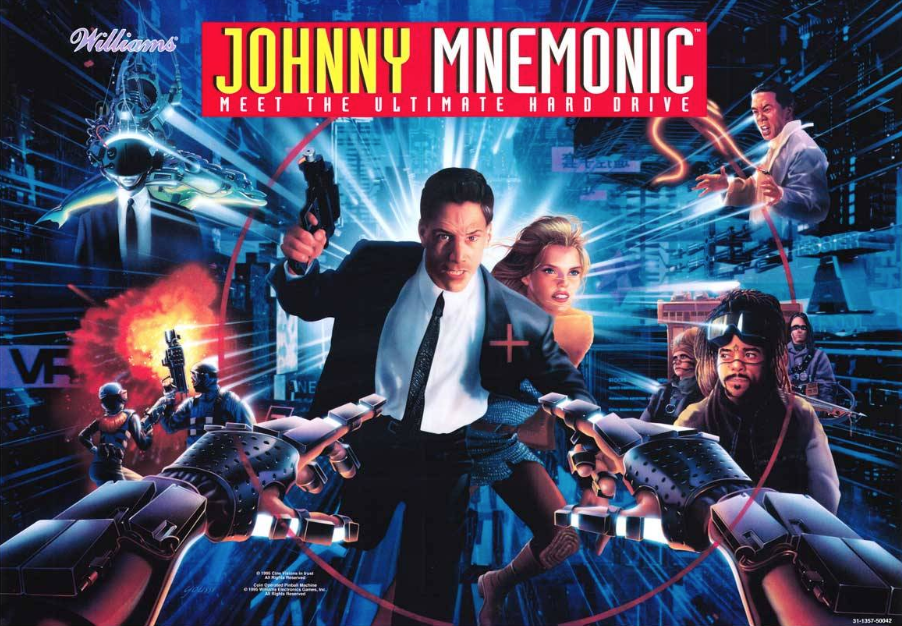 At the Tech-Noir club, Los Angeles.

At the Tech-Noir club, Los Angeles.

Versace and a bulletproof vest.

On a well settled Funktion One system, in a foggy forest during the sunrise, surrounded by close friends and max 300 people.

Pablo: I would say also GDB and Molasar - Talisman

Kendal: Hmm maybe it's a little bit cliché but Daft Punk - Alive 2007 is hard to beat.

Kendal: François Kevorkian, because he’s a legend. He witnessed the awakening of electronic music and I'm sure he has a lot of nice timeless gems to share!

Pablo: I’d like to play B2B with The Hacker.

Pablo: I started on Traktor with an UC33 10 years ago, and then I bought a Xone and a  pair of Technics and now I also have a pair of  XDJ 1000 in addition.

Really hard to choose but we think the ending track is more important, everytime we play together we carefully check the clock to have time to drop the ending track, because it seals the moment we all spent together.

Kendal: The first one that I remember bought with my own money I think it’s Prodigy - 'Always Outnumbered, Never Outgunned' LP, still love this underrated album. Last one is Benoit B - We Come in Peace EP released on Animal Dancing, highly recommended!

Pablo: If I’m correct the first vinyl I bought was a CJ Bolland record and the last one is the re-edition of Peyote Dreams - State of Mind that comes also with two edits from Roza Terenzi and Alex Kassian, released on Love On The Rocks.

There is always a way !

Upcoming in the world of INFRAVISION

We really want to push further the project with an audio/visual live and a second LP. Also we both have solo EPs incoming on Dischi Autunno. Pablo has a mini LP to be released on Pinkman and Kendal is focusing on growing his label Ritmo Fatale.

Amy Dabbs: The 'Shine A Light On' Mix

A killer mix from the Keinemusik member.

Sparse compositions from the multi-instrumentalist, composer and academic.

Nina Stanger: The 'Shine A Light On' Mix

Significant Other: The 'Wednesday Alternative' Mix

The Club Night Club co-founder and Oscilla Sound producer steps up to the plate...

A label showcase from a special musician.