Next up is a prominent producer and dj who has made a name for herself in London following her move to the city in 2016.

Giulia Tess has released music on the likes of Fever AM, Future Bounce and More Time Records. However, most recently she announced a new EP on Scarlet Tiger, the record label run by Ross From Friend’s. The record itself is a leftfield exploration of experimental electronics which features elements of Techno, UK inspired bass sounds and abstract soundscapes. It's a hypnotic, strange release which is as fitting for late night moments all alone as it is on discerning dancefloors.

Originally from Italy, Giulia has established herself as a fierce and fearless dj having appeared on BBC Radio 1xtra, BBC Asian Network, NTS and most regularly on her own Threads radio show.

We invited her to record a mixtape which reflects where she's at as an artist in the present, she doesn't hold back.

Hi Ransom Note :) I’m Giulia, nice to talk with you!

I’m a London based individual with a strong passion for electronic music. I’m a dj and a producer but also a clubber, a footballer and a pizza addict too. I’m known for my artistic projects as Giulia Tess and Mala Femmina.

What am I? I’m not sure about it all the time, but I can say what I am when interacting with music - I am a happy brain full of emotions.

Mm.. Hard to say as it really varies with my state of mind and which feeling I have,  and also, that touch of random intuition and experimentalism of the moment. So, not sure, it changes. But maybe this drawing below can help you understand. I made it this winter while listening to a mix from rroxymore. 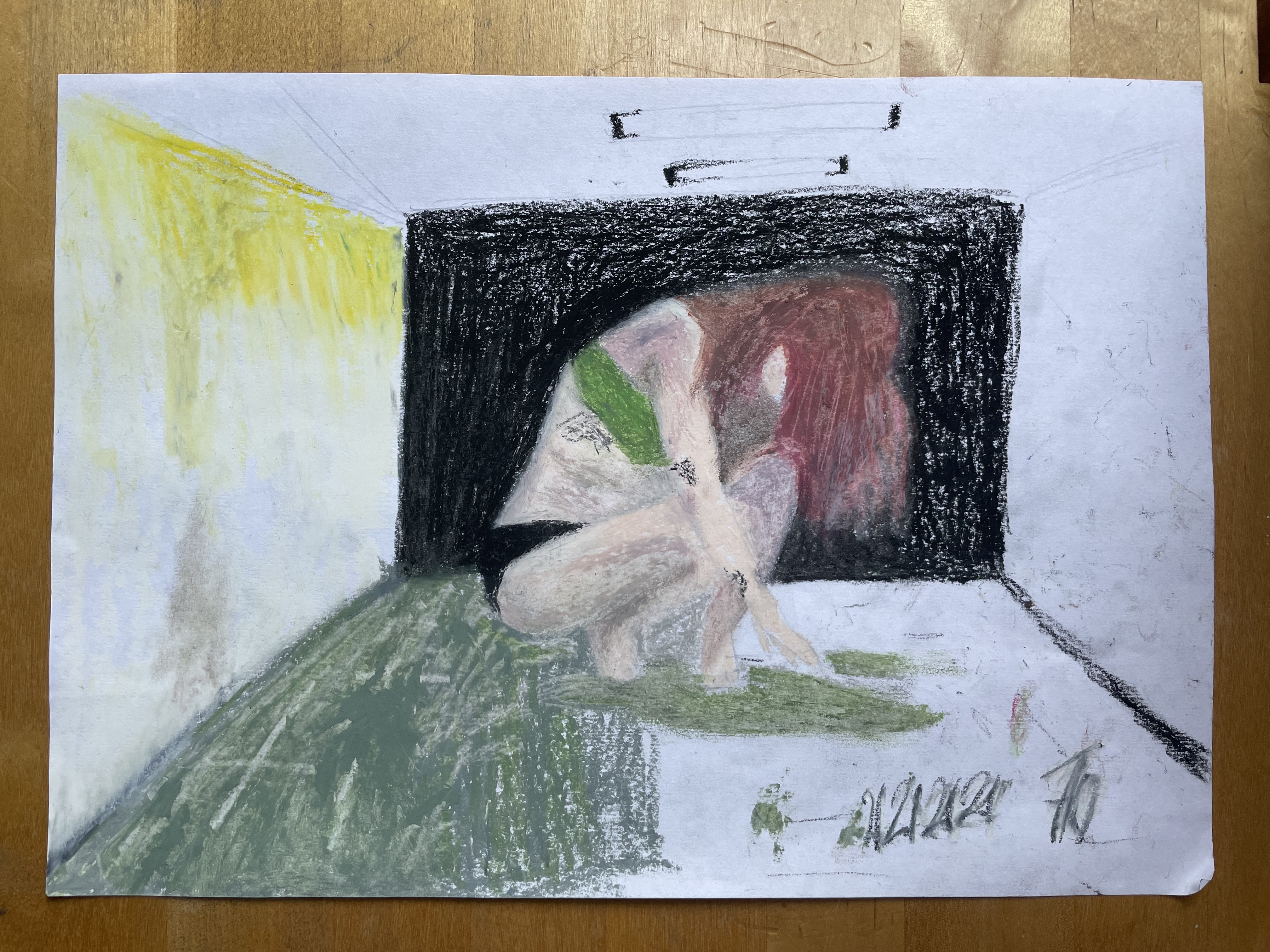 I recorded this mix at Pirate Studios in Tottenham and post produced it at my house - It needed a few tweaks on the fx side and I desperately needed to add a Caleda and Danny Tenaglia sample to the first song. Also ofc, I needed to pump it up!!!!

It could work well either in an open space in the sun with your mates or in a club. I think the essentials for this mix are a pair of good, medium to large size if possible, speakers. The concept behind it is making you wonder and to dream and dance, so it needs to be loud. This mix has been heavily inspired by my last gig on Saturday at Phonox. The vibe was incredible, the crowd were giving me so much energy which is still resonating with me now.

Comfy shoes (to dance) and anything that makes you feel yourself!

A dark crowded club with a good sound system. I prefer to record live mixes when in a club with people (in fact I should save more of my live performances). This is because I like to feel the energy of other humans and I enjoy trying to read their feelings and working with that through music.

Hard to say.. Maybe the two that I listened to the most are ‘Morning in  Melbourne’ by CINTHIE and the untitled one by myself.

My first one was a super cheap and crap console called Hercules MKII, a few months after I bought a pair of Technics 1200 and a Beringher mixer from a friend of my brother’s.

They are both always important imo. I’d say that maybe in some situations one could be more important than the other. For instance, in the case of the first song, if there isn’t the vibe when starting to play in a club it could be essential to have a ‘vibe setter’ as a first track to play. In the case of the closing track, if you did an epic set your last track must be epic to end the unique, unrepeatable moment you just had with those people.

What exactly I cannot remember, mainly reggae, hip hop and  lovers rock. I can certainly say where. I first started buying records in this record shop called Virus in my hometown in Italy, Pescara. The last, if we are considering digital downloads, a few days ago I bought the ’Spoon’ EP by Black Girl / White Girl.

Pizza from this place called True Craft on West Green Road (delicious), I had that before starting to work on the mix and I feel that the food has influenced it.

All the tracks from my good friend Francesco ‘Blu Ritual’. Such an amazing musician and such a vibe in every piece of work that he does. A true spiritual journey, but yeah his creations are hard to mix.

Upcoming in the world of...Anything else we need to discuss?

I have another release lined up :) but I can’t say much about it.

Also, I’m really excited to play more and in new places. One that I’m really looking forward to is at Chalk in Brighton (for the first time) on the 6th of November with Ross From Friends & Manami. I cannot wait for it!

To conclude, I want to say a massive thanks to you guys, for this nice chat and for asking me to curate a mix :) Had a lot of fun getting it ready for you, enjoy it!!!