For this instalment Chris Curran sits down with DJ, radio host and activist Jaye Ward. Hackney born and bred, Jaye has been doing her thing for 30 years now and has become a major pillar of the underground music scene, not only due to her vast knowledge of the weird corners of music, but also her unwavering support for the artists and scene around her. She remains an incredibly important voice in the trans community, sharing experiences and making moves to insight change where she can, through her open and honest approach to social media.

Her regular radio show on Netil Radio, Magical Real, is something of a masterclass and an invitation to glimpse her astonishing record collection. Here she speaks about her motivations and shares her experiences of London's underground music scene...

I am Jaye. I play records and files for other people to listen to. I do it in a way that seems to have a style that people like. I have been doing it for 30 odd years consciously. Acid house directly affected my life, but I think I am happily genre free at the moment. In the late 70’s I became conscious of a lot of things at the tail end of punk. John Peel, Annie Nightingale. Late light listening. Lots of things that my Mum and Dad wouldn’t like. That’s when I got the bug. Also, magazines like the NME and Sound. From about 12 onwards I was buying the music press then when I was old enough, I started to go to gigs. My first gig was Japan at the Hammersmith Odeon. I was 13. I got into that gig as a family member was doing the booze. It was the third gig of the final tour. From 13 years old even though I was up to lots of stuff, music was what I was into. I was constantly buying records and even inherited a lot from my sister. Deep Purple, Led Zeppelin, metal and hippy stuff.

The first two Depeche mode singles. ‘79 and ‘80. 'New Life' is the second one and the first is 'Dreaming Of Me' and 'Ice House' which is the better b-side. I had been buying and I bought Donner Summer 'I Feel Love' as I heard it at a holiday camp when I was away in ‘78. But I still have the Depeche Mode 7’s. Through Depeche Mode I got into the stuff people who were older than me were into. Throbbing Gristle, that end of the electronic stuff. The first few Human League albums, the weirder end of it. When it started getting poppy I got turned off by it. I appreciate pop music and was married to someone who was really into pop music but I was too busy trying to be a post-punk goth weirdo. I actively looked for the weirder end of it. So, I got into bands like Virgin Prunes. Irish post-punk goth band with lots of shouting and screaming and atonal noise. Things I am still into now. Depeche Mode was a really great gateway for a lot of people as it was so accessible. Like Soft Cell. 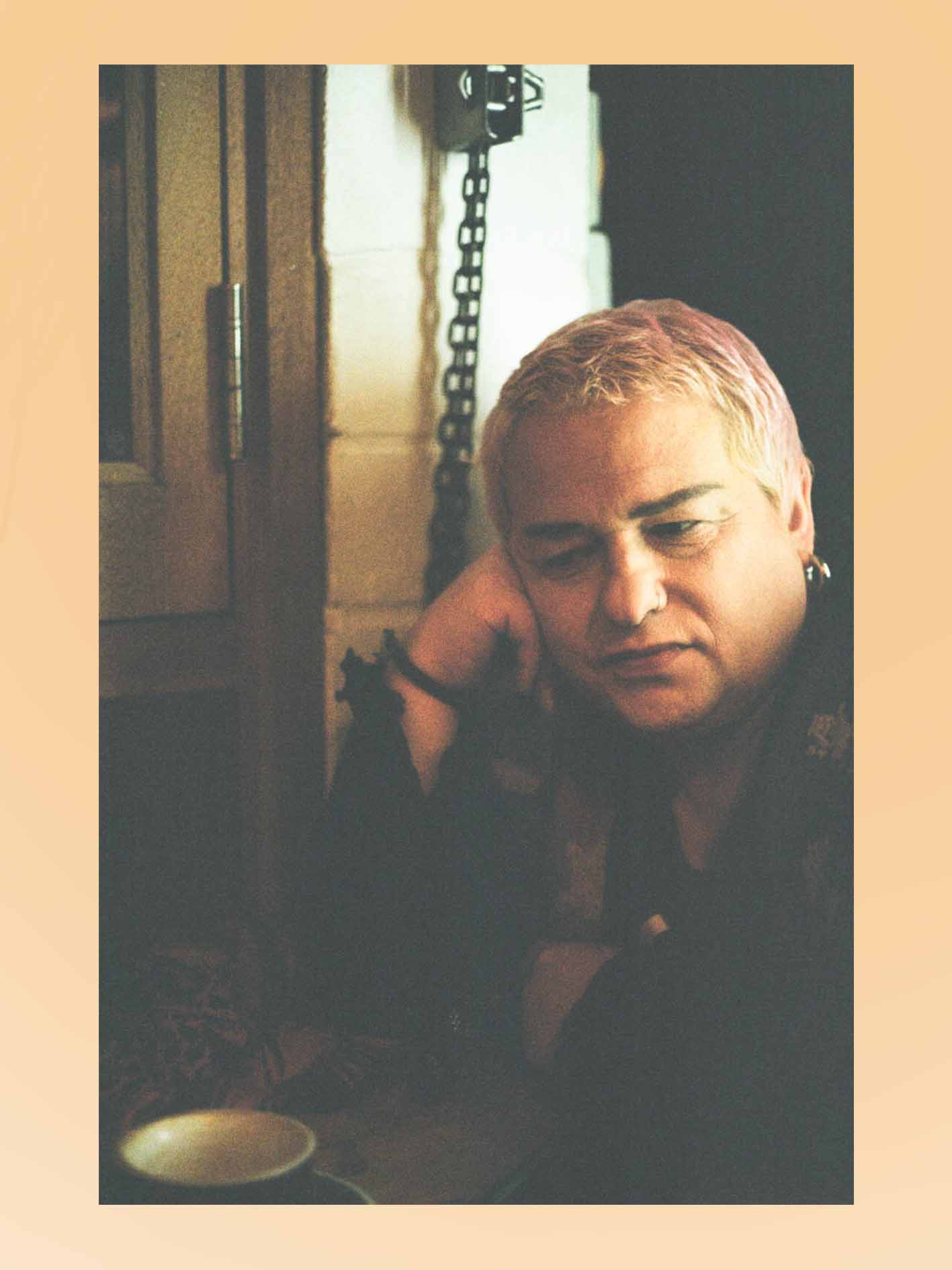 I posted on FB recently ‘music is fucking ace isn’t it?’ and I had a big response, people saying yes it is. Apart from some medical issues and my identity, trans stuff. The only other thing that has been a constant in my life when my mental health has been bad is music. I know my mental health is bad when I don’t want to listen to music. There have been times in my life when things have been really bad and I have been on the edge, checking out or whatever, but music was still there. But at the same time, sometimes when you have anxiety and depression issues being involved with something can be too much. This can mean overloading or pulling out. This lovely thing that is happening can become a bit of a nightmare due to mental health, but that’s human. Lately as people are highlighting mental health not just in electronic music it does make you feel like you aren’t alone. Dance music like anything can be affected by mental health.

I think now we are living in a very post queer world in that it is safe to open up about stuff. When you publicly say ‘Hey, I’ve just had a mental breakdown’ and people to say ‘it’s cool’ or ‘it’s fine’, this has happened recently and social media helps. Dance music is full of nice people, I mean there are also dicks. But there are lovely pro-active people doing things in a wholistic way. Lots of women, that are used bonding together. For health. Who have talked about things. This is bleeding out into the rest of the community. So yeh. It’s really positive. I had a really bad breakdown towards the end of the 90’s, which had long term effects for me. It coloured everything afterwards, including transitioning. But when I said I am having a nervous breakdown people treated me like a pariah, stopped taking my phone calls, as they didn’t want that drama. But now people are understanding that the drama is something people can handle. Once the pandoras box was opened and even the hardest people started to talk about it, it’s defiantly been a leveller. The most support I have had is people that are into our thing. 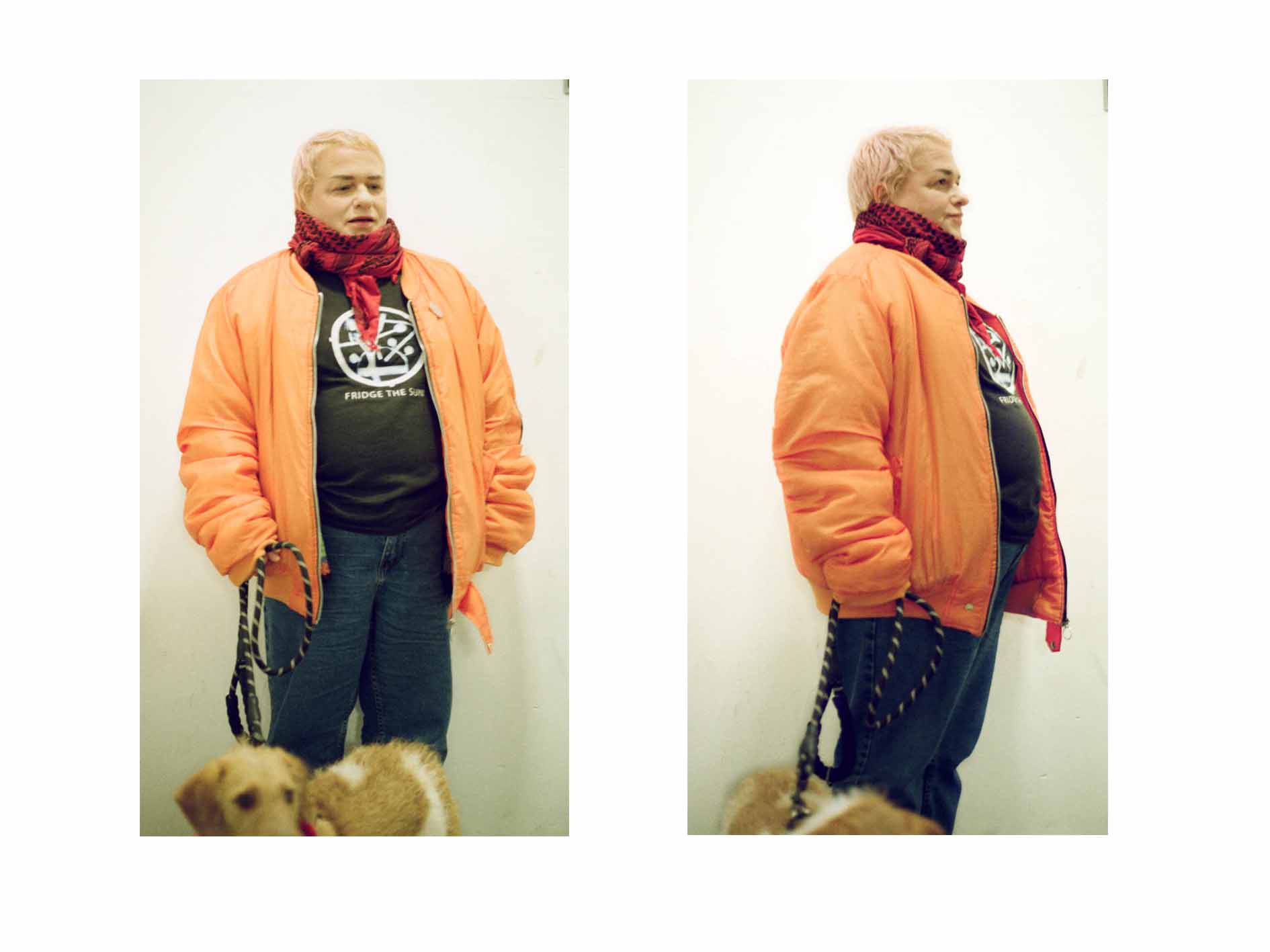 I think that nowadays there is a big thing that people think it is either or. But we now live in a quantum world where things can be simultaneously one thing and the other. Dance music is functional but DJ’s and producers that are making stuff, it’s all made by people so has an artistic element to it. It is functional but the question really is what is that function? If you listen to someone like Vladimir Ivkovic or Lena Willikens they will play functional records or things they have made functional by changing the speed or fucking about with it. I think one of the great things that has happened is books, books about electronic music. Early disco, pre-computers. When people talk about the loft for example the talk about it in very artistic terms. But also the music has been described in very technical ways, even old music magazines used to list the BPM’s. The thing we are talking about has always operated on loads of different levels. In an overly saturated market how would you advise someone looking to express themselves creatively in music culture. Don’t worry about it just do it. Oversaturation seems to refer to markets and the money. Not really the meat and potatoes, the music. We would be moaning about it if our scene had gone the way of glam rock or even norther soul. Even 35 years later we are still talking about it, listening to it and dancing to it. Even our children are dancing to it. It’s healthy because it exists. If people are coming from a perspective saying ‘there is too many people do that thing’ it is really because they are worried that their margin is smaller. But fuck the margin I think, the more people doing the better. I like to think that all of us as people are good bullshit detectors. So if it’s shit, it won’t do as well. Nowadays digital means that there are 100 times more things out there. But if you have a diggers mind then you can still find stuff that isn’t on the radar. It’s not saturated, there is just loads of really good stuff out there. 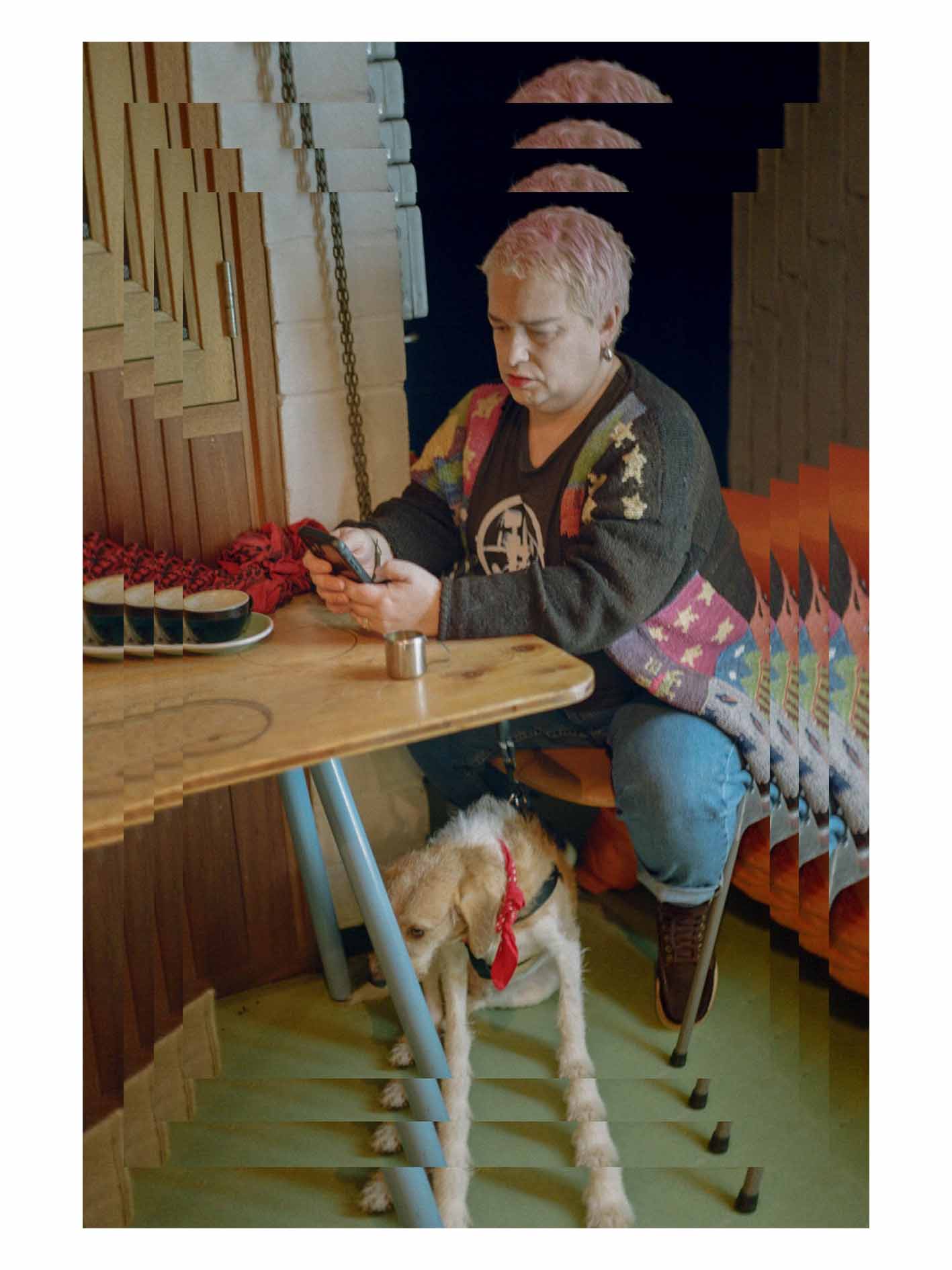 I think society is constantly creating new ways to deliver. I am in my 50’s and know what a mean is, but other people in their 50’s may not do and they are being left behind. That’s not just to do with music. Culture is delivered in loads of different ways and if you don’t move with it you lose out. I’ve never really been an upfront DJ. I used to get a lot of physical promos and still get lots of digital stuff. But I have never been fussed about having to be the first person to play it every Friday night. So essentially, I think Memes are important, I think the delivery of music is important, in whatever form that takes. I love now and I loved it back then. I love the cultural aspect of the way music is delivered. Disco grandads complain about things being shit, that’s lazy. Things are fucking brilliant right now.

I don’t know. I love the internet. The internet made me trans again. The internet saved my life. I self-meddled with hormones for a couple of years on my own via the internet. The internet got me back into DJ’ing again. People say they want to limit their kids access to the internet. Fuck it, I want to increase my kid's usage of the internet. It is a very democratic thing. I don’t want Trump and Boris Johnson to curtail my internet access. I want more and I want it free. Corbyn has got the right idea. For example, when New Phonic brought over Mancuso for the first time, prior to then there were only a few books. Bill’s book (Last night a DJ saved my life), Tim Lawrence’s books weren’t out. It was all about the Larry list and people passing things around. People wouldn’t have got their head round how important he was without the internet. He had the worlds clunkiest website. I remember sending a chart to him and I got on the website. I got my chart on the website in about ‘96. I was so chuffed. But people didn’t know what I was on about. Juno records even started as a list that was photocopied each week. A list of new releases. When distributors started talking about the power of internet, a lot of record shop where like ‘Fuck Off’. Some were even against it, but they have gone now. I remember life before the internet and it made everyone a bit more resourceful but it was a ball ache. But people can still be resourceful. I love the internet. Fuck it. Love it.