As a charity, War Child's focus is on supporting children impacted by war, giving them aid and supporting the rebuilding of their lives in war torn countries. Working in the music and events team as a manager, Jamie Johnson's role sees him supporting and building events and music partnerships with other parts of the industry to help raise awareness and funds for War Child's overarching mission.

Kentish Town. Always one for bringing back memories about music. As I get off the train to make my way past Kentish Town Forum to see Jamie a rush of memories regarding gigs gone by flood into my thoughts. Camden and the surrounding area is so synonymous with music. I meet Jamie at the home of War Child only a short walk from the station. We chat about the projects he is currently juggling and then make our way to the pub for a chat....

We are really lucky in London, in that sense. I grew up in South London, Tooting and spent a lot of time going to Brixton. So, Brixton academy represents a lot for me in terms of music and growing up. Having those first experiences of music. It’s not the prettiest or the most intimate but it represents so much of London culture. The history is really interesting. It’s a benchmark for artists and has an iconic status. On a smaller level, probably an obvious one but I used to love Plastic People. Corsica Studios, again as I am coming from South London and the people that run it are amazing. I have some of my happiest clubbing experiences there. Both of those venues mean a lot to me.

I saw Big Thief at Hammersmith Apollo recently and it was incredible. Making a room that big feel intimate is not easy and for a 4-piece band to pull that off is impressive. It was a beautiful night of music, I left feeling energised. 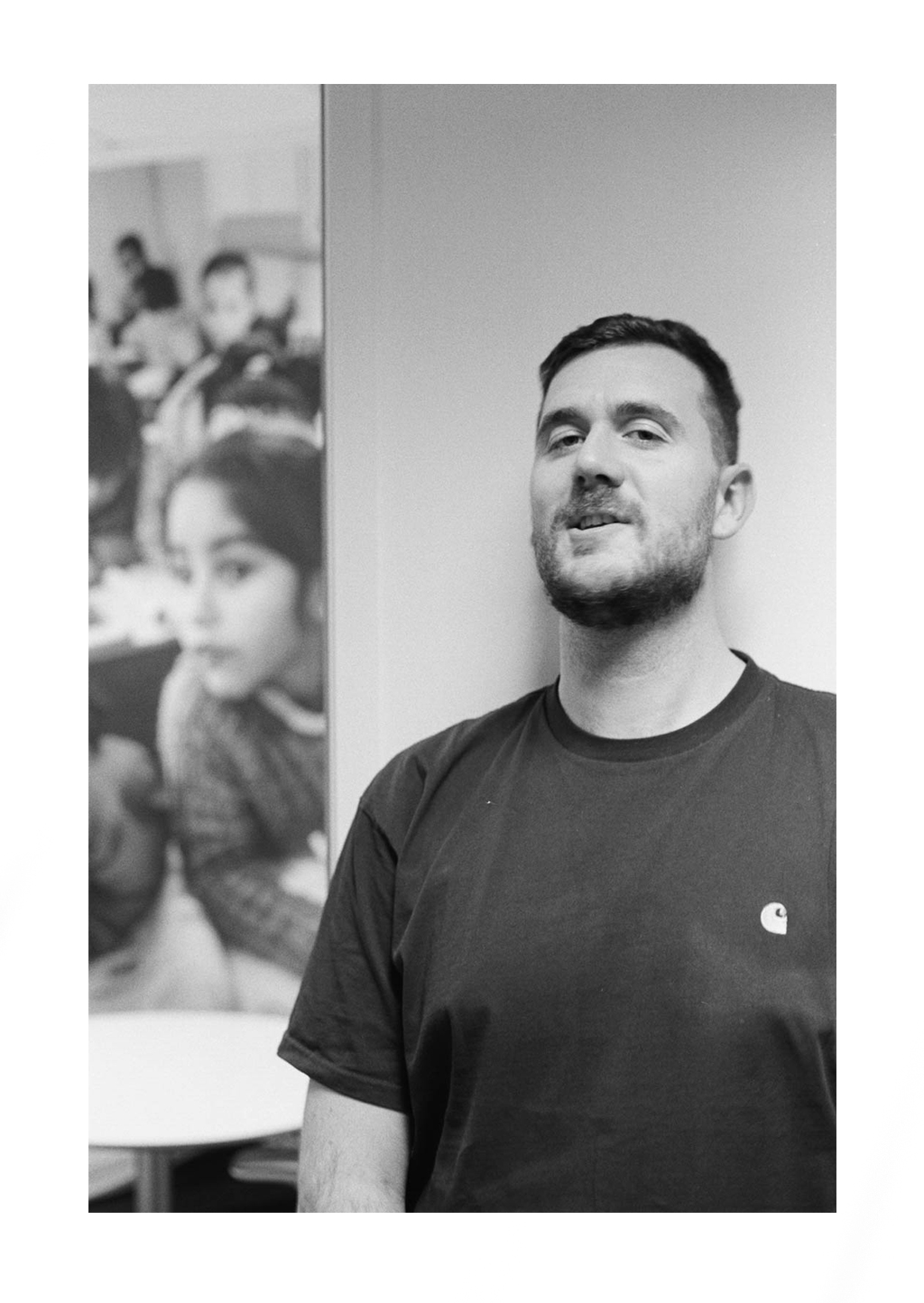 A little while ago I saw Jeff Mills at Printworks. But Blawan was on before him. I was struck by what he did. He was not the most technical, but I remember being blown away by his whole set. You really feel it with him. For me he stole the show, no easy feat with the Wizard coming on after you!

I have to shout this out. Anyone going to New York, make sure you go to Kings County Imperial. Best Chinese I have ever had. My girlfriend and I went, it blew us away. I dream of their mock eel!

Having the passion for music and everyday being able to engage with it. It’s an inherently sociable industry so for me as an extrovert it’s great. People want to chat to you and I find that empowering. Meeting a lot of really good empathetic people. I feel very lucky to meet those people.

Where the line is. Where does the passion begin and end? Especially when you bring in the charity side of things. It’s hard to stop. When you have a bad day and you haven’t raised enough it’s easy to take that home. There are a lot of mental health problems in the music sector and the charity sector. It’s interesting straddling both and seeing people be more open. I work in an industry that talks a lot about mental health but I do see people who can suffer. Sometimes you don’t have full control over stuff and you need to accept that. 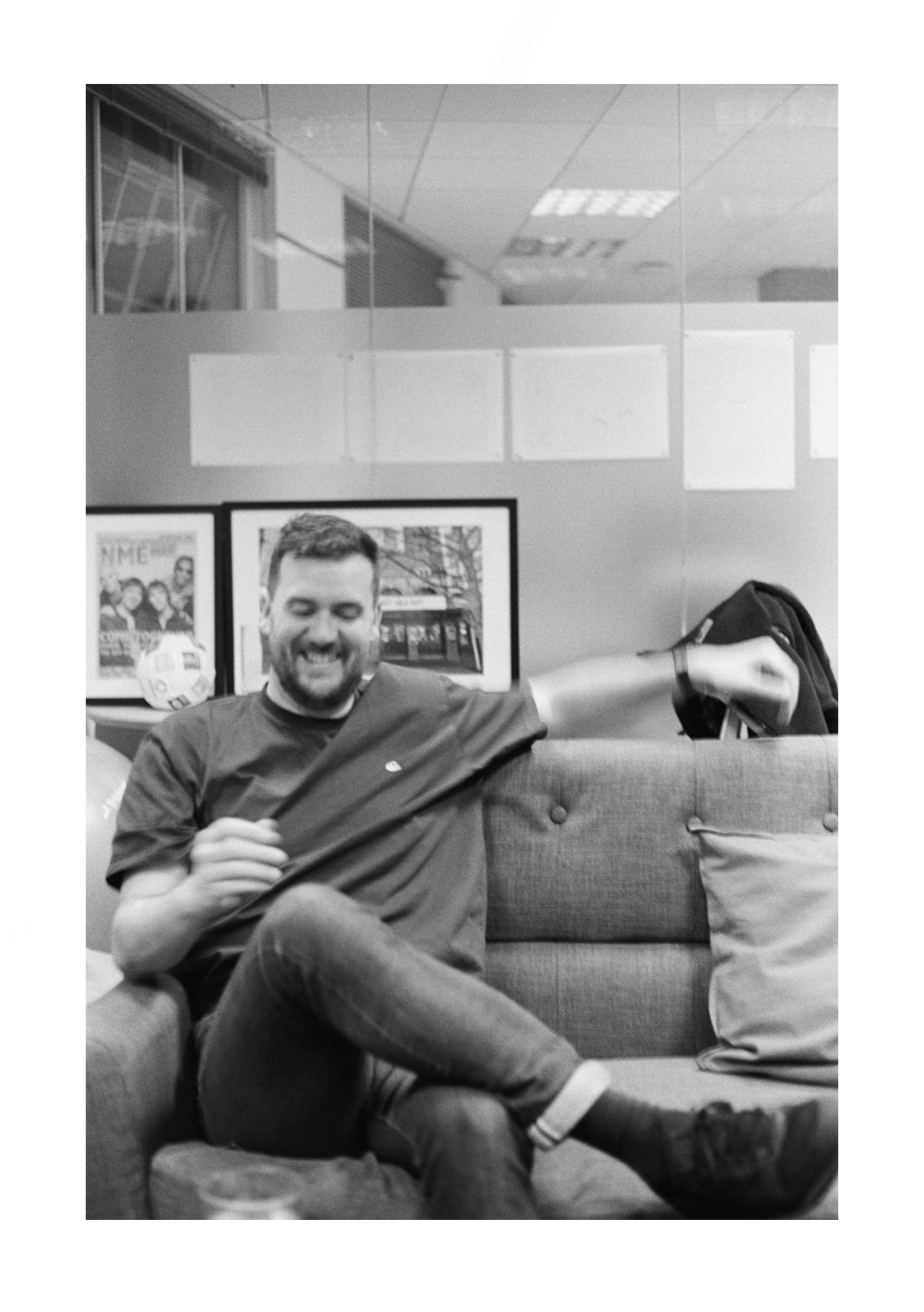 I never really feel like I got a break, I sort of just fell into it. For me music was always an escape, a refuge and a way to enjoy myself. Not necessarily something I considered as a career. At Uni in Birmingham, I started to flyer for some parties but when I left I didn’t want a job yet so went away living abroad. When I returned, I saw an advert for a new arts festival based out of Peckham so I got a job as a production and fundraising assistant. I did that for about three years, and I thought it was wicked. Putting on live music, DJs and art instillations in Bussey Building was a dream. The energy of it, and making money for a good cause. It was an addictive mix. One day I google searched ‘music and charity’ and up popped War Child. The first time I applied for a job, I wasn’t successful, but I persevered and they eventually got back in touch to offer me a position. What I do is pretty niche but I love it. I feel very lucky.

That’s a tough one as I have seen some great stuff. But it would have to be David Byrne. Seeing him at the O2, it was huge. It just blew me away. A real antidote to what has been a challenging few years for people in the UK, being there with 15,000 people dancing, everyone together, it was a beautiful moment in time.

Think it might have been that Blawan and Jeff Mills night. You lose all sense of time in that place. Not sure that counts though being a day party. I can’t remember the last time, probably the sign of a good night!

I can’t think of a specific place but I love a bowl of ramen with a cold beer. My girlfriend is half Japanese and has really got me into it. She’s currently working in New York and whenever I visit, we try as many ramen joints as possible. 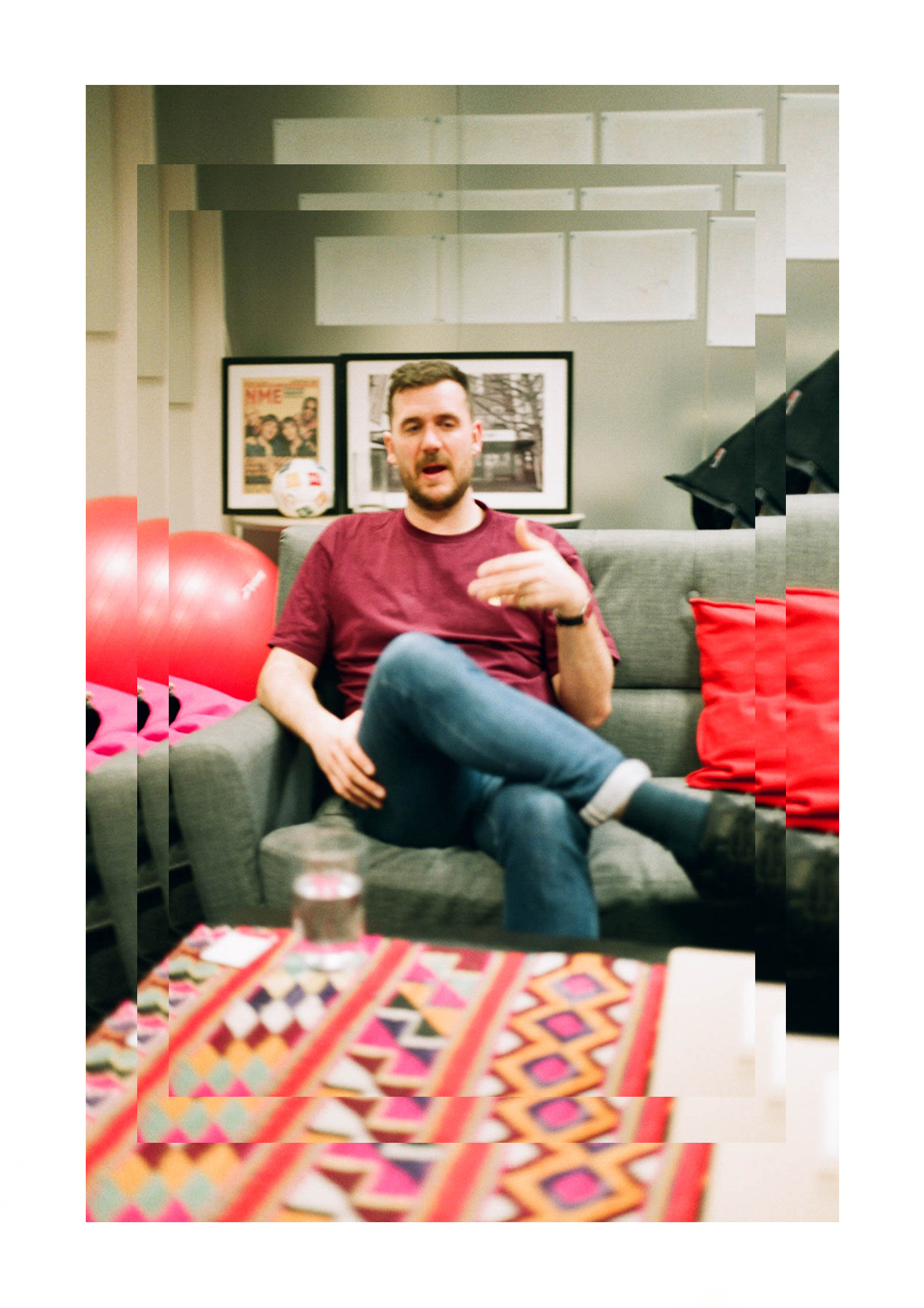 Again, I am very lucky as I work with some amazing people across music, charity, and the creative industries. I don’t think I can pick one person out but a few who jump to mind are my mentor Charlotte Nimmo and Sam Robertson who used to lead War Child’s strategy team. They are incredible at what they do but with real wisdom and humility at the heart of it. I cannot express the impact they’ve had on my own personal development.

The diversity of cultural influences. It’s incredibly unique and it should be celebrated. We’re by no means perfect but London really is special in this aspect and unlike anywhere else in the world.

We’re currently working on a brand-new fundraising platform aimed at the underground dance music community. For me it is the most exciting and initiative project I’ve worked on in my time at War Child. I can’t say much more but keep your eyes peeled we hope to launch the end of this year or early 2021.

I always struggle with these kind of questions as there just isn’t one route or one rule. Passion is powerful and people are drawn to it. Harness it, get to know people, and put yourself out there however awkward it may feel. Keep an open mind and be willing to work anywhere that gets your foot in the door. You might not get your dream job straight away; I’ve done some mad, weird and wonderful stuff in my relatively short career and none of it was part of a master plan. It is all been good as its fed into my experience. Enjoy the journey!