We chat to the guys behind one of Offenbach’s most interesting musical projects.

We chat to the guys behind one of Offenbach’s most interesting musical projects.

I met the two ebullient German producers and DJs in a café located in the heart of Dalston on a bitterly cold and gloomy November day. Better known under their musical monikers, DJ Slyngshot and DJ Neewt, these two guys are behind the creation of one of Offenbach’s most interesting music projects: Yappin’ Records.

The duo first became acquainted with one another after attending various listening sessions at Robert Johnson, arguably one of Germany’s most impressive electronic music venues. After exchanging tracks and talking further, their mutual fascination with music precipitated the establishment of Yappin’ Records. The project was conceived in 2014, during the time when Slyngshot was studying at an arts school in Offenbach and Neewt was studying psychology.

Whilst at university, Slyngshot, Neewt and four friends set up a party called ISO in reaction to the dearth of local nightlife events beyond Robert Johnson and the occasional off-location rave. It was a small, autonomous project that would become a wellspring of ideas and sharing music, housed somewhat illicitly within an old art studio on the university campus. As the six of them were all DJs and producers, they wanted to focus on the quality of the sound, whilst creating a warm and intimate vibe with no frills.

“We wanted to offer people diverse programming and interesting music. A place where people could get in easily without dealing with grumpy bouncers and drinks were only a few bucks. An open, independent and diverse place where we could play any music we were into and book anyone we found interesting. Kind of like Yappin’, in a way.”

Over the course of nearly two years, they had engineered a miniature club; building a DJ booth encased in acrylic glass which protected an expensive Rane MP2016 mixer, removing windows so they could fit air conditioning and even installing a midi-controlled light system replete with vintage bulbs that could be lit in synchrony to the beat of the music. 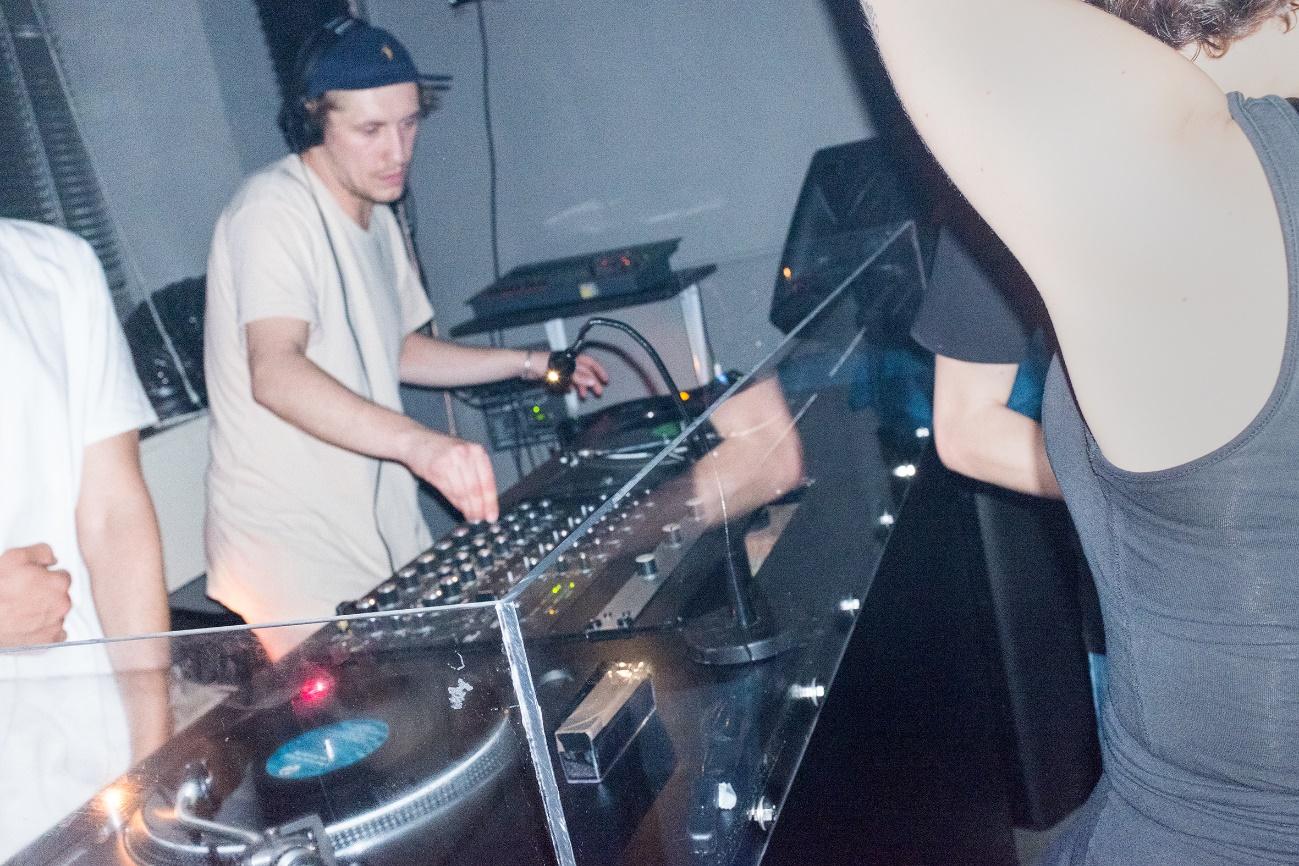 The events had a certain air of art-school flair, with writers tagging the walls and a bar space populated by young artists mingling under a nebulous cloud of smoke. The six of them played as residents in these parties, but they also booked artists such as DJ Fett Burger, Aufgang B, Gerd Janson and Jon Rust, to name a few.

“Even though the project turned out surprisingly high quality, it was still one hundred percent DIY. We had to mop the floors and clean the messy toilets right after all the guests left. Sometimes the party would run until eight in the morning and the first class meeting was scheduled for 10am.”

These early parties, curated in their self-funded and self-made miniature club, gave shape to their label, Yappin’ Records, and spurred Slyngshot and Neewt into pursuing their musical careers further. Through mouthfuls of coffee, Slyngshot explains to me:

"I thought of Yappin’ mainly as a platform to release whatever we were into. Both of us are from a rock music background. We both used to play in bands. So, we were really familiar with the whole home recording, DIY culture.”

At the inchoate stages of their musical careers, the experience of doing band rehearsals with shoddy equipment, home recording their music and playing gigs for meagre fees first established their familiarity with DIY culture. Subsequently, after a period of university research on the rise of 80s cassette culture, the home recording movement and their corresponding sonic aesthetics, Slyngshot was inspired to start a label. In the beginning, before becoming slightly less DIY and having vinyl records pressed, the project fathered six cassette EPs. Slyngshot even printed and cut the inlays at university, alongside dubbing most of the cassettes at home with a double tape deck. 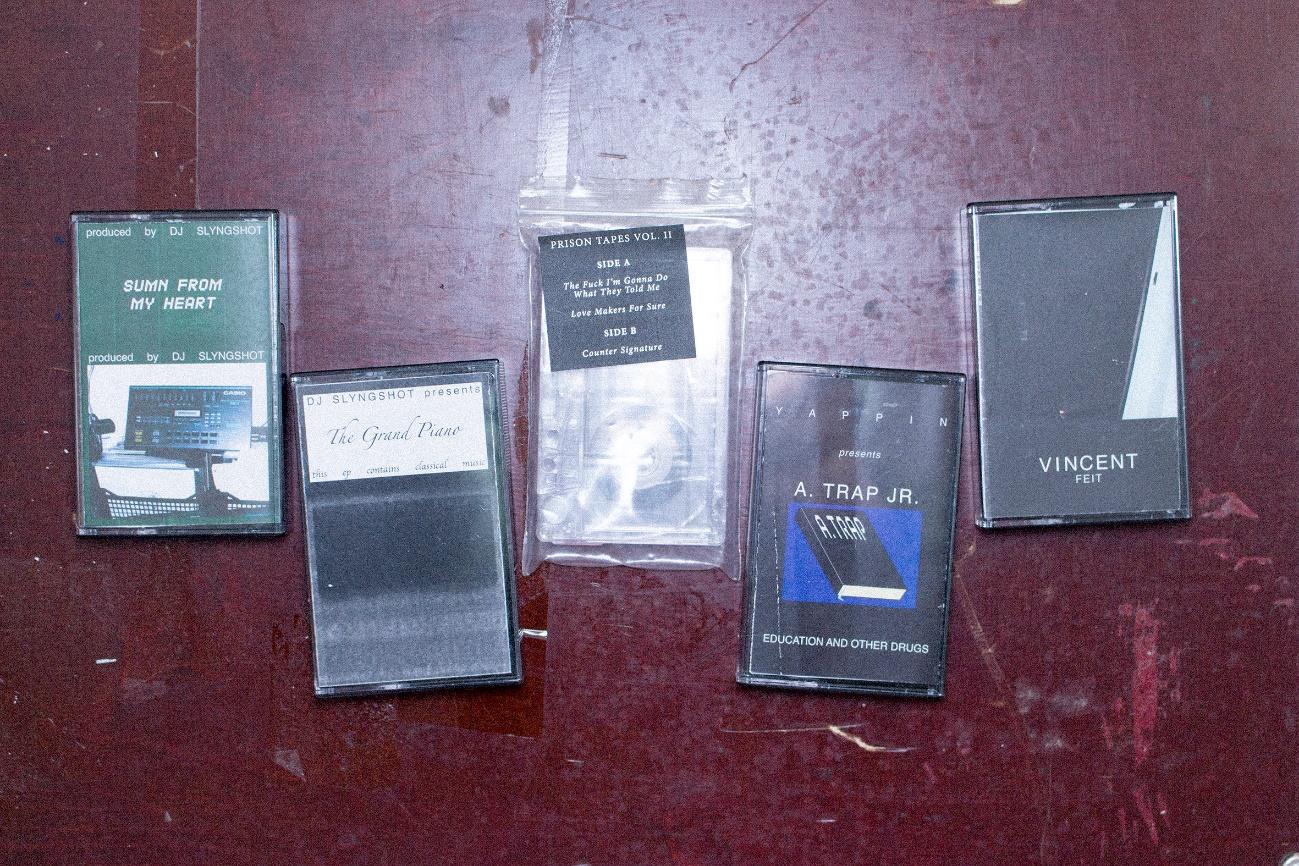 Central to the label’s modus operandi is the production of music within the precincts of home recording culture; embodying a humble, minimalistic approach towards creating dance music. For Slyngshot and Neewt, this means getting friends to do artwork, promoting yourself and maintaining independence from other record labels.

"Trying to work your way around the industry, I guess. In terms of recording and producing as well. Not renting a big, expensive studio with an engineer but, rather, buying some affordable equipment and getting the best possible sound with it."

Coming from a punk and rock music background, which was characterised by this ‘do it yourself’ mind-set, the similar trend within dance music in the 90s really resonated with Slyngshot and informed a great deal of the label’s aesthetic.

Another linchpin to the construction of the label’s sound was the city of Offenbach. Nestled on the left bank of the river Main and part of the greater Frankfurt area, Offenbach exudes a gritty, urban quality cultivated by the historic prominence of the city’s leather industry. It’s also curiously home to a motley array of different cultures by dint of the influx of immigration prompted by the city’s industrial surge during the 20th century.

Intrigued by Slyngshot and Neewt’s romantic depictions of their adopted home city, I probe further, asking if Yappin’ Records is a product of this particularly unwrought, urban environment.

“Definitely. I mean where you live, it's kind of a muse. I mean German cities are so different, for me, the authentic feel Offenbach used to have was a huge inspiration because there are so many different cultures, characters and institutions- you can literally feel how the history of immigration and the diversity of culture adds so much to the city’s charisma. Of course, on a European scale- compared to cities like London or Amsterdam- this isn’t something special, but for a German city, this is pretty remarkable.” 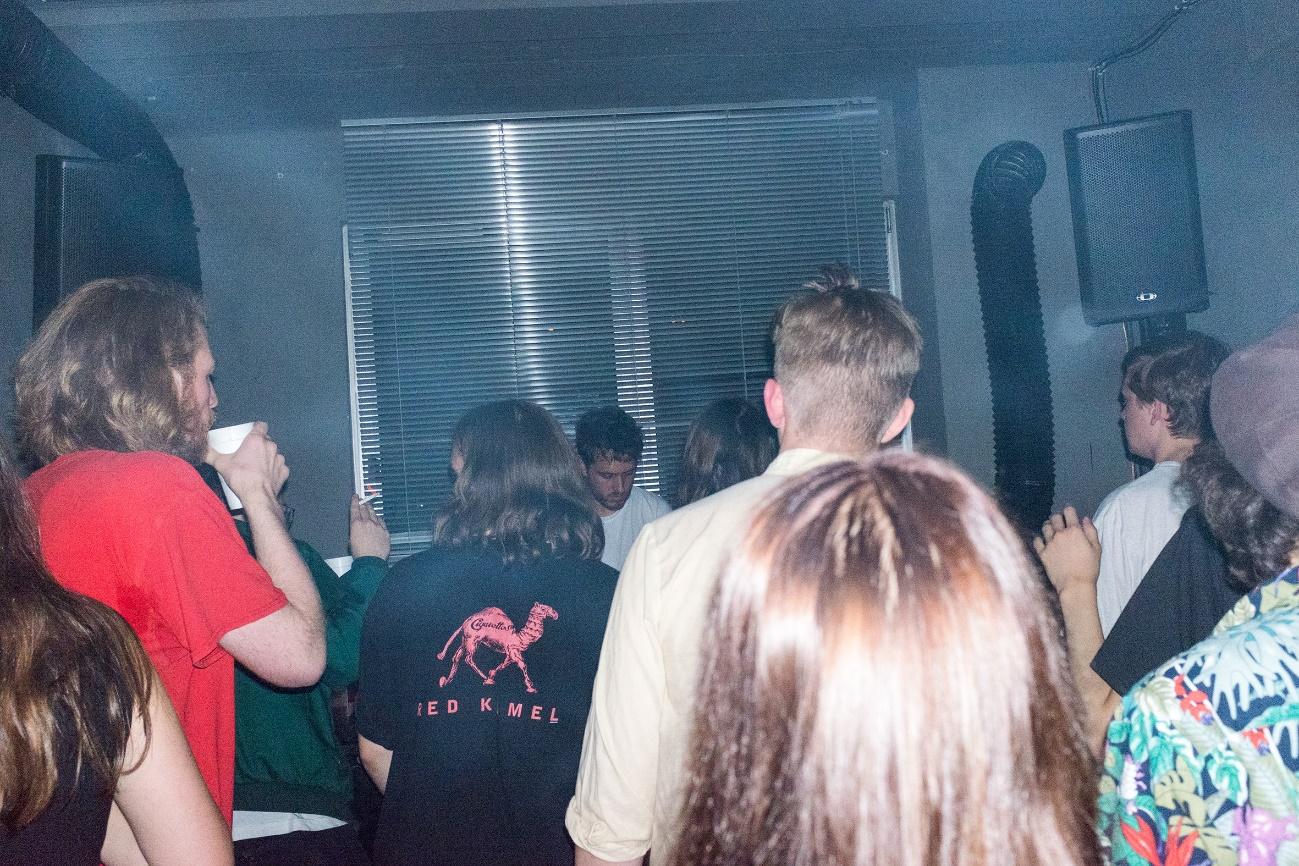 Equally influential in the inspiration behind Yappin’ Records is the beating heart of Offenbach’s electronic music scene: Robert Johnson. This 250-capacity club is renowned for its attention to detail, minimalist design and impressive Martin Audio sound system; acting as a lodestar for many clubs throughout Europe. Through the venue’s varied bookings, venerable sound system and warm intimacy, Slyngshot and Neewt emphasise the significance of this venue in providing them with a “musical education”. Before moving to Offenbach, the pair admit that they were not well-versed in dance music, but it was the exposure to unpredictably eclectic sounds in Robert Johnson that gave rise to their voracious passion for discovering new genres and delving more deeply into dance music.

These mixed influences come together to give shape to the artistic vision behind the label and their work as producers; a vision that is inherently hybrid and constantly evolving, not bound by style or genre, only by their attitude and aesthetic.

“With Yappin' it's never been about a specific genre or type of music; it was more about the aesthetic. Even the sonic aesthetic of home recorded music. It could be breaks or house or techno, or more organic stuff, like funk or it could have been even rock music. There were never any roots, it's just this project. That's the line, it's more about self-made music."

The forthcoming EPs on Yappin’ Records are the quintessence of this ethos, simultaneously paying homage to the label’s gritty DIY roots, whilst demonstrating their desire to evolve as artists through the exploration of different styles and sounds. These upcoming releases mark an interesting creative evolution for the artists; replete with deep brooding basslines, incisive acid textures and warping psychedelia, they conjure much darker and more immersive soundscapes than previous releases like New Era or Biotope Trax.

“As a label, and as producers, we are always progressing. It's important for us not to stagnate and just have one style for a fucking decade. We are always changing interests and discovering new genres of music.”

Herein lies the earnest appeal behind Yappin’ Records. It’s a musical project that places a ‘do it yourself’ attitude at its core, whilst exporting a sound that is informed and enriched by a panoply of styles and genres, merely bound by an undercurrent of gritty urbanism. The result is something uniquely unpredictable and diverse, which resurrects a latent curiosity to discover new sounds throughout the meandering miscellany of the musical world.