Sitting down with map.ache and Sevensol for the how and why of KANN Records.

Sitting down with map.ache and Sevensol for the how and why of KANN Records.

To the outside world a picturesque tourist hotspot teeming with sites of historic, cultural and artistic interest, Leipzig is, when the night rolls around, the place where KANN Records lays its hat. The project was born ten years ago of the mutual encouragement and support of three friends: Jan Barich, Alexander Neuschulz and Dennis Bender, respectively map.ache, Sevensol and Bender. I caught up with Jan and Alexander in an effort to discern how it is they so quickly developed such a knack for A&R - the understated euphoria of Sevensol and Bender’s Live at Coloseum and the progressive groove of the enigmatic Efdemin’s Plenum are among the label’s first releases -  and how they feel as “house music Grampas”, as Alex puts it, ten years on from KANN’s first release.

“They met in school and began throwing parties together in school”, “yeah, in like, a suburb of Leipzig” Jan and Alex reveal in turn. Jan is referring to Alex and Dennis, the absent member of the group. I’m sure that this lifelong relationship is responsible for the ease with which the three were able to transition from friends to colleagues; a transition usually marred by turbulence, particularly in creative and more subjective fields. They accredit a youth centre and, in particular, the thriving Hochschule für Grafik und Buchkunst Leipzig (Academy of Fine Arts Leipzig) and its surrounding community for cementing both their friendships and their love of dance music. Of the Academy, Jan says “they were always doing good parties. So, this time… they weren’t that typical of other club nights at the time. They trained us to be open to all kinds of music. When I first played there it was some mixture of hip-hop, nu-jazz, ragga…” Alex interrupts. “I was working at a record shop at that time, and soon enough, we were just all invited to the same party. Back then, around 2005, the club scene was good but we were also looking for what it was that we found the most interesting. What we played wasn’t straight house, and we wouldn’t really plan a set.” 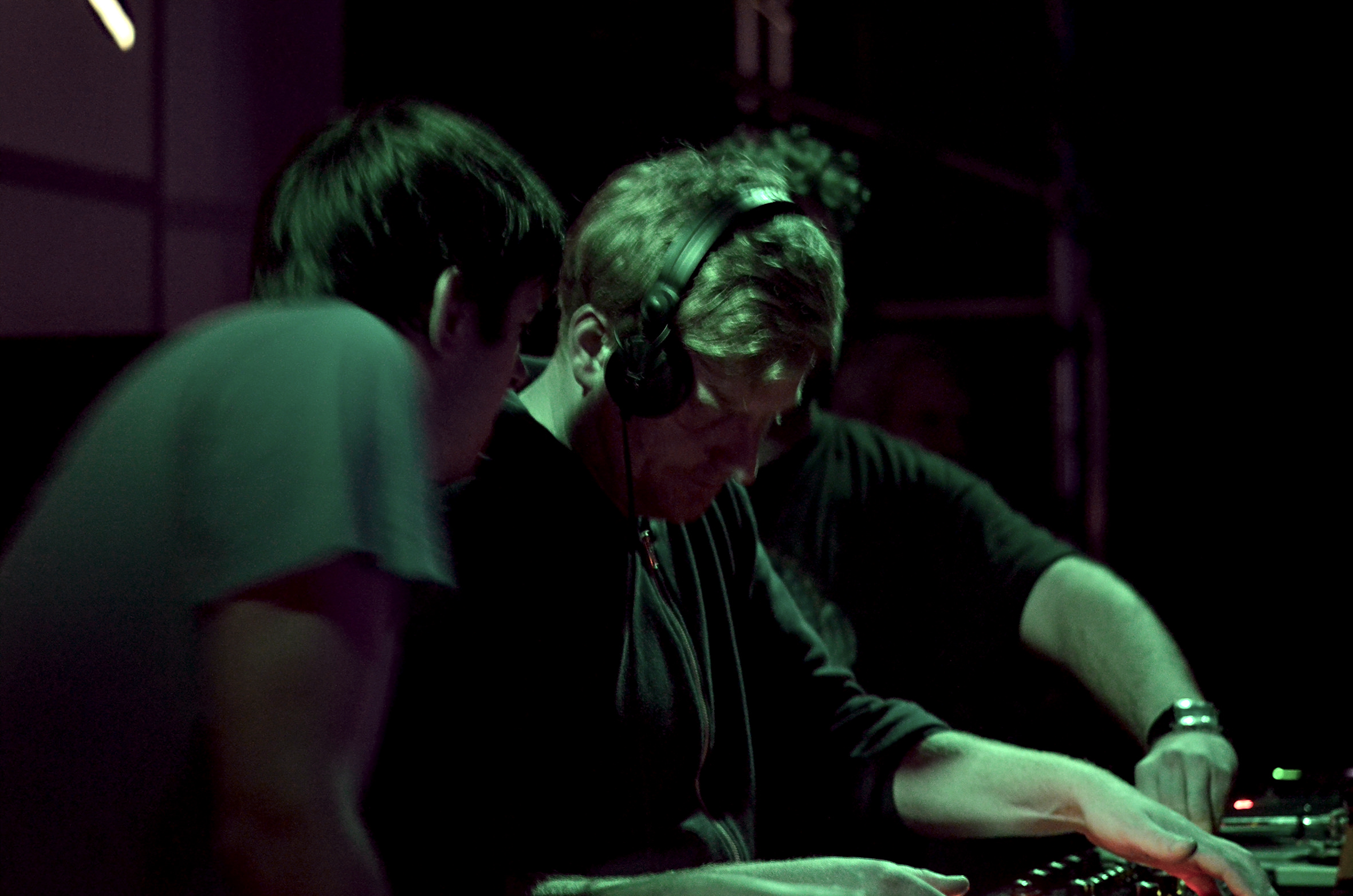 So reads the beginnings of the friendships that formed KANN; as humble and as unassuming as any. When they first met, Alex was really into hip-hop, Jan liked punk and post-rock. They compared notes. KANN doesn’t demonstrate a ‘disregard for genre’ in the vitriolic, journalistic sense, so much as a regard solely for that which its operators are into at any given moment. This is how that started.

I’m still keen to know why it was running a record label specifically that they chose to undertake. They’d already put on parties; did a label feel like an obvious next step? Jan answers first: “Alex, Dennis and me as well were producing already, but we weren’t sure - or maybe, not confident enough - to send our tracks out to people. I always use Dial Records as an example of what we felt inspired to do. They always said to do your own thing, have your own space, and you can do what you want. We wanted to create in space in which we could keep our freedom.” It seems as though anxieties surrounding the reception of the group’s early productions manifested in the most positive way possible. They namedrop deep house label Smallville as another inspiration, but note that it lacked the notion of a DIY ethic that appealed to them as friends first. These influences and ideas combined, and just like that, KANN was born.

“There was good attention from the start, maybe because of the time,” Alex explains. “To look back and have the past provide a kind of overview, I think it was the right time for us.” Jan adds an element of practicality to the hazy-eyed nostalgia: “Also, this 90s revival thing was beginning, so we were able to sell a few thousand records.” Alex takes over. “We were just really impressed by the music of each other. We began and we had this compilation of stuff, and I remember after we spent a long time discussing whose EP should come first. So it was a mixture of things. We started a label because we wanted our friends to make music, we already had this small family.” 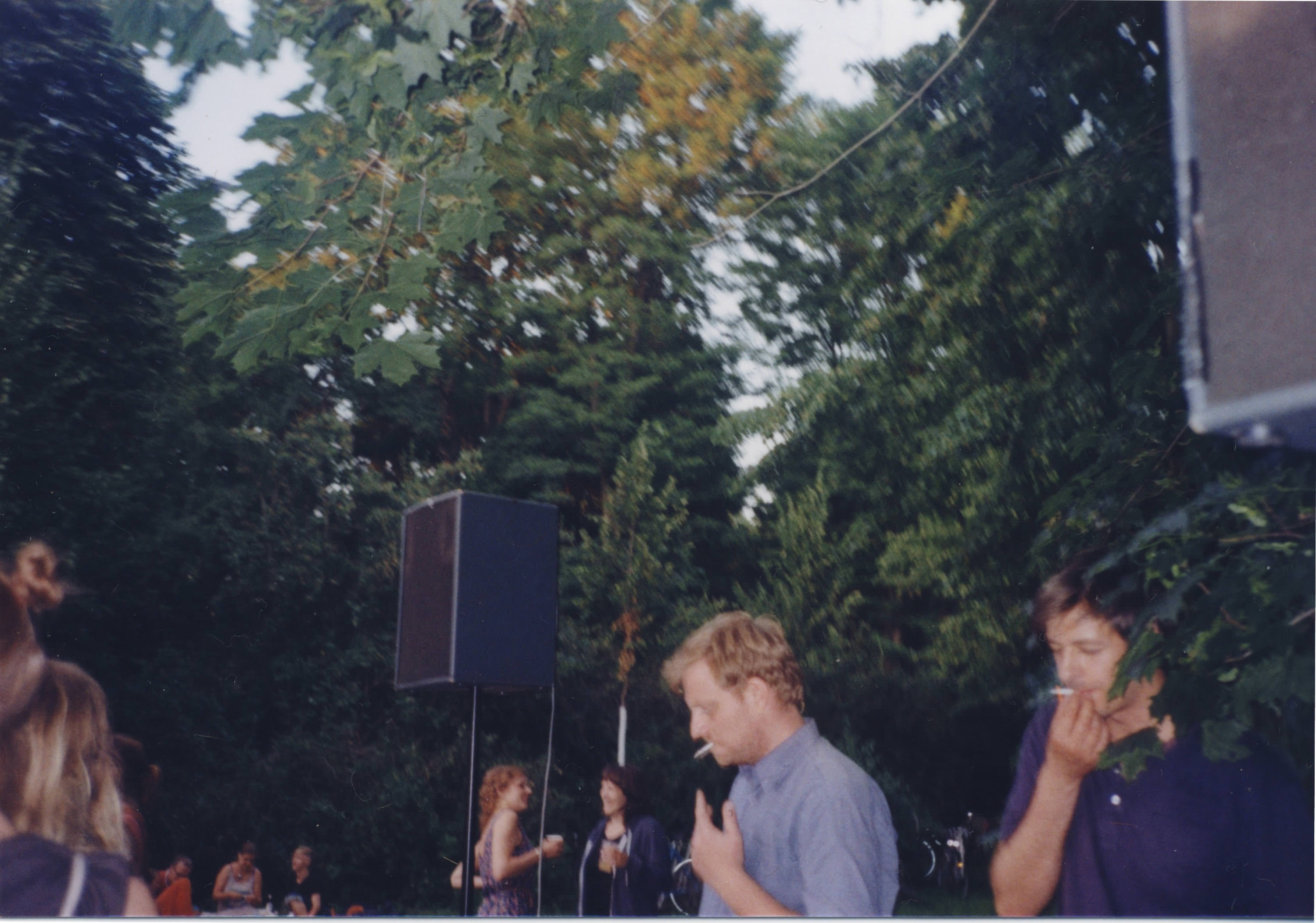 Jan describes a non-specific “characteristic” as the element they look for when signing new music. The understanding nod Alex gives is sufficient testament to how well the duo works together; Alex knows exactly what Jan is referring to. “The track doesn’t even need to be well made”, Jan says. It’s this element which has made KANN a suitable home for artists outside of the crew like Daniel Stefanik, Sven Tesnadi, and Polo. Music from closer to home, too; for example, an EP by Falke, ‘the unseen hermit of the KANN clan’, according to RA. Here lies the explanation for the various iterations KANN’s output has assumed over the years. “We thought also about different strata and the notion of having a ‘sound’. With other labels, people follow a sound, but with us, it’s a case of ‘if you like this, then you’ll probably like this’. The next release will be different”, Alex adds.

Excitingly, this means that, in theory, KANN could last forever; to have a foundation built on a friendship solid enough to forego the crudest hype-based calculation sounds to me like a working model as sustainable and fulfilling as they come. To put it crudely; you can’t get bored of what you do if ‘what you do’ is never really one thing. Alex and Jan know this and are grateful for it. To be continually building on this foundation a decade down the line is remarkable; this year, in celebration of their 10th anniversary compilation Family Horror X, Jan, Alex and Dennis are hosting a special showcase at Nachtdigital’s Tent Stage, a relationship which arose from “again, a big Leipzig story. We met Steffen Bennemann - he was a proper local - around the same time we started DJing together, and he booked us to play one of his parties. This was really exciting because a proper scene here was just starting. We opened the Tent Stage on Saturday, in 2008.” This year, they will endeavour to curate the perfect summary of what KANN stands for with their showcase. How that could manifest, though, is anyone’s guess, given their attitude to curation. The only guarantee is of a great time.