Murky, wistful and weird, Atlanta's cassette releasing Harsh Riddims are making outsider techno and soul for the waviest of parties...

Murky, wistful and weird, Atlanta's cassette releasing Harsh Riddims are making outsider techno and soul for the waviest of parties...

There's something strange going on in Atlanta. Whilst the big names from the city have been wilfully rupturing the American mainstream with bizarro hip hop - the likes of Young Thug and Rich Homie Quan redefining just what constitutes a pop record - there has also been a weird underground of immense fertility bubbling away under the radar. Kids who've grown up with the gloopy syrup of hip hop icons such as 3 6 Mafia and the So So Def label have been gradauting to writing murky analogue electronica and outsider RnB, tracks that have as much in common with DIY electroclash as they do anything you'd hear on Hot 97. Harsh Riddims (or 'Harsh Riddims Blood Sucking Cassette Co.' to give their full name) is one of the labels supporting this scene. Run by producer Fit of Body, HR have put out 11 albums over the past couple of years, all of which have long since sold out.

Soundwise they leap from chaotic techno to hissy electronics to fucked up soul jams - the one constant is a sense of adventure entirely at odds with the dull linear plod of commerical dance music. With the hiss and crackle of machinery easy to hear in the grooves, the tracks fizz with the energy of early Detroit and Chicago, where ideas were more important than polish, and rules were someone else's problem. We spoke to label head Ryan Parks to find out more...

How long have you been operating for?

Can you tell us a bit about whoever's behind Harsh Riddims?

It’s just me, but there’s input from friends and the artists that are down to release with the label. I make a lot of the art, which has been really rewarding. I also record music under the alias, Fit of Body. 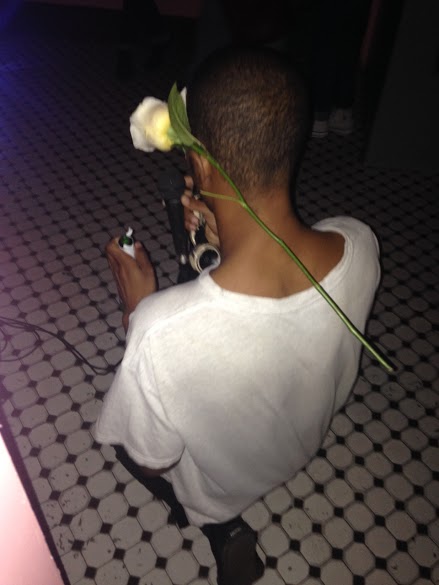 Where are you based? Does it have any effect on your music?

I’m operating out of Atlanta. The city has a huge impact on the music I make. I love Virgo, Xscape, all the So So Def era artist. TLC is from Atlanta. We make the best rap, and that’s everywhere here. Atlanta is a fairly easy going place to live. The city does seem to be going through an awkward growth spurt, but it’s pushing the artists living here and encouraging new ones to move in.

Do you think someone could hear a So So Def influence in your music anywhere?

Absolutely, these two tracks in particular:

Tell us a bit about the artists you've released? Are they local?

A lot of the artist are my friends here in Atlanta, but there’s national and international artists in the catalogue. I spend a lot of time sifting through sound cloud, and reaching out to artist I dig: whether they be in Atlanta or not.

I’m not sure. I don’t think my group of friends are organized enough to be considered a scene. However, we do play shows together, collaborate, and release each other’s music: that might mean something. 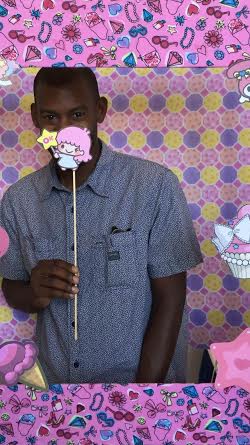 Are there any clubs that play your music locally? Or places where Harsh Riddims artists can perform live?

Mammal Gallery has been really supportive, Go Bar in Athens [Georgia] as well. My favorite place to book shows here is a place called Down House. It’s a thrift store/music/art space in the middle of downtown.

Why release on cassette?

I feel like the music deserves a physical release and tapes are fairly easy to produce.

How would you describe the labels sound?

The releases tend to be electronic. Some of it is club ready like REKchampa’s and Divine Interface’s tapes. Some of it is rougher and noisier, like Eiliyas’ the Crimson and the Indigo. It’s more dependent on my personal taste then genre, but I strive for continuity between the releases.

Not Not Fun is huge for me. Their taste in artist and their aesthetic had a huge impact on me when I was a teenager. I love Italians Do it Better. Recently, I’ve been in to this label called Antinote out of Paris.

In terms of artist, I go through phases. I’m having a Molly Nilson moment right now. I’ve also been listening to a lot of Leonardo Martelli, Kehlani, Beach House, Jandek, and of course, [Young Thug's] Slime Season.

Seeing your in Atlanta do you have any links to the Awful Records lot? Or is that a really annoying question?

Not at all, Awful is tight! I’ve known some of those guys for years, so it’s cool to see them doing well. On HR1 there’s a Father track called This Everyday that’s really good.

Do you write stuff on analogue equipment?

I do record with analogue equipment, but I use Logic to arrange and mix. My set up is a bit off, most of it is probably broken. I’m really attached to the gear I’ve collected over the years, and I can’t throw anything away until it’s completely ruined. I recently tried using a “newer” synth, and I couldn’t make it work.

Send us an image that sums up Harsh Riddims

The flyer for our next party!

What 5 tracks/ releases best sum up the label?

1. Nima’s See Feel Reel - I still listen to this album in complete amazement. It’s the flagship release in my opinion.

2. Broodlings’ Champagne - I wish I could have released an entire project from them. They were my favorite thing in the city before they disbanded.

3. Divine Interface’s Bare All - This guy is my best friend, everything he does is literally golden to me. He’s also an amazing DJ!

4. B L A C K I E’s Hot Livin N Tha South - This was the first song on our first release, and I can’t imagine a better way to start things off.

5. RAMZi’s Free Houti - I seriously couldn’t believe this when she sent it over. I recently put a snip of it in a mix I made, but I can’t wait for people to hear then entire thing.

What have you got coming up next?

Our next release is a compilation, Harsh Riddims Volume Two. I feel like it’s a good indicator of the label’s sound and direction.There’s tracks from Love Letters, Andy Rantzen, TWINS, Babi Audi, Takahiro Mukai, Koras, and a bunch of other rad folks on it. As far as personal recordings go, I just finished an EP for CGI Records.

1. A debt free existence for myself and the fam
2. I’d like Alex Olson to make a tape for the label
3. Free Planet Bombay [Indian Restaurant] everyday, for life

Check out Harsh Riddims on Bandcamp for new releases and merch...