Artist To Artist: Visionquest To Heidi And Benoit & Sergio

We've got a Christmas Artist to Artist special for you today people. In advance of the massive, already sold out LWE New Years Day party at Tobacco Dock, we've asked the lads from Visionquest (who have a 3 hour set at the event) to interview both Benoit & Sergio – also playing NYD – and Heidi, who will be spinning at the official after party. There are still some tickets left for the after party, where Heidi is gonna be going back to back with Maya Jane Coles and Kim Anne Foxman, which as I'm sure you can imagine, will be immense. Tickets and info over here, in the meantime we'll hand the reigns over to Visionquest, starting with Lee Curtis asking Heidi, quite simply, the only questions that count… 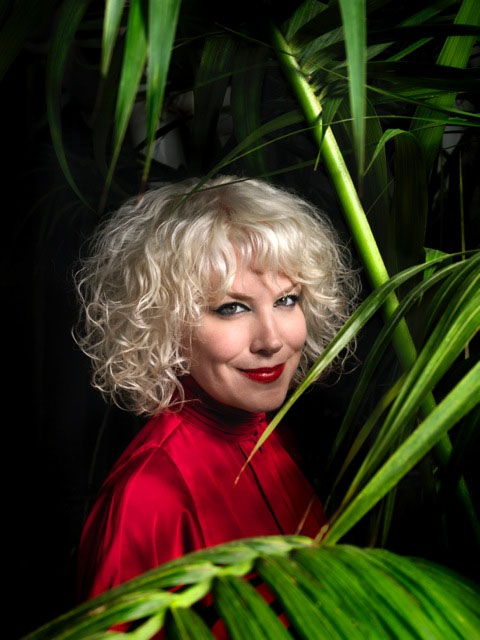 Lee: How do did the recent speaker pushing incident involving your fellow Canadian make you feel?Do you believe it's related to performance enhancing drugs and/ or a Canadian curling flashback gone wrong?

How Important would you say your outfits are to your performance?

By the looks of my closet I would say a very high level of importance. Facebook ruined the recycling of outfits. I remember this person came up to me at a gig and said every time I see you DJ you're wearing that dress. I was like…..you're stalking my pictures on facebook because I haven't worn this dress in 2 years. Haha. So now I realise why everyone always wears black. It's easier. No need to think. The techno uniform……Wham bam thank you man.

Is it true, everyone who stays the night at your house, gets dressed up like Prince, and forced to perform?

Well that depends on how many bottles of wine we have a dinner. I now have a Rick James costume in my closet. So depending on my mood you never know which 80's pop star you're going to get. It's better than any face transforming app on the i-phone. This is live and direct in my lounge. Laughs for days.

What is the weirdest thing a fan has ever said/ done to you?

There is this woman who has been pretending to be me.  She says she is me to get into gigs of mine (even though I'm already there) and other places. Once she gets inside she walks around in the crowd & people think she is me because she has blonde curly hair. She takes pictures with fans. She even started a relationship with a guy pretending to be me. It was psycho business. I kept getting tagged in photos on instagram and twitter etc. I was like….really? This woman looks nothing like me. I eventually confronted her because it was creeping me out. Let's just say I don't think we'll be seeing her again anytime soon (I hope!)

If you had to marry all of the members of Visionquest, how would you propose?

And now over to Shaun Reeves grilling Benoit & Sergio…. 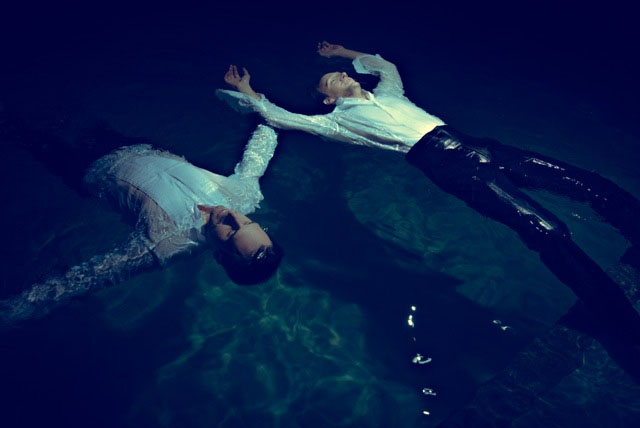 Shaun: Do you find your pop sensibilities have had a strong effect on your following in the Scandinavian bathhouse circuit?

Haha. We hadn't heard about the Scandinavian bathhouse circuit but we know that some studio outtakes would be suitable for cosmos documentaries or japanese anime about a selfish god using the sun to seduce a girl.

Would you say your time on the road has lead you to have a greater appetite?

Definitively. Literally, as it compensates for a famishing way of life. And figuratively, as it grew our appetite for discovery and experiences. For example, Benoit enrolling in WWE is a direct consequence of traveling – as well as Sergio starting harp lessons in Sri Lanka.

Where in the World is your favorite place to grab a snack?

Snacks are for non-driven people. There is no such place for this kind of distraction.

Your home is on fire, you can only grab three of your favorite sex toys…would you put on loafers or sandals?

Loafers yes – as any mid 30s respectable person would be.

You've been said to have one of the most intimidating agents in techno, how much do you reckon he bench presses?

Our agent bench-presses skyscrapers for breakfast. In fact, Godzilla is inspired by her life story. A true legend in the scene, saying her name will inevitably causes nervous spasms to any promoter, and their phones to be shutdown.