The relationship between music and art is a prominent one. Creatives have often sought to design and recreate a visual representation of sound and vice a versa. The results can be mixed, sometimes an artist has the capacity to perfectly capture the essence or nature of a particular piece of music, other times it can be as far removed and different to the imagined construct, causing a disconnect and challenging a preconception. This is all part of what makes the relationship fascinating.

Robert Dietz unveiled a record called "Schnups" on Frankfurt based record label Live at Robert Johnson earlier this year. It was then reimagined and released alongside art and visual accompaniments by Claudia Rafael who over the years has used her work to focus on "technology, extended and mixed realities". The pair are friends and rather coincidentally live next door to one another. As such a collaboration on the project was brought to life.

The video for "Swallowing Tubes" is perhaps the most impactful piece to emerge from their collaboration, a futuristic, utopian vision in which nature dazzles in beautiful technicolour.

We invited the pair to talk about the collaboration...

Robert Dietz: Since you work with different digital tools and have just created a video for me with AI technology, I am of course very interested to know if AI art is the most exciting topic for you in the digital world.

Claudia Rafael: AI is indeed a super exciting topic for me. I've been making art with it for about 2 years now and the possibilities and the development in this field are constantly growing. There is also a great community that shares knowledge and from which you can learn a lot. Driven by my curiosity about the latest digital tools, I feel it is essential to keep an eye on technological developments, to deal with them, to question them and to use them at the right moment.

I’m always on the lookout for new workflows, plugins and tricks that enrich my work. Just being aware that something exists that I may not have used before helps in developing projects and realizing ideas.

R: The video is not only sound reactive but its unique feature is the creation of the images shown. You worked with a special text to image GAN that generated this psychedelic world.

Tell me more about the creation process and your idea behind it.

C: I discovered this specific GAN lately and I’m absolutely fascinated about working with it. Fed with text it is able to generate diverse high-resolution images based on funds from the internet. How the AI interprets the text is partly controllable, but on the other hand also very open. It is almost like having a partner in the AI that collaborates with you.

R: Watching the video you have the feeling of losing yourself completely in the hypnotic sequences. You think you recognize things and forms, but they are completely alienated.

What story did you turn into images and why does it seem so abstract?

C: While listening to the song, I tried to put my feelings into words and fed the AI with these.

It felt like flying through an otherworldly digitopia. There’s a certain beauty in the track but also a rough counterpart. From these ideas I defined the look and the AI created these abstract shapes flying through an infinite zoom.

R: It’s like closing your eyes and dreaming to the track. But the dream has become visible and you can share it with everyone. Do you think this kind of video is the future and what would be the next logical step with this technology?

C: You will never be able to completely replace the creativity of a human with AI, but the interaction of the two does indeed open up new production techniques and a range of further creative possibilities. 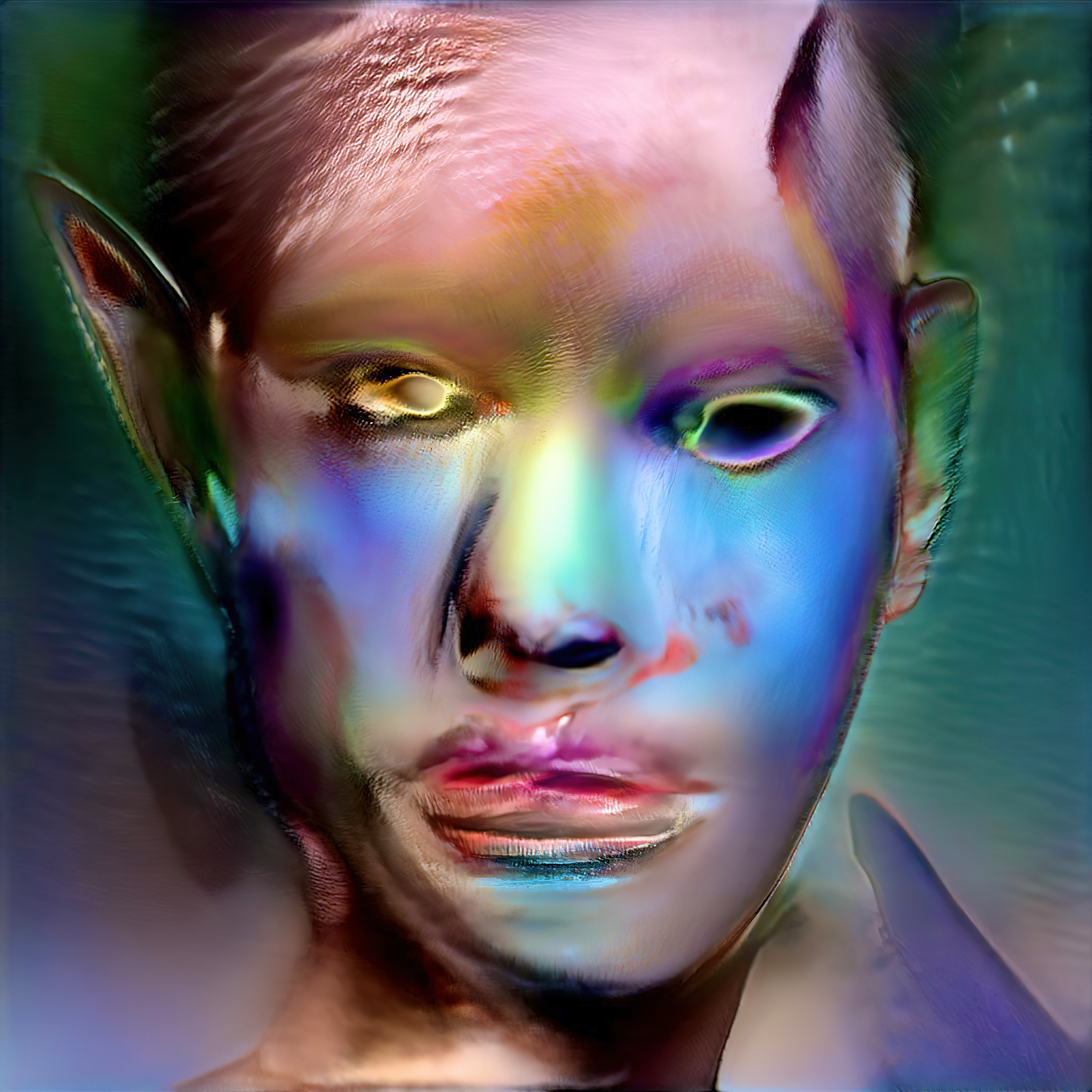 R: I am very happy not only to release this video but also to work on other projects with you.

What are your upcoming plans?

C: There are other projects for art and culture where AI plays a big role, also in its variety.  In our video, we work with AI that creates visuals from Scratch, but there are also other pieces where I work with a pre-created data set from videos or photography. I love creating record covers and visual projects with new technologies for electronic music and I'm very happy and grateful to collaborate with such amazing artists like the guys from Innervisions, Daniel Avery and you.

I am also very interested in Mixing Realities that bridge the gap between the virtual and physical worlds as an evolution of augmented reality.

As a visual person, your track really inspired me to go in this particular direction. What made you produce it and how would you describe it from a sound perspective?

R: I produced this track shortly after I moved into my current flat next to yours.

Unfortunately I can't say exactly what the actual inspiration for it was, because I tend to be guided by feelings and momentary images. The best things happen when you can let yourself go and forget everything around you. the machines are running and you just record.

That was the case with this piece of music. The chord progressions on this track are very dreamy, have an IDM aesthetic but the 303 bassline creates the hypnotic feel.

I also used a microphone to record myself and my room running back and forth between the machines while working on it.

C: You produce your own music but also sound for visuals projects and animations, mainly in the field of fashion and art. Would you say the track is basically your style and how do you incorporate it into your sound design projects?

R:  I would say that the track totally reflects me as a musician and producer. Although I'm constantly trying out new ideas and aesthetics, because I get easily bored, everything takes place in the electronic universe, either for the club or for home pleasures. About two years ago I started working for visual projects too, when friends of mine needed music and sound for their animations and productions for fashion brands. It's great when you combine your music with the visual ideas of others and when you are able to give more depth to images and intensify emotions. 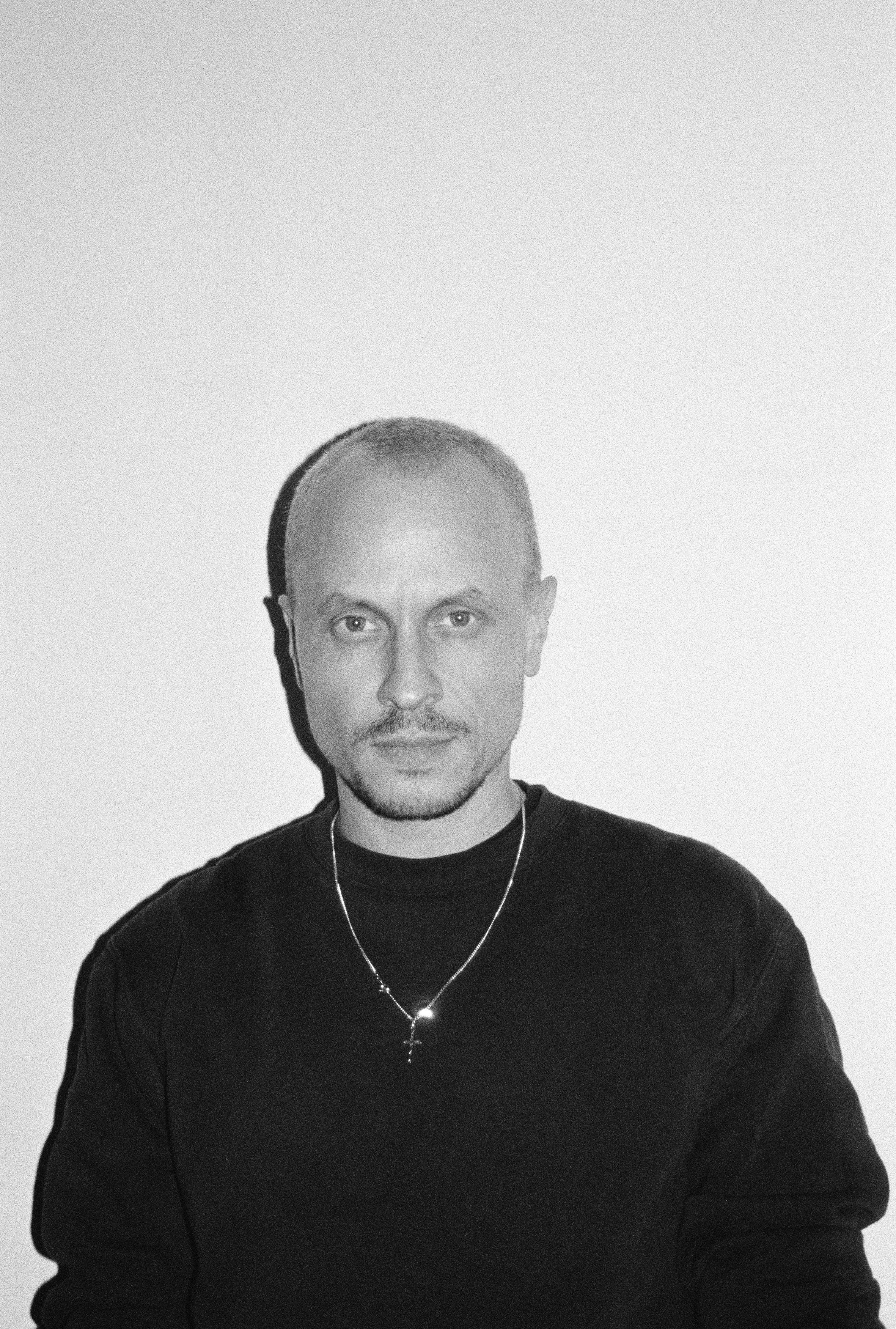 C: You have gathered a very nice portfolio over this short amount of time so far. Is it something you are going to do more often in the future?

Relatively quickly I realised how much fun it is to make music for moving images and animations and what an interesting challenge that brings.

In the meantime, it has become a second mainstay and I am happy about the many different demands and projects coming in every week. It’s definitely something I will put more focus and energy into in the near future. But I won’t lose the focus on my own music and productions.

C: We decided to offer our work as a NFT on Foundation in October after it premiered in FACT magazine on the 29th of September. Do you think that releasing digital art is still promising for artists?

R: I really like the parts of NFT that foreground the support of artists directly, and I love seeing whole new forms of art flourish in a new medium.

I think it’s indeed very promising, especially in times of streaming, where record sales are decreasing, it’s a very attractive new way to sell your work. NFT releases offer one unique benefit to artists of all stripes, the ability to write smart contracts into the code, which can help split up royalties more fairly among contributors and enable an automatic cut of resales. Your music, for example, can be offered as editions. Tickets for concerts, as well as bundles, merch together with visual art, all this will be available as NFTs in the future and makes music and art a digital collectable item.

C: What are your upcoming projects, can I look forward to a new EP release soon?

R: I’ve gathered a couple of tracks for VA Eps on One Eye Witness, Kitjen and The Press Group which are coming out in the next two months and I’m currently working on a new EP also. So please be ready to make a video again. :)

Beyond the club: In conversation with Cleveland and Nathan Melja

The Kalahari Oyster Cult producers talk artist residencies, inspirations and their passion for creating music beyond the confines of the dance floor.

"Creativity is one of the four most important things in my life. Those are freedom, love, creativity, and health. And since creativity is among those four things, it’s no way without that in my life."

The South Africa to UK connection: In conversation with Scratchclart and Mxshi Mo

"It would be nice if everyone wanted to just open up and explore. Let the genre expand and see how far we can push it."