The last twenty years have seen a strange transition in both the musicality of Amsterdam and the landscape of the city itself. A new wave of musicians and cultural connectors have adopted to the sprawling canals, the vigorous love of cycling and the backstreet coffee shops. Many were inspired by the burgeoning scene which led to the rise of Dekmantel, Red Light Radio and Rush Hour. However, with the city now very much a brand in itself amidst the electronic music community – has a new influx of attention altered the perception or state of mind of those who built it as such?

Juju & Jordash have been a consistent presence within the undercurrent of the Dutch capital for several decades. Each of them remain as vital to the musical heritage of the town as ever, maintaining an ethos which is becoming increasingly singular as the rest of the city booms. Since the 90's the pair have worked collaboratively on music which has never aligned itself to one particular state or scene. Having played in an array of experimental groups, jazz bands and unruly constructs the pair first released music as a duo in 2004. Their first EP, titled "The Hush", was not released by any Dutch label but by Psychostasia Recordings, a record label run out of Detroit by Reggie Dokes. Following this they then contributed to the likes of Real Soon, Ropeadope, Ferrispark and Aesthetic Audio. It was several years until they first appeared on the now internationally recognised super label Dekmantel.

Fast forward to the present and a lot has changed. However the outlook of Juju & Jordash remains much the same, this year they released their sixth album on Dekmantel and remain as prevalent as ever to the pursuit of forward thinking, genre defying electronic music. "Sis-Boom-Bah!" is an  exceptional assortment of abstract experimentalism, house, ambient, techno and ethereal soundscapes from beyond concious thought. As Amsterdam celebrates a new lease of life so too did Juju & Jordash seek to reinvent their musical process. When asked about the new concept Jordan explains:

"It wasn't really a concept, per se – it was more of a different approach from previous LPs. For the first time, we separated the recording from the production processes. We did this because we wanted to capture something in the musical performance itself instead of relying on fancy editing or production tricks. We wanted to record more of a groove-based album. What I mean by that is to capture a human groove. The unquantized human funk. The little fuckups and then the balancing act musicians pull off. We tried to approach things with our musician hats on rather than our producer caps. So after Gal and I recorded all the songs properly and had all it all down tight, I took it upon myself to produce the album on my own. Which is also a first. Other albums we produced together."

The result of this is a hugely interesting construction, reflective of the nature of creative human spirit as opposed to the precise intricacies of machines and processing. Perhaps this is the result of the commercialisation of Amsterdam, a city which has been a home to the pair for a long time. As the rest of the city becomes a shiny new hub the pair sought to place a more "human" emphasis on their own creative outlet. Jordan comments on the time spent in the studio.

"For this album, to keep things fresh, we recorded all the music together in the studio during a few intensive weeks and then I spent a whole year obsessively mixing and producing the LP alone in the studio. I nearly lost my mind. Maybe it was beneficial to the album, but not my mental health.
Maybe a decade ago we needed to spend 24/7 in the studio together to get to the point where we were on the same page, but we barely need to talk music at this point. Gal and I play live very often, so by the time we get to the studio we know what we need to do. We don't need to spend hours building inspiration. We can just plug in and play." 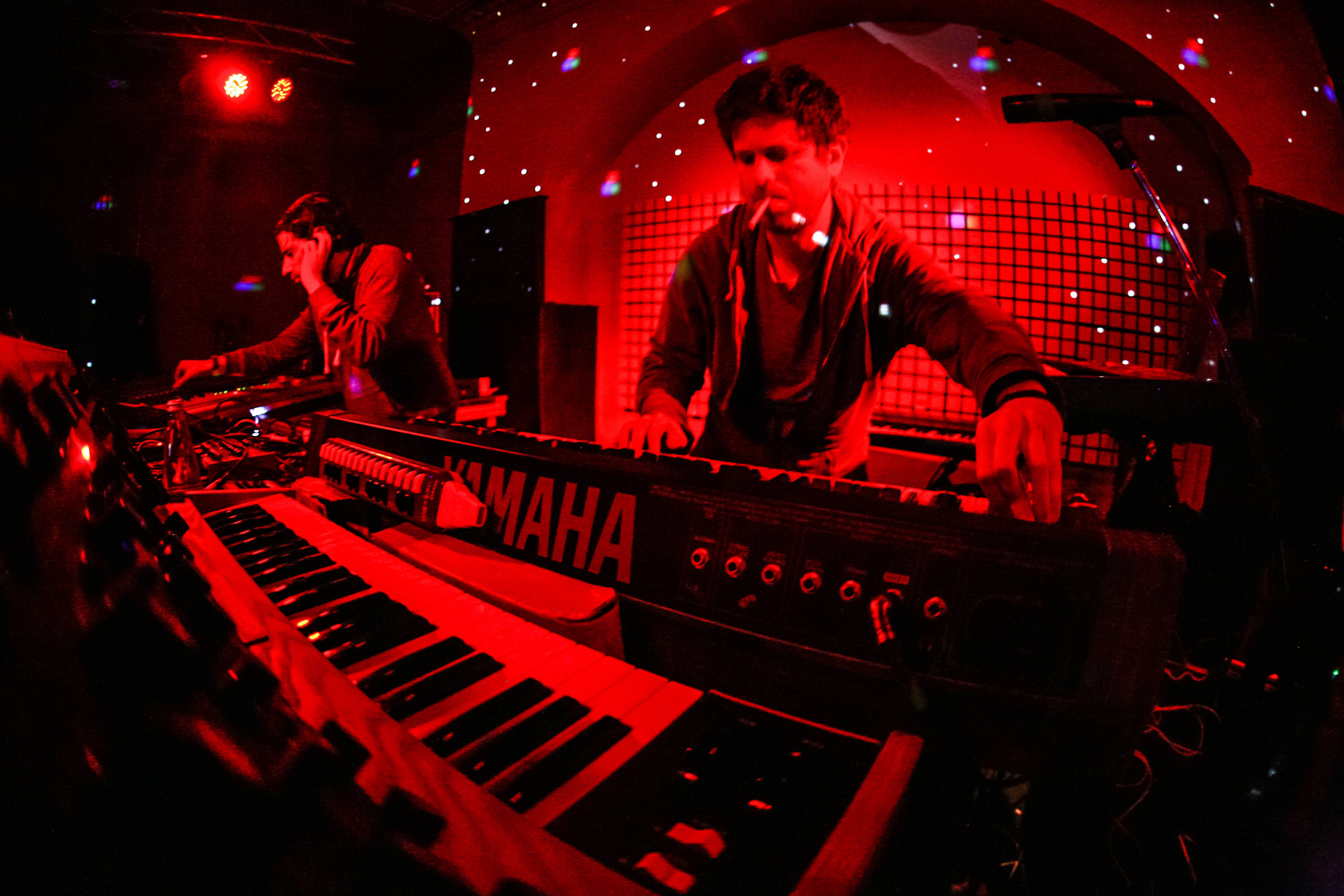 One of the most inspirational aspects of the Juju & Jordash project and of both Gal and Jordan respectively is their commitment to the underground. They have maintained true to themselves, their own tastes and what brought them to this point in the first place. Others, not so much. Gal pokes fun at the nature of the music industry joking that "it's a long way to the top if you wanna rock 'n' roll." However, there is a poignant truth to follow…

"With a good haircut and a constant smile you can make some shortcuts."

It is such shortcuts which the pair have refused to take. Instead they have placed emphasis on originality and the distinction within their sound, caring less about what others think and more so about what they could be doing to better themselves. Gal explains the ethos of the duo.

"We try to keep it fresh and differentiate records from each other. It’s certainly more fun than sticking to one formula."

Jordan qualifies this, highlighting a need for his creative process to remain a seperate entity from his day to day personna. A feat which many musicians, dj's and artists are unable to achieve.

"One of the nice things about art is that it allows you a space to be an idealist in without actually risking too much. I'm not a huge risk-taker in life." 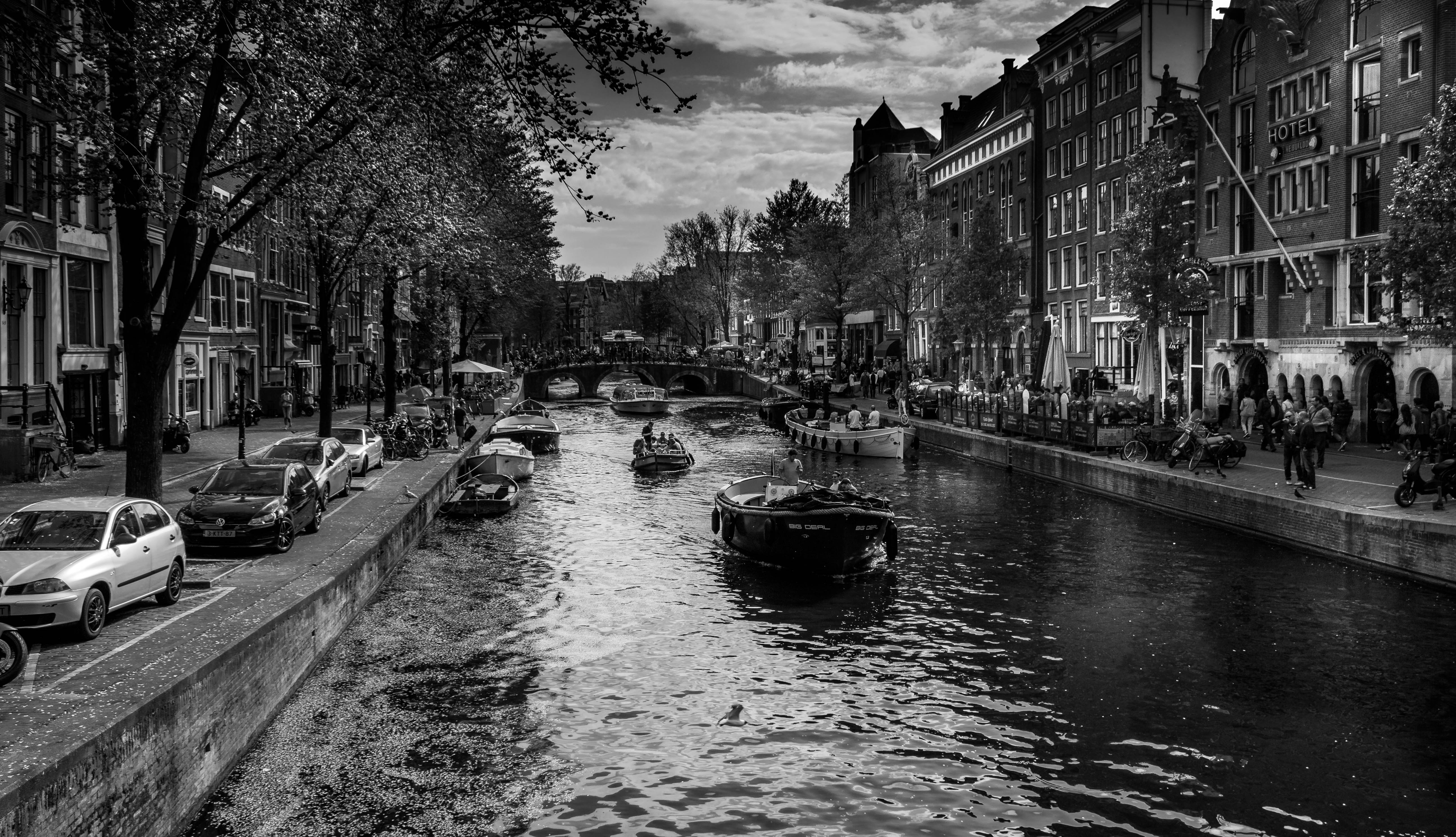 There is a wholeheartedly humble, human element to their latest work and their approach to the construction of sound in general. It was learnt through personal experiences dancing in dimly lit clubs and through long form improvised live jams. The pair bring with them a sense of unpretentious enthusiasm which tends not to exist outwith those making music in the 90's. Maybe this is why the pair have found collaborations with the likes of Move D amongst others to be so prosperous as of late, a likeminded energy established only by those who lived it the first time around. Oh, and a love of hardware of course, as Gal reflects.

"We try to have a unified sound for an album, not just a collection of cool tracks. So, for instance, using similar instrumentation or rhythmic approach can help. After recording the first couple of jams, we realized there is something to build on here with a larger scope than an EP. Naturally, there are more opportunities on an LP to explore more moods and tempos, and perhaps to go deeper into the concept. Jordan went to great lengths also during mixdown in order to give the tunes a signature sound. There are definitely certain 'workhorses' we keep coming back to. A lot of this album, for instance, was based on Fender Rhodes, DX7, Pro 1 and guitar. However, it’s always interesting to explore new tools, especially when it comes to our live shows – there are new pieces of gear coming out regularly worth checking."

The remainder of this year will see the pair continue to tour heavily, playing live to the masses whilst travelling amidst various time zones. Amsterdam continues to remain their home, much changed but equally inspirational, even if for different reasons than twenty years previously. The human element within their music and the relationship the duo have with machines has evolved drastically but somehow it all comes full circle, their new album less polished and precise, more improvisational and in line with individuality. Amsterdam grows, a pretty package with a shiny new face, but the underground and aged experience is still very much alive and well beneath the surface.

Juju & Jordash will play at The Warehouse Project on the 10th of November as Dekmantel take over the Manchester venue for a one off showcase. More details can be found HERE. Buy the new album HERE.