The first in a new interview series which seeks to explore the interactive process between artist and machine, the triumphs and complications.

The first in a new interview series which seeks to explore the interactive process between artist and machine, the triumphs and complications.

It’s hard to articulate this without stating the bleeding obvious but here goes; electronic music, by its very nature, has the interplay between humans and machines at its core. Yeah ok, the clue is in the title. Technology is absolutely fundamental to the creation of almost all music and, love it or loath it, that's not going to change.

In electronic dance music a lot is written about how this music is made and not so much about why. There is a huge passion and lust for “gear” and hours can be spent gazing at pictures of artist’s cool studios or trawling through forums where people discuss a particular synth or drum machine used on a certain track, geeking out about the iconic sound of the 909 or some other box of fun. There is far less discussion about what is the inspiration for the artist, what are they trying to express, how does the music around them effect their work and how do the machines or software that the artist uses influence the outcome.

As an artist, machines can be the most frustrating and inspirational things in the world, often simultaneously. I think a lot of people have experienced the feeling of pure joy when pushing a button and hearing a totally unexpected and amazing noise come out completely by accident. A quirk of instrument design can take you down unintentional creative avenues and lead to sonic results that you could never have imagined. Just ask Pierre, Spanky et. al. when they started twisting those knobs on their 303. Conversely, I’m sure every artist has felt that crushing disappointment as the excitement and energy has been slowly squeezed out of a musical idea as it gets filtered through machines, computers and software. I wanted to speak to the artists creating some of the most exciting electronic music of the moment to find out about their relationships with the machines that they use and how they utilise them to translate their inspiration into the music that we love.  This is the first in a new interview series which seeks to explore the interactive process between artist and machine, the triumphs and complications.

What is your relationship with your studio? Do you have an emotional attachment to your kit or is it just a tool to express yourself?

My studio is basically my Fortress of Solitude, my sacred space. I can create there, meditate there and express myself there. Often times I'll be working in my studio for days in a row.

As far as my gear, actually I'm not very sentimental about most of it aside from my Roland 727 drum machine and the pieces my wife bought for me. The majority of the emotion in that room comes from whatever vibe/energy I bring in there with me. The instruments are the vehicles.
I'm way more connected to the library of sounds that I've created to work with.

When working in the studio do you have an idea first then try to realise this through technology or do you start with an emotion or feeling and then see how this filters through your machines?

I really try my best not to have a set idea.  This would limit where I could go with a song and I don't like to set boundaries on my music most of the time. It's very different though if I have a concept in mind. I usually start with a feeling or mood and try to match it musically. Then I evolve this mood into a more structured pattern, almost like editing the final cut of a movie. I'll work on a song until I think it is finished, then I'll let it sit for a day or two. After that I'll go back and listen to it. If it still hits me the way it did when I created it or still holds the mood I wanted then...it's ready.

You’ve said that you only go into the studio when you feel shit, and when you need to work out some emotions. Do you ever feel that technology gets in the way of this process?

That’s true. It's the only time and manner in which I can work on music effectively. I used to feel that technology was getting in my way but only because I felt it was a little behind what I really needed it to do in real-time. I like to make music the same way I DJ, on-the-fly. So the more a piece of gear and my sequencer can allow me to do it this way, the better. Sometimes my ideas or moods fade away before I can get it out. With certain new additions to my studios Iv'e been able to make sure that this doesn't happen anymore. 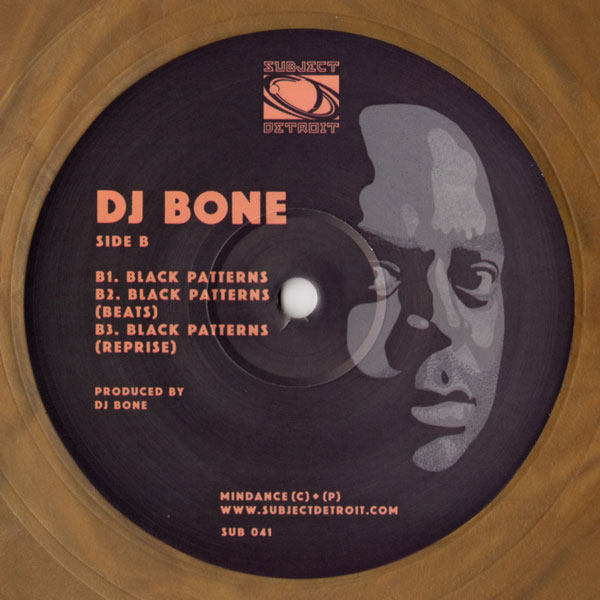 It seems to me that the onset of cheap, available music gear gave a generation of black people in Detroit a means of expression that they would never have had before. How important was the interplay of the creativity of people and the machinery that they were using?

In the early days I think that 25% was the gear and 75% was the individual. Not everyone that had the same machines could make the same music with those machines. Creativity was key since not every piece of gear had a manual. It was a blank canvas and the only constant tool in your box was your creativity or imagination.

Is there too much mythologising about music technology or do iconic pieces such as the 808 or 909 deserve to be revered in the way that they are?

I think it goes both ways. I don't want to limit myself to using 808 and 909 drums forever but I truly understand the huge respect people have for those vintage machines. They are important pieces of Detroit Techno and dance music history as well as physical collectors' items.
I'm just in the space now where I want my vintage sounds evolved.

Silence makes everything better for me.

There are times when I'm sat there and after two hours of coming up with nothing I'm thinking to myself what am I doing here?

"I love to take a mistake and make it sound deliberate."

Music calms me down, lifts me up, aggravates and soothes me all at once.

"My 303 is the definition of a dysfunctional codependency..."