The day got off on the wrong foot in so much as it was a late late start. She didn’t actually surface until 10am, a bit of an abomination given all that needed to be done. It was cold too. One of the first really grim mornings of the season. The bedroom window was veiled in condensation and rolling out from under a warm duvet required more than a lot of effort. She slipped into her running gear, pulled on a wool jumper and shuffled down the stairs.

Late morning, late breakfast, late plonk down in front of the computer to start ploughing through the pile of unanswered emails. The list of people she needed to get back to was growing, both digitally and on on the phone. Groan. First things first. Deal with the urgent then get out for some exercise. It was so cold. The monotone grey engulfed her ambition, especially when it came to the mundane, everyday chore of fitness. But she knew she’d feel better for it.

A few hours later, after a couple cups of coffee, a proactive Skype call & tidy of her room, she finally found the motivation to step outdoors. The wind stung her face and her limbs felt stiff as they launched into a light gallop. Bim bam bam, ricochets off the pavement. More grey, broken up by the slippery, brown obstacle of fallen leaves. Minutes in, tears streaming down cheeks she caught her stride. It could be a lot worse.

By the time she got down to the marshes she’d warmed up and was actually enjoying the dreariness of such a washed out journey. As it was so late, she took the decision to swerve her new path and go via the more familiar woodland territory. Both routes eventually lead to her favourite part, the south-side enclosure where, fingers crossed, the cows would still be grazing. Their annual departure marked the end of access to the fen - it being too muddy for even the most bovine hoof to tolerate.

As she headed down, she noticed what looked like manure. Big piles of mess which made her wonder if they hadn’t already been lead off to their winter dwellings. The thought made her sad and suddenly running became difficult again. Until she turned a corner. There, posed right in her track was one of the beautiful Hereford dames. So big and gentle, so close - closer than they’d ever been. She stopped to gaze into those giant, calm, chestnut eyes. She noticed they looked a bit bloodshot, which made her wonder... 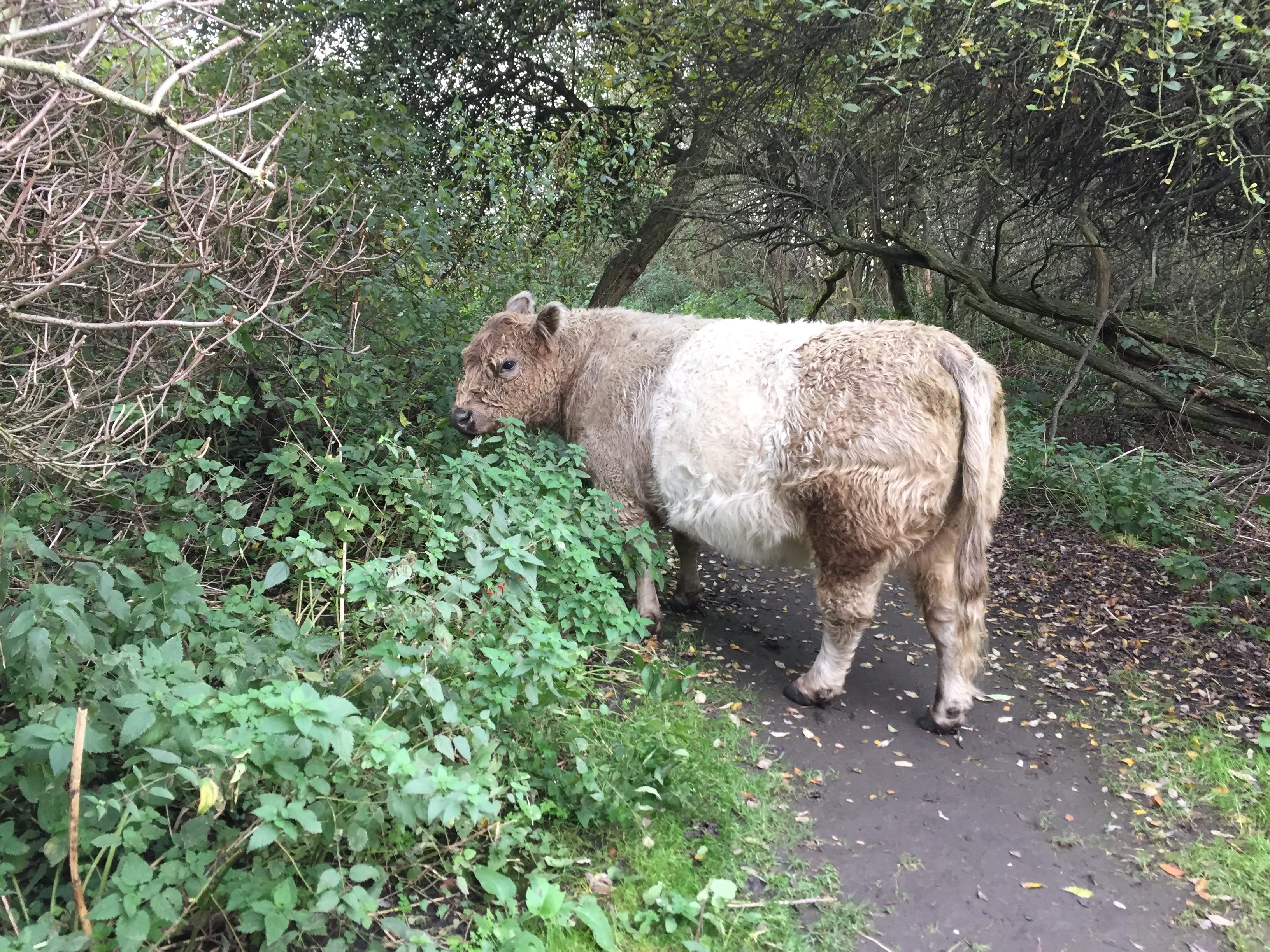 In the end, this close encounter prompted our girl to think that the day was indeed blessed despite red-blinkers, and that despite the lie-in & communicative backlog, she’d done well to come out. The universe was rewarding her. She continued on her way, confident that things had taken a turn for the best.

Back home, stretched, showered and flipping through an old magazine in the hopes of finding some inspiration for a birthday card, she stumbled across a funny advert for some headache tablets. No sooner had she shared on social media did she wonder if such blatant an act of procrastination hadn’t jinxed the good fortune of earlier. 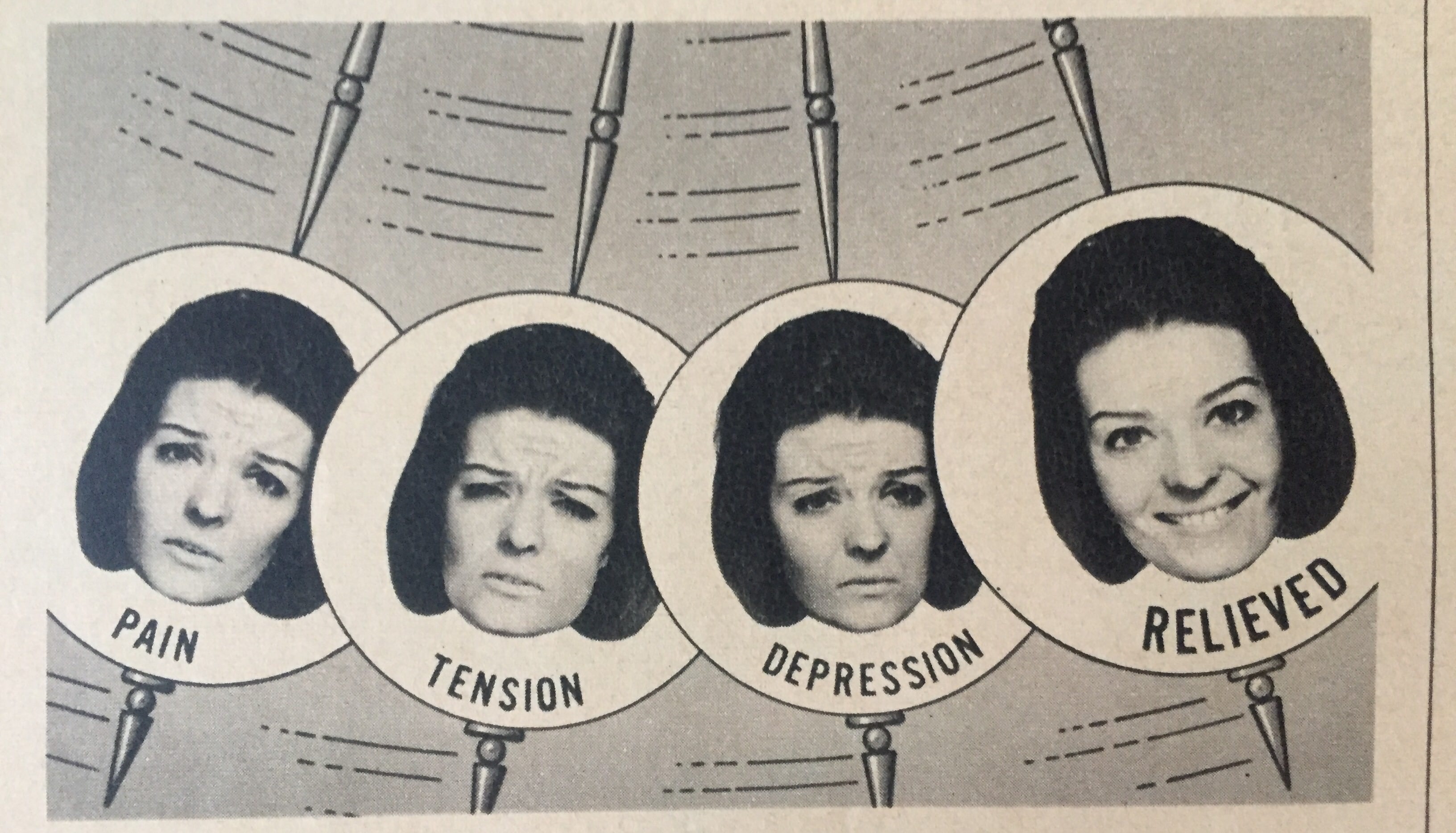 Fast forward to the evening. Our girl is working late. The children she is minding are fuelled with sugar, bouncing off walls. She’s been preparing stems for tomorrow’s studio session and her closed laptop is sat on the kitchen table. Suddenly, the little one knocks over a glass. Water splashes towards the computer. Our girl is quick to react, swooping it up and dabbing the drops with a dry cloth. It doesn’t look like much has touched it, but when she goes to turn it on she is greeted with an unrecognised disc flashing. Panic sets in. Outwardly she keeps her cool, ‘accidents happen’, but inside the heart is racing. The stomach’s plunges in free-fall. 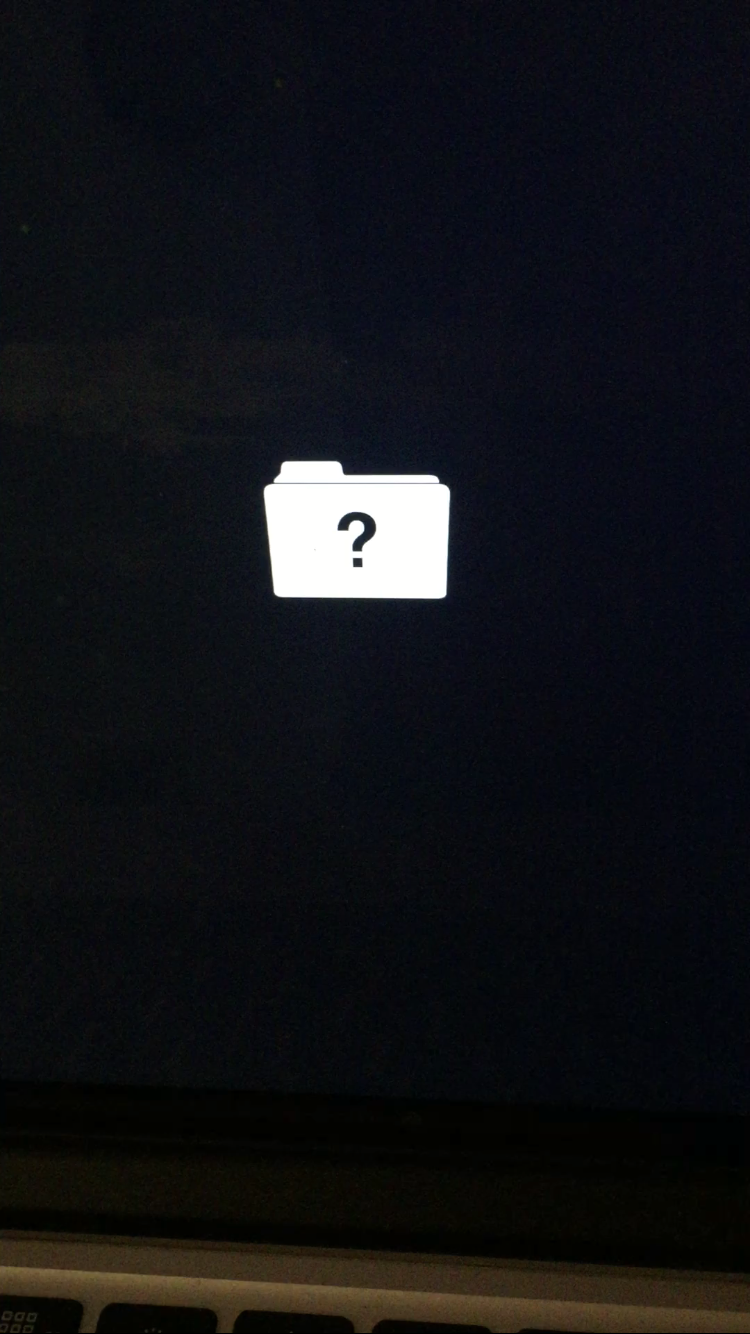 By the time she gets home she’s struggling to keep it together. Through hot tears, she manages to send a message to her mac repair guy along with the 4 second video she shot of the flashing screen. She asks if she can swing by in the morning but he says it would be better to come now, so an Uber is ordered and she whizzes off towards the Blackwall Tunnel.

It’s late and his child is sleeping. Tiptoes through a dark apartment lead to to a brightly lit room. Explaining the situation feels like an interrogation. As he’s opening up the machine it becomes apparent how serious the matter is. There’s a lot more liquid than she thought. It’s splashed all over the motherboard and SSD card, both of which are already showing signs of corrosion. He explains how the MacShop wouldn’t touch it in this state, how she’d be forced to fork out thousands. He asks if she has back-up and she sheepishly answers, ‘kind of?’ knowing the last time she did one was in August.

All she can think of is the cow and that silly advert. ‘Please please please let those words have been a positive premonition, that this is not punishment for idleness …’, but the next hour is still suspended in sickly angst.

One by one the components are removed, dried, cleaned and refitted and one by one they are tested. The motherboard’s first to be given the all-clear, a cause to be celebrated he says as that’s the most expensive. Battery follows but she’s holding her breath for the SSD card. What’s the use of the machine if the data’s vanished? Finally it’s its turn. He carefully slots it back in, switches it on. Low and bloody behold her login details pop up on the screen. Cue the hallelujahs. The rest of re-assembly is dizzyingly full of relief. ‘Thank you, thank you, thank you’ she says, handing over her week’s child-minding earnings whilst making her way to the door.

Back through the Blackwall Tunnel, again tears streaming down the cheeks, this time in reprieve. It’s all in a day, right? Cause all the connections - they've gotta mean something.