The place to be. Or at least that’s what the Evening Standard says. Tim Murray headed over to investigate the wildly eclectic Byrd Out label and more…

The place to be. Or at least that’s what the Evening Standard says. Tim Murray headed over to investigate the wildly eclectic Byrd Out label and more…

It’s 9pm on a Thursday night. Andrew Weatherall has just lit a joss stick as the first invocation of the evening ahead, summoning up the spirits of the gods of disco and punk rock. He’s following hot on the heels of live bits and bobs from LoneLady and Pye Corner Audio, both established recording acts running through the breadth of their works. Later on, The Orb, or rather, The Orb Sound System, will run through a selection from their extensive recording career, with all manner of oddities thrown in.

The place is absolutely packed, with Weatherall upping the tempo and bringing more and more to the sloped dancefloor. It's a former theatre turned venue, with old-fashioned seats to the side. By the end of his set, as the nag champa is burning down, it’s becoming increasingly clear – as things get increasingly blurry – that this is no ordinary midweek night out. It is, in the old rave parlance, going right off.

Welcome to Walthamstow. On a Thursday night.

Without getting too bogged down in the rights and wrongs of gentrification, it’s becoming clear that E17, the borough that gave the world East 17 and the proper Cockney's favourite night out at the dog racing is as estate agents might say, on the up and up. Let's forget that the Evening Standard said “Walthamstow is so hip that locals call it #awesomestow” and move beyond that embarrassment...

It's not a scene or anything, far from it, but there’s a clutch of buzzy events in and around that postcode, fledgling record label Byrd Out is one of the key protagonists – the Weatherall/ Orb/ Pye Corner Audio and LoneLady event is promoted by the imprint – while the Rock `N Roll Book Club and General Echo nights are bringing, respectively, a bit of music based literature and further dub to the area. 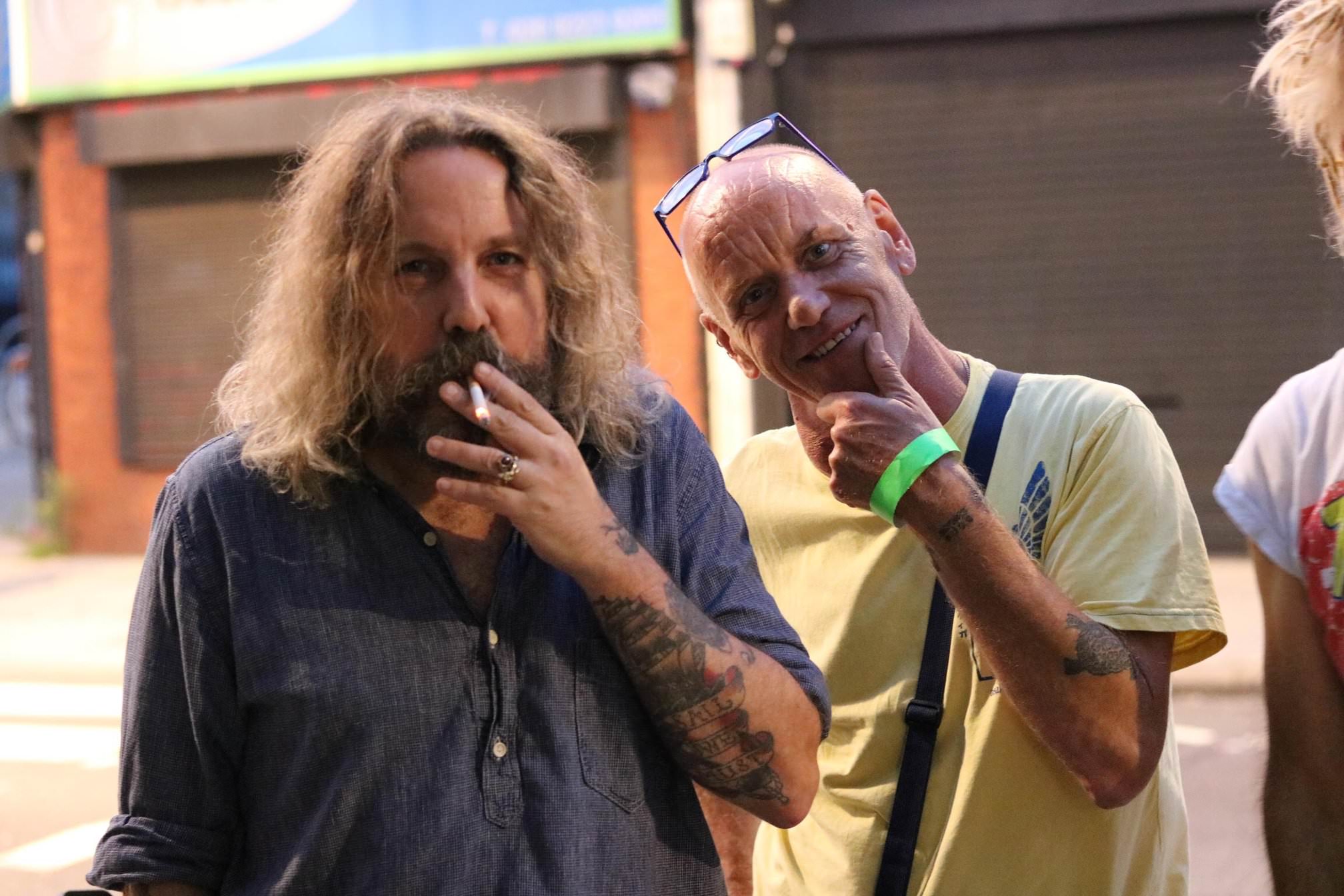 “Mark of Walthamstow Rock 'n' Roll Book Club and Matthew of General Echo were both guests at the Orb Sound System event! Indeed, Matthew put me in touch with LoneLady. And I've worked with both to put on events in Walthamstow, most recently our annual fundraiser for Eat or Heat food bank on Ravenswood Industrial Estate. There is quite a bit going on, and it's only going to get better with the London Borough of Culture 2019 events coming up, the Council are putting in a lot of thought and also funding there, so expect good things.”

Events such as this evening help give a new angle for both the area and the label, he adds.

“There's definitely a buzz when you put on a good event that people enjoy, and financially if you get it right then it can be a shot in the arm and cover some of the gambles that perhaps haven't worked. But really the focus is the label side, other than when I think it's possible to pull off truly incredible stuff.”

Byrd Out was borne out of promoting, with the label growing out of events that Vitkovitch and pals were putting on.

“It started as a side project from Janus Sounds which I was running with two brothers for slightly more financially risky events, with Mad Professor as the first booking, so I guess it's always had an electronic ethos, and a gambling vibe to it,” he says. “And the label grew out of the events really, to the extent that it's now the focus.”

To be be able to boast of giants such as Mad Professor and the legend that is Lee Perry is an impressive feat for a label so young.

"So I put on Mad Professor in Walthamstow and he's unbelievably straightforward in his approach to things – moving stuff forward with him is a pleasure – so I asked if he fancied doing a vinyl only LP, he said yes, and we went from there. The Lee release was also all done through Mad Professor – it's stuff Lee recorded down at Ariwa Studios in South London,” explains Vitkovitch.

The other big coup is working with Weatherall, now on to his second 12” with the label. Again, it comes down to connections, as Vitkovitch notes.

“Having Andrew putting out releases through Byrd Out has been huge for us – people from all around the world get in touch off the back of it. And the connection was actually made through The Orb's Alex Paterson. He put us in touch through the lovely Nina Walsh, who is credited on the Weatherall tracks we've done. We're hoping to do something further with Andrew next year, so watch this space.”

The Weatherall involvement is cemented by the second release with him, as well as the live excursion, and Vitkovitch rates the reaction to this sophomore outing as one of the highlights of the label's existence, which still only amounts to little more than a year.

“The amazing reaction to the latest Andrew Weatherall release is probably the highlight so far, although seeing one of the vinyl, I won't say which, for sale in WalMart made my day,” he recalls.

“Biggest learning – work out how much Vitalic's lighting rig will cost before you set a ticket price!”

In its brief history, and a dozen releases, it’s built a fairly eclectic catalogue up, veering wildly from jazz, to electro, with reggae, dancehall, garage and straight up house and techno all in the melting pot.

“The label's name is a hat tip to Donald Byrd, so I've always had a bit of a jazz focus at the back of my mind, and having worked with Evan Parker before, it made sense to me to ask him to do a record,” explains Vitkovitch. “And we've got another jazz record out soon, from Binker Golding of Binker and Moses with Elliot Galvin. But at the same time, electronic music made sense. I was putting it on, managing to persuade some pretty estabilshed names up to Walthamstow and East London, and a few of those relationships moved into records. And some of the connections I'd made lead to other connections, and hey presto, we had our first batch of releases. I'm looking to focus in a bit more next year, but probably still expect the odd release that sits a bit strangely with the wider output.”

"I'm trying to focus the label in a bit more, essentially looking out for interesting artists in the electronic space and doing more with people we've worked with already. We've got a new EP from DMX Krew called Stellar Gateway out this year, one from Cairo Liberation Front; one from Lo Kindre, who has released on Optimo Music and played at General Echo – that's how we met, two from East African artists, KMRU and Faizal Mostrixx, both featured in Resident Advisor's '15 East African Artists you need to hear' earlier this year, and a jazz outing from Binker Golding and Elliot Galvin. All are great, but the KMRU release is a real gem. And looking into next year, I'd expect more from some of our established artists. Busy, busy, busy. Looks like my living room will remain a de facto warehouse.”

Back in Walthamstow, The Orb Sound System is banging out a selection from the back catalogue – we leave as their take on "Perpetual Dawn", as remixed by Weatherall himself all those years ago, booms out. As we head out into the night, using Walthamstow’s excellent transport links (© Foxtons and other local estate agents) to return home, it won’t be long before there’s a return trip…