Alixkun, one half of France-via-Tokyo label Jazzy Couscous, walks us through his sublimely curated new project 'Kumo No Muko'.

Alixkun, one half of France-via-Tokyo label Jazzy Couscous, walks us through his sublimely curated new project 'Kumo No Muko'.

Founded in Tokyo in 2014 by French selectors Alixkun and Klodio, Jazzy Couscous is a tastemaking label placing an emphasis on club-leaning productions and reissues of rare, under-the-radar Japanese synth-pop, ambient music, and all manner of oddball gems. Now, with Alixkun at the helm, Jazzy Couscous returns to the fore with the sublime Kumo No Muko; a 12 track compilation crafted meticulously throughout the DJs now ten-year stretch of digging through the dusty crates of Tokyo, exploring the many faces of Japanese music.

On Kumo No Muko, Alixkun casts his eyes over Japan in the 1980s; a time which stood for economic prosperity, the beginning of the bubble era and a growing curiosity and desire for exotic sensations from around the world. Now, he takes the time to walk us through the compilation's constituents, revealing why Kumo No Muko isn't just a tribute to Japanese music, but a tribute to crate-digging culture the world over.

“Underwater Dreaming” is literally an ode to the sea. Using pads, harps and acoustic guitars, Kokubo takes us on a Balearic journey into the sea. Smooth and floating like a gentle wave’s foam, this track will leave you in a complete state of serenity.

“Kitsu Tsuki” opens with a synth loop designed by none other than Ryuichi Sakamoto. The loops completely define the track, as Inoue’s saxophone comes in by small touches, like a small animal slowly discovering its environment and getting used to it. A beautiful piece of experimental jazz, magnified by the presence of a Japan music scene legend.

Ino’s “Window” is a musical dialogue between Kazumi Watanabe’s guitar, and Ino’s double bass. Two of Japan’s finest jazzmen reunited on this soft piece of music, where all the notes are delicately played, wrapping the listener in a warm atmosphere favourable to mindtrip and relaxation.

Masaaki Ohmura - A Touch Of Temptation

“A Touch Of Temptation” is the quintessence of the 80s vacation vibe: a tropical bass, a touch of reggae and deep moody pads. As soon as the track starts, you can picture yourself lying on a white sand beach, drinking a refreshing cocktail while listening to this on your Sony Walkman. Welcome to Masaaki Ohmura’s resort.

Dip in the Pool - Kuroi Dress No Onna

Dip in the Pool is one of Japan’s finest synth pop bands, one of the few who managed to meet success even in Europe back then. “Kuroi Dress No Onna” is a track taken from the OST of a movie with the same title. It is a delicate and aerial piece of synth pop, sublimated by Miyako Koda’s voice, a fine gem crowning a synth-pop masterpiece.

Shigeru Suzuki is one of Japan’s legendary guitar players. He started his career with the band Happy End, alongside none other than Haruomi Hosono. Used to more funky vibes, Suzuki delivers here a beauty of moodiness, like a morning walk in a white immaculate landscape, covered with snow. Suzuki’s deep and round bass then comes in and brings gentle touches of warmth, completing this beautiful track. 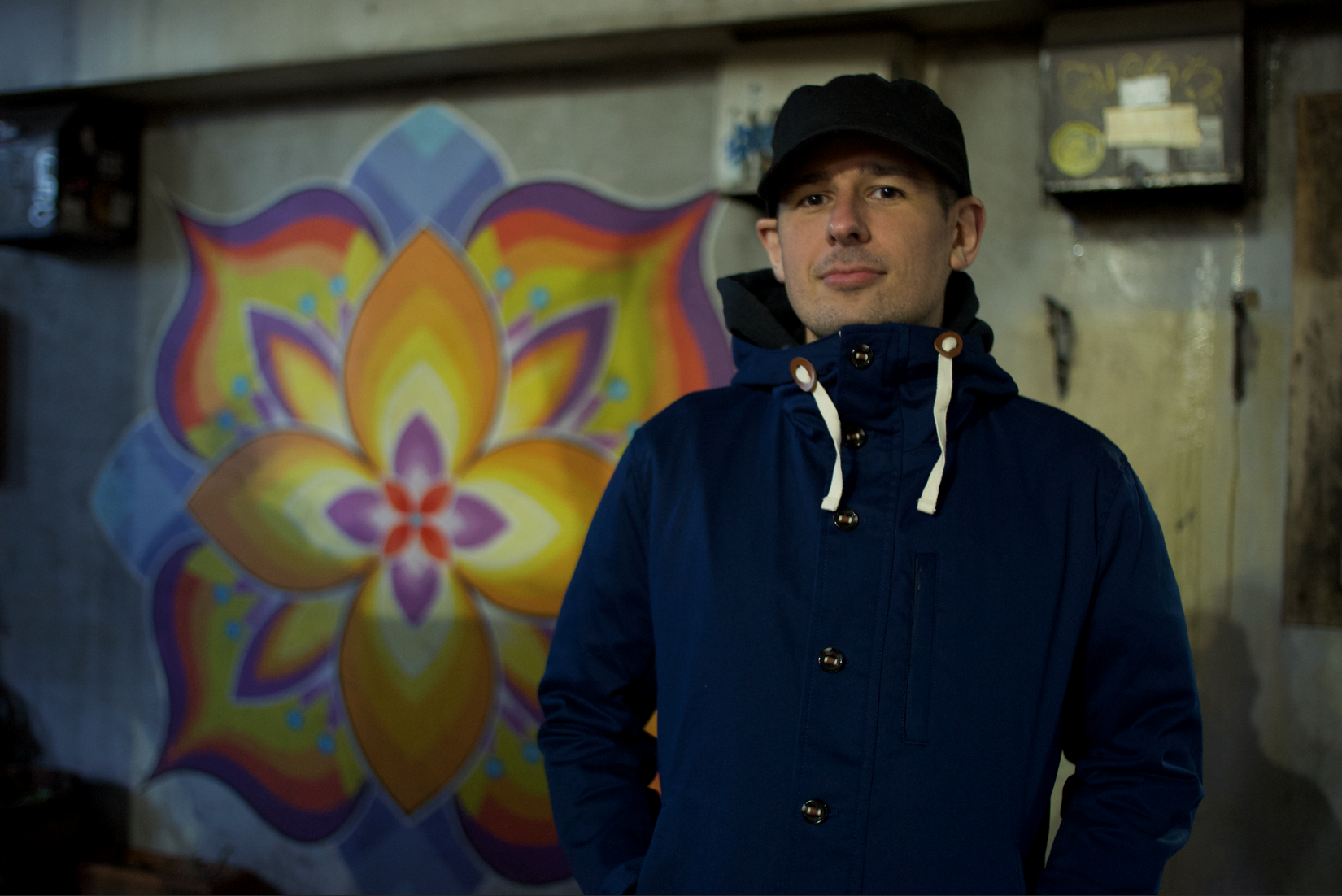 “Obsession” is the kind of track that could perfectly represent an awakening, similar to the sun rising up in the morning, spreading its first ray of light. Later on, thanks to Asamoto’s melancholic saxophone and a bass/piano combination that could remind one of the depth of the Big Blue OST, “Obsession” evolves into a mystic late city night piece of music. Brilliant.

Based on an instrumental that could define what minimalism should be like in synth-pop, “Love Song” welcomes Mami Koyama; a famous Japanese voice actor, literally floating on this composition with her ethereal voice. The vibe here is definitely moody, and the Japanese lyrics of the track bring an extra layer of exoticism to this musical delight.

Fumio Miyashita - In The Beginning

Miyashita was part of the legendary Japanese psych-rock band Far East Family Band, but he decided to depart in order to explore a more ambient and experimental side of his music. With “In The Beginning”, you’re taken on a space trip, with a track that sounds like an invitation to explore the deepest and most mysterious parts of the universe. A genuine mind trip, beyond the limits of human imagination.

Yoshio Suzuki is a Japanese jazz bassist and keyboardist who started his career in the early 70s with a wonderful modal jazz album. His style kept on evolving, and with “Mirage”, coming from his Morning Picture album, he’s experiencing a more machine oriented style of producing, using drum machines and pads to give a deep proto-electro feel to it. One of Suzuki’s most beautiful works.

“Watashi No Bus” is another example of what Japanese synth-pop scene has best to offer: a minimal instrumental that serves Murata’s high-pitch voice perfectly. The syncopation works wonderfully here and adds a welcomed odd feeling to the track. Murata, who is the musical muse of Mariah project’s Masanori Sasaji has confirmed through her several solo efforts that she is one of Japan's best-hidden treasure.

Chakra is an iconic Japanese new wave/experimental band, lead by Mishio Ogawa’s singular vocals. This song is very unique, as basically, Ogawa keeps on singing “Itohoniha”, a Japanese musical scale (like do-re-mi) in many different orders, and various tones. Crazy as Chakra can get. The track ends like the final of a firework; a perfect to end this compilation with pure energy. 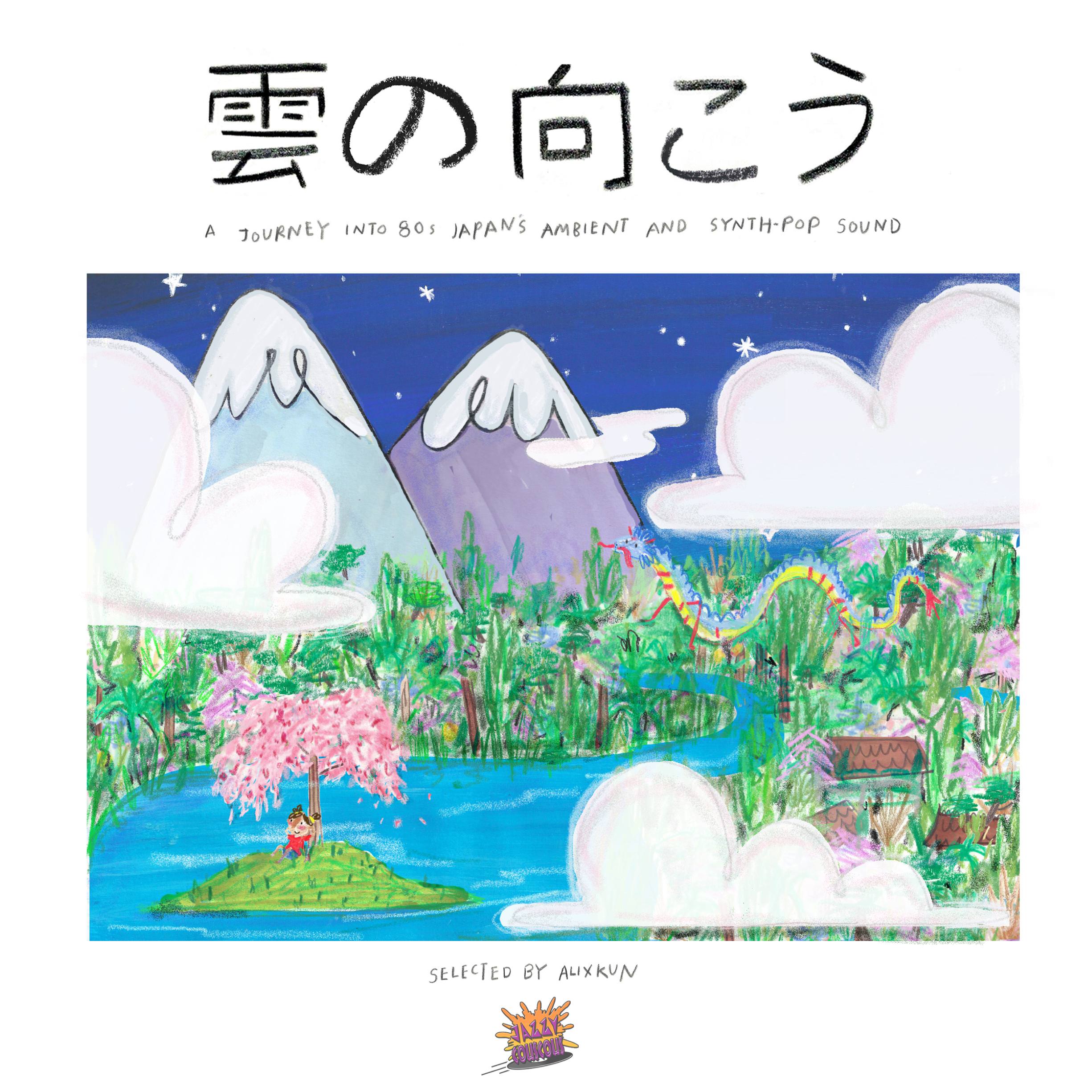 Kumo No Muko is out September 12th. Preorder HERE.