The graphic designers of the plant world, Echeveria are a group of succulents that cut a bold look, famous for their sharp lines, striking symmetry and eye-catching angles. There are more than 150 species of plants to choose from, all looking like they have been dreamed up one afternoon on nature's spirograph.

Echeveria elegans - so called from the latin ‘elegans’ meaning ‘elegant’ - lives up to its name, forming a symmetrical spiral of bluish-white succulent leaves, whose edges are tinged with pink. It produces equally pretty small pink flowers in late winter to mid-summer months with a yellow tinge that are attractive to hummingbirds should you have any locally!

Echeveria's ancestors came from the Mexican desert, where the Mexican plant expert and botanical artist Atanasio Echeverría discovered the succulent in the 18th-century. It's light colour and round habit has earned it the common name of ‘Mexican Snowball’ and in Mexico, Echeveria elegans is still a staple plant in many homes because it is believed that the succulent has the power to drive away evil spirits.

Growing in rock crevices in the wild the plant survives heat and drought by storing water in its leaves, stems and roots, so the Echeveria in your home can also cope with some neglect. It should be watered lightly from below so that any excess water doesn’t remain on the leaf and damage them. Now that would spoil the look… 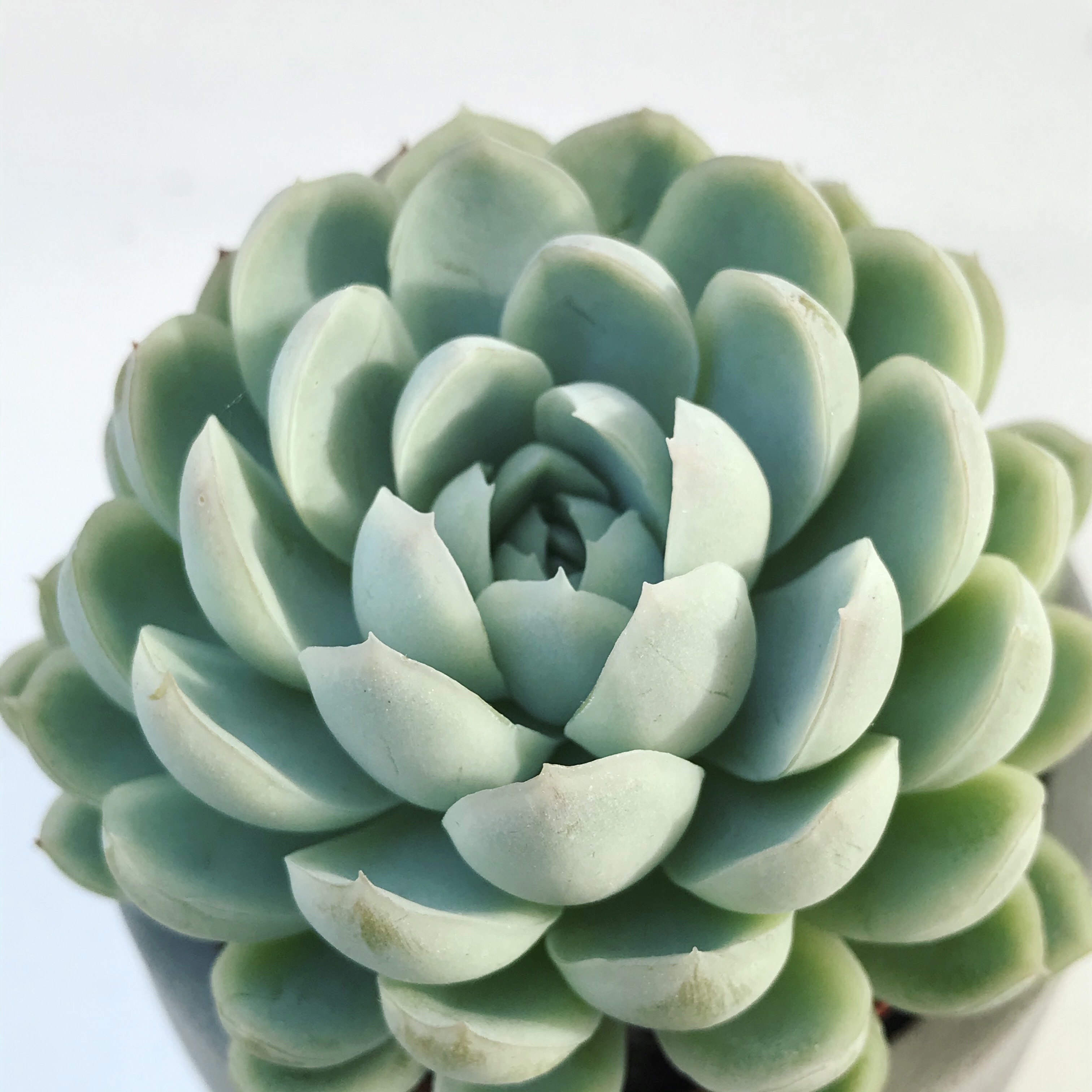 Transatlantic duo Billow Observatory (aka Detroit-based Jason Kolb and Copenhagen resident Jonas Munk) have been collaborating since 2006, both in person and via file sharing. They combine to make elegant ambient music, which, as the name suggests, billows upwards and outwards, like puffy cumulus clouds, gradually dispersing into an endless expanse of azure sky.

However, there is something precise and measured about their serene music that fits perfectly with today's chosen plant. Not a note is out of place, everything is where it is meant to be - a perfect musical symmetry exists between Kolb and Munk, despite often working apart and in isolation. On Trumbull, taken from their third album, III: Chroma/Contour, delay-heavy, shimmering guitar lines are underpinned by a bold, spiralling, repetitive synth phrase, while 1980s New Age instrumentation adds to the luxurious brew.