I have long been a big fan of the bewitching pine genus. In plant folklore pine has always been associated with purification and to be under its branches is to be under its spell. Although Norfolk Island pines are not strictly true pines (they are more closely related to the monkey puzzle tree) it’s the nearest thing to a pine tree that will fit comfortably into your home.

It gets its name from Norfolk Island, where it was first discovered, which is situated in the South Pacific, near New Zealand. Grown as an outdoor ornamental tree in warmer climates (I remember them growing as beautiful trees in coastal Morocco) in cooler parts of the world we grow their saplings as houseplants.

Also known as a Star pine, this small bright tree likes to hold its head to the light, confident in the ancient knowledge that it’s throwing some pretty spectacular shapes. From its straight trunk and green growing tip it pushes out almost horizontal branches at regular intervals making ‘floors’ that when viewed from above form a perfect pentagon. Soft needles cover the tiered branches and stem, giving the tree an unusual intricate detail.

Give it space to cast its branches wide in a light place in your home and water your Norfolk Island pine when the top of the soil feels dry to the touch. It loves humidity so mist with water when you can. 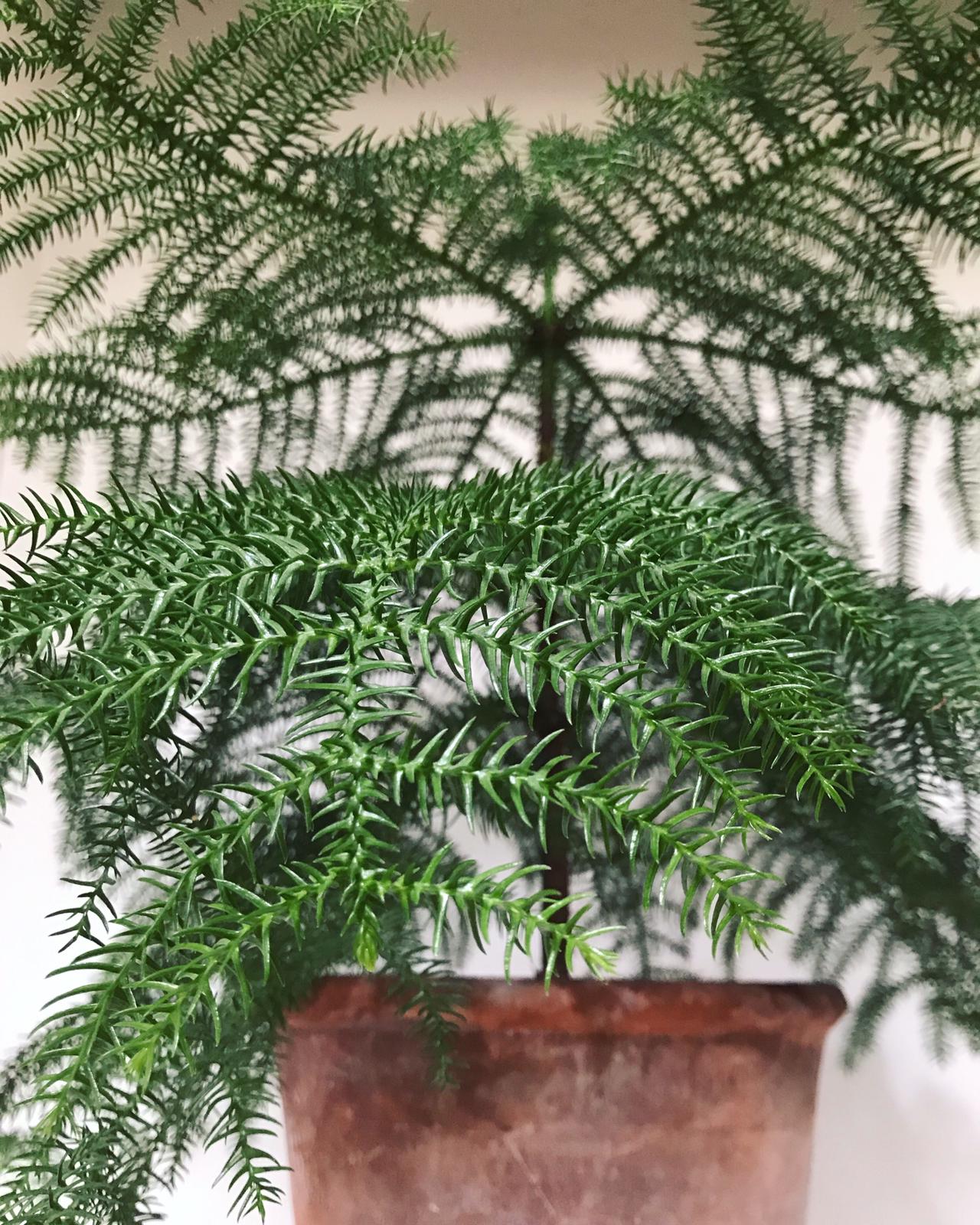 There is definitely something primeval about the music of DEEPLEARNING (aka Richard Pike, formerly of Australian post-rockers PVT); an ancient sonic wisdom that feels like it has been around as long as Norfolk Island pines have been growing in the South Pacific.

Earth opens his debut album, Soft Confidence (released on Salmon Universe, the wonderful ambient tape label Pike runs with JQ), a calming song that casts a magical spell with its hypnotic, New Age synths. The atmospheric background hiss echoes the sound of fine rain falling on a humid forest, while the soothing patterns of the purifying synths are occasionally punctuated by a striking starburst of intricate melodies.

The artwork for Soft Confidence suggests that Pike, who grew up in Sydney, was inspired by an Autumnal dusk in England when he recorded Soft Confidence, but there is an exotic, otherworldly feel to the music that fits so well with the natural habitat of our chosen plant.

Check out Salmon Universe on Bandcamp.