An international take on the sound from Chicago.

An international take on the sound from Chicago.

It began in the early nineties, when dance battles to Ghetto House were popular pastimes on Chicago’s South and West sides. The dominant dance style was Footworking, an enterprising generation of producers would soon give it a custom soundtrack that would have a lasting impact far beyond the Chicago city limits.

“Juke House” as it was originally known and it’s tough-to-delineate sister Footwork, go hand in hand. Juke is said to be the more rhythmically straight of the two, true to its origins in four-on-the-floor Ghetto House. Whereas Footwork is more abstract and throws conventional timing out the window while embracing wacky sounds and soulful samples. Both genres exist in the realm of 160 BPM and both are once again coming to the fore in many places, arguably as part of a wider shift towards faster, more complex rhythms and music on the so-called “Hardcore Continuum”.

One nation in particular where the sound seems to have struck a chord is Mexico. Producers from Mexico City, Guadalajara, Veracruz and beyond have been building a community and a scene for years through releases on labels like Juke MX, Ten Toes Turbo, MOVELIKE and Liga Mexicana del Bass. 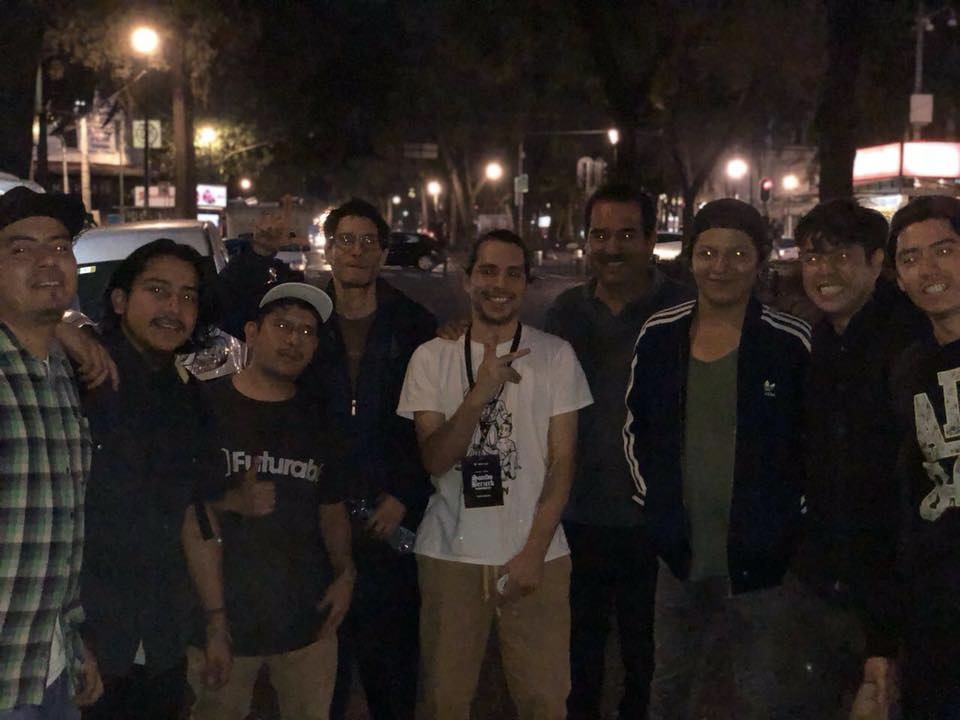 Ricardo Arjona García aka Sonido Berzerk heads up Ten Toes Turbo, which he defines as “The Bass Music Label of Veracruz”. Founded with Ma Fuego as a collective in 2010, Ricardo explains that ”back then we were organising the first dubstep parties here in Veracruz and in Xalapa”.

Transitioning into a label two years later eventually saw them explore Footwork sounds with the release of the “Hiroshima Shitlife” EP by CRZKNY. They have since built up an extensive catalogue of Juke, Trap, Jungle and more with releases from artists such as BCOTB, Sandunga and G Panic. They have also given an early platform to some now familiar names in Juke and Footwork such as DJ Chap and Heavee of Teklife fame, as well as Omaar from the N.A.A.F.I collective.

“Juke Mexa”, according to Ricardo, “is a little, but lovely scene – everybody wants to collaborate”.

This is exemplified by Juke MX, a collaborative project and label bringing together established and up-and-coming Mexican artists for releases and events. Just as Planet Mu did for Chicago Footwork with their acclaimed Bangs & Works compilations, so have Juke MX done for the Mexican offshoot with their expansive Traxmex VAs.

Ricardo is heavily involved with Juke MX and says that some of the tracks from their early compilations are now certified classics in the community. He mentions Ma Fuego’s “Yuk”, which has become something of an anthem thanks to a repeating sample of the producer’s daughter shouting out the label.

“That was the first time he used that, now it’s like our ID for Juke MX.”

Sonido Berzerk himself as an artist is quite prolific - “I’ve released like, five EPs from August to March”.

A quick scroll through his Soundcloud also reveals him to be anything but one-dimensional, as there you’ll find Afro-Cuban inspired music alongside Gabber bangers and Jungle workouts.

Many of the artists from Ten Toes Turbo and Juke MX have also released on Liga Mexicana del Bass: a conglomerate whose mission is to support “the proposals of national and international producers, DJs and graphic artists specialized in Bass Music.”

They promote the content of the aforementioned labels while every so often releasing a V.A. or EP of their own. Their compilations, usually featuring drawings of cannabis as artwork (with catalog numbers like LMBJOINT001), contain a variety of up-tempo tracks that fall under the banner of Bass Music. One great example is Whip It by Cyberreality, a faithful Teklife-style beat complete with chantlike vocal chop on repeat throughout.

The dance aspect of Footwork doesn’t seem to have caught on in Mexico to the same extent as its soundtrack – though not for a lack of respect for the origins. Footwork’s pioneers are held in high regard south of the border as evidenced by various tributes to DJ Rashad and regular appearances by Chicago OGs (including dancers like King Charles) at events and on radio shows around Mexico.

Radio Nopal, for example, broadcast a regular feature called Footwerkz & Networkz. Hosted by Eric Uh, the series is shining a light on the history of Footwork while also bringing its creators to new audiences. Just recently he organised a free Zoom event called “Bailando Footwork” which brought together Dance crews and local DJs with the aim of teaching people to footwork and spreading the culture in Mexico.

Owing to the pandemic there is a noticeable increase in global music output and Juke Mexa is no exception: Ten Toes Turbo and Juke MX have both just released albums even after having a busy 2020. When asked what impact Covid has had on him this past year, Ricardo says he’s amused that it hasn’t been so bad.

“Now that there are no parties and no travels, I just focus on producing. It was very satisfying that a lot of people were buying the music, I practically lived off it. And I wasn’t like craving parties or depressed cause I didn’t have a job or something. It's like: OK, my job is to do beats. It’s little money, but I know I can make it here in Mexico.”

Sonido Berzerk has several releases in the pipeline including an EP for TLILTIC and a sequel to “Ricky’s Juke Stash Vol. 1” – a collection of spacey, clinical Juke and Footwork beats. For Ten Toes Turbo, a busy schedule is planned with releases from Robot Samurai, Sandunga and Cybereality all on the calendar for 2021.