The room sits in near darkness, thick smoke hangs in the air illuminated by strobe lighting and kaleidoscopic visuals. The heat of human bodies making the dense atmosphere thicker still, driven to gyrate without judgement as the music pulses purposely, relentlessly. Dancers and drag performers - adorned in leather, chains and vibrant body paint - mould and contort themselves with hypnotic grace. On the surface this may sound overwhelming, yet the end result is one of the purest sensory experiences one can hope to indulge. A space where inhibitions become stripped away with each passing moment on the dancefloor.

And all this is just a faint glimmer of what Amsterdam’s HIS DARK Elements have to offer. 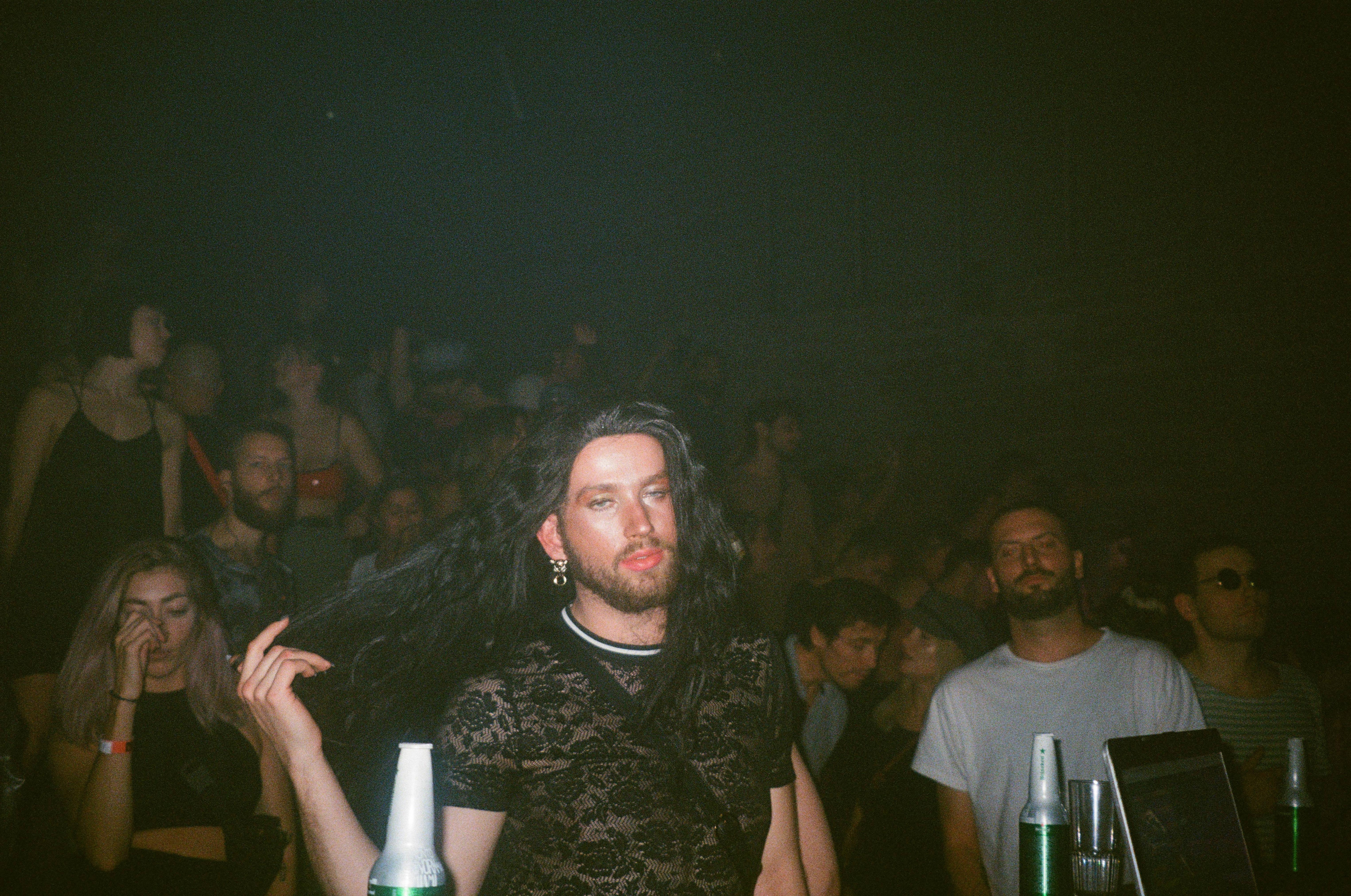 In its fledgling years events were strictly DIY, taking place in limited capacity, off-grid venues where whispers stayed close and attendance was low. Later operations found a way to the north of Amsterdam where larger cap illegal warehouse raves were able to take place. From here, through word of mouth and a growing cult of music enthusiasts, the collective became acquainted with the more legitimate side of the city’s underground dance scene. Finding a new home in OT301, a former artist squat turned alternative cultural space, the foundations were set to signal to a much broader audience. 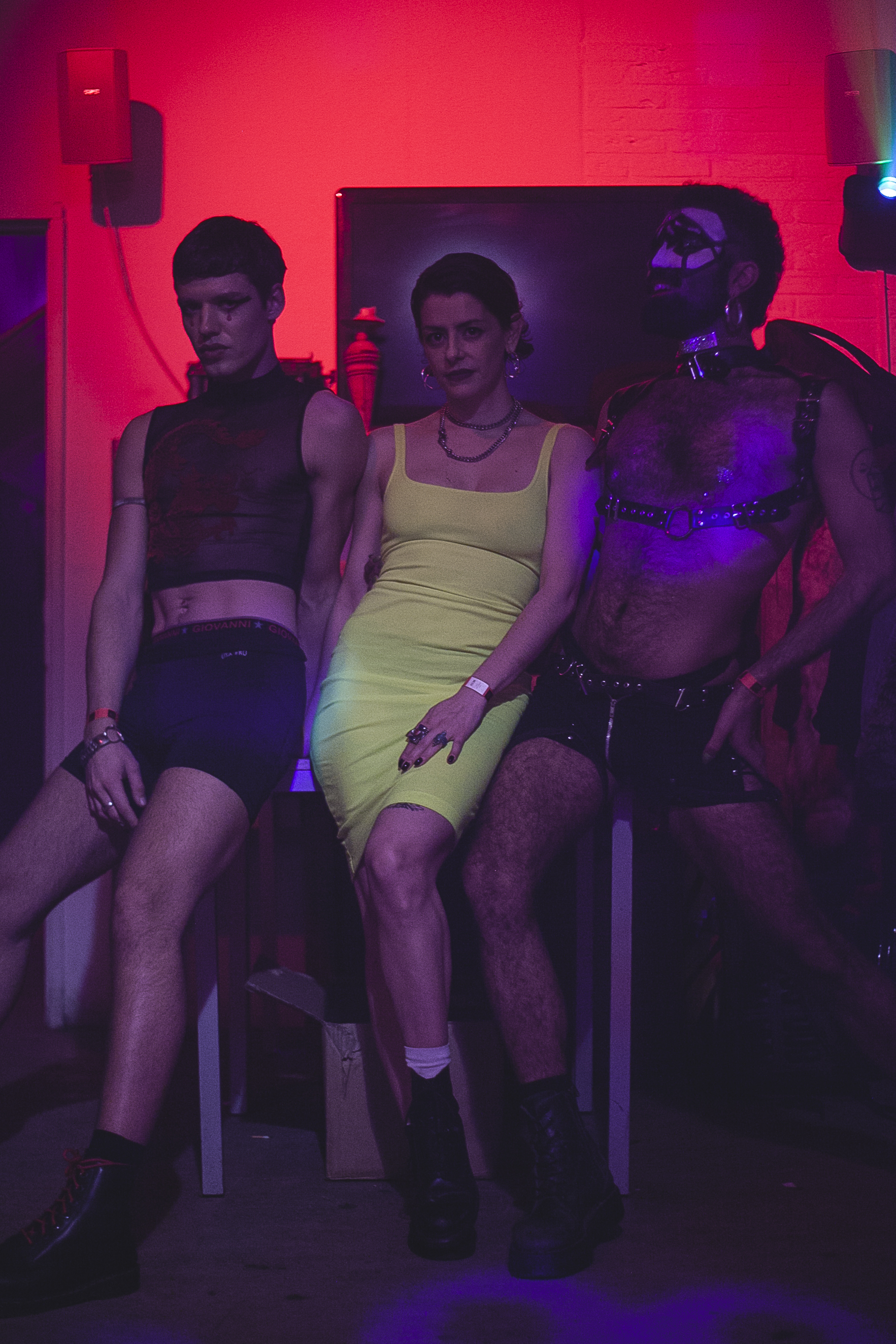 Now the brand hosts regular parties at one of Amsterdam’s most beloved establishments - acclaimed club RADION. With a built-in amphitheatre and exceptional soundsystem, the club’s Bovenkamer space sets the perfect precedent for some of HDE’s most ambitious projects yet. Full venue transformations and performative installations come to life in a swirling harmony of weighty sound and visual stimuli.

At its core HDE is a conceptual project. Music is carefully curated to include artists from different backgrounds and scenes, ensuring that no two shows are the same. Creators from other disciplines and mediums are also routinely brought into the fold - think set builders, visual artists, and filmmakers - gifted a unique platform for their work to be explored in a club setting, taking things beyond the usual confines of the exhibition or art gallery. In this vein, each show is then meticulously designed for a complete audiovisual and physical experience. 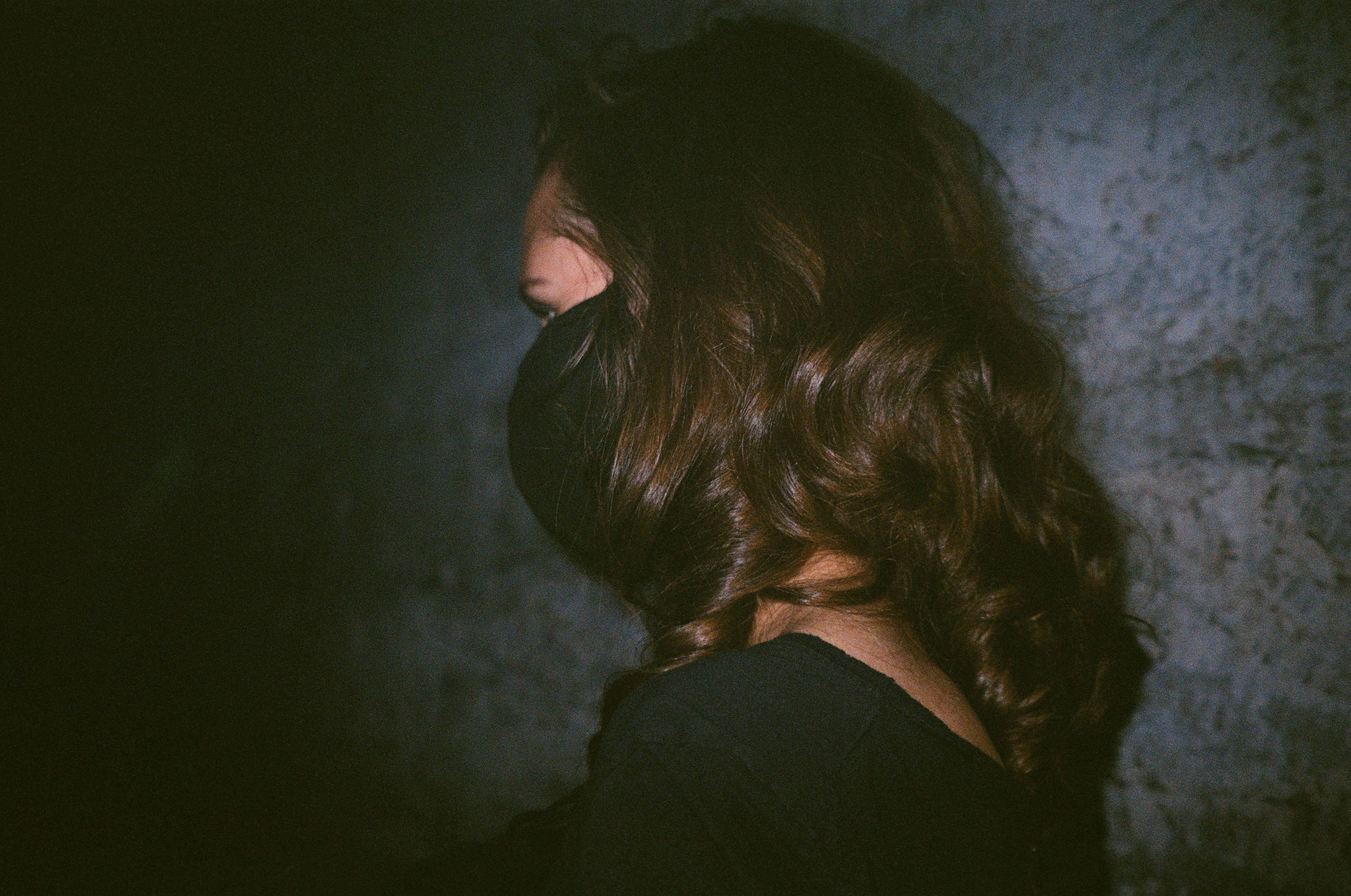 Informed by pivotal member George's deep rooted background in activist queer art and gender expression experimentation, the collective have forged a strong social and political identity of their own. A creative hub open to all, regardless of sexuality or gender, with a simple pre-requisite: to respect ones individuality. What follows is a genuinely inclusive space that dissolves barriers by boldly speaking its aims.

“Our parties provide a space where all races, genders and sexualities can dance, connect and learn from each other”, co-founder Calliope explains: “We celebrate the diverse bodies in a sex-positive atmosphere. In our community there is no space for racism, sexism, homophobia, queerphobia or body-shaming. Any form of intimidation or violence, physical or attempted, will not be tolerated”. It’s encouraging to see (and feel) that this same impassioned energy is translated to the club via mindful curation, fluid expression and explorative track selection.

Although founded with a clear socio-political agenda in mind, HDE was also created in response to the recycled programming of Amsterdam’s festival and club bookings - a trend all too familiar across many of the major UK/European cities. Fast forward to the present and the collective have worked with some of the most forward-thinking brands and artists on the underground circuit. 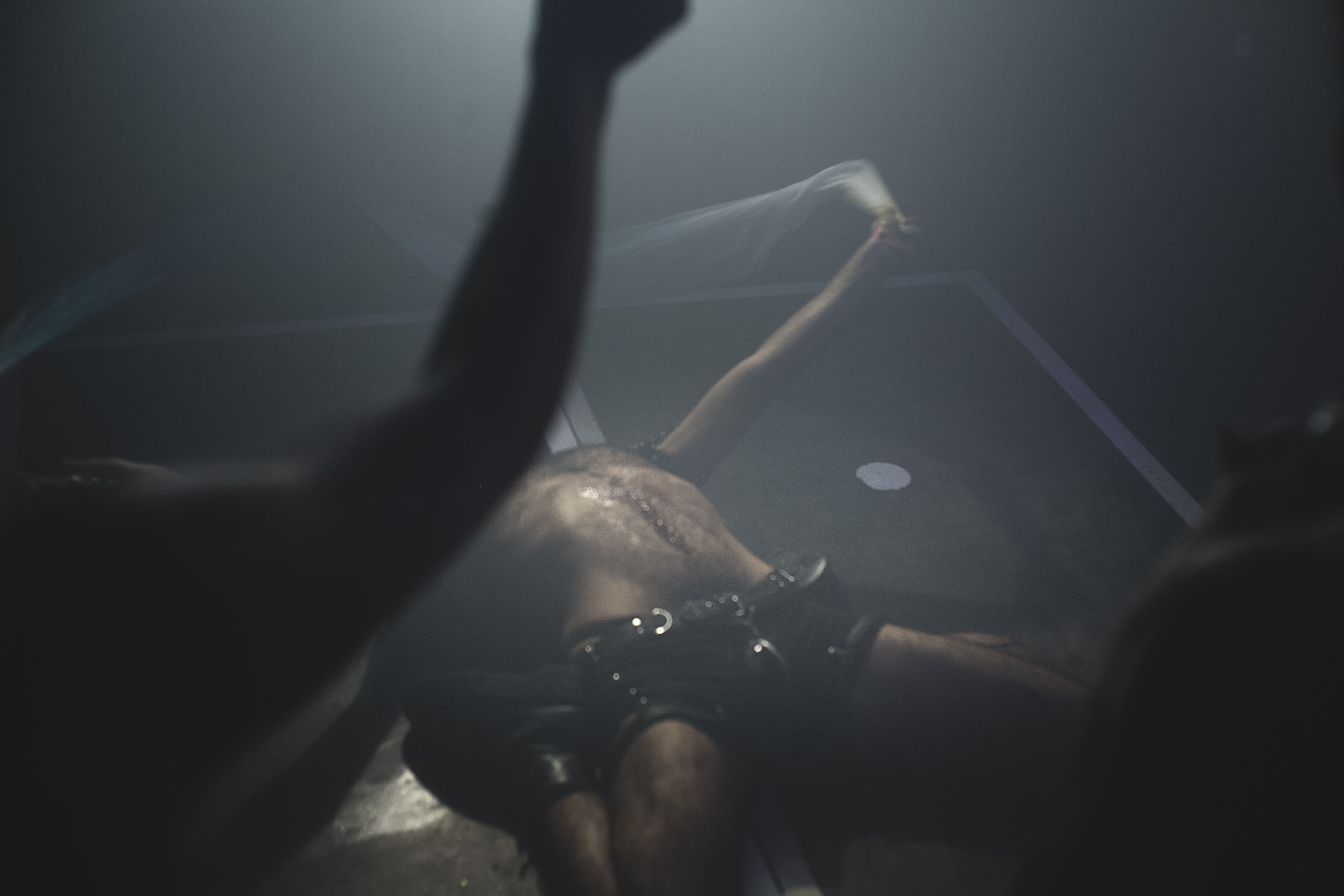 The same thought and attention that goes into crafting their unique multidisciplinary line-ups is also reflected in the history of their collaborations. They’ve worked with Amsterdam’s own major music and arts directory Subbacultcha; Tel Aviv’s PAG, a cultural movement combining music, art forms and people to create inclusive clubbing spaces; Dam'd Queer Night (George's own ‘Quintessentially Queer’ project) an event where big screen magic meets the performing-visual arts, with a focus on interdisciplinary queerness and feminism. All share a common ideology: united in equality and freedom of expression without taking themselves too seriously.

Over the years the HDE crew have worked with an impressive array of DJs and live musicians, with acts like Le Chocolat Noir, Mechatronica’s MEJLE, Ekman, and Snuffo all taking centre stage. Collaborations with Jensen Interceptor, Assembler Code and CJ Bolland have also seen their personal stamp placed on the unfolding debauchery. Entering the eve of their 4th birthday there’s no signs of halting this trend either as Dollkraut takes to the main controls. Tipped to blend high intensity body wave, complex textures, and electro tinged post-punk alongside reality-bending visual artist Lyuba Matyunina.

Her contribution to the cause comes in much more tactile fashion, interested in creating alternative worlds and mythologies inspired by ideas of anonymity and the unity between the non-human and human life. To do this she creates masks and costumes which inhabit her work in tandem with sound, voice, and dance. These curious layers of transformed reality will fill the RADION’s Bovenkamer with a mystical, shifting atmosphere where all sorts of magic can happen. 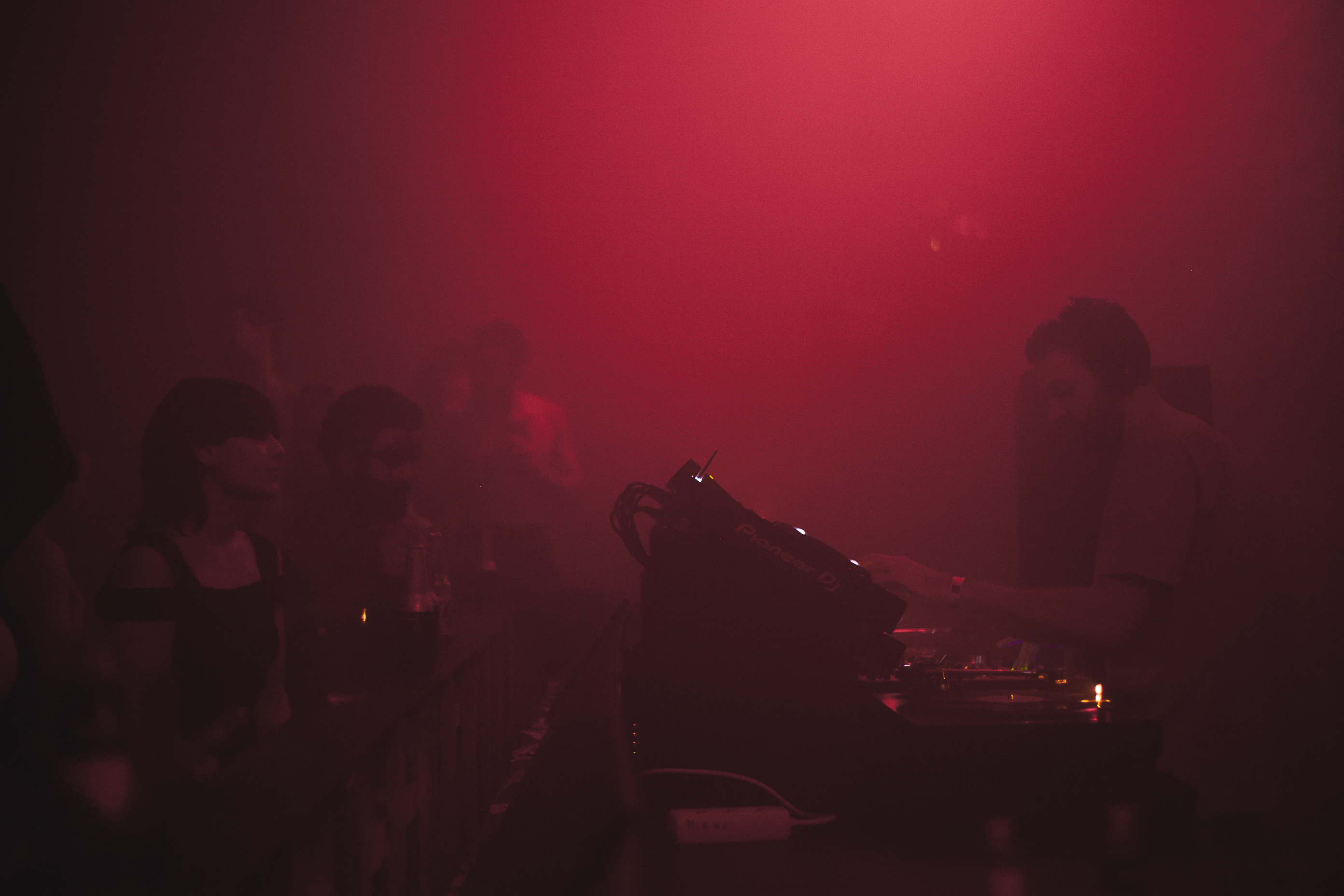 And what does the future hold for the HDE collective? Plans for the last two events of the season are already in motion, one of which will take place in Brussels in June. Talks with UK promoters are also under way where HDE will fuse with the darker side of the Brit electronic scene. For them it’s about continuous evolution, collaborating with a steady stream of uncompromising artists who will always bring a distinct artistic flair to the HDE experience.

Most integrally though, there is a clear motive to stay true to the themes from which this all began: “We will continue to look for that specific characteristic that corresponds with our philosophy, rather than booking what is trendy”, they are keen to emphasise. “We cannot take away from true freedom of expression and authentic creativity by being bound to certain labels. We are a dark element - literally - that is sexy and melancholic but dance-fuelled and energetic at the same time. These elements must come together to form the very essence of HIS DARK Elements”.