'To hell and back': Seven Davis Jr. talks mental health and the road to recovery

"You’re going to mess up at times, you’ll be humiliated, there will be setbacks, but keep moving forward. Do that and everything will sort itself out."

'To hell and back': Seven Davis Jr. talks mental health and the road to recovery

"You’re going to mess up at times, you’ll be humiliated, there will be setbacks, but keep moving forward. Do that and everything will sort itself out."

Year on year, conversations around mental health seem to simmer around the same topics and questions: How has the stigma changed, if at all? Is there enough support available? How can we empower people to speak up about their own personal experiences?

Of course, these discussions have come on leaps and bounds over the last decade or so, but many still don't feel heard or supported. While some people are lucky to have incredible support networks around them or the funds to seek professional help, others may not have that luxury.

From personal experience, mental health difficulties can be exacerbated when you work within the music industry. Aside from the late nights and the inability to switch off, it can be a fickle scene to work in—one of expectations, pressures and constant self-comparisons—whether you strive to ignore the demands that come with it, or not.

The impact of this on people's lives can be monumental; in the case of vocalist and producer Seven Davis Jr. it brought his life, career and relationships to a cataclismic halt. While many were getting to grips with daily life under pandemic restrictions, Sev was coming out the other side of a five year self-induced lockdown after a longterm battle with depression and PTSD.

From the outset of his mental health difficulties, a domino effect occurred: his depression and withdrawal led to gig cancellations, which caused financial worries that broke down his professional relationships, before driving him towards self-destructive behaviours. So really it begs the question: had there been enough support available and a deeper understanding from those around him about his struggles, would Sev's situation have reached that point?

It's only in the last year or so that I've began to understand my own and other's mental health experiences, mainly thanks to Mental Health First Aider England training (which I'd recommend to anyone and everyone), and now I'm able to successfully listen to others non-judgementally and to help them seek support. But without the tools and the knowledge, it can be easy to construe behaviours as being part of that person's make up — that's not always true. You have to look a bit deeper, try to understand their situation and leave your judgements and biases at the door.

For Sev the last five years have been tumultuous, but now he's more than on the up. With a fresh perspective on life, he's been back in the studio making music and has just relaunched his Secret Angels imprint. In this candid interview about his experiences, his road to recovery and how music has been a form of therapy, Sev makes it apparent that much more needs to be done within the music industry and beyond to change people's perceptions of mental health, but he also makes it known that there is a way out the other side, even if you can't see it yet...

Hey Sev, thanks for chatting with us. We recently read that, while people have been getting to grips with lockdown over the last year, you’d been in a self-induced lockdown of your own for over five years due to your mental health. It must have been an incredibly difficult period. How are you feeling coming out the other side?

Feeling great actually. Have this whole new understanding and appreciation for life that I guess took going to hell and back to acquire.

How has your focus and your outlook shifted since? In terms of what’s important to you and making sure you’re putting your mental health first.

My focus is on health at all costs and protecting my personal relationship with music. Now I see it’s very possible and know what I need to do in order to achieve a healthy life/music career balance. That’s what I’m after.

What were the biggest lessons you learned during this period?

The biggest negative lesson I learned, stay the fuck away from the “cool crowd” types. They are fickle wolves with sheep brains. Keep them at arms length or further because the second you do something they don’t like, they’ll turn on you.

There’s a poem by Charles Bukowski called “The Genius of The Crowd” that describes that perfectly. The most important positive lesson I learned, life isn’t perfect and that’s fine.

You’re going to mess up at times, you’ll be humiliated, there will be setbacks, but keep moving forward. Do that and everything will sort itself out.

Did you find there were places and people you could turn to?

To be honest, no one would speak to me. For context... I fell onto hard times financially because I couldn’t function during that depression, plus other set backs. Ended up canceling bookings and owing money. Combined it’s less than $10,000 that I owe, split between three promoters and one PR company. Tried to explain my health situation but was accused of being a thief immediately. That’s when the years of evil emails started from dance music’s finest assholes. Emails telling me I’m a piece a shit, a joke, wishing me sickness and homelessness. Threatening to make me go broke. Vows to make sure no one plays or streams my music. Promises to make everyone unfollow/dislike anything I do. Never ending threats. And after a while no one would talk to or work with me. When they did it was only to throw accusations in my face.

It became a situation where I did lose money, money I was planning to use to pay those debts off (idiots). And after rent, food, medical expenses, using up my savings, I was left eventually unable to pay anyone back. All this while trying to decide if my life was worth living. I’m not a fucking thief. I was depressed, suicidal and broke that’s all. Still recovering financially as we speak and planning to sort those debts asap, like I have always planned.

Anyways, I say all that to say this, on my road to recovery I did manage to meet like minded people who know my good character and integrity. So yes now I do have people I can turn to, but during my depression I was left for fucking dead. 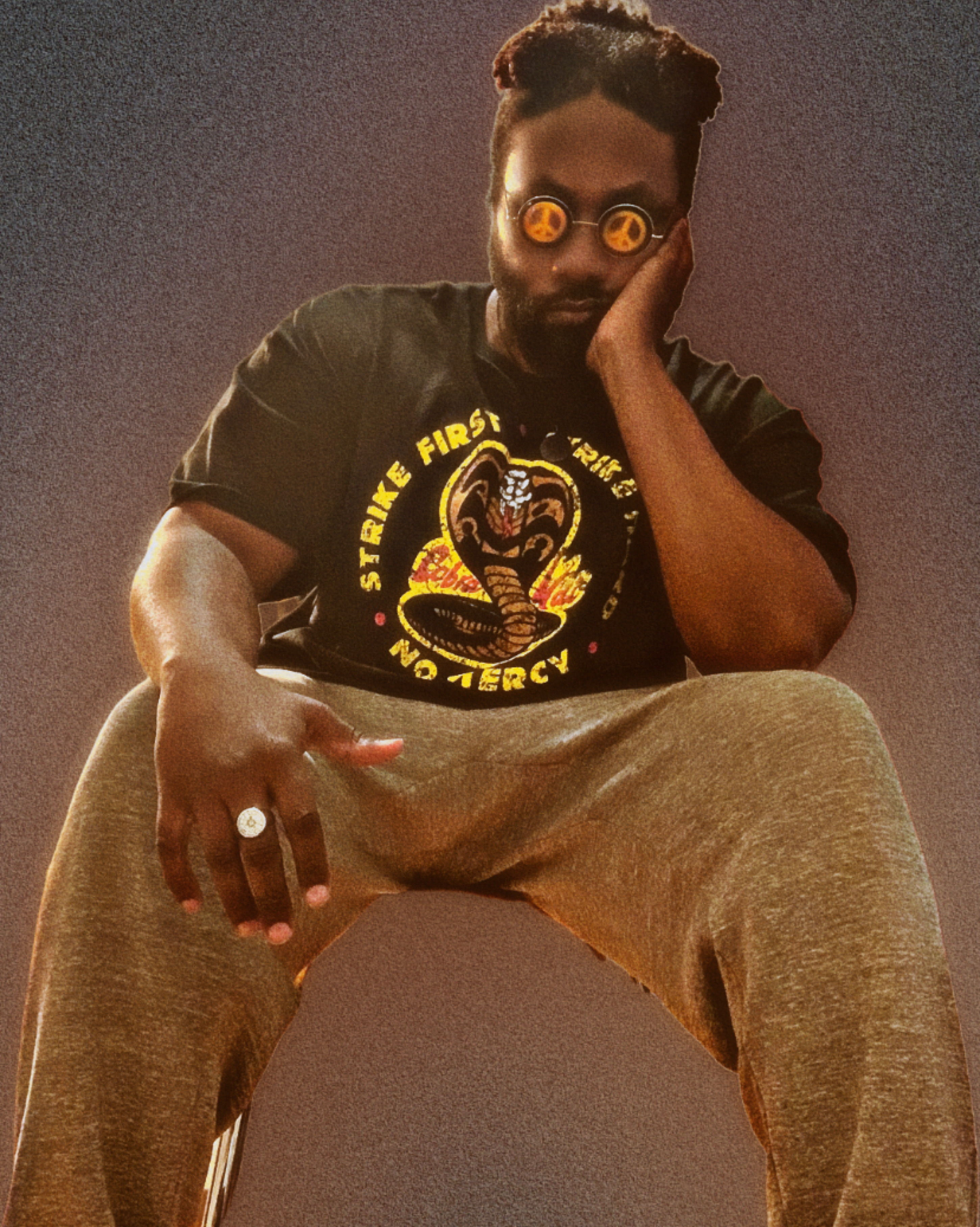 Do you think the stigma towards mental health has changed within the music industry? What changes would you like to see?

Nope. Since speaking out about mental health I’m now being called “crazy” on top of being a “thief” and whatever god awful filth those kind of people say. Sadly I stopped wishing for other people to change and don’t expect they ever will.

What advice would you give to others within the music industry who are experiencing difficulties with their mental health?

Get away from anything or anyone that is a negative influence on your health. Even if it’s your family members, your partner, friend circle, manager, agent, record label... get away from them all. Protect yourself at all costs. Seek professional help and then re-introduce them back into your life when it feels safe. And if they continue to be a threat to your health, you’ll have to seriously consider if they should be in your life.

You’ve been pouring a lot of time into music and restarting your label ‘Secret Angels’. Has music been a form of therapy for you during these times?

Yes, music always been there for me. It’s been helping me survive since I was a kid. Without it I’d be in prison or worse for sure. Making music/listening to others music is definitely therapeutic. I want the musical output from my label to connect with others in that very same way.

How has the vision for ‘Secret Angels’ changed with this relaunch? Have your experiences over the last few years changed your musical outlook?

This chapter things are being run on my own relationships that I’ve built and or are currently building, not grandfathered in relationships from some industry wankers. The people I’m working with now truly believe in me and what the label offers. They’ve seen my ups and downs and haven’t judged me. The experiences over the years have made me more militant in protecting my dreams but also more nurturing. Took a while but we’ve managed to build a good team and I’m seriously excited for what our little family is planning.

What’s in the pipeline for the label? Can you let us into some of the schedule?

Well my album is up next, looking forward to that, it’s a super fun project. After, we have a very unique release schedule from artists I think will be good for the international community of various genres. Mostly artists from US because I feel like we aren’t being represented at the moment, but of course also artists from across the pond. I still have love for my UK/European peoples even though I haven’t been there in ages. Don’t want to say who the artists are on the schedule yet. At the moment we’re all finishing our projects but soon the Secret Angels crew will be out and about for sure.

What does the future hold for Seven Davis Jr.?

I’ll be honest with you, it’s feels like I’ve been in prison. And like someone who’s been locked up and gets out, I just want to live my life. I haven’t murdered anyone (yet). All I’ve done is stand up for and defend myself. That’s my crime I realize, not conforming. Not being straight, not being gay, not being one genre, not following the path of everyone else and so on. This next chapter I’m choosing happiness moving forward. Even if I gotta run some mfs over. One thing I can tell you for sure, I’ll be releasing a lot more music.