A Poser's Guide To Post-Punk, Whatever That Is: Omni

This time, we give our attention to Atlanta's Omni.

A Poser's Guide To Post-Punk, Whatever That Is: Omni

This time, we give our attention to Atlanta's Omni.

Welcome back, reader. Days ago, when this section was introduced, I fumbled my way through an acutely hypocritical argument mocking music journalists of a previous generation for how they clamoured to scoop up the contents of the room whose door punk kicked in. They were excited, naturally, and as writers, it was in their best interest to be able to refer to this *shudder* “new musick” as succinctly as possible.

Difficulty arises, however, when referring to the post-punk ‘sound’. How could the plethora of wildly disparate results that the cultural implosion that punk made possible ‘sound’ one way? Evidently, it couldn’t. So, I reiterate my earlier argument: we're talking about a set of aesthetic principles characterised by mechanical grooves, the push and pull of assonance and dissonance, and rampant experimentation. Precision is passion is precision. Post-punk might retain punk’s energy and aggression, it might scorn it, though it will likely abandon the three-chord progressions that made something as provocative as punk accessible and vital as a result. Not out of a disdain for simplicity, but out of a desire, even a need, to question what’s possible in the 'band' format. 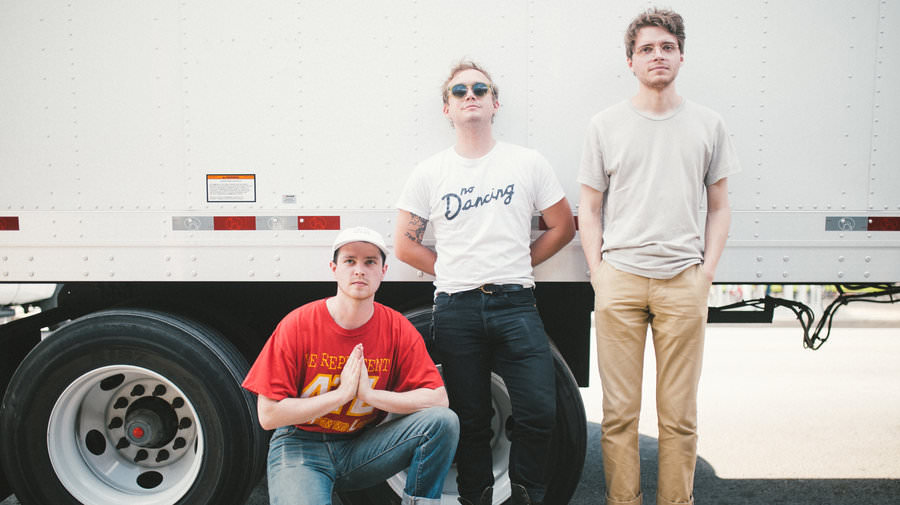 And so, without further ado, I present to you our next victims, Atlanta’s Omni. Like last week’s stars Tyvek, Omni’s online presence is sort of half-existent; their scantily updated facebook page doesn’t portray them half as well as the mosaic narrative one can compose from the live videos fans share and the interviews they conduct. What’s certain is that they’re two stellar, unsung LPs deep into their discography: Deluxe and Multi-task. Both peddle a guitar-centric brand of impossible intricacy, wound ultra-tight and sharpened razor-sharp. Also, both were released by Chicago’s Trouble In Mind Records, the stable responsible for unearthing the likes of Ultimate Painting, Primitive Parts, Night Beats and countless others.

As can be said for many acts operating in relatively DIY spheres of music, there is much to be said for taking the time to research its individual members’ musical pasts. Omni’s guitarist Frankie Broyles, for example, began fronting Balkans at the age of 18: a skittish, hyperactive post-punk band that might be described on similar terms as Omni, but whose songwriting lifts more heavily from pop tradition. When they went on an indefinite hiatus in 2013, Broyles somehow found himself the touring guitarist for Deerhunter and contributed to their 2013 record Monomania, then released some great solo material on Lefse and Atlanta’s own Skeleton Realm. Finally, Omni began. Perhaps it’s Broyles’ restlessness that was transplanted onto the less tangible body that is Omni’s music; as energetic and angular as Balkans’, yet more creative, more singular. 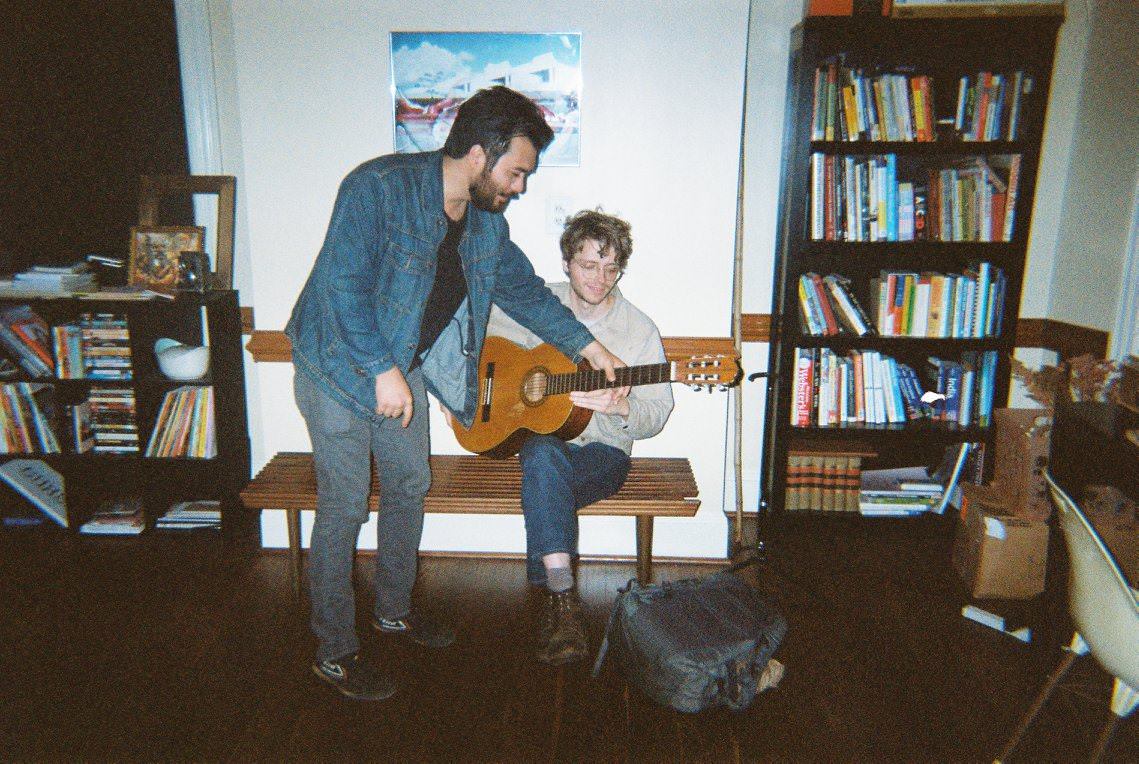 A shoegazer by technicality alone, the complexity of Broyles’ guitar playing demands all his concentration during performances, where he is almost confrontationally non-performative. Its interplay with frontman Philip Frobos’ basslines would be the chief talking point was current drummer Doug Bleichner’s (and previous drummer Billy Mitchell’s) playing not inventive enough to retain as much musicality as either stringed instrument. It’s not surprising, then, to learn that in 2016, Bleichner released a full-length ode to succumbing to peer pressure; ten tracks of breezy, introspective indie entitled After Love, also on Skeleton Realm. 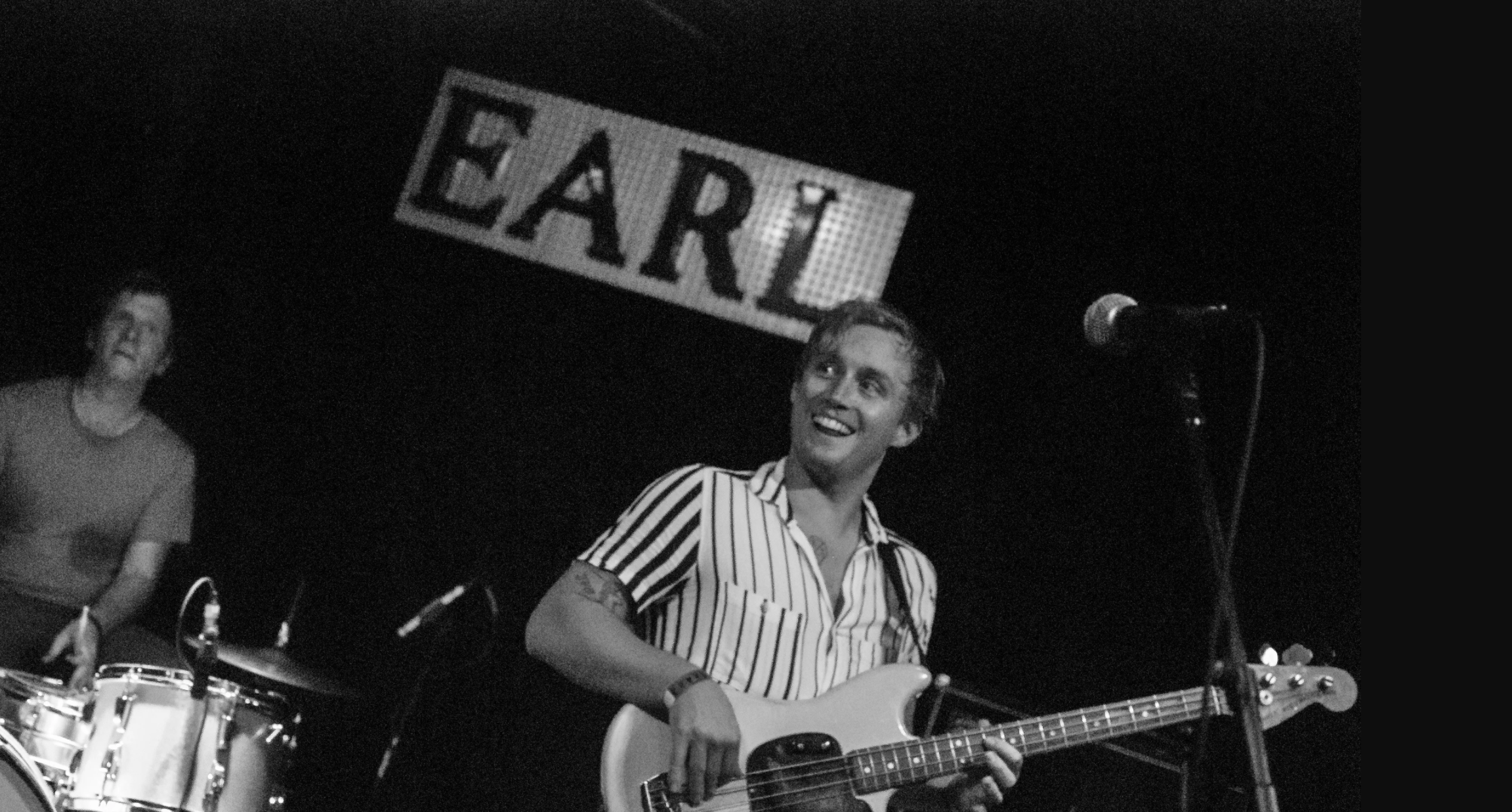 Frobos is charismatic in the traditional sense. He cut his teeth with noise rockers Carnivores alongside Nathaniel Higgins, the only producer whom Omni have worked with to date. He appears built to be a frontman, handsome and facially animated. He commands the bass in such a way as to genuinely make it look like an extension of his body, a physical attachment, such is the ease with which he performs such dense material. A camera on him alone during an Omni performance watched back on mute would evoke a wedding band.

The style in which Frobos performs is microcosmic of what makes Omni fascinating. Their breathtaking, nervous energy feels effortless, not contrived. I hope below’s selections, a reel of highlights from their two LPs Deluxe and Multi-task, illustrate this.

Keep up to date with Omni on Facebook HERE.

Omni - Southbound Station from 'Multi-task', released in 2017 by Trouble In Mind Records.