Balanced and enticing, perhaps the strongest edition to date.

Balanced and enticing, perhaps the strongest edition to date.

Manchester Psych Fest approached its sixth campaign with a simple but pertinent objective: to redress the gender imbalance that has long been a sticking point in festival programming. Rather than risk landing themselves in hot water à la Moogfest, the organisers met their objective sensitively – simply ensuring that all-female or female-fronted bands were as prevalent as their male counterparts. This attitude permeated throughout the festival, down to the DJs and artists who brought sound and character to each of the four Northern Quarter host venues: Soup Kitchen, Night & Day Cafe, Band on the Wall and The Peer Hat.

Ultimately — and as the final bill was testament to — parity really isn’t that hard to realise. The festival has expanded year on year and 2018 represented its most balanced and enticing line-up to date. Alongside the assemblage of psych, post-punk and experimental rock acts, were a team of artists led by Louise Rivett, who curated the festival’s projections, exhibition and performance art. And of course, there were the DJs, food stalls and pop-up attractions now customary at the modern festival.

Our first steps on a sticky Saturday afternoon took us to Night & Day Cafe, where first to the stage, Mold delivered one of the day’s major surprises. The Manchester-based five-piece wore plain black, their painted faces recalling Arthur Brown’s God of Hellfire guise. Their look was but a small part of their absorbing stagecraft. Factor in the bowing of a saw, occasional instrument swapping and their frontman’s physical interactions with the crowd and you had the makings of a set that was impossible to turn away from. The group thrilled, shocked and mystified with their Death Suite, an extended number with the eccentric prog properties of Blossom Toes material, acerbic lyrics that could’ve spilled from the late Mark E. Smith’s pen and jarring, angular chords that called to mind no wave bands such as Contortions. 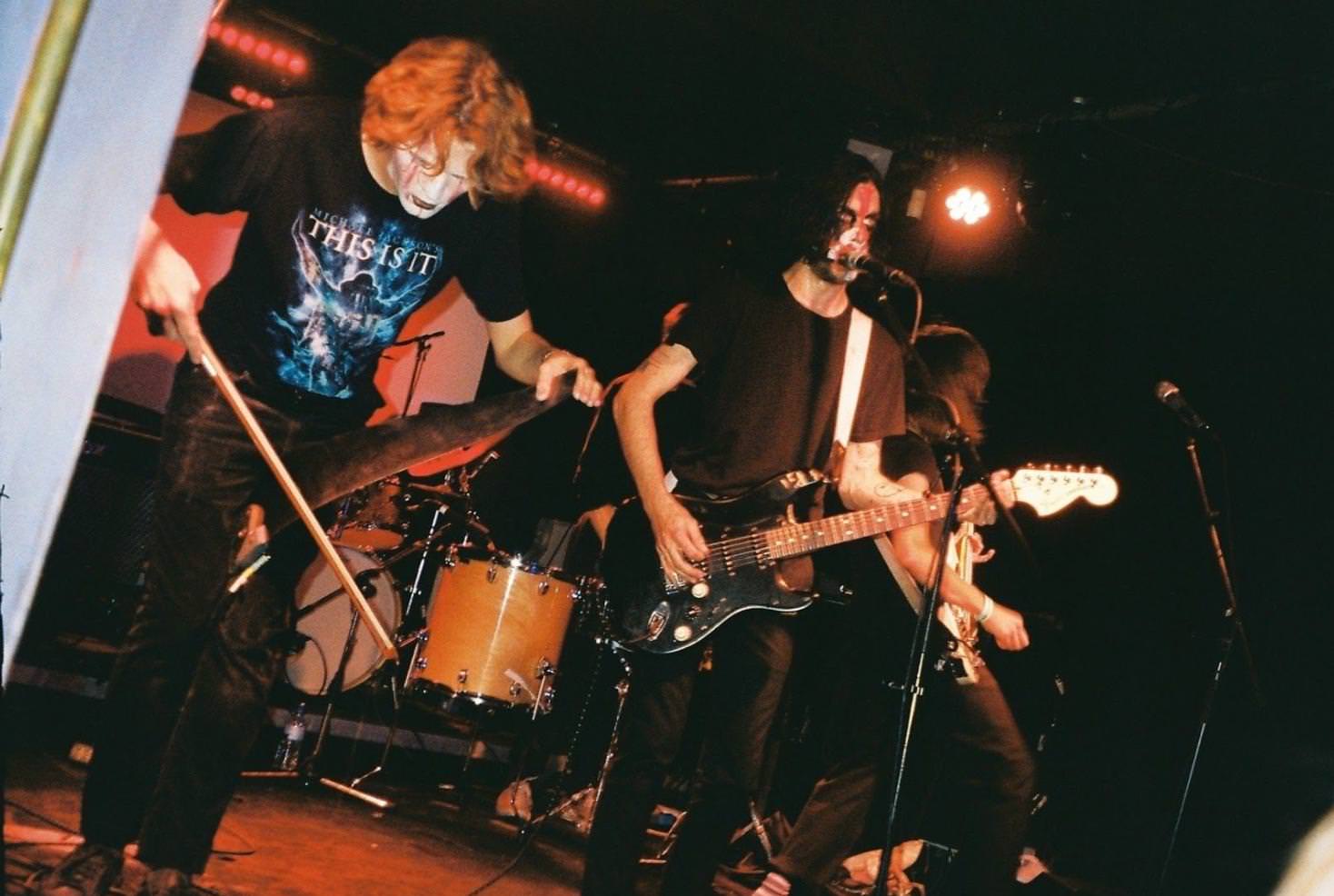 Immediately after them came Swedish artist Hannes Ferm and his four-piece, HOLY. Their comparatively subdued set was witnessed by a depleted crowd, as other sets commenced across the festival site, but that only drew those in attendance in closer. HOLY’s rich psychedelia called to mind the productions of Todd Rundgren, bands like Pond and Trevor Powers’ retired project, Youth Lagoon. Ferm was an unassuming yet intriguing performer, sporting a long overcoat and hand-cut t-shirt, exploring the limits of his wild falsetto and achieving a resplendent sound with his 12-string electric guitar.

Heading from there to the Peer Hat and later crossing Stevenson Square to witness the ILLness at Soup Kitchen, we were presented with two of the most aggressive bass tones we could’ve hoped to hear. Be them symptomatic of the subterranean performance spaces, a hasty line check, or a basal desire to shake listeners to the core, they made total sense! Macclesfield’s Grimm Twins played to a packed Peer Hat basement, local interest in the mysterious micro-movement that is Bleichpop Corporation Ltd. presumably drawing the crowd. Their anthemic new single Generation Z was a standout track and while one or two others lacked that same cutting edge, the group played with such assurance and togetherness that it barely mattered. The tone and energy switched up dramatically as we crossed to Soup Kitchen. Anger is an energy and ILL know how to harness it. The strength that surged through their provocative lyrics and instrumental tones created an environment in which everyone could release their pent-up rage and march to the beat of disobedience. 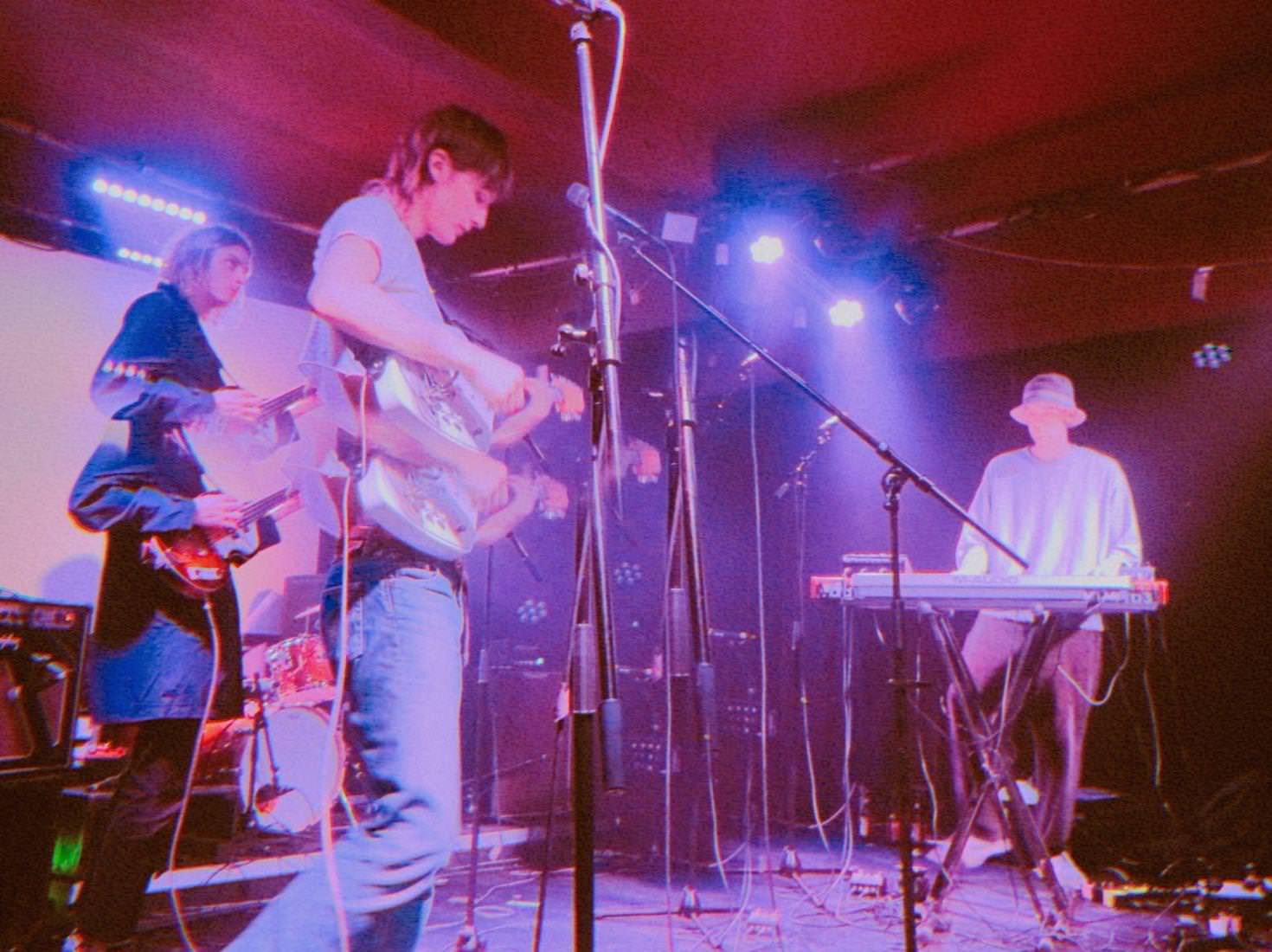 After that sonic onslaught, The Asteroid No.4’s softer and more spacious psychedelia, provided welcome respite. The show marked the twentieth anniversary of their debut LP release (although little was made of the milestone) and the performance was as well-executed as you’d expect from a band with twenty years of dedicated service. The Californian outfit sounded fantastic: maracas, guitars, vocals, drums, bass all discovering a spot and remaining there unopposed. The set contained new material, such as the trippy title track from their new album Collide and The River, from the self-titled release that preceded it.

Impressed by the sound at Band on the Wall, we stayed put for noise-rock quartet, The Wytches. A noticeable crowd turnover took place as the bands traded places and by the time the Brighton-based group were ripping into fan favourite Gravedweller, a cluster of devotees were pogoing to its dark, grungy groove. Despite their heaviness, the band were incredibly tight, never faltering during their hour-long set.

Torn between four tremendous headliners, we took the plunge with Rocket recordings artist, Josefin Öhrn. While the band played well and brought an undeniable presence to the stage, the set unfortunately lacked the clarity and dynamic shifts that earlier acts had impressed us with. Josefin’s soft vocals were sadly submerged beneath instruments jostling for position. The experience revealed the festival’s only apparent downside, that some bands may’ve been better suited to alternative spaces and that such strong headliners made for difficult dilemmas. There are, of course, worse problems for a festival to have! Manchester Psych Fest was a joy. Inviting environments, brilliant bands and a basis from which to explore further.