Taking the quaint seaside town of Southport by storm for a weekend of depravity is Bangface Festival. Legendary amongst alternative circles and those who detest sleep, the annual festival features a line-up of some of the hardest and most energy-fuelled music on the electronic spectrum. With this year's outing coinciding with the Coronavirus pandemic and the ban on events that followed, attendees recognised early on that this would be their last party for a while...

As a first-timer, I had vague ideas of what to expect, but my limited imagination couldn't quite conjure the levels of absolute madness that would follow over the next few days...

My experience began on the preceding Thursday, hitching a ride with a group of well-seasoned Bangface veterans, eager to extol the nature of the festival to the only newbie in the car. The five hour drive consisted of tales of badly planned beach parties, ending hastily due to the oncoming tide, to residents taking their dining table for a swim in the onsite pond, with aims of having “dinner with the ducks”. 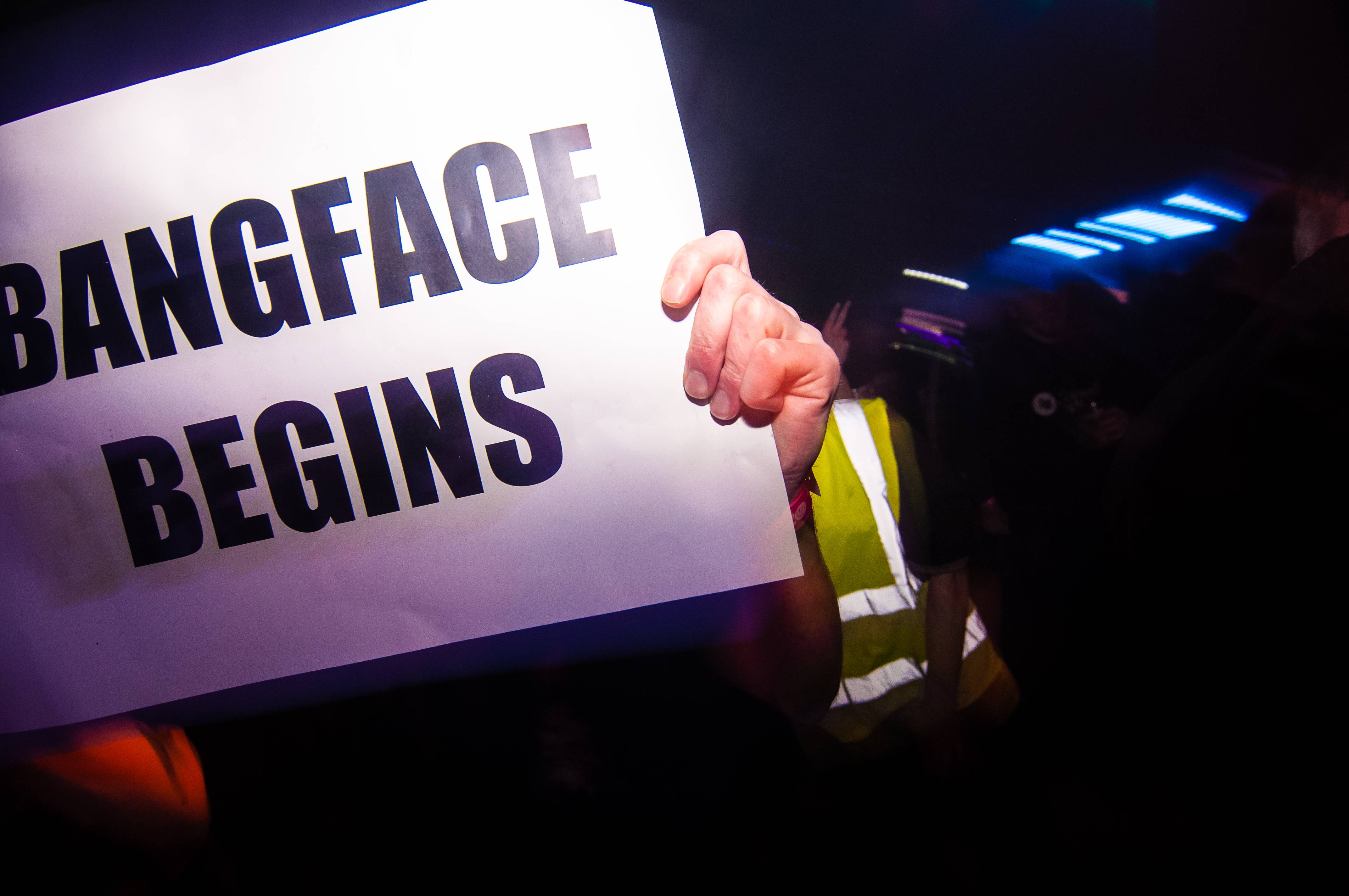 The festival site, a repurposed Pontins holiday camp, came complete with dilapidated chalets adorned with CGI mascots teetering on the edge of the uncanny valley. After meeting with a bunch of heathens from the South West whom I had the privilege to spend my weekend with, alongside a bemused but eager Californian friend on his maiden trip to the UK, we checked into our chalet. Equipped with no mod cons, bar a cold shower and anti-posturepedic beds, the chalet would serve as a temporary retreat to periodically guzzle Buckfast and chat to anyone that stepped through the constantly open door.

After meeting neighbours from Germany, Switzerland and Taiwan, it became clear just how much of a reputation Bangface has internationally, with all of them stating there’s absolutely nothing else like it. Trust the Brits to dominate at debauchery.

Partiboi69 set the tone for the weekend’s ridiculousness on Thursday evening. Ghettotech spun by a ponytailed man with a penchant for shell suits and ill-fitting sunglasses. Given Pontin’s regular activities of prize bingo and the Ago Doo, a bunch of neon-drenched miscreants finger blasting to Breakcore didn’t feel like too much of a deviation. Throughout the weekend, the Bangface crew would litter the venue with a variety of inflatables, leading to crowd surfing in rubber dingys and repeatedly wacking your mate in the head with a blow up crutch. This year’s theme was children’s tv characters, with those dressed in nostalgic garb possessing the most demoralising behaviour. Long story short, watching Pingu will never be the same again. 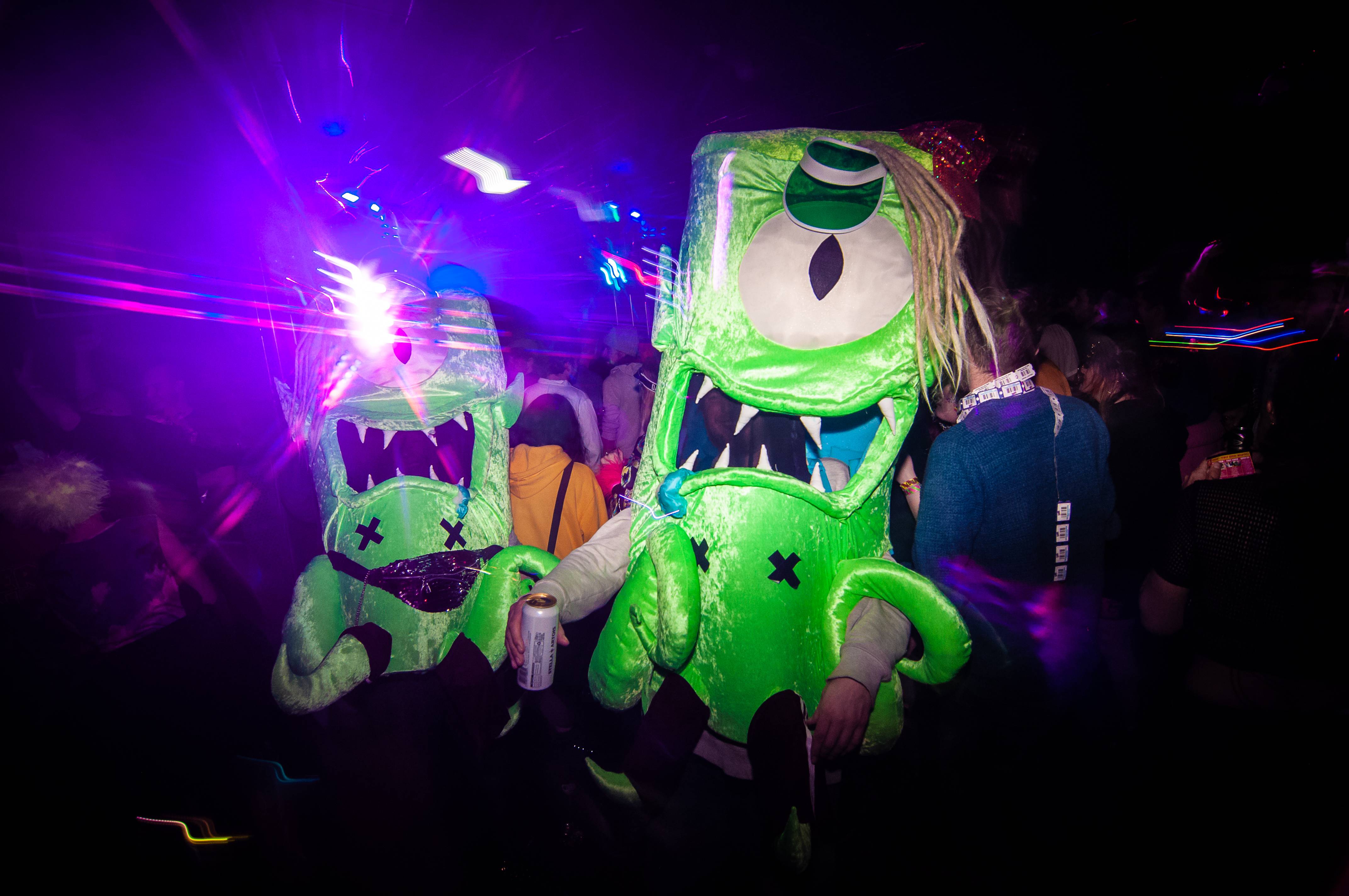 Given the remote location of Pontins and sheer lack of wifi across the park, losing your friends was a constant battle. Stumbling to each of the venues in search of your pals would often lead to a spiritual journey through the arcade, usually resulting in a two hour conversation inside a video game cabinet talking absolute shit with your new best mates.

Upon closing each night, people would be herded from the main venue and out on the street, before jumping between a series of after-after-parties back at the chalets, powered by supposedly banned speaker systems. Fair play to them, it’s not exactly easy to hide a PA system in your wash bag.

As the weekend progressed, more and more news about the pandemic seeped in, with travel bans resulting in a large number of the headline acts being cancelled. To give both the Bangface promoters and festival goers credit, plenty of fantastic alternatives were provided and things were handled with the best of spirits.

Throughout the duration of the weekend, the camp’s onsite TV equipment was hijacked by Bangface to pump out a series of increasingly bizarre broadcasts into the chalets. Much of the content proved to be nightmare-inducing, with the haunting background noise of a left on TV seeping into my sleeping subconscious. 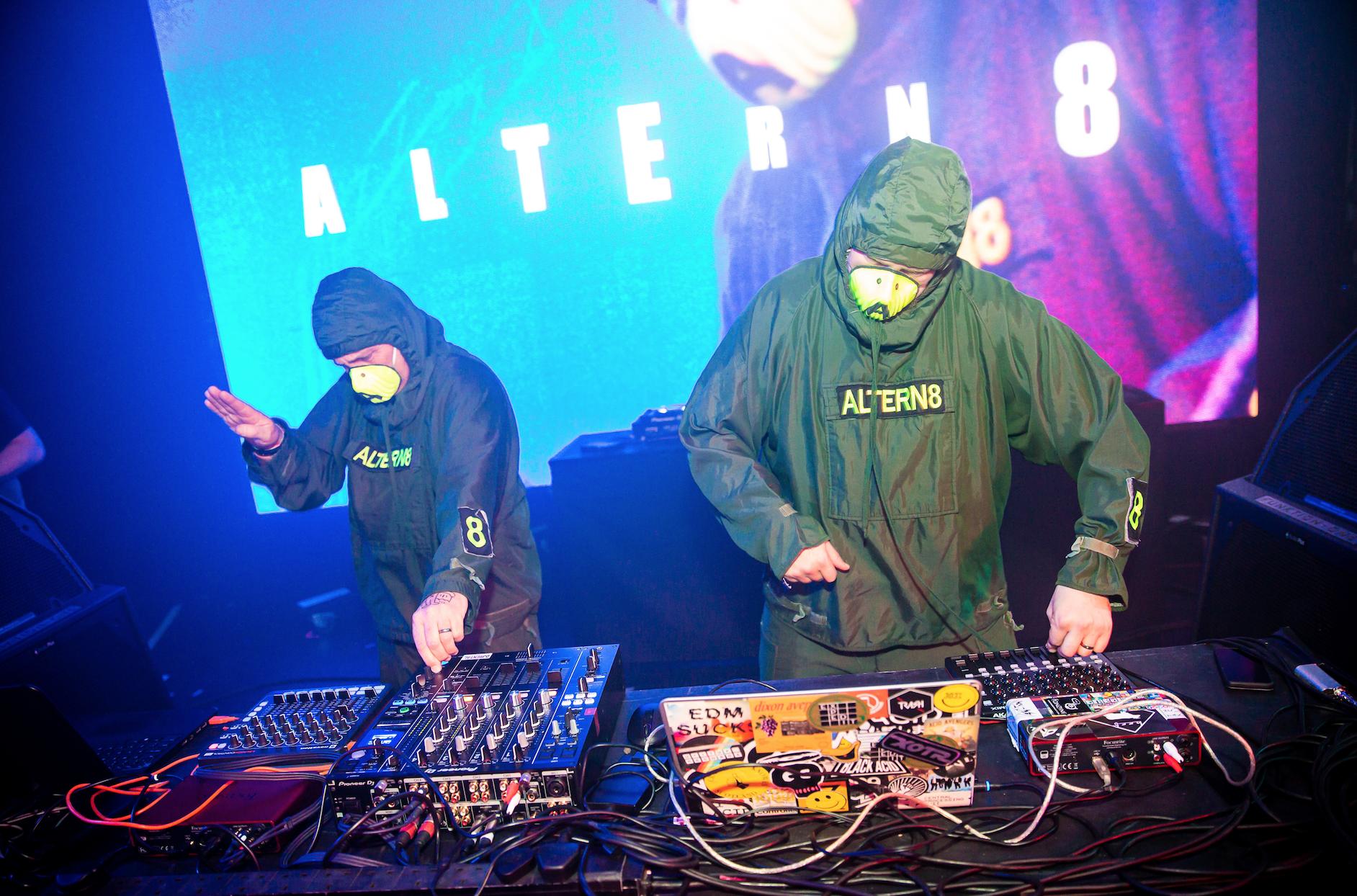 Saturday afternoon brought with it my personal highlight of the festival, a gabber rave in the onsite swimming pool. The usual rules of no heavy petting were shamelessly ignored in favour of water-soaked chaos; the frenzied mass movement of swimmers created a riptide which took me underwater, before floating up amidst a clump of 30 ravers, clinging to each other like fire ants in a flood. Hands down, it was the most fun I’ve ever had at a festival.

As Sunday arrived, it brought with it my favourite DJ of the weekend, Coco Bryce. Just when you’re struggling to muster up the energy after three days of constant partying, an hour of quality jungle techno on a decent system revitalises the spirit. Saint Acid and the Bangface Hard Crew closed things out with the final set of the weekend, finishing on a mosh pit-inducing hardcore remix of Black Sabbath’s War Pigs.

With four days of no sleep and a swan dive into the overdraft, Bangface truly chewed me up and spat me out. See you next year.