Berlin, Spring 2021. No spreadsheet, no entry, bitte. It’s longer than queuing for Berghain but without the uncertainty.

The prior weeks of data collection set the tone for a uniquely dystopian party experience. It felt simultaneously like a window into the future of clubs and a glimpse into the musical past.

Semi-isolating for just this one night out did drag a little but we’re all used to a little lockdown. It was nothing on last Spring and the Autumn/Winter that came after. Here in Berlin we’re grateful for a relatively easy 18 months. Others were less lucky.

Each of the four in our arranged group had been diligently logging data on sleep, sense of taste, and temperature, as well as noting everyone we had been in contact with. All of this data is faithfully filed directly to the club through their website before we embarked on our night out.

The information is stored centrally and creates a database able to track an outbreak back to an event. Germany dealt exceptionally well with the virus but has always lagged behind the rest of Europe in digital technology. The centralized tracker app schemes firmly in place in Asia have met technological and political problems in Europe. The Germans especially are very wary of anything resembling surveillance. 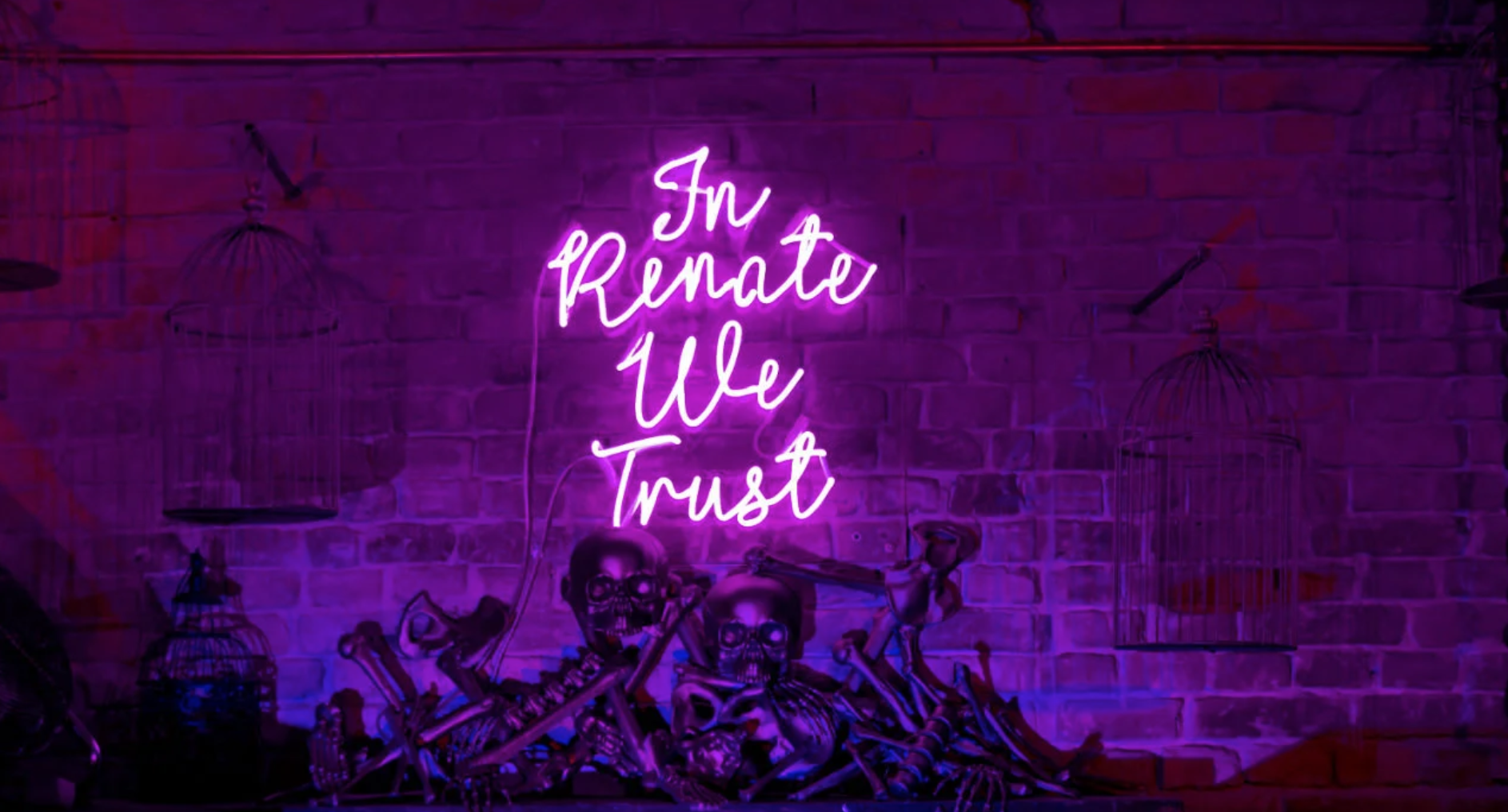 The club had made their mixed feelings about reopening well known. Grudgingly they had to accept that until the new vaccine is widely distributed around Europe, they simply couldn’t go back to the madness of before. With the German government rent support for cultural businesses ending in mid March, it was time to restart.

With the rush of anticipation for clubs reopening this Spring, tickets had been bought months ago. Despite the milder than anticipated recession, many nights were selling out long in advance. Walk ins without tickets were a thing of the past: club hopping now requires proper planning.

Even with Panorama Bar still closed, Renate’s competition was hot. Amongst other options, local couple Tama Sumo and Lakuti hosted Fred P at a new secret spot across town and the start of the now strictly distanced Buttons weekender. Even so the night, run by another local based talent Damiano Von Erckert, was a sell out.

At 5pm the taxi we had prearranged with the club arrived to collect us. Time to release that energy like a coiled spring. To embrace the freedom we could find in the music.

We were among the first people arriving as the sold out 150 crowd filed into the club at their prearranged 10 minute intervals.

With the Schwarzer Raum open as well as the spacious courtyard, the promoters had made a huge effort to make sure the venue was on top form. The usual ensemble of oddball installations had been reinforced with a new artistic direction that filled the extra space and kept up Renate’s intimate vibe.

Security floating around the club is new for Berlin and was a little intrusive at first. In the good old freewheeling days you would just see a few guys on the door, but the casual look began to blend with the background as soon as the strong cocktails kicked in. With the early evening start, bar staff have an important role to play. Some were taking continental measures very, very literally. 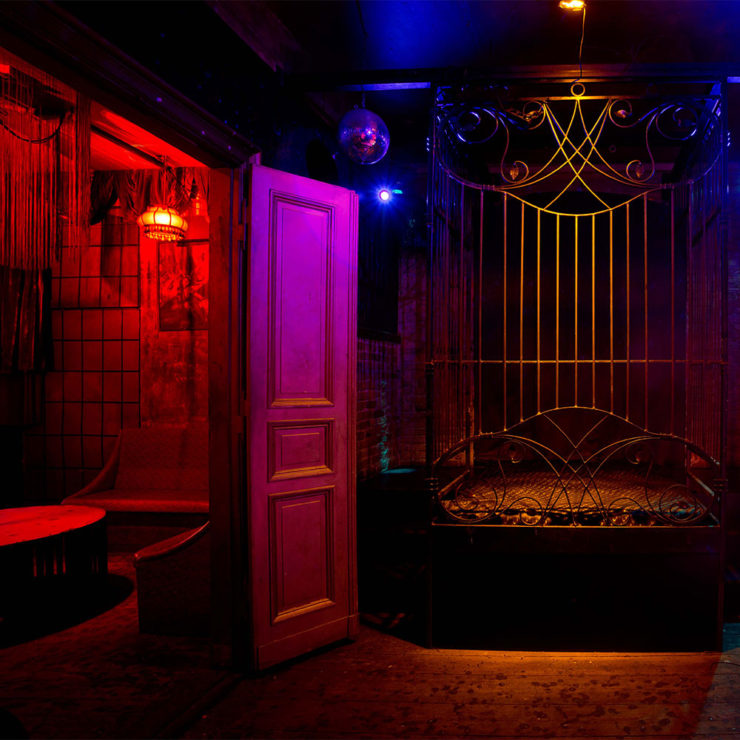 Although not quite as charged as usual, the atmosphere in the club was warm and social distancing definitely gave you more space to move. Most people gladly filled their expanse with flamboyant moves although I did feel for the more awkward dancers.

We got the feeling that, on the dance floor at least, things were harking back to a mythical bygone age of freedom. There is space to express and connect more deeply with the music through the body. The DJ never had to push the levels and with a warm sounding DJR400. In these conditions the mixer’s uniquely bulbous and bouncing bass comes into its own. Hypnotic tunes rather than hits worked best throughout the evening.

Winding things down around 20.45 with a Moodymann b-side, Von Erckert eventually returned to the decks at 21.15 for the second half of his set 5h30 set.

Pre-corona the music had taken a turn for the dark. Big room trance and techno dominated even medium sized clubs. I felt this isolated DJs from dancers more often than not but tonight there was a genuine connection, a conversation going on between the DJ and the respectfully socially distanced – yet up for it – crowd.

Amongst continuing travel restrictions, the reopening of clubs in Berlin had forced them to concentrate more on local based talent. The likes of Damiano Von Erckert, who were able to financially persevere through over 18 barren months, are now relishing the chance to connect with fresh crowds.

Von Erckert’s relentless positivity pulled everyone in from the start. Dipping into the past with many of his selections, there were many nods to the originators; classic New York, Chicago and Detroit sat easily between straight ahead Euro foil and the odd Afro house tune. After so long without a party the audience were quickly smitten. It felt like a reset moment.

After half an hour of silence for the club to be cleaned and for dancers to sanitise themselves, things resumed with a darker, percussive mood. 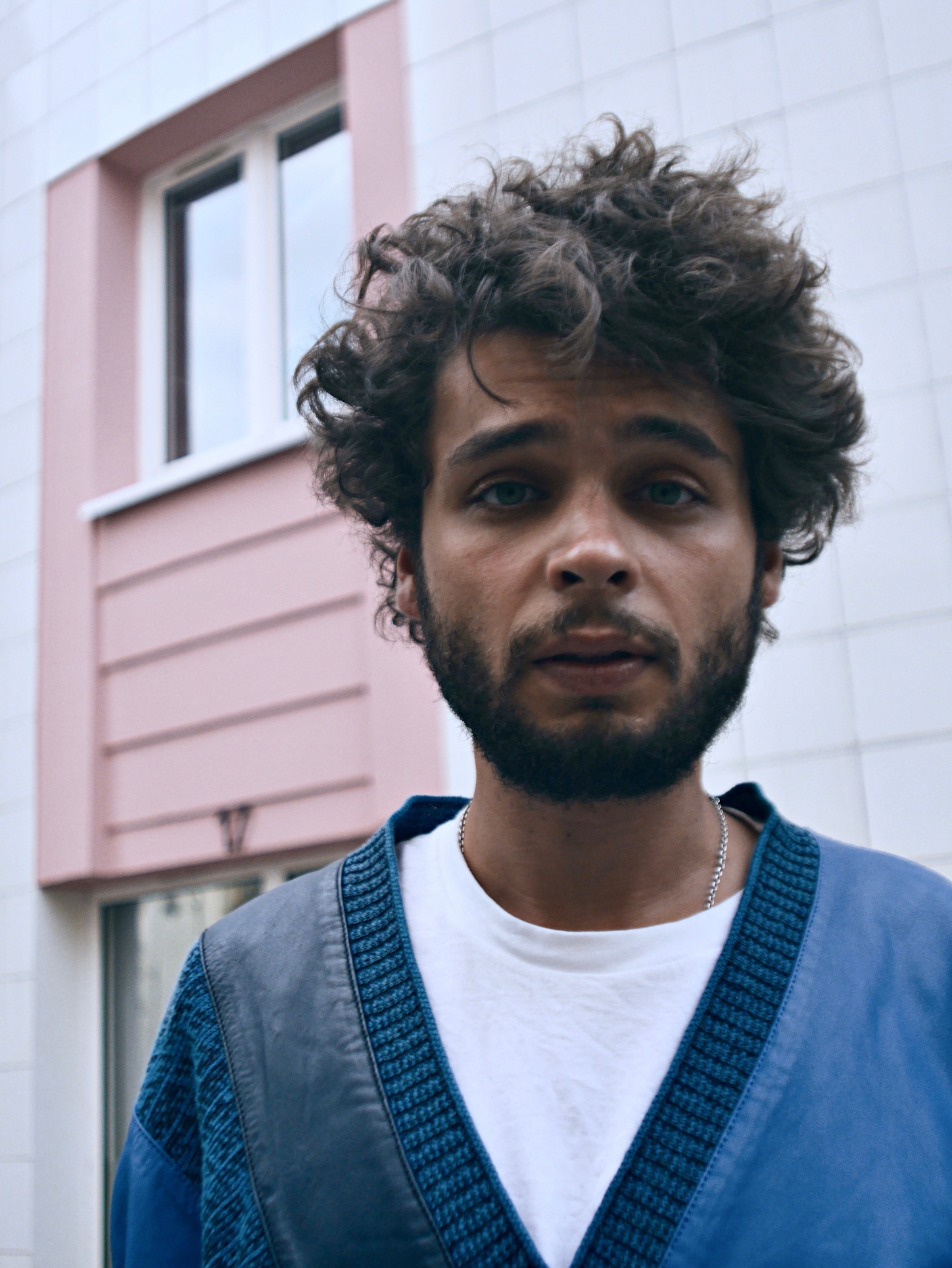 Before DVE’s extended set, newcomers from his AVA. label were on the warm up. As many label owners look to adapt to the current climate, Von Erckert is programming the entire line up for the shows he books; “fees are lower these days,” he said, cigarette clamped between his lips, “but it’s important to give a more authentic and full on AVA. experience over the night. It also means we can put more care and attention into preparing the right records for the night.”

While other clubs have experimented with the Zoom screens now very familiar in 2021 to sports fans, Renate preferred to keep the atmosphere cosy. The club did offer a Zoom party with the music from the club available to the first 50 subscribers, I’m told those people danced along and had their own party at home or listened in while cooking dinner.

“The new normal” is radically different to what we had before. It feels like the DIY aesthetic is back. Much of the pretense and commercialisation that was a blockage pre-COVID has slipped away. A whole scene is resetting itself. Reconnecting to the source of the culture is like falling in love all over again. And, in the hands of venues and artists who truly can truly revel in this, the future can only be bright.