There was a tumultuous energy afoot as crowds meandered and wandered their way towards the faint sound of hubbub and rumblings down by the docks. For many this was to be the first return to the dancefloor, a moment some had craved with eager desperation whilst others approached with hestitant trepidation. Would it be everything they’d waited for for so long? Might their energies have changed? What would it feel like? Were they ready?

Junction 2, like many others, was faced with a real risk of dissolution as a result of the pandemic. The London festival had done so well in recent years to establish a core following: a crowd committed to the vision and ethos behind the event which was originally built upon offering a unique, atmospheric experience beneath the underpass of the Boston Manor Flyover.

Junction 2, as in the brand, was forced to reinvent itself in the face of unprecedented circumstances. As a result of the innovative measures taken by the team they were able to survive and flourish. Over the past year Junction 2 have hosted an array of live streams from different venues, showcasing the potential of virtual events and an interconnected global audience brought together through a shared love of music.

Junction 2’s ‘Inner City’ edition offered an opportunity to pair the lessons learnt over the pandemic with the foremost principles upon which the event was originally based.

Taking place on the August bank holiday weekend at the Tobacco Dock in London the festival offered a unique opportunity to stream some of the most influential dj’s on the circuit whilst reopening the doors to dancers who’d been left out in the cold for far too long. The line up included key performances from the likes of Afrodeutsche, Dj Boring, Eris Drew, Ok Williams, Laurent Garnier, Nina Kraviz and more. 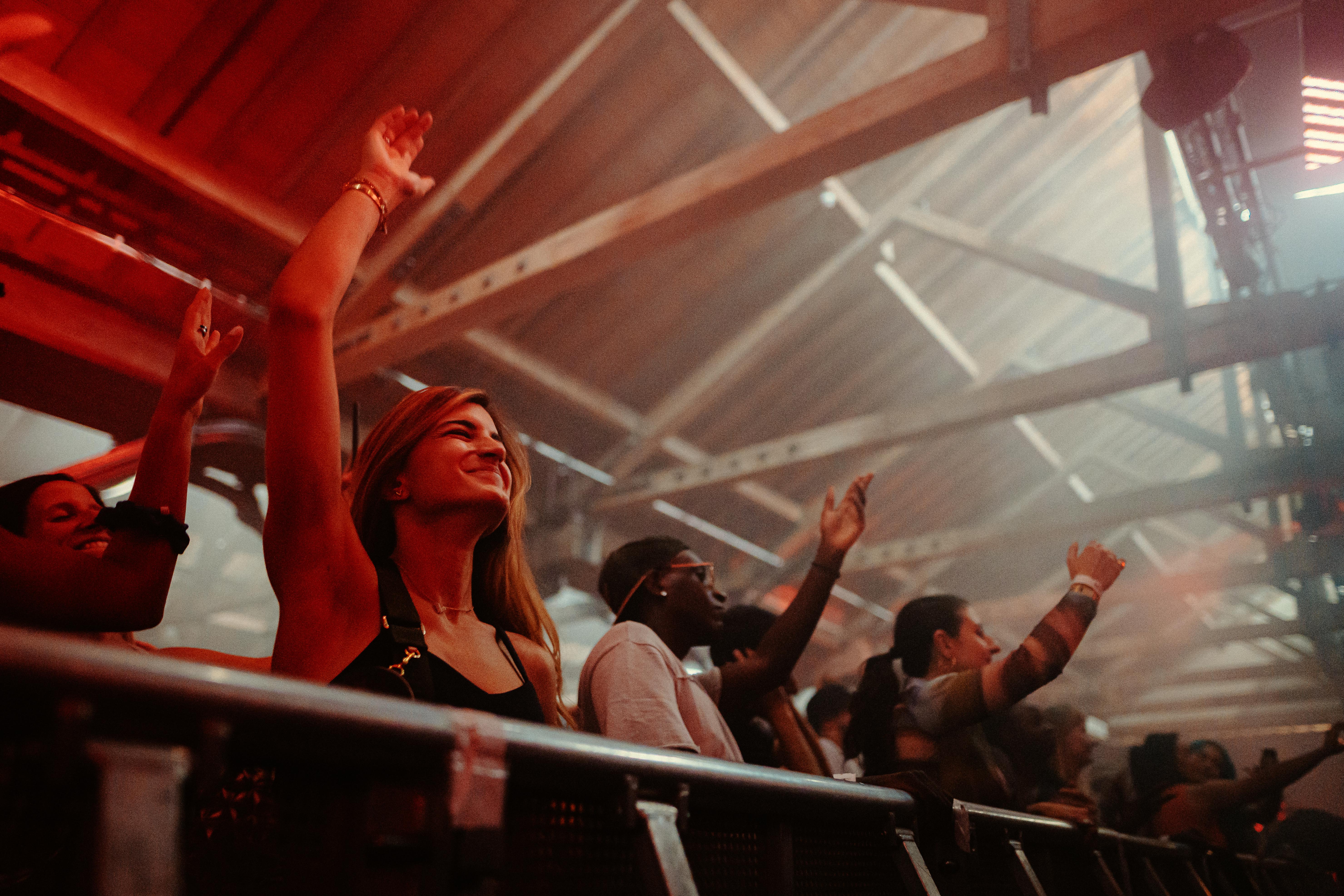 It's important to note just how impressive Tobacco Dock is as a space, there are very few places perhaps better suited and more magnificent to host a party in. From open air plazas through to cavernous underground alcoves and lofty barns it really does lend itself to the variety and versatility of Junction 2's carefully curated programme. It's clear that great attention to detail has been placed in pairing certain sounds to the structure which they will be housed.

As you move through this great venue, roaming between crowds of exuberant dancers and groups of friends it becomes clear that the atmosphere and tone of the event is uniquely special and joyous. There are plentiful smiles and whoops from hidden rooms - some lounge perched against tall pillars in conversation, ears ringing from wild, adventurous dancefloors conquered. There's a sun kissed haze in the air, it's almost fog like and from time to time a dancer will vanish out of site, disappearing into a dark room or round an unexpected corner.

The music itself was impeccable, Junction 2 have established a niche sound which sits somewhere between the leftfield fringes of house music and big room techno. A highly capable and versatile selection of dj's soundtracked a weekend which became a fragmented blur of swaying bodies, hands raised, bright lights and hard kicks. This is perhaps one of the best compliments which can be offered about the success of the weekend - the notion of being able to drift through a carefully curated party in a perpetual state of flow and flux is the end goal for each and every dancer. To do so accompanied by precise sound, close friends and intimate moments is truly unique for any festival. 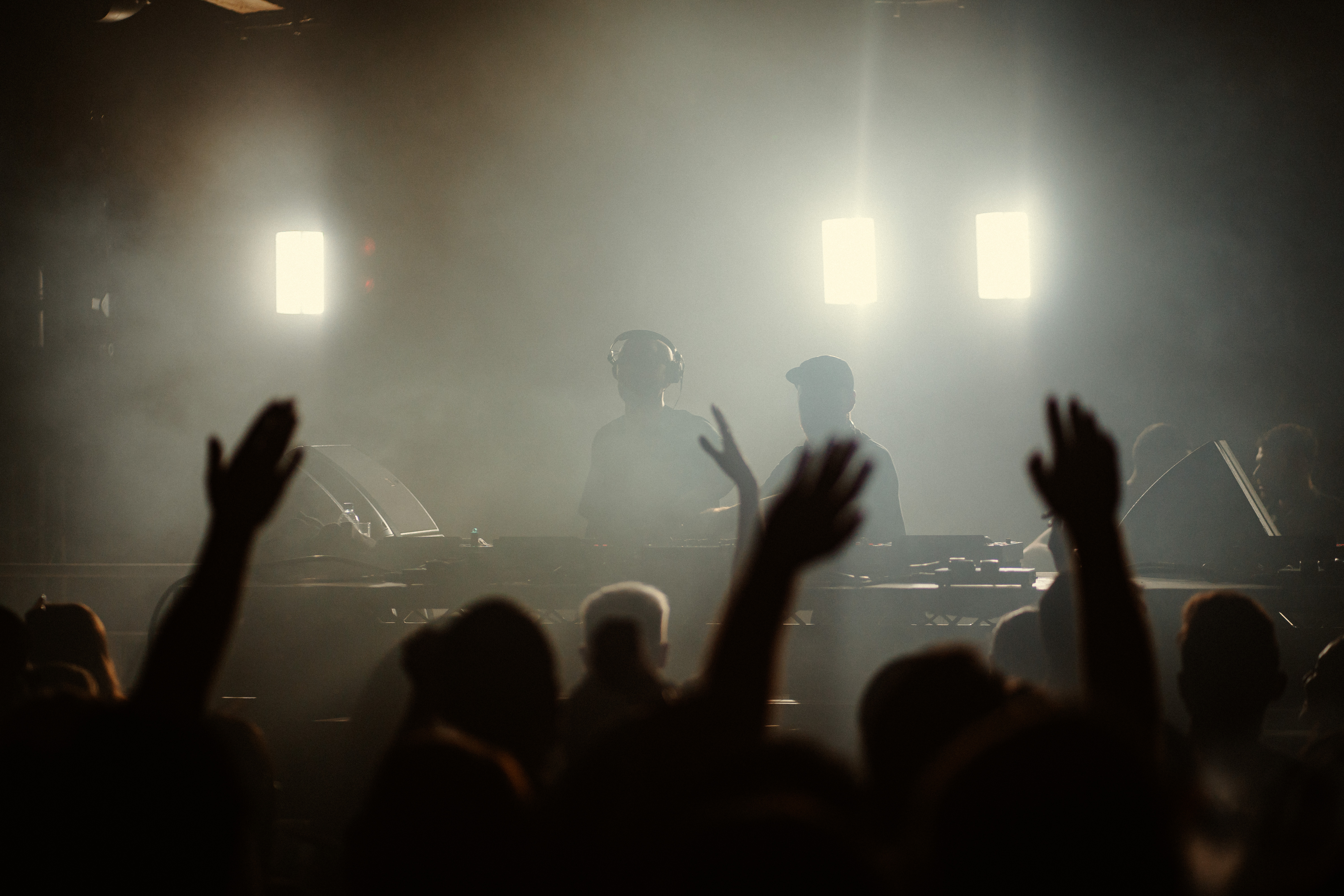 Highlights came in the form of a closing set by Laurent Garnier, the French dj remains as crucial and pivotal to dance and electronic music as ever as he guided thousands of dancers through a euphoric whirlwind of trailblazing progressive house and techno. It all leading up towards a climactic, psychedelic, crescendo with robotic vocals and wild acid ravaging the room before he vanished once again.

Whilst Laurent might have taken centre stage, the dark horse of the weekend came in the form of a titanic set from Effy who held no punches playing to a resilient crowd in one of the smaller rooms. She careered her way at some pace through fierce electro rounding off an impressively fast paced set with a militant track from a fair years back. It sounded as perfect punchy as hell through the distinct clatter of a soundystem which had been battered all weekend as it did on day one.

The team at Junction 2 should be monumentously proud of what they managed to achieve that weekend considering the uncertainty they faced only a few months ago. This was as triumphant return to the dancefloor as one could have ever imagined. Ears ringing, head throbbing - the next morning I received a text message asking if I'd like to do it all over again next weekend. If that isn't testament to the resounding success of the 'Inner City' edition then I sure as hell don't know what is.