The Shropshire-based festival boasts a line up including Afrodeutsche, LTJ Bukem, Altern8, Goldie and DJ Paulette.

The Shropshire-based festival boasts a line up including Afrodeutsche, LTJ Bukem, Altern8, Goldie and DJ Paulette.

Non-profit festival Audio Farm have reached the final phase of ticket sales for their five-day event, taking place between 2nd-7th September at Hopton Court in the Shropshire countryside.

The festival, which brings together some of Manchester's most revered artists, as well as DJs and collectives from across the UK, is striving to ensure that gender, race and sexuality balance is at the forefront of their line up.

With a programme that touches all corners of the electronic and live music spectrum, the event will play host to Afrodeutsche, LTJ Bukem, Altern8, Goldie and DJ Paulette, who'll be heading up proceedings, as well as artists behind several crews and collectives including Meat Free, Rave Against Racism, High Hoops, Bristol Dub Club, Melodic Distraction and Hold Tight Records.

Alongside the music, there will be an emphasis on LGBTQ+ performing arts, holistic healing therapies and yoga, as well as entertainment for all the family in the form of circus workshops and arts and crafts. Additionally, in an effort to support a carbon neutral world, Audio Farm Festival retains a full vegan food policy and has a ban of single use plastic on site.

Ste Chesters, an Audio Farm director said, ”We are elated to announce that the Audio Farm Festival will be going ahead this year. Our crew are overflowing with excitement and anticipation to reunite with everyone under the ceremony of unified dance. The festival will return to the magical, beautiful lakeside and walled garden grounds of Hopton Court for another chapter. After the challenges we have faced over the past year, this will undoubtedly be one of the most unique Audio Farm gatherings to date!”

Audio Farm Festival is a non-profit, fundraising festival brought to you by the minds behind legendary electronic nights in Manchester’s Sound Control, Islington Mill, Hidden, Antwerp Mansion and the infamous ‘Dugout’ Area at Festival Number 6. They are raising money for the Green Paw Project, a charity founded by the festival who currently supports a free veterinary clinic in the Galapagos Islands, a shelter and clinic in Peru and a dog shelter in Ecuador. 100% of the ticket money goes towards event costs with the remainder being given to fund the vital work of the charity. 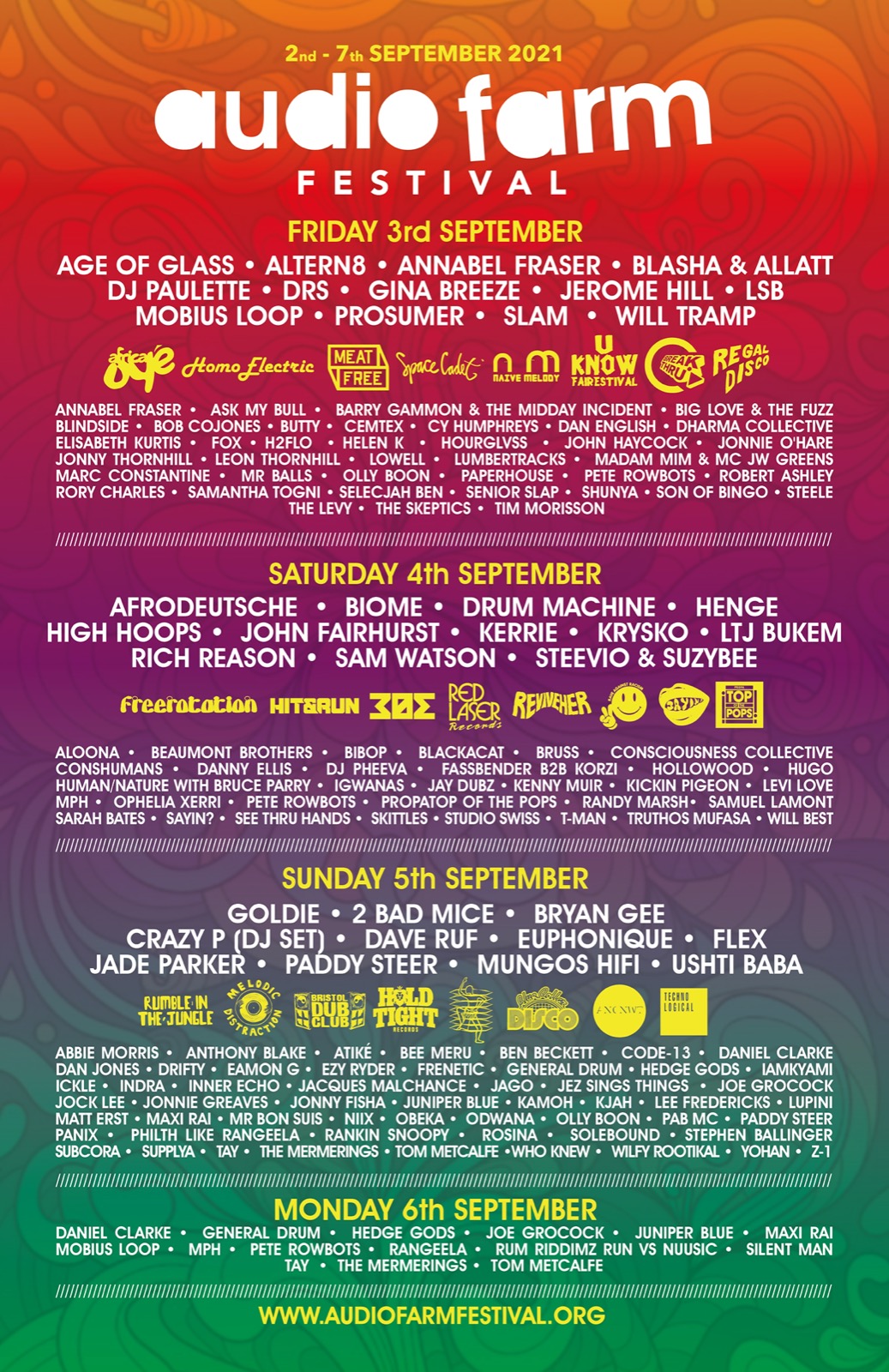 The next is on the 16th of October.

They have invited a selection of guest dj's to play on the night including Lakuti, Tash LC, Errol, Danielle, Otik and B.A.D. founder Niks.

New Sunday party launches at fabric in collaboration with Adonis

Sylvester is for the early risers.

The day by day breakdowns for the event were announced earlier this week with the likes of David Vunk, Jennifer Cardini, Pessimist, Shygirl, Jane Fitz, Eris Drew & Octo Octa all set to perform as part of an eclectic programme.