Last week marked the return of one of Berlin's most influential and creative, cultural events. Pop Kultur is a festival built upon a rich tapestry of influences which transcend the definitive stereotypes of genre. This years event was as important as ever, however it was also burdened by the responsibility of reuniting friends, artists, creatives and audiences in the wake of the pandemic. This was very much the goal of the team behind the event who had placed great emphasis on the creation of unique and riveting experiences at spaces across the city, physicality was to be key.

Pop Kultur 2021 showcased performances from some of the most innovative and forward thinking musicians of the moment with key appearances coming from the likes of Erika De Casier, Konduku, Sophia Kennedy and more.  Six thousand people attended across four days, three of which were at maximum capacity. However, the festival did face a unique set of challenges in the midst of the ongoing pandemic with several artists forced to cancel at the mercy of unprecedented circumstances. Festival director Katja Lucker reflects on the resilience and delivery of Pop Kultur 2021:

“People want and need art and culture. It was evident that the artists and visitors alike had an uplifting experience. This festival edition was hard work – but it was worth it. We hope to set an inspiring example for other organisers. In the process, vaccination is paving the way for society.”

The determination of the programming team behind the event is testament to the passion and character of Pop Kultur. At a time in which Berlin continues to face restrictions and limitations, the capacity to pull off an event with such precision and at such scale is truly admirable. One member of the team Yeşim Duman describes the value she feels they brought to a city which has experienced a challenging time.

“We spoke to numerous people who were totally blown away by all the range of sensations they had to forego for such a long time. In addition, some had the opportunity for the first time to immerse themselves in artistic disciplines that were new to them or in the lifeworlds of different communities. This kind of broadening of individual perspectives is important to us.” 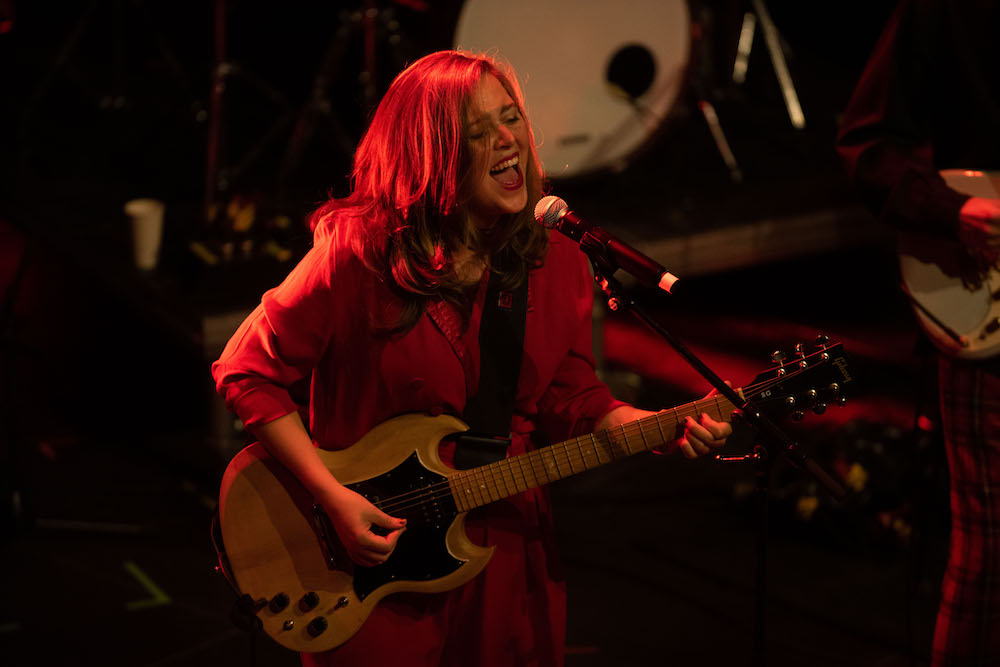 Albertine Sarges was brought up in Kreuzberg during the fall of the Berlin Wall. She draws upon her own personal experiences to create riveting leftfield 'pop' which she describes herself as being "erratic" at times.

This in and of itself is perhaps what makes her music and her performances so magic and magnetic, they are not but one thing, neither is she. This versatility and sense of fluid self expression is broadened upon through the thematic concepts of her music which often touches upon elements of sexuality, gender, feminism and mental health. A cocktail of socio political constructs explored through playful tonality, catchy hooks and whimsical, good old fashioned fun.

The festival might be over for another year but there is still time to review some of the cutting edge digital material recorded and produced for the 2021 edition.

One of the key highlights of the festival came in the form of an exclusively recorded visual performance from Marie Davidson and L'Œil Nu. She fronts the Montreal based quartet and this was the first time that I'd seen her peform with the group.

As a musician Marie is as versatile and determined as they come - this was perhaps made most clear when she announced that she was taking a step back from dance and electronic music having amassed a reputation for producing cutting edge new wave and proto house material for the likes of Cititrax and Ninja Tune previously. Her recent return to her roots as a live musician, in the truest sense as a vocalist was remarkable, risky and bold. It's damn well paid off though.

This performance showcases her unique presence as am artist, the music isn't rooted in the dancefloor as it was previously, with moments of sass, poignance and escapism dotted throughout. If it makes you move then great and if it doesn't I'm sure you'll find yourself feeling something else instead.

Pop Kultur has also always acted as an outlet for musicians to present and showcase new material. This year some opted to release new music as part of the 2021 edition.

Paradis Artificiel and Charlton Diaz have recently collaborated on a new single called 'Farrago' which pairs the artists respective sensibilities in a hazy, wonky, psychedelic, dreamy state. The track wanders and meanders between elements of krautrock and into the stranger, weirder fringes of electronica with wild key changes and beautiful melodies. It's all showcased alongside trippy visual design - a kaleidescope of colours as if peering through a looking glass.

Pop Kultur has just announced dates for next years festival - the event will take place between the 24th and 26th of August next summer.