Very few cities have been left untarnished by a perilous wave of gentrification. One by one neighbourhoods crumble as living accommodation becomes more unaffordable and unfathomable: leaving behind little room for the locals, their loves and passions.

Jimbo Jones is an Irish musician and songwriter who isn't afraid to speak about an uncomfortable truth. He has watched Dublin transform as a city over many years, observing the cultural changes which have taken place as both the young and the working class are forced to compete in an untenable environment. Flats go up, strangers move in, locals move out and the wheel keeps on spinning. This appears to be a sombre fact of life in the 21st century with cities across the UK and Europe all experiencing similar feats.

Jimbo's new record is called 'The Heat Death of my Hometown' and is described as being a record crafted as a result of adversity and exclusion.

"Built from the frustration of skyrocketing rents, ever-stagnant wages, and the erosion of cultural spaces, this concept album guides the listener through a detailed narrative in a rapidly decaying Dublin City. Documenting gentrification and emigration in a once-vibrant city, Jimbo creates a tapestry of sonic textures and electronic beats that maps out the entropic process assailing his beloved hometown."

We speak to Jimbo about his personal experiences with an ever changing Dublin...

So, tell us about the concept and construct behind the new record? It’s politically and socially motivated right?

"It is indeed politically and socially motivated. I wanted the album to reflect a lot of the feelings felt by Dubliners and Irish people in general and relate that to some of the socio-political structures that are in place. I really didn’t want to force any of these ideas down peoples throat though. Instead, I effectively wanted to take a photograph of the state of things from a local's perspective going into the 2020’s. I did this by just leaving my trusty field recorder on the table during conversations with mates until it was forgotten, or by sampling local creatives. It wasn’t until after I had written all the songs that I realised there was a political theme and a sense of anxiety running through all of them. Once I realised this, I started refining the field recordings to generate this narrative of gentrification, then emigration and finally restoration."

How have things changed in Dublin since the millennium, where have you noticed a shift?

"During the Celtic Tiger, Dublin was undergoing massive amounts of development. There was this strain of cowboy capitalism (particularly with property developers) that obviously lead to the crash in 2008. Once the crash happened the state stopped building houses, this being one of the major contributors to the current housing crisis. In addition to that there are and were very lose regulations on what percentage of new developments have to be social housing. This means that a lot of those property developers that were floating about in the Celtic Tiger are now capitalising on developing luxury apartments and hotels. Not only has this resulted in a massive hike of rent all across the country and shortage of social housing, but it has also meant that long standing venues such as Hangar (2018), The Bernard Shaw (2019), District 8 (2019) and Kino (literally 3 days ago) have closed to make way for some shiny new hotel. Not only is there this money grabbing mentality among developers, but matters are unfortunately made worse by big tech using Ireland as a tax haven. This has significantly hiked up the price of rent as their employees can afford the high prices."

How has the housing market lifestyles of young people and the working class been affected as a result?

"All of this has led to record levels of homelessness, and massive amounts of displacement and emigration. I saw the other day that a couple would need a wage of €100,000/annum each if they were a first time buyer in Dublin. Dublin is also the 5th most expensive place to rent in Europe. Virtually everyone I know my age is either living with their parents or they moved to a cheaper city in Europe. Because of this there are very strong feelings of isolation and disconnectedness among many of my peers."

You mention that a lot of young people have left the city, have you noticed any sort of detrimental impact on youth culture or lack of as a result?

"So excluding the closure of certain cultural venues, it is quite hard to pick out any discrete events that negatively impacted youth culture. There are consistently posts from local creatives and artists about relocating to a cheaper city as a result of being priced out (David Kitt /New Jackson was one that got a lot of attention a couple of years ago I once saw Brian Eno say that almost all massive cultural leaps or cognitive transformations humanity has undergone has been generated not by an individual or a genius, but by a collective. He called this (kinda corny) ‘scenius’. You see this not just in youth culture, but from the quantum mechanics that was discovered during the Manhattan project to the Abstract Expressionism that was coming out in New York around the 40s/50s. When these communities are nourished and supported, and most importantly, aloud to fail safely, that is when these massive leaps and bounds happen. I can see that passion here in Dublin, but unfortunately that passion is squashed into a part time job or it emigrates to a more affordable city. I think that is really the cultural impact that I have noticed; a lack of cultivation."

Is there anyone fighting appropriately against such change?

"Take Back the City were raising a lot of momentum against the housing crisis. They started occupying unused housing to show that there are properties available. One of the samples on the record is from one of their occupations on North Fredrick Street in which they were forcefully evicted by private security who injured many of the activists (broken collar bone stuff) and then handed them to the Gardaí. Their actions were fairly reflective of the frustrations felt by much of the population however, the media didn’t paint them in a very good light and they dissipated soon after.

There was blatant illegal eviction back in August, which again was escorted by the Gardaí. Dublin Central Housing Action helped out the helped the tenants re-enter their home. CATU are taking a different approach by educating and unionising tenants. And there is also Inner City Helping Homeless which do stellar work helping people sleeping rough.

To be honest I could pull out a lot of examples but you get the idea. Pretty crooked stuff." 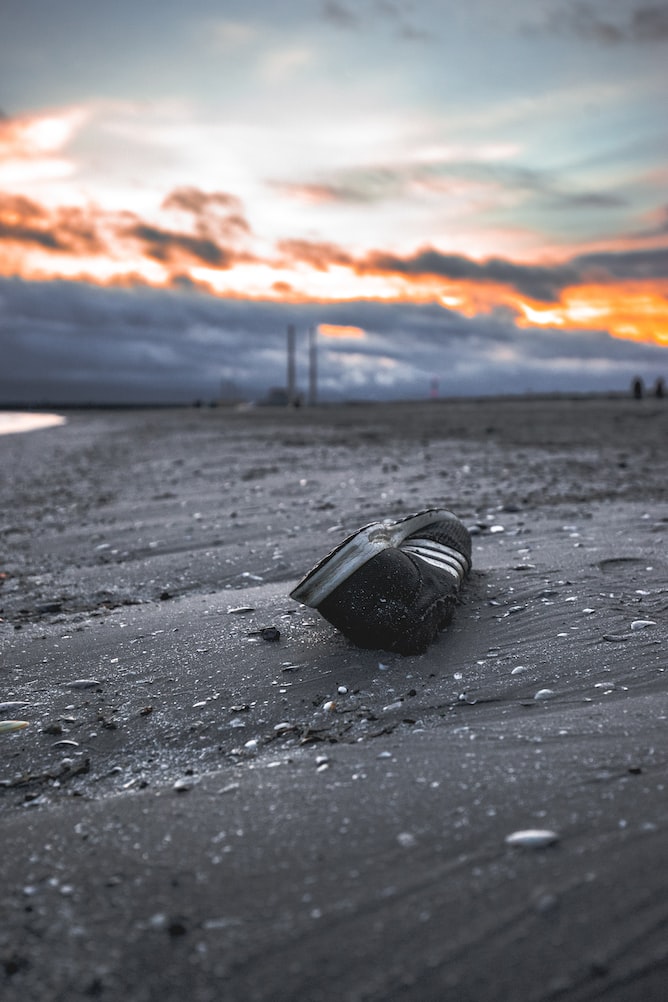 Do you feel that the likes of Taking Back The City are essential in long term change or would you like to see broader measures actioned?

"The last two significant changes that happened in Ireland were the repeal the 8th and marriage equality referendum, both of which had a strong grassroots movement. I think the likes of Take Back The City was trying to imitate the passion and momentum these movements had. How it differs from the referendum though is the simplicity of a for or against ballot. This means turning the frustrations from the housing crisis into positive legislation is comparatively far more difficult. Therefore I think the actions of these organisations is going to be fruitless unless it has been properly organised and considered. That is why all the profits from the record are going to CATU, because I believe they have that passion, but are far more measured than previous attempts. Ultimately, we need affordable housing."

What’s your own personal relationship with gentrification? What role do you feel it has played in the dissolution of Irish communities and the capital?

"I didn’t want the album to be about my personal experiences of gentrification. I wanted to use Jimbo as a bystander in Dublin City and through him, reflect these processes. Eventually, from originally emigrating due to rising rent, or lack of cultural spaces, or isolation etc. etc., Jimbo sees that this process is not one that is solely situated in Dublin, but is a wider global issue which has many facets and grey areas. For example, there are obviously plenty of self-serving landlords out there, but is there a responsibility on the stingy student moving to these traditionally working class areas, and if so how much? Who is complicit in these processes? The point being that gentrification is a multi-layered problem that is interconnect and ingrained in so many facets of society that there is no one size fits all solution. It is not possible to single out the landlords or Facebook or the property developers or complicit legislation or the new trendy café etc. The system is set up such that it is very hard to move through it without in some way contributing to the erosion of these communities and it is very easy to capitalise on them."

How do you feel the likes of Brexit may affect Dublin from trade perspective?

"I don’t feel I am the lad to ask about Brexit to be honest. I do think we will get more brits coming over here on their holidays due to the Common Travel Area. You are welcome to stay on a couch if you need."

You chose music and often spoken word to tell a story and narrative about such experiences? Does this act as an outlet for you and if so why?

"A lot of the spoken word I chose was either local creator's words (shout out my friend Jessica Foley) or some fairly prolific Irish writers. I wanted to put their words into todays context and show there relevance; to show how these processes are cyclical and that their reach extends over the width and breath of this city as well as throughout time. The pub talk field recordings are really just nostalgia. As I said, I was using the field recorder as a  kind of camera, capturing a specific time and place that will never be the same again. It is like when you look over old pictures, except now you’re listening back to that time you tried to make a joke and it didn’t land and you cringe! A lot of the public transport field recordings really gives me that rush of nostalgia."

Ahead of their appearances at We Out Here, we explore the mission and motive behind South London mainstays Touching Bass, Lemon Lounge and Steam Down.

Where Active Solidarity Strikes the System: In conversation with Queer Base

The Vienna-based LGBTQIA+ organisation discuss their mission to fight for structural change and help refugees acquire housing and legal support.

A Soundtrack for the Sea: Ian Urbina talks about the musical counterpart to his book 'The Outlaw Ocean'

Human trafficking, slavery, conservation, piracy and more inform the soundtrack to one of the most important books of the decade.

How exactly did a member of Gong inspire a snooker world champion to take up the modular synth and lose it to drum ‘n’ bass at Pontin’s?

"I have a complex relationship with it. I realise how unhealthy it all is. But it has its place (for now)."