A mentally disturbed and challenged youth, whose bizarre dream and fantasy world lures him into murder and much more... all the while, he’s conversing with a mirror and having assorted psychedelic visions...

Or how about an opening scene which includes a woman with mouths for eyes and our hero having his back unzipped and his spine pulled from him by that weird looking fella from The Hills Have Eyes...

It’s the plot and curtain raiser for horror film The Evil Within and yet even this bizarre storyline is still not the weirdest thing about the movie. Try this on for size instead – written and directed by one of the heirs to a billionaire’s fortune, self- financing his debut film with little or no formal training; more than 15 years in the making, the director tinkering with cuts and special effects, only to see the self-same creator die just as a director’s cut of the film was being finished, his sudden death linked to a lifetime of drug abuse. Truth is stranger than fiction, but in the case of this film, directed by Andrew Getty, one of the heirs from one of America’s wealthiest families, both are pretty strange...

The story begins with Getty, part of the highly wealthy oil baron family, investing part of his own personal fortune into making his vision of a horror film, with the release on DVD and Blu-ray, a decade and a half down the line, marking the end of the journey. That it has finally seen the light of day, two years after Getty’s death, is thanks in no small part to the efforts of editor turned producer Michael Luceri. The pair met in the early 2000s, by which time Getty had already filmed most of The Evil Within. The plot is as outlined above; arguably a dubious subject matter, one which was inflected with imagery and ideas from Getty's own dreams (his family life had been surrounded by all sorts of tragedy and was, if The Evil Within is anything to go by, beyond psychologists’ standard definition of fucked up). He’d bankrolled the whole thing himself. Luceri, a budding film editor, met through a mutual friend. 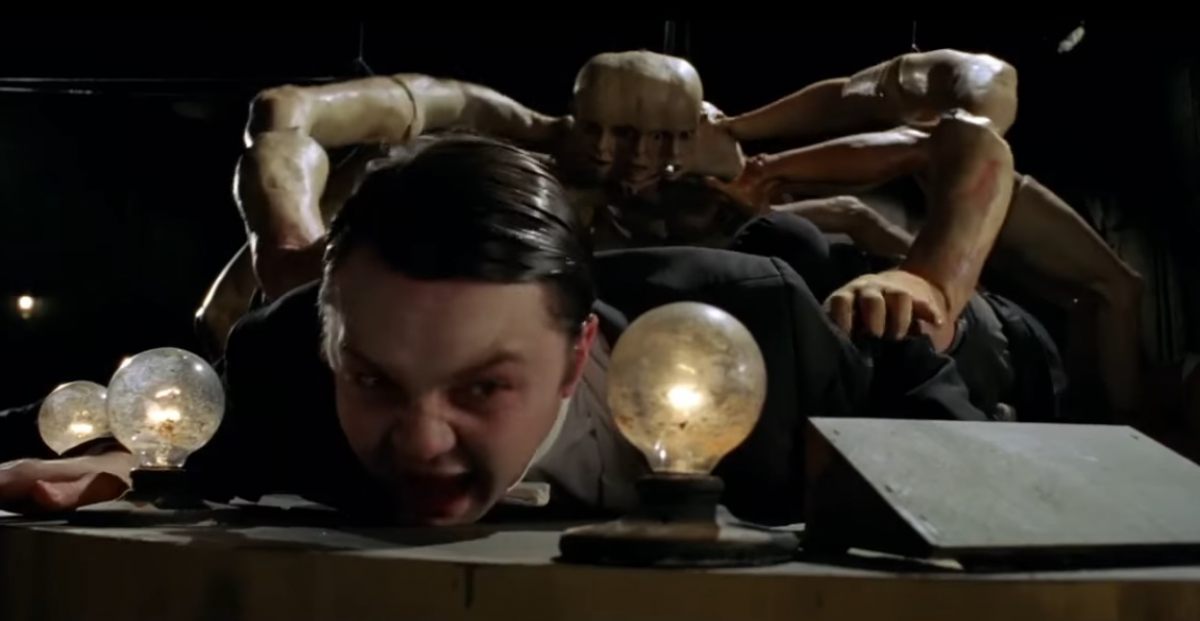 “He’d spent $6 million and needed a new editor,” Luceri now recalls. “I went to his mansion, he interviewed me as well as a guy from MTV and someone from Disney, two big companies. He asked me to tell him why he should pick me, I offered to work for him for two weeks for free, then, two weeks later, we just stuck together. “We worked long and hard on it, we worked really hard.” And thus began a 13-year journey, 13 years of hard work as a team, no less, starting with a “a very rough cut from the previous editor”. As Luceri wryly notes, “we still had a fair bit of the film to do’. There were reshoots, pick up shots, both of which were rather more extensive than originally intended, and tons of effects shots. “We would play around with the the editing,” explains Luceri, adding that scores of effects, far higher than the average film of its ilk, were used. There was a lot of talking about the effects and how best to achieve Getty’s vision. “He had a very vivid image of the movie in his head, before and during the shooting of it. He had an amazing memory, and an amazing mind,” explains Luceri. What’s more, he wasn’t prepared to do anything to undermine his vision. “He wasn’t going to compromise, it was one of the things that took forever. He said on his second or third movie he’d make compromises and take shortcuts.”

Getty had planned his career ahead that far, he was planning to move beyond horror and explore other genres too. Luceri says Getty was influenced by, among other things, The Exorcist, Sam Raimi, Kubrick, Jodorowsky and “Jacob’s Ladder had a strong influence on us as well for this particular movie”, but was also a big James Bond fan, expressing an interest in moving into spy film territory too (Getty’s career was nothing if not planned out). Ever the film fan, Getty would often break off for inspiration: “We’d talk about Ray Harryhausen, then he’d cut off and we’d have to go and watch some Harryhausen.”

Despite his deep pockets, money wasn't always forthcoming during this period. “It was self- financing,” says Luceri, “you’d think he would do it quickly, got a nice amount of money compared to most of us. But he had a mansion and had employees, there was a high level of maintenance. The money would sometimes trickle in, sometimes it would run low.” Getty operated a strict regime over the years, as Luceri recalls: “He believed in 9 to 5. It was nine to five, Monday to Friday.” Did Luceri never become disheartened though? “I believed in Andrew all the way through, believed in this film.” 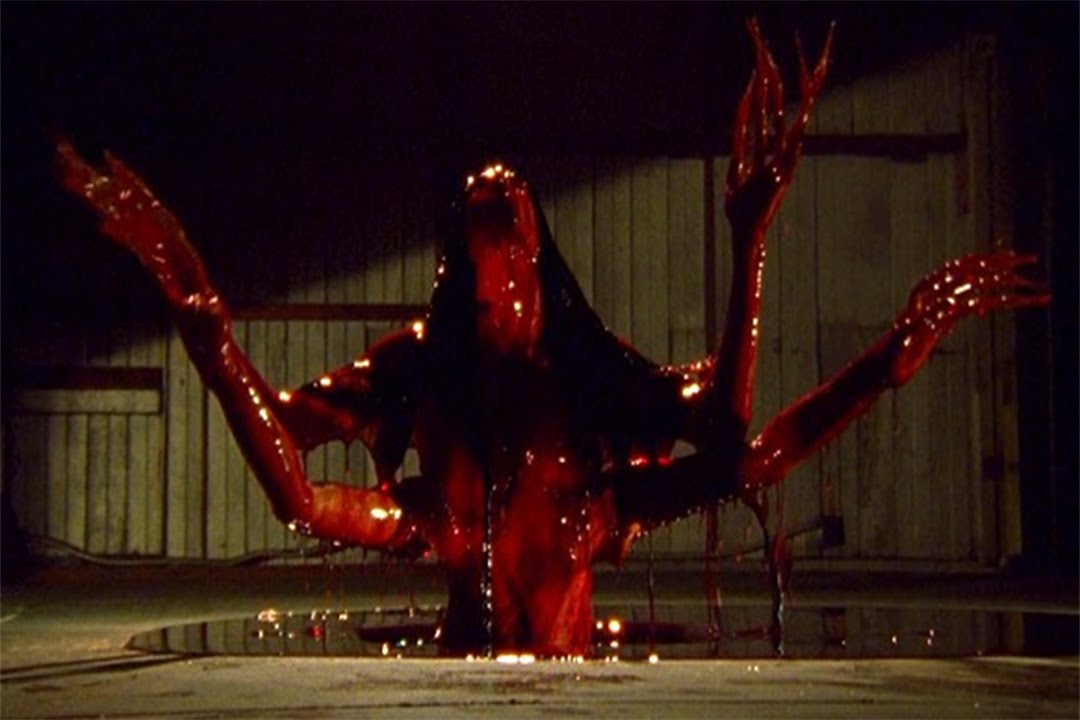 Finally, after 13 painstaking years, the film was nearing completion. Then tragedy stuck. “We’d done the last effect, put it into the film, it was ready,” recalls Luceri. “I’d called him on the Friday, it was ready. We had a two hour and 15 minute movie, that would be his director’s cut. We were at the point of [looking at getting] distribution. The director’s cut was finished, it was easy once that’s done, we’ll do a commercial cut. I called him, said the last cut was in. you’re finally done. He was really excited. Whistling and singing, and then he passed that Sunday/Monday.” Luceri blames an unknown aneurysm in his stomach, saying: “He was a very tall, very strong guy. I didn’t think anything could get him really. It was a shock and a surprise. I did know he was diagnosed with an aneurysm almost two years before his passing. He cold turkey quit drinking, he cold turkey quit smoking… But we knew there was a ticking time bomb. They’d never detected the one in the stomach that was the one that blew… It was a tragic shock.”

Luceri had become genuinely close to Getty – he still sounds surprised by his pal’s death. Other reports, however, suggested that “acute methamphetamine intoxication” was a contributing factor, while he was said to have had a daily meth routine, drug paraphernalia was found in his mansion. To be frank, having seen The Evil Within, you’d have to believe that, somewhere along the line, drugs were involved in Getty’s life. But Luceri is understandably reticent about his pal and boss’ substance abuse, preferring instead to concentrate on his talent. Getty’s will left another pal, Eric Berliner, as executor. As Luceri notes: “Andrew left Eric as executor to his life dreams and life goals. It took longer, but we found a way [to finish the film]. He was our best friend, we wanted his legacy to be proven. We weren’t going to let people think he was another trust fund loser. “The family understood it,” he adds, “it was his life. his passion. The family were more into opera, but film was his art.”

Now, two years after Getty’s death, the film is finished, Luceri is suitably proud of the Herculean effort it took to get there as well as the film, as well as the fact that most reviews either love or hate the film: “There’s no middle ground,” he notes. “His perfectionism has taken 15 years, it looks beautiful. He was just a beautiful visual artist. He had a really unique luxury, he didn't care how long it took to to make. He really thought about the audience, understood what they liked. “He didn’t have to listen to others, to studios, he made the film he wanted. It’s filmmaking in its purest form.” Once the dust has settled after this release (“We’re going to let this fester through the world and the UK… I’m taking a few months off”), Luceri and Berliner are hoping to continue this kind of philosophy as filmmakers. Luceri ends by paying tribute to his great friend. “He was a once in a lifetime person,” Luceri concludes. “He was so much fun, he was infectious. Every day I showed back up at his mansion, there was always something to look forward to. It’s really sad the world can’t see what he was going to make next, he was borderline genius.”