8 Years: A reflection on 'Voyage Voyage'

As the longstanding Berlin party closes its doors we take a moment to take stock.

8 Years: A reflection on 'Voyage Voyage'

As the longstanding Berlin party closes its doors we take a moment to take stock.

8 years ago, surrounded by shots and confetti, Bene (The Swift) and Stephan (22ROCKETS) looked at each other and said “ lets start a Voyage” with only one rule “let’s book what we play”.

They both worked at Wilde Renate, a local hub. Bene was the graphic designer for the then young club, and Stephan promoted “Spank me Disco” which evolved in to the iconic "Paradisco" hosted by the infamous Paramida.

Looking around the mainly techno, tech - house Berlin music scene, they wanted to showcase a taste in music not yet mainstream amidst the Berlin underground. Fascinated by a brand of electronic music established by the likes of Andrew Weatherall & Sean Johnston (aka ALFOS), Ivan Smagghe and Cosmo Vitelli as well as labels like Permanent Vacation and I’m a Cliche they felt the need to create something different.

The first Voyage was on all counts a great foundation, but with the passing of time the memories of that night have faded and all that remains is the line up. Thankfully the party carried on every two months for 8 years. The party became a benchmark for the modern electronic music scene with bookings that cast a prophesy for many careers: Hunee, Psychemagik, Moscoman, Timothy Fairplay, Lena Wilikens and Palms Trax.

Throughout the voyages there were so many memorable key performances such as the Die Wilde Jagd concert in the black room, Red Axes in the Green Room and of course legendary 9 hour sets by co host 22ROCKETS.

The artwork for the nights was consistently produced by co-host and Renate's resident Graphic Designer for the whole series. Check them out here and see below...

The night has grown and kept people with it along the journey, making firm friends with like Manfredas, Diskjokke, Curses and many more. The crowd grew older over the years, learning and broadening their tastes, being exposed to new acts and as well as those that they always wanted to see.

”Come to Wilde Renate on a Voyage night and you could be sure to hear great music with an educated crowd” says Bene (The Swift).

On that note we bid farewell to this great party, which has inspired a lot of musicians and promoters around the world to think differently, to slow down the tempo and pursue their fantastic travels. The Voyagers journey will continue...

Find a gallery of artwork below... 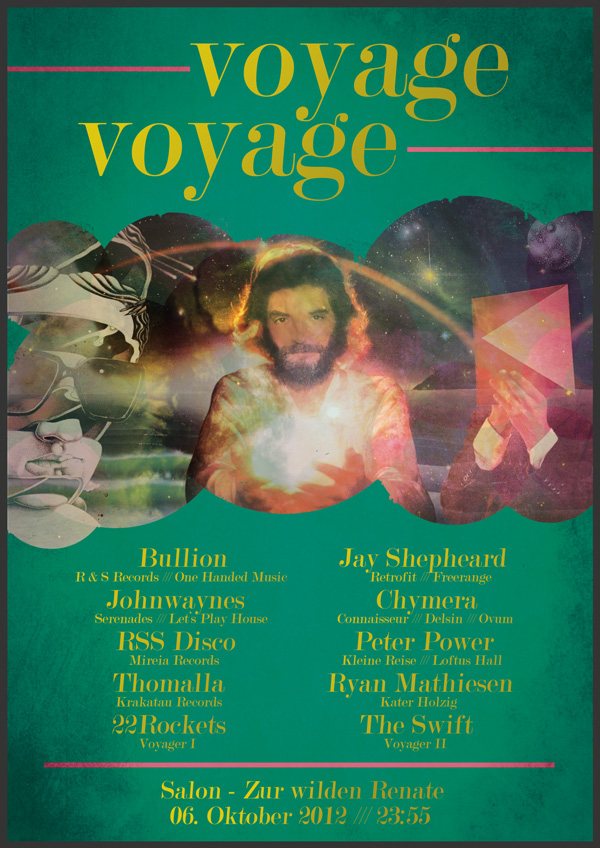 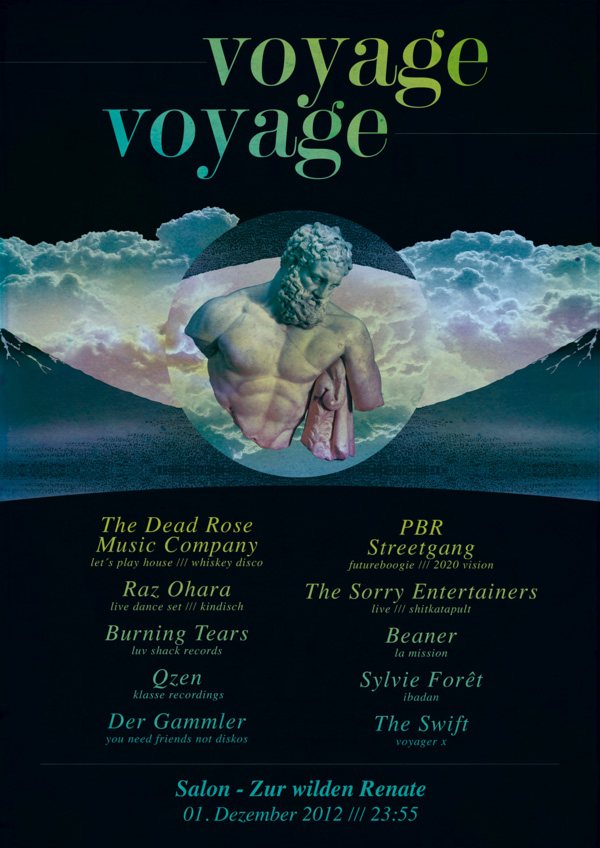 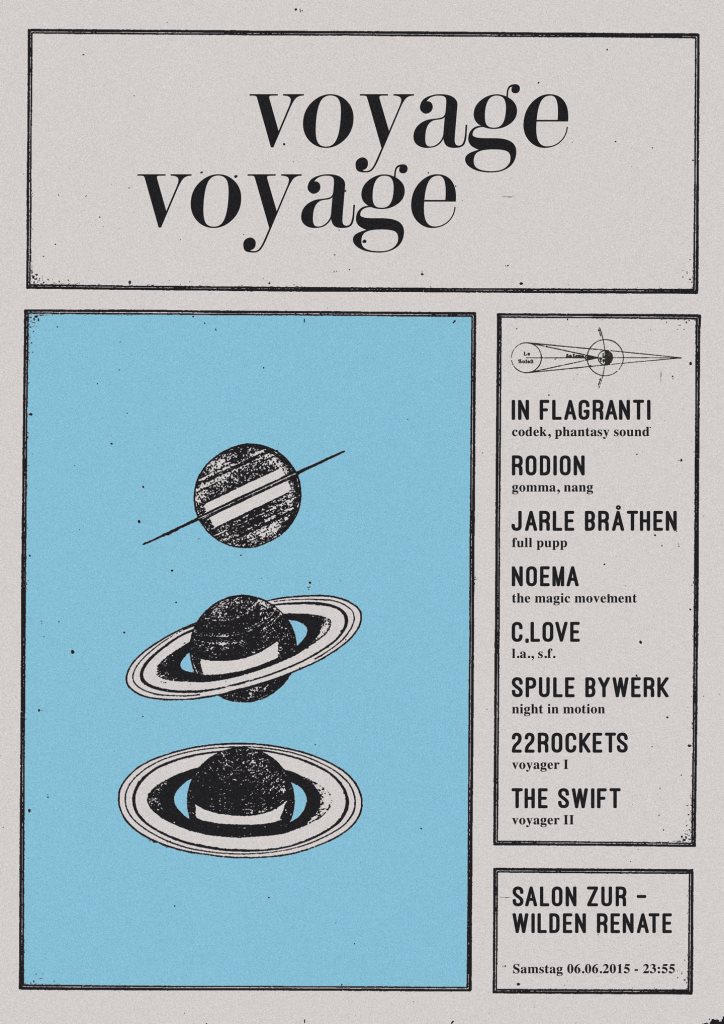 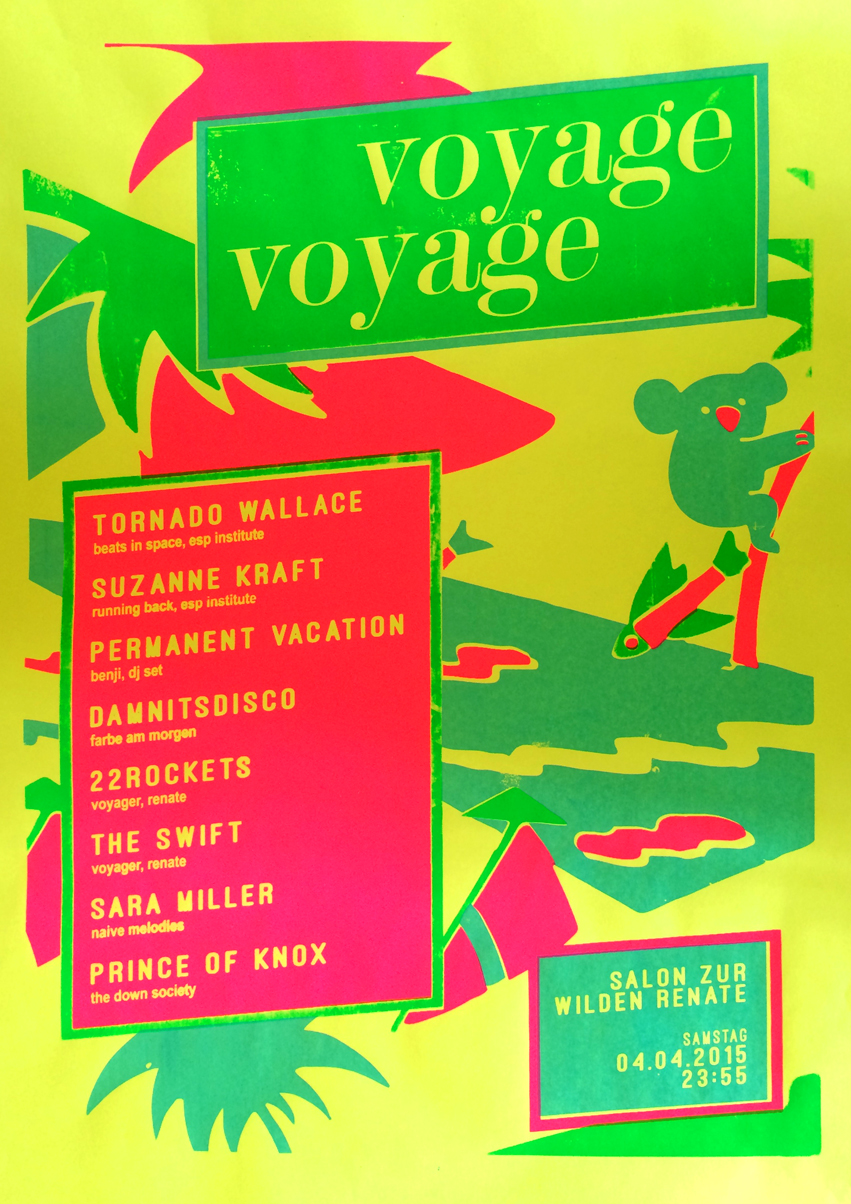 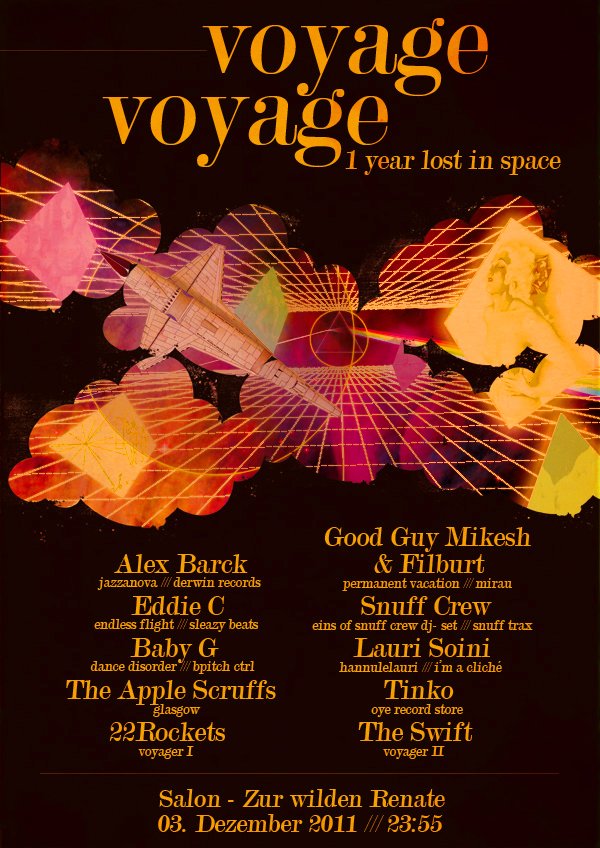 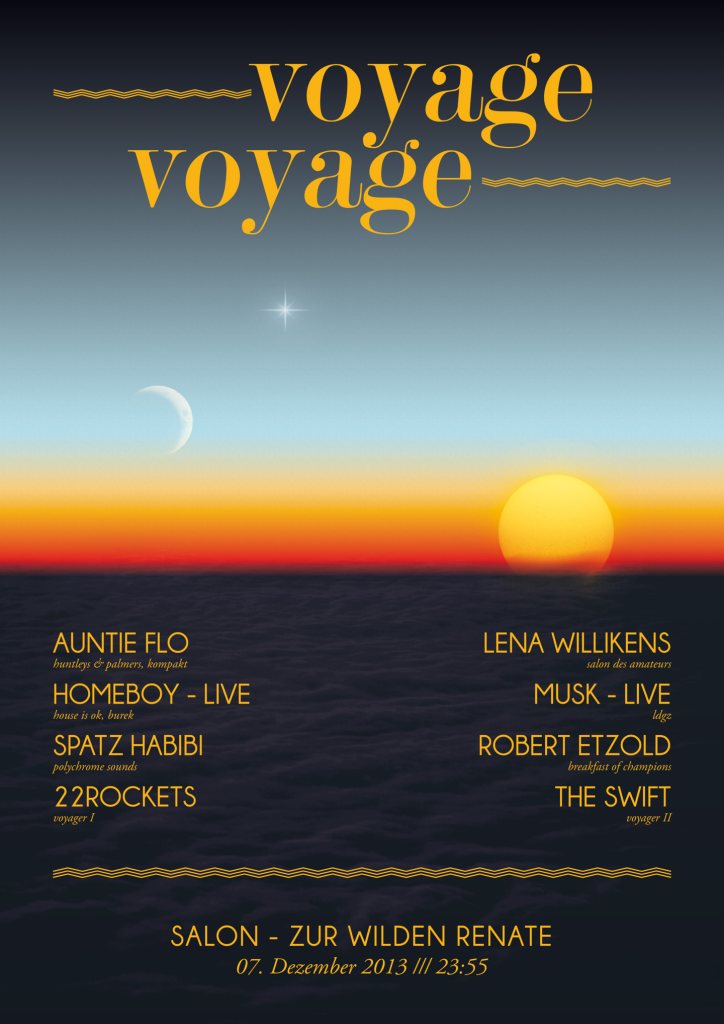 For the last Voyage Voyage we will welcome three live acts to accompany the DJ sets in each room. We hope to see you there. More details HERE.