View From The Side: The Slow Destruction Of English Nightlife
Minute Read

As readers of The Ran$om Note, many of you are likely to have spent some time dancing the night away in on Brick Lane at one of the venues that used to offer late night activity – and even perhaps in the Vibe Bar.

We at The Vibe Bar started our lives putting on Acid House parties. In Australia we ran events called Unity – raving in industrial warehouse complexes and even putting an event on in Sydney Opera House. Back in the UK, we were involved with the first Spiral Tribe parties at the school house, worked with AWOL and staged one off parties across the UK, many in Liverpool following the days of Quadrant Park. We saw London in the late 80’s – where “clubbing” often meant girls and boys dancing separately, black and white not mixing – and a big punch up at the end of the night. Acid House changed all that forever.

One of the things we were so impressed by was the phenomenal pool of young talent that was finding its way to the fore, with numerous creative young minds making a mark in the world, from choreographers to graphic designers and artists and, of course, producers and DJs. We wanted to bring together the talent and enthusiasm of our generation and see what could happen. We were putting on some of the early UK Garage events in London, at clubs like The Yacht at Temple Pier and EC1, now long departed.

The first meeting I had at The Old Truman Brewery I knew we would make some magic and do some great things. Having agreed with the purchasers of the 10.5 acre site that our vision to bring in music, film, art and fashion all together combined was a sound one – if not a tad ambitious – we went ahead with what we knew best. Promotion. We cherry picked some of the best people we knew to become the first tenants of the site. They included DJ’s like Grooverider and Ray Keith, producers like Talvin Singh alongside others that have gone on to make an enormous mark, such as photographer Amelia Troubridge, writer and director Ray Shell and many others, all the while working continuously with such talents as choreographer Lynne Page in the thing that anchored the entire site, the place to meet, network, do business with one another during the daytime then try out new sounds, words, performances, dub plates and mixes at night – The Vibe Bar.

Initially many people in the business said that “no one will ever come all the way to Brick Lane” for an event. Soho ruled as did a bit of Notting Hill – and East was definitely out. We loved the challenge. More than that, we were all building something qualitatively new. Soon enough, many of the dance publications and national press covered what had been quite some achievement – a hub of new creative businesses in the 25-building site.

The Vibe Bar always acted as a magnet, a catalyst, a place to have a great night out that would be the beacon for new and more young people, determined to make an impression on the world – or just have a good night out. More people came to the area. We went through numerous ‘phases’ in the UK, the 90’s “Cool Brittania” attempt by politicians to saddle themselves to creative business; the now-you-see-it-now-you-don’t ‘celebrity’ bar; the big branded quick roll out “dj bars”.

The Vibe Bar, however, was always about showcasing the next generation of talent. About breaking boundaries and exploring and experimenting. That is why we did the first ever live Internet broadcast from Glastonbury in 1997 with DJ Cleveland Watkiss and Derek Richards from Hyperjam – and went on to sponsor the UK’s first ever Internet Radio Station with Mr C, Gaia Live. We had free Internet and computers in the bar soon after Bill Gates said “the Internet is irrelevant”. We didn’t make as much money as him of course, but we embraced innovation, experimentation, bringing different musical genres in, having poets, performers and open mic nights peppered in between our fun packed nights where artists, fashionistas, renegades and business people would all mingle and mix together hatching up plans or just simply wanting to hang out. 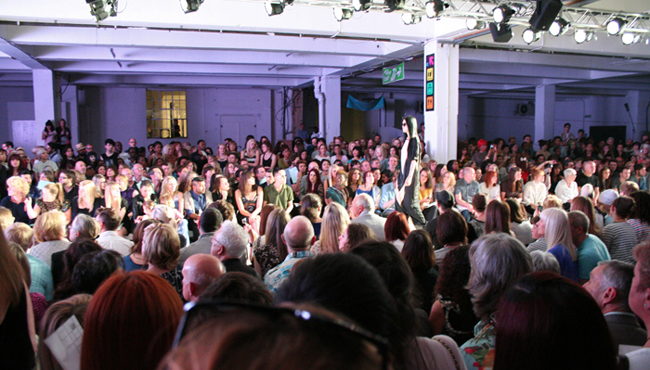 When the Criminal Justice Bill came out, there was suitable concern and challenges, particularly from those involved in the dance music industry. It became an Act of course, however many were able to manage the transition in to clubs. One of the things that is extremely concerning in the recent period, is the series of limitations, restrictions and attacks that are being made on night time activity all in the name of the public. In Tower Hamlets, a curfew was imposed on all licensed premises that prevented anyone being permitted Temporary Entertainment Notices (TEN’s) beyond 1am. The police informed everyone that this was to prevent “Anti Social Behaviour” – a term that can mean everything and nothing. The curry houses have also been stopped from having TEN’s, and now the licensing authorities have decided to prevent them going beyond 12 midnight, not their licensed time until 1am.

What does all this mean?

In addition to this, licensing has imposed all sorts of continuous pressure and scrutiny on venues and licensees – most of whom are too concerned at losing their valuable license to go on public record in the press about it. From large increases in security personnel to mandatory ID scanner machines and CCTV, with “696” forms for all DJ’s, and a host of Health & Safety and Risk Assessement documentation it is a wonder anyone gets to do anything at all.

Worse though, is that the attitude that paints the public as all potential criminals, all a potential ‘nuisance’ in the parlance of the licensing jargon. Indeed, the public these days are presented as being all potentially out of control. Not to be trusted. Ironically, they’re all very compliant, handing over passports and driving license ID’s, having bags and body searches, even as ever-increasing legislation is being imposed to restrict public fun, business activity and the driver of creativity in the UK; the night time economy.

From “Early Morning Restriction Orders” to “Saturation Zones” , “Late Night Levies” to “Cumulative Impact Zones” the attitude of authorities today is that businesses need to be reigned in (one of the few dynamic industries in the UK today) and the public have to be limited. Forget cities like Berlin, Paris, Barcelona- London and UK cities are controlled zones. Is this acceptable to you?

Don’t take my word for it. Take a look at the latest piece of legislation, passed last week entitled Anti Social Behaviour, Crime and Policing Act. These days, whether you are a busker, a country rambler who enjoys walks, a night venue business in the city, or a general citizen who wants to not be monitored at every stage while enjoying their recreation, you run the risk of being stopped. You couldn’t make it up but it’s true – we now have “Public Spaces Protection Orders” where councils can potentially stop everything, from what people wear to where they go. The Vibe Bar has had twenty fantastic years of working with some of the best talent around. We are closing on our birthday, it is an apt time – appropriate in so many ways. The narrow minded policing of night time venues, by police who seem incapable of holding the line when a few youngsters kick off and loot some shops, but come en masse in yellow jackets with clip boards to restrict business, reflects our risk averse times. But we all need and deserve something better.

There will be a statement circulated for people in the Night Time Economy and beyond, who think attacks on bars, clubs and restaurants are wrong and that we need to rethink that approach. You should sign up and get involved. From all of us at The Vibe Bar, it has been an incredible journey. Here’s to the future!